On Par with Baidu Apollo, The Genius Team Intends to Make Pony.ai Be Equal in the Match with Waymo

Pony.ai is now the only startup that has acquired Beijing T3 autonomous vehicle testing plate right after Baidu - the Chinese Internet Tycoon - and its ambition is to keep up with Waymo, with efforts on delivering robotaxi fleets. 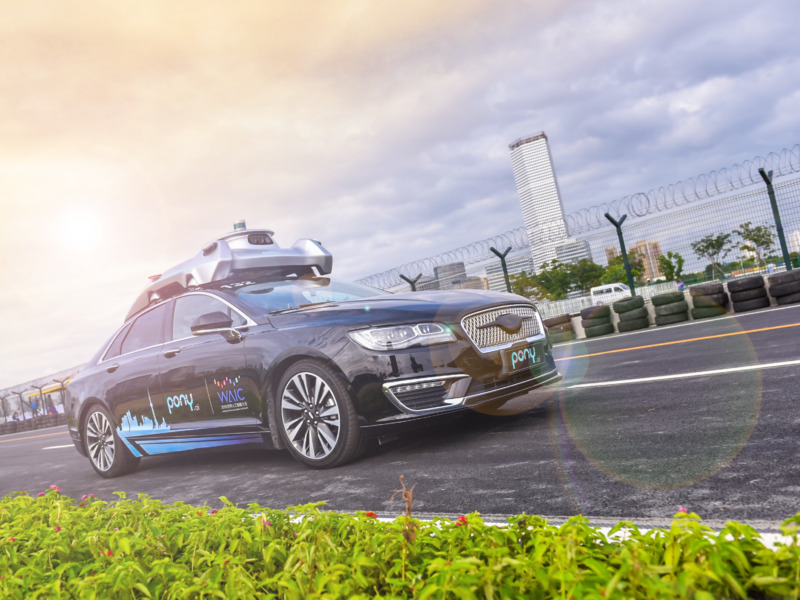 Business pioneers lead the trend and cultivate talents as well.

Global autonomous driving leaders, like Waymo, Tesla, Mobileye, etc., have exported numerous talents to the industry, globally wide for certain. Baidu is seemed to play a similar role in China with the above global pioneers.

In order to figure out how this Chinese Internet Tycoon had helped the development of the autonomous driving industry of China (click to check the original article on our Chinese website), EqualOcean used to make a name list of those senior autonomous driving talents “escaped” from Baidu. It showed that 28 tech seniors left Baidu and then established 18 driverless technology startups because of the organization rigidity of this large enterprise, or maybe the great temptation from the vigorous venture capital market. They believe the market will be huge enough to breed a series of participants in the industrial chain.

Among the above mentioned 28 tech seniors/seniors, PENG Jun (彭军) and LOU Tiancheng (楼天城) co-founded Pony.ai in December 2016. The company has already made relatively remarkable achievements so far. It was the first unicorn company among all driverless technology startups in China, and hitherto has raised a total funding amount of USD 235 million and had a market valuation of USD 1 billion.

Pony.ai is on par with Baidu, with Beijing T3 plate

What can prove the actual capability of Pony.ai would be the obtainment of the T3 plate. It is commonly accepted that the T3 plate has the strictest admission control all over the world, and is the highest level of road test plate issued in China so far. T3 plate requires the test vehicles to have a comprehensive series of abilities, such as road condition cognition, traffic law compliance, planned route execution and emergency response On July 2, 2018, the company announced that it had secured the T3 autonomous vehicle testing plate in Beijing, making itself the first startup on the list, right after Baidu. And in fact, Pony.ai and Baidu are the only two companies in China that have secured the T3 plate so far.

Just like the human driver plate, to obtain the T3 autonomous plate needs to pass several examinations (listed in the chart below), and before the road test, T3 plate demands the vehicle to finish a 5000-km training in a certain blocked training ground.

Pony.ai passed all these series of tests, within only 10 days.

PonyBrain, a whole new platform other than ROS

Pony.ai’s technical route has its own characteristics.

A truth is, “You go get a couple of graduate students together, you get a car, you download ROS (Robot Operating System), and you can probably get a self-driving car driving around a parking lot within six months”, said Chris Urmson, the former head of Google’s self-driving car program, in an interview with The Atlantic.

Other than selecting ROS, Pony.ai chose another technical route - they tried to build a whole new platform, an autonomous driving system as well as the operating platform, named PonyBrain. Because the team believed ROS was not the best suitable solution for the autonomous vehicles, and they claimed that PonyBrain had its own advantages, like supporting fast iteration, better adaption to the onboard computing environment, and improving real-time performance, job scheduling and data transmission capabilities.

As a result, “PonyBrain is 20 times faster than the traditional ROS”, PENG Jun said in an interview with Xin Zhi Jia before.

According to Pony.ai’s news published on their official website in Sep. 2018, the company debuted its latest self-driving system: PonyAlpha, which was claimed to be the country’s first-ever product-ready autonomous vehicle system, a full-stack self-driving solution that had achieved levels of stability and performance capable of sustaining a consumer ride-hailing fleet.

An autonomous fleet equipped with PonyAlpha was also invited to the 2018 WAIC (World Artificial Intelligence Conference), bringing people a trial ride of the driverless vehicle during the event.

Before the WAIC, this fleet actually existed in Guangzhou since February this year, and Pony.ai was chosen to be the autonomous driving technical partner, by GAC Group (Guangzhou Automobile Group Co., Ltd.), one of the leading auto companies in China.

Furthermore, with the help of GAC, Pony.ai chose robotaxi as its entry point of business, aimed to the build a fleet of 100 driverless vehicles, and planned to launch a production driverless vehicle in 3 years. 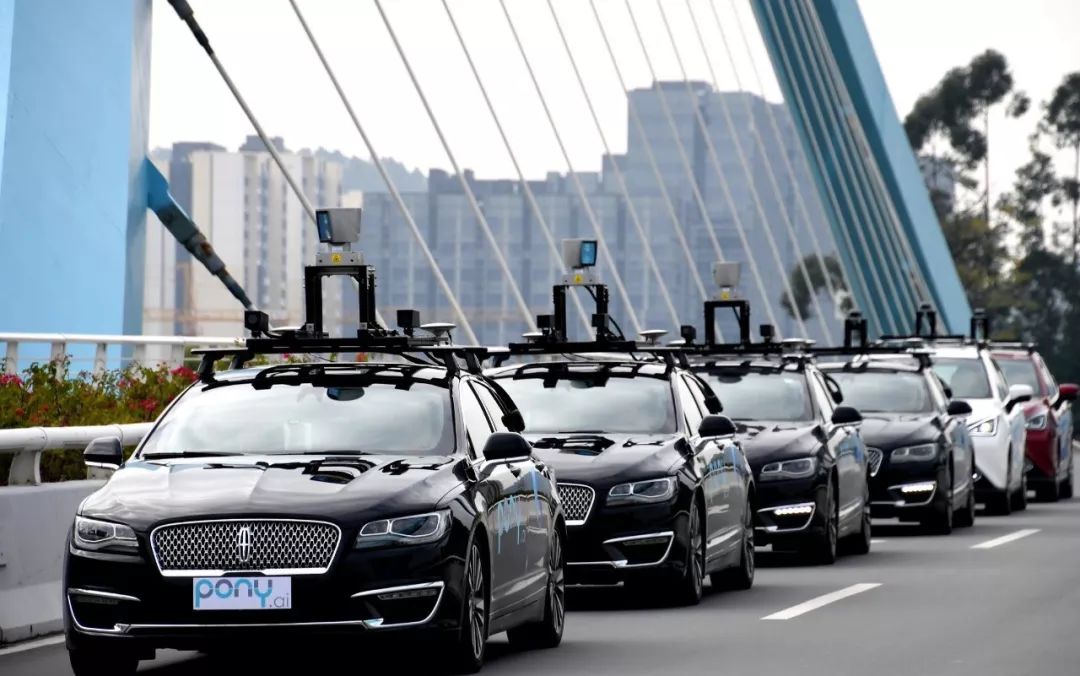 The genius team is the company's core competence, while a blessing might be a curse

Another co-founder & CTO, LOU Tiancheng, was the youngest T10 engineer in Baidu history, the chairman of the autonomous vehicle technical committee, and the recognized leader in computer programming. LOU was also known in the programming world as "Bishop LOU”, and had been famous since high school. His career began in Google X, the predecessor of Waymo, with a focus on the development of driverless vehicle technology.

YAO Qizhi (姚期智), the academician of Tsinghua University, the only Chinese winner of the Turing Award, is now Pony.ai’s chief consultant, who was also LOU Tiancheng’s professor at the University. 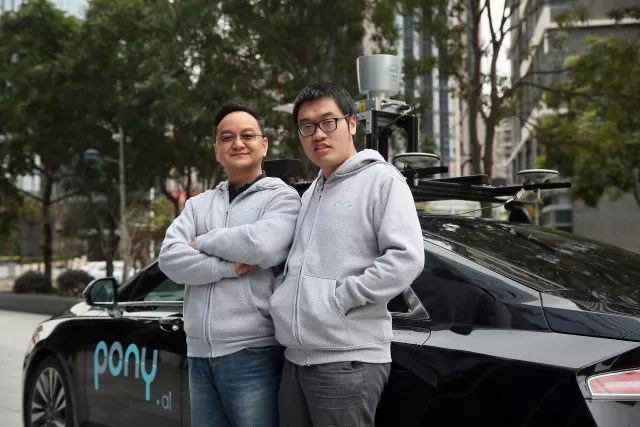 However, like the Chinese ancient philosopher Lao-Tzu once wrote, “a blessing might be a curse”, there might be some risks lurking in this super genius team.

PENG is the CEO of the company, who showed up in all kinds of public activities, as the speaker and the leader of the team and company, while the CTO “Bishop” LOU, with his low profile, seemed to be the real soul of the company, and used to be much more famous than PENG.

A company’s competitiveness ultimately depends on the strength of its team, which will be highly determined by the organization mode. How the chemistry works among this genius team members might be important for Pony.ai to discover.

- Author: ZHANG Fan; AN An contributed to this article. Write to ZHANG Fan at ZhangFan@EqualOcean.com