It took G7 four months to complete this round of funding. Pile of money is never a key to be G7's investors, G7 weighs resources and partnership in the logistics industry seriously instead. 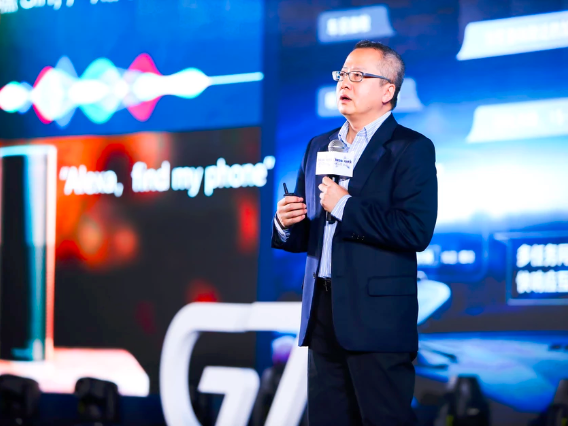 Dec 10, G7 secured its latest funding of USD 320 Million led by Hopu Capital （厚朴资本）and became one of the most valuable IoT (Internet of Things) companies in the world. Most of its existing investors including CBC Capital（宽带资本）, Total Energy Ventures, Bank of China Investment（中银投资）, GLP and Tencent have a deep partnership with G7 previously before they poured money into the company.

It was the best of times, it was the worst of times. Startups in China struggle to raise money in the financial winter while the company select its investors carefully and even rejected some, according to ZHANG Jielong(张杰龙), Chief Financial Officer of G7 in an interview with EqualOcean.

TIAN Suning(田溯宁)，former chief executive officer of China Netcom（中国网通） and Chairman & Executive Director at Asiainfo （亚信）, founded CBC Capital in 2006. He claimed G7's IoT-powered fleet management could be the first scenario based on IoT technology. And it's time for 5G. Dec 6, The central government issued China Mobile, China Unicom and China Telecom with 5G spectrum licenses, enabling them to conduct final trials for the new mobile system before its wide commercial roll-out from 2020. Dec 8, G7 inked an agreement with China Mobile. The telecom carrier hoped to see the landing of 5G technology in the logistics industry, according to ZHANG.

Total Energy Ventures debuted the first investment into G7 after their Asian team founded. G7 and Total, the parent company of Total Energy Ventures share the same important client, logistic fleet, leading to same needs from their clients. Providing refueling services for about 4 million trucks in Europe, from whom Total faces natural needs of management and payments. A loosening of regulations looming foreign companies endeavoring to do business in China’s petrol station industry, energy behemoths such as Shell and Total are committed to marching in the field now.

Aug 22, Manbang Group(see this article), a truck-hailing juggernaut in China, appointed LI Bin（李斌） ，former president of Red Star Macalline Group（红星美凯龙）as the chairman of the Manbang's energy departments, reported by iyiou.com. Guess the two competitors are determined to dig into the energy business.

GLP, the leading provider of logistic facilities, named G7 as one of the most important logistic infrastructure platform companies according to its official WeChat account, which underscores the importance of G7’s industry-wide platform. GLP has kept on additional investment into G7 three times since Feb 2017. April, G7 formed a joint venture with NIO Capital and GLP to develop autonomous driving electric trucks.

Bank of China invested twice. Small and medium fleets, G7's main clients, have less bargain power when negotiating with shippers, e-commerce giant JD.com（京东） and courier firms SF Express（顺丰速运）, ZTO Express（中通快递）, suppliers including China National Petroleum Corporation（中石油）, Sinopec（中石化）and OEMs. The weakest part of the industry chain bears the largest amount of costs, sandwiched between its upstream and downstream. The fleets could not get the full payment until they finished the order, which often takes a very long time and exposes the fleets into financial risk. When it comes to insurance fees, costs and period settling, G7 could leverage its data in these procedures for the bank.

It took G7 four months to complete this round of funding. Pile of money is never a key to be G7's investors, G7 weighs resources and partnership in the logistics industry seriously instead.

Heterogeneous shareholders scattered in the fleet logistics industry participated in the partnerships with G7, along with investments. G7 does establish an open ecosystem that connects vehicles with 5G and IoT technology, logistics infrastructure and financial institutions.