VIPKid is Revolutionizing Education in China

VIPKid’s mission is to inspire and empower every child for the future. It envisions a global classroom that empowers students and teachers through personalized learning. 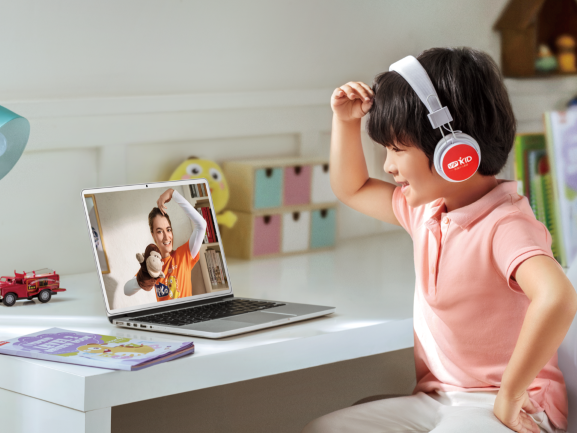 VIPKid’s mission is to inspire and empower every child for the future. It envisions a global classroom that empowers students and teachers through personalized learning, connection of cultures across the world and the passion for lifelong learning. It believes that education is not one size fits all, rather, all students are unique and the world is within their reach when connected with great teachers capable of personalizing learning and sparking curiosity.

The combination of AI and education is changing everything for the next generation in a positive way. VIPKid has partnered with Microsoft china to concentrate on the use of artificial intelligence in online education by which they will be able to analyze student's behavior while studying and taught accordingly.

Being listed as one the world's most innovative companies twice in 2 years by Fast company, VIPKid is already in a league of its own.

China, a country which is always hungry to learn has made VIPKid one of the fastest growing startups not only in education technology, in which companies use technology to improve learning, but in all of China.

In recent years, the education market has exploded in China along with the country's middle class. The banking group UBS has said the extracurricular education market in China could grow to USD 165 billion in five years.

While the English education industry is on the rise, it is still very difficult to find quality English teachers, particularly outside big cities like Beijing and Shanghai.

Cindy Mi the founder of VIPKid said that there are only 27,000 qualified English teachers from North America in China, hardly enough for the country's nearly 300 million young people, a report by The Economic times says. As a result, many are turning to online classes like those provided by VIPKid. The online English-tutoring market is expected to hit USD 8 billion by 2019 according to iResearch, a research group focusing on the Chinese internet.

Kevyn Klein is VIPKid's US based global director of community. Spending her first decade in the workforce split between the idealism of the nonprofit Teach For America, for which she taught for three years, and the sometimes difficult reality of education tech, where she worked after.

As with most companies, appealing to teachers is as important to VIPKid as drawing in new parents and student customers. Today, many competitors, such as 51Talk, DadaABC, and VIPJunior, are competing for the same pool of teachers.

As the younger generation born in the 80's become parents, they have higher requirements on education for children and spend more on education; as the two-child policy is implemented, the number of children in K12-education age group will increase steadily and market demand will further expand.

Keeping all the above given facts in mind, VIPKid is surely leading Chinas younger generation towards a brighter future by providing them high quality education and guidance.