Luckin Ties Up With Tencent: A New Order In Chinese Coffee Market 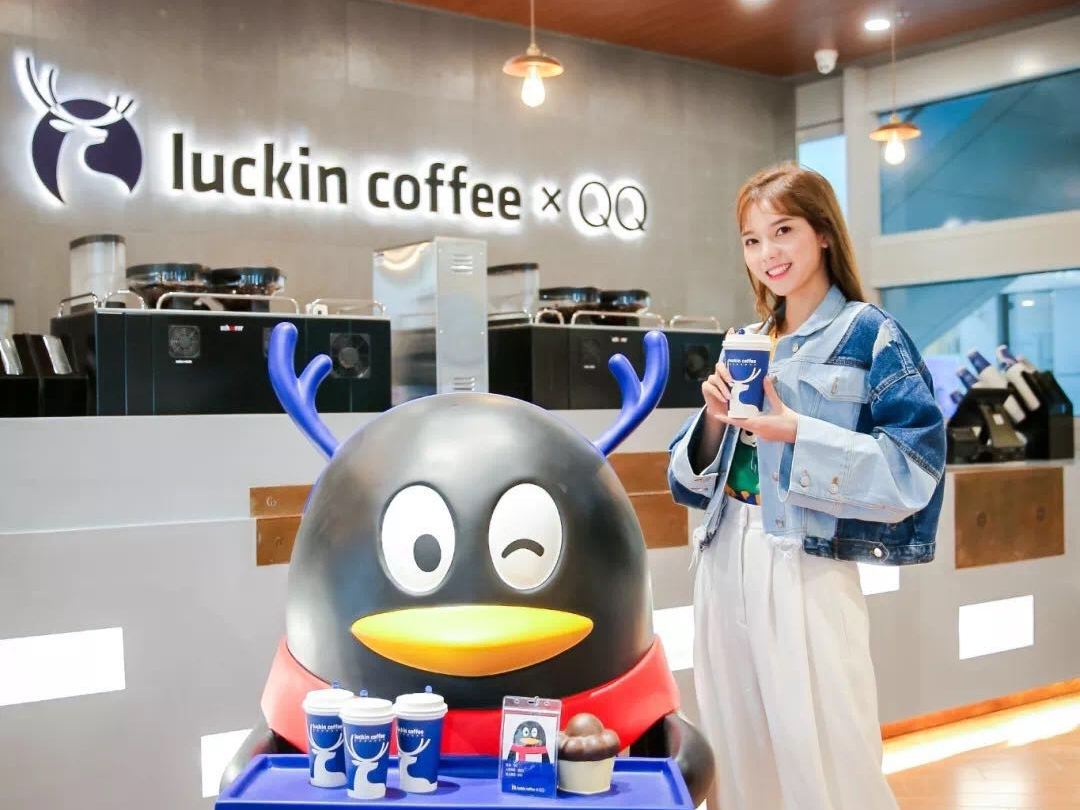 There is a saying that competition among Chinese internet companies will also eventually become competitors among Alibaba and Tencent. Things are no different in the Chinese coffee market.

On the surface, it seems that the current competition is about Luckin and Starbucks, the largest traditional and new retail coffee brands in China respectively. However, what it really stands for is the competition between the two internet superpowers, namely Alibaba and Tencent.

On December 6, 2018, Luckin and Tencent have signed a strategic alliance agreement to build smart stores and explore possibilities of "Smart Retail" together. In these smart stores, the two will develop computer vision used to recognize product images and faces, self-driving delivery, and augmented reality interactions. In "smart retail", Tencent will leverage its advanced technologies to better analyze customers' coffee preferences and consumption behaviours and hopefully bring more traffic to Luckin (previously WeChat is the main battlefield for achieving Luckin's viral growth).

In April 2018, Luckin opened its flash store at Tencent's headquarters.

What Luckin can provide Tencent

- Draw more youth to QQ (mainly for this specific campaign)

What Tencent can provide Luckin

- WeChat, one of the most important business unit of Tencent, is an important traffic portal for Luckin.

Starbucks has entered the Chinese market for more than 20 years. In the past, its growth and operating profits have declined. Later it started to collaborate with Alibaba after embracing digitalization and innovations.

Their collaborations mainly concern coffee delivery and digital presence. That is also where Luckin is doing much better. For the coffee delivery business, it has worked with Fresh Hema (盒马鲜生) and Ele.me. It planned to do delivery service in 30 cities in 2,000 stores. For the digital presence, Starbucks has opened virtual shops and integrated them on Taobao, Tmall, Alipay, and Hema.

The coffee market in China is not the only place where the ultimate competition is between Luckin and Starbucks. For example, in food delivery, an industry that used to attract many investors' attention, the two leading players - Meituan Dianping (美团点评) and Ele.me (饿了么), have been invested by Tencent and acquired by Alibaba respectively.

Typically, in terms of investment style, Tencent tends to hold a certain percentage of targets' shares. They also do not usually change the management team. According to LIU Zhiping (刘炽平), president of Tencent, for the past 11 years, Tencent has invested in more than 700 companies; 63 of them went listed and the market cap or valuation of 122 companies are over USD 1 billion. On the other hand, Alibaba tends to merge with newly acquired businesses with its existing business and usually will change targets' founding teams. According to the open source, Alibaba has 55 investment events while 6 of them, about 10%, are M&A in 2018.