Government support and investors' optimism are the key supply-side growth drivers in China's electric-vehicle market. Infrastructure isn't just a nuance, but an essential detail of the incipient EV ecosystem. 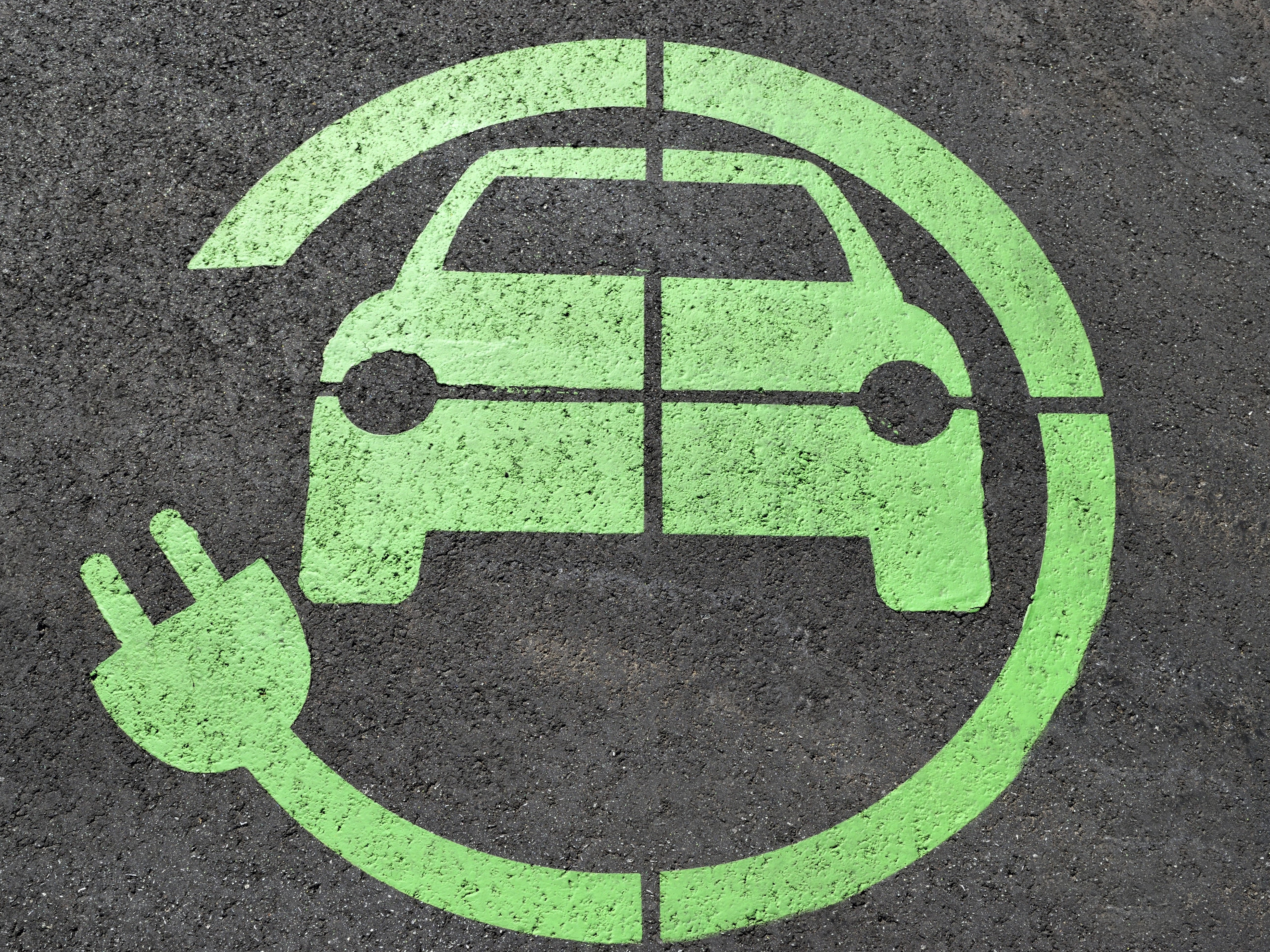 In the previous article, we dissected China's Electric Vehicle (EV) industry, talking about its historical development and the present posture of affairs. We traced out the growth trajectory, describing both the big picture and the micro-level state of things within the car market. One of the key findings there: the EV industry has been cementing its market presence with a six-year market share CAGR of 88.6%.

This report is an attempt to go deeper in our analysis in order to delineate substantial conditions that led to the industry's rapid growth. Here we pay particular attention to the three interconnected pillars of EV success: government support, investment and infrastructure. Indeed, the three are interrelated, and it is extremely hard to puzzle out the causality: Was it the government that indicated the importance of the new industry and, by this, ignited the markets' interest, or vice versa? Do companies get involved in the new EV infrastructure-related projects owing to the state support, or because of the future prospects foretold by the thorough VC players? Chicken or the egg?

At least, we can say for sure that the motivation of government and major investors to directly affect the EV market varies, as the core interests of political and business institutions are unalike. Another point to stress: infrastructure construction is rather the result than the cause of the abovementioned two. Let's dissect the triad one by one.

We closed the preceding article using the argument: "Investment and state support are those helping hands that new EV enterprises have to rely upon." This rule is applicable to any other newborn subindustry that somehow disrupts the current order. Thus, there is a spacious room for the conceptualization of the phenomena related to the appearance of newcomers challenging the market incumbents. 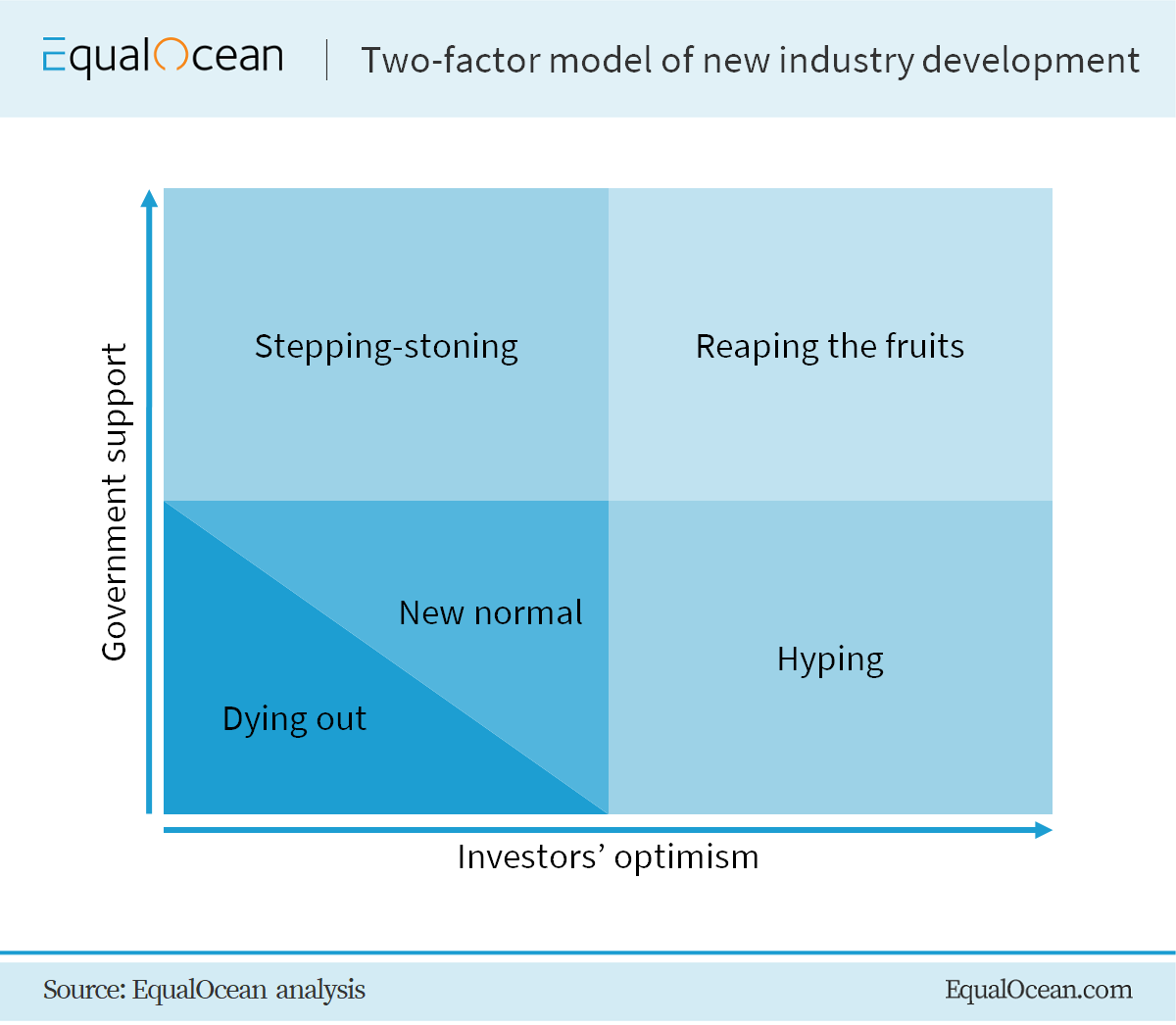 The matrix above depicts five possible stages of a new sector development shaped by the two factors that are closely discussed in this chapter: government support presents the axis of ordinates, investors' optimism is on the axis of abscissas. The coordinates determine the short-term position of a certain industry in each case, and the arrows indicate changes as time goes by. As for the zones, the brief description is below.

Hyping – Being highly acclaimed by investors due to the cutting-edge nature of business and/or a breakthrough technology backing it; Industry players consistently attract funding.

Reaping the fruits – Investors consider the industry as a promising one; the government, at the same time, is willing to support it; Companies representing an industry collect funding and use preferences such as reduced taxes and subsidies.

Stepping-stoning – Low or moderate investors' interest is accompanied by a high level of government support (that usually doesn't last long); Businesses within an industry are subsidized widely but aren't considered as game-changers by the market.

New normal – Moderate level of benevolence coming from both the state and investors; Resulting from that, a new model gradually substitutes the incumbents, elbowing them out to the annals of history.

Dying out – the "dead zone" of the map; Industry verticals that have been substituted by newcomers or disruptive technology may find themselves within this area.

The five zones have blurry borders, but, being connected schematically, show all the possible transitions. Clearly, it is feasible to put any new market sector (and any subindustry, industry vertical as well) onto this map and track its historical path. Some markets might have experienced stochastic waves in terms of performance, investors' perception and state support. Consequently, in a number of cases, an industry might even return to the same point on the graph over time. 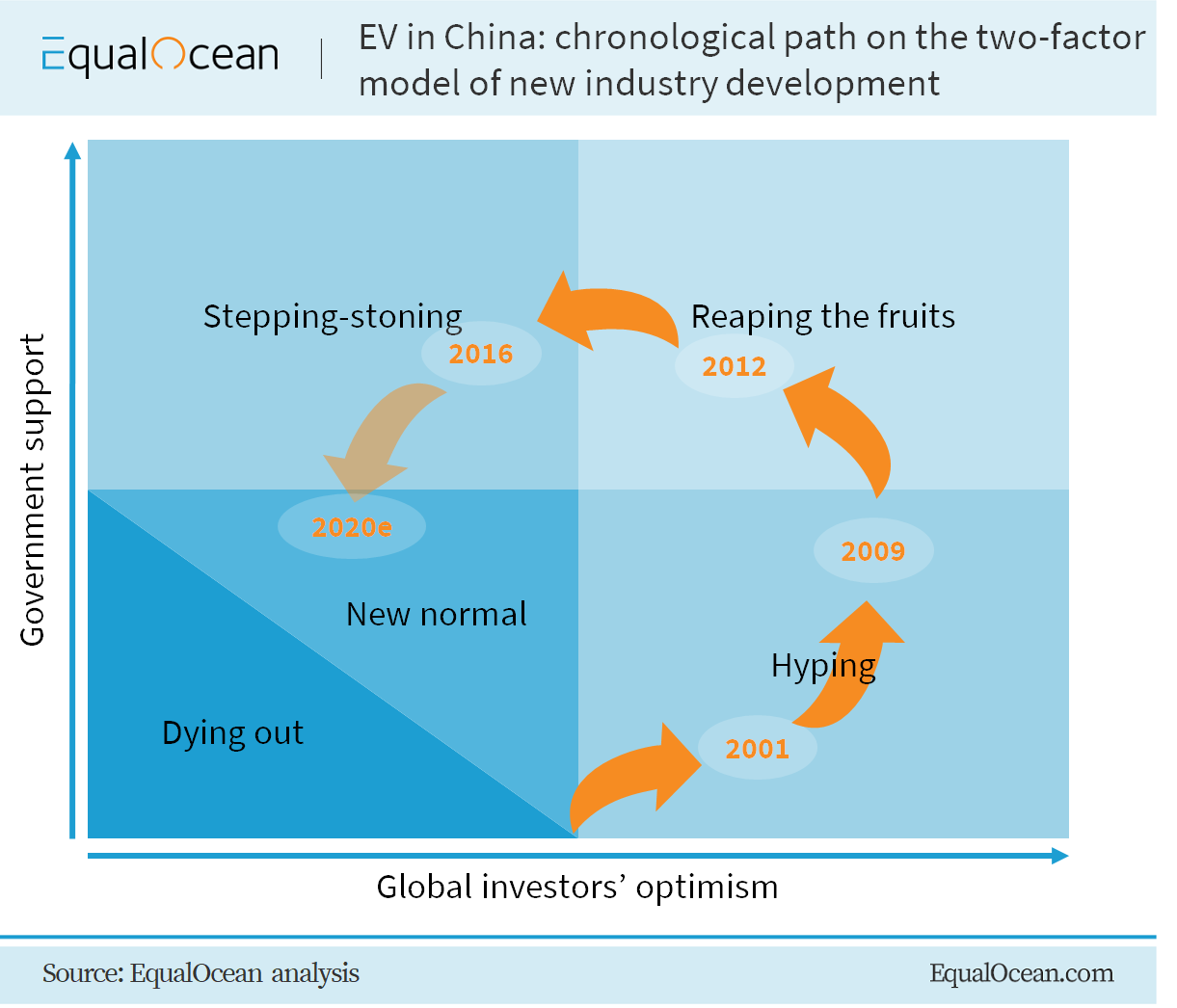 EV market emerged from the junction between the two lower quadrants: the public officials (except for those rooting for sustainability) at the beginning didn't really consider the incipient industry as a strategic dimension in their internal political lines. In China, the issue became viral due to severe problems caused by the negative outcomes of the fast-growing economy. Still, it took the Chinese government six years to realize that the budding EV segment might become a decent solution to the air quality problem: in 2007, historically the first list of the national standards directly affecting the EV market was promulgated. We recorded every step undertaken by the state as well as the path of the EV in the "Industry chronicles" part of the preceding article.

Throughout one and a half dozen of years, industry investors' mood has undergone some changes; In order to illustrate these attitude shifts, the share price records of the global behemoth (Tesla, Inc.) could be used as a bellwether. We argue that, internationally, the first wave of hype about EV was already over in 2016, and this trend found an echo in China too. This is bound up with the market maturity process: once the market gains scale, the final products become commodified. The competition also contributed here, lowering prices and expanding the scope of products available in the market. And the industry zoomed in China: in 2017, almost half of all the battery electric vehicles produced worldwide were manufactured in the country. 579,000 cars of this type were sold in the country within the same year – the number grew 72.32% since 2016.

In the following chapters, we talk about the two dimensions in detail.

VC laid the foundation of the EV industry

Investors' optimism is always reflected in the amount of money collected during funding rounds; another acid test is the share price when it comes to the post-IPO companies. New car manufacturers' rapid development exceeded industry experts' expectations. Local leaders in this segment (NIO, Xpeng Motors, WM Motor, CHJ and SITECH) gained more than USD 8 billion from investors over the last five years. Xpeng Motors (est. in 2014) and WM Motor (est. in 2015) have already become unicorns (that is usual for the auto market, where production costs are high); CHJ and SITECH are close to the status.

NIO is a local high roller with the historical track showing a prime example of comparatively fast growth and, at the same time, it is one of the two pure EV listed companies in the world. Taking the view that the rest of newborn EV companies will walk a similar way, we decided to learn from NIO's example.

Founded in 2014, NIO was listed in the United States on September 12, 2018. In April 2018, media reports said that SoftBank had been in talks with NIO to buy a stake of about USD 200 million in the latter's IPO. SoftBank's presence boosted investors' confidence in NIO, but the Japanese multinational conglomerate ended up backing away from buying a stake. This motion had dented the car maker's chances for a successful IPO.

NIO still went public without a hitch. According to its prospectus, the company raised CNY 2.26 billion (USD 327.2 million) in 2016 through completing Series A, B and B+ rounds of equity financing. In 2017, NIO raised CNY 12.23 billion (USD 1.77 billion). By the end of the first six rounds, NIO had raised CNY 14.5 billion (USD 2.1 billion). Li Bin, founder of NIO said that the number of investors betting on the firm has reached 56, and each of them is willing to help the company financially on an ongoing basis.

On May 28, the company released the first quarter of 2019 earning results. Having net loss of CNY 2.62 billion (USD 390.9 million), NIO announced the new financing: according to the company's statement, Yi Zhuang International Investment and Development Co., Ltd. would invest CNY 10 billion (USD 1.45 billion) in NIO China through its designated investment company or other organizations, in order to obtain yet undistributed shareholders' equity. Investors are not just interested but utterly dedicated to the company.

Government support is essential, and this is the case when interest happily coincided with the duty. Helping the emerging sector, the Chinese government killed two birds with one stone: contributed to the environmental problem resolution and cultivated a number of potentially highly competitive companies.

On October 22, 2015, the National symposium on energy efficiency and NEV industry development was held in Beijing. Li Keqiang, China's Prime Minister, issued an important directive, emphasizing that accelerating the development of new energy technologies, including NEV, is an urgent task to fuel transformation of the automobile industry. According to the high-ranking official, modernization is vital for China that is striving to become a major player globally. EV might be also a key part of the qualitative structural shift in the economic system that's recently pursued by the Chinese government.

Meanwhile, it is obvious that these goals can't be reached without taking measures such as: stimulating independent innovation ability and enhancing overall technical level; Implementing and improving the set of supporting policies; optimizing logistics and communication lines, ameliorating environment and rationalizing energy consumption. 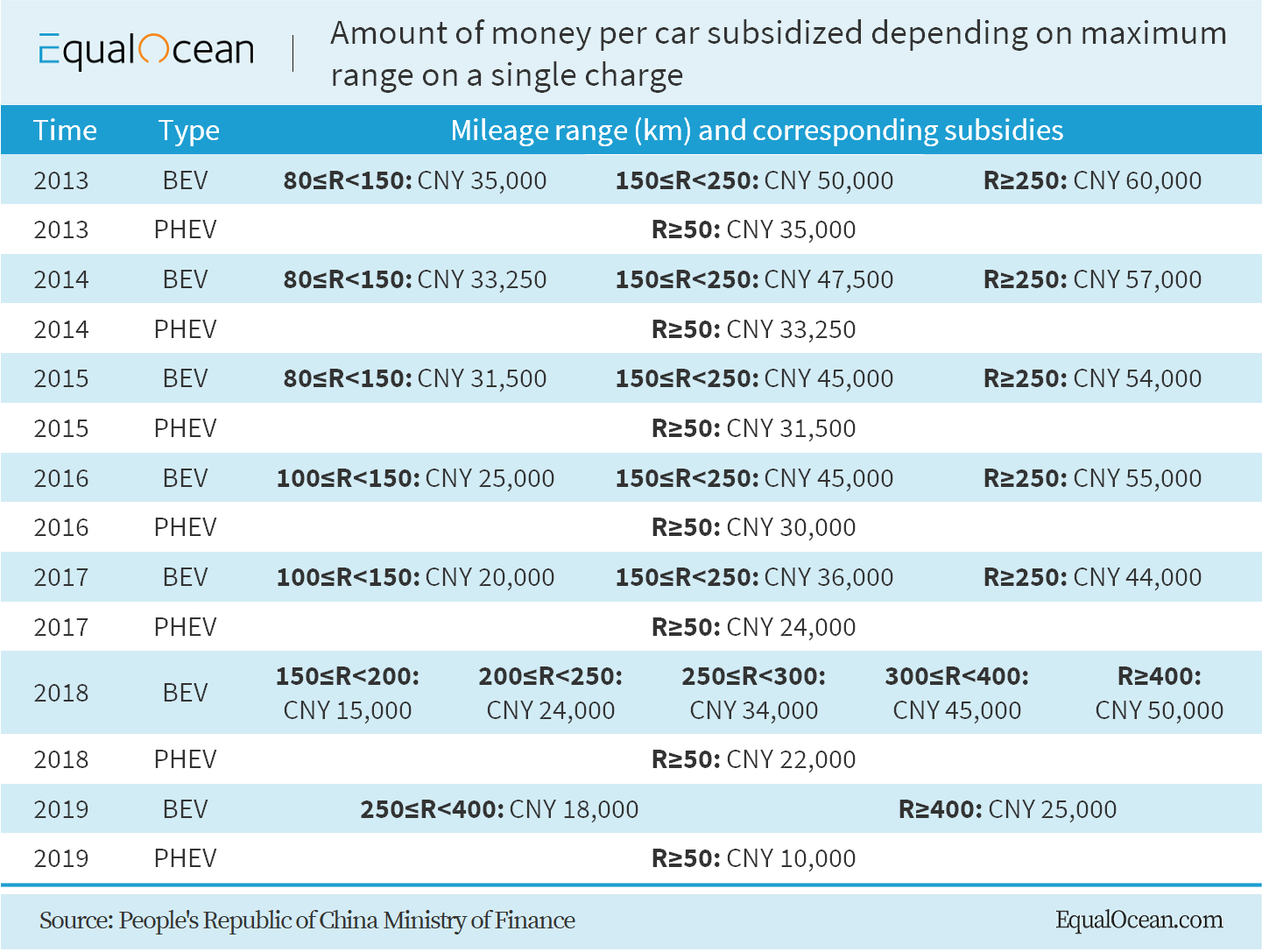 Under the government's promotion, electric car makers have been reaping the benefits. However, on March 26 this year, the Ministry of Finance of the People's Republic of China issued a notice to state that the subsidies for new energy vehicles will be significantly reduced. 2020 will be a hard year for the small-scale enterprises that lingered and, eventually, didn't ride the waves of the government-originated aid.

Besides subsidies, there are other various measures used by the Chinese government to promote EV. In overpopulated Beijing, for instance, conventional cars can be used only on certain weekdays, according to the license plate number. This and other rules of a similar nature don't affect EV at all. Queueing to get the plate number is a normal practice for those buying traditional cars in the capital city, but there is a tiny number of formalities to pass when you buy an EV.

Charging infrastructure must be considered as a tool

Managing core electric-vehicle infrastructure is utterly important due to the two main reasons. Firstly, if the demand for the new vehicles keeps up, lack of charging stations and other auxiliary infrastructural elements might become a tough barrier in the course of wide EV adoption. However, if the regulators approach this issue rationally, the charging system might become a decent tool of demand-stimulating.

Li Ye, executive director for regulation at the National Energy Administration of China, said on January 12, 2019, that by the end of 2018, the number of charging piles countrywide hit 760,000, around 300,000 of which were public-based. According to Mr. Li, the percentage of home-based piles is increasing dramatically, especially in first-tier cities. 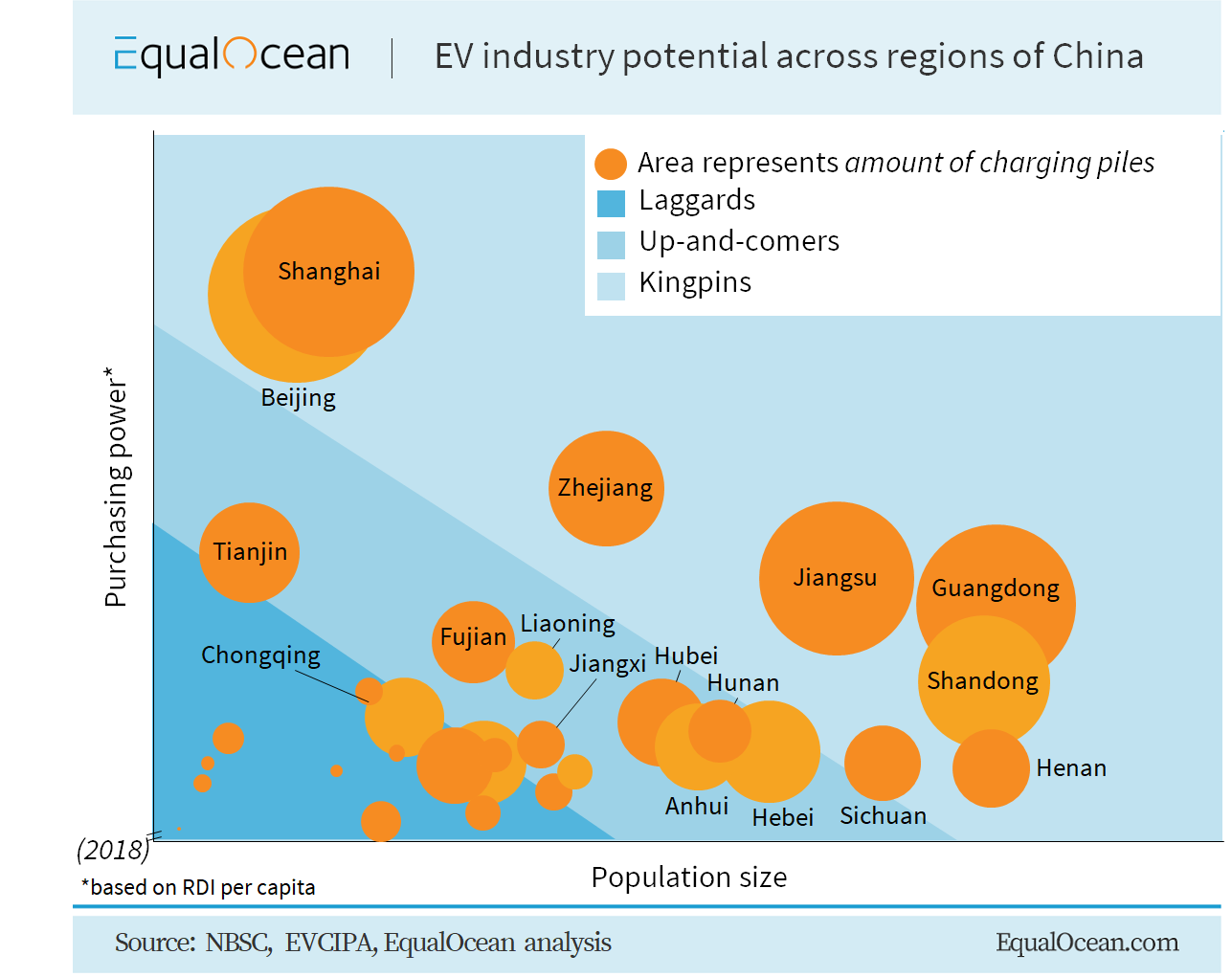 As we can observe, some of the key provinces having a vast market potential lag behind in terms of EV infrastructure adoption. Highly populated Henan is an excellent example of such a region. We also expect Sichuan, Hunan and Liaoning to overtake within the next 5-10 years. Yet, natural, self-sufficient sector growth and faster EV adoption are infeasible in these and other trailing regions. State support can be the very impulse that China's periphery needs. Asymmetric regional subsidy programs might be invigorated in the near future, but, like any other unbalanced measure, can also cause a heated debate.

The half-grown urban charging system isn't the only concern. In general, EV battery structure is a way simpler than the engine used in conventional vehicles, and the technology is not mature enough; lately, charging duration and safety issues are widely questioned by the public. Some cases of spontaneous combustion of NIO ES8 were recorded last month.

After-sales service and insurance are other issues to talk over. Neither these two nor other auxiliary services and mechanisms are excellent. There is a long way of "learning by doing" and "improving by trying" ahead.

The path of new car manufacturers has been shaped by the objective (market) and subjective (the state) forces. New industry leaders have formed a solid, complex competitive landscape domestically. But have they prepared for the global EV leader's impending arrival? We are going to work out the answer in the following article.