DJI, the global leader in drone manufacturing and aerial imaging technology, today takes a step into educational technology by launching the RoboMaster S1 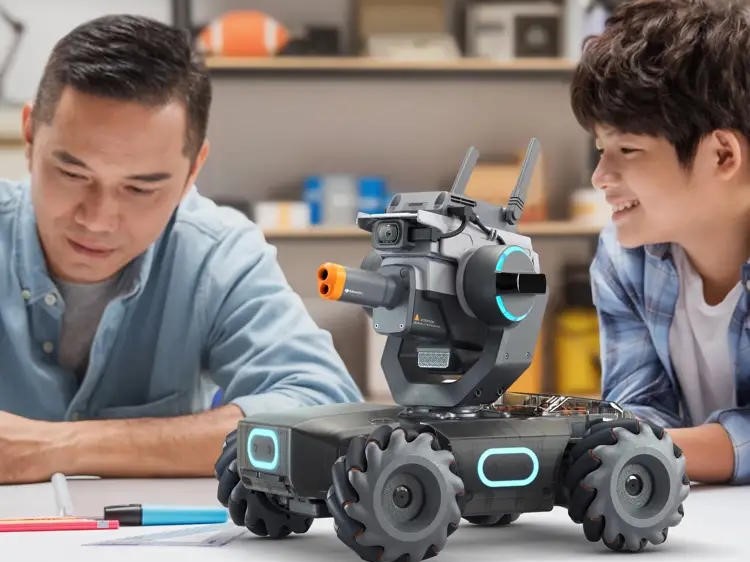 DJI, the global leader in drone manufacturing and aerial imaging technology, today takes a step into educational technology by launching the RoboMaster S1, the company’s first ground-based robot. The S1 was built to introduce new users to the fun and possibilities of robotic technology, with powerful brushless motors, a body that can move in all directions, and interactive modes for programming, play, and competition. S1 users can have fun while assembling designated and custom hardware, learning to maneuver the rover, programming with Python or Scratch and competing with friends in multiple modes. The S1 has a maximum speed of 8MPH, and its removable battery can last about 30-35 minutes on a single charge.

“DJI is powered by passionate engineers with the continued desire to push the boundaries of technology,” said Frank Wang, DJI's Founder & CEO. “Passion is vital but so is the opportunity to learn and engage with technology at an early age. We developed the RoboMaster S1 with the next generation of innovators in mind, making robotics and programming not just more accessible but also an entertaining and academic experience.”

The introduction of its first educational robot came less than a month after launching its first-ever action camera. The company says the product has been in development for two years, was inspired by a robotics competition that DJI has sponsored and hosted for the past five years, called RoboMaster. DJI says that RoboMaster has been a passion project from Frank Wang, who figured the company could use its know-how in computer vision, artificial intelligence and camera technologies to create a robotics product.

Naturally, there's a companion app for the S1, which acts as more than just a controller. In it, you'll find three different modes: Road to Mastery, DIY Programming, and RoboAcademy. You can use the app to program the S1 to follow a specific course, using programming languages such as Python and Scratch, which are built right into the RoboMaster application. The S1 will also ship unassembled, as DJI wants people to build it from the ground up. The company says that the process should take between two and hours, and it will come with goggles and visual markers that you can use to create your physical courses.

The RoboMaster S1 will be available starting June 12th for USD 499, which is much higher than Sphero's USD 199 RVR coding-friendly robot. Granted, the S1 does have a lot more tech inside it. That said since the S1 is designed to be an educational product, after all, DJI says it will offer special pricing to students and teachers -- though it's unclear just how deep that discount will be.

The S1 is equipped with leading machine vision technology, enabling users to get hands-on experience with real-world applications. The S1 can perform six intelligent recognition functions, including:

Line Follow: Create a fun and interactive course and map out the path desired for the S1. Program Line Follow through the RoboMaster app and the S1 will automatically follow the line.

Vision Marker Recognition: The S1 can recognize up to 44 Vision Markers, including numbers, letters, and special characters, which opens more potential for coding, combat, and training.

Follow Mode: Built into the RoboMaster app, the S1 can identify and follow a person selected in the S1’s field of vision.

Clap Recognition: A built-in clap recognition module on the S1 can be programmed for unique responses based upon clap quantity.

Gesture Recognition: The S1 can be programmed to recognize an array of physical hand gestures similar to some DJI drones.

S1 Recognition: The S1 can recognize other S1 units and perform unique movements based on how it is programmed.