NIO is Deep In Competitive Vortex

Li Bin, NIO's founder, said that the long-term investment value of NIO is not fully understood by the market. 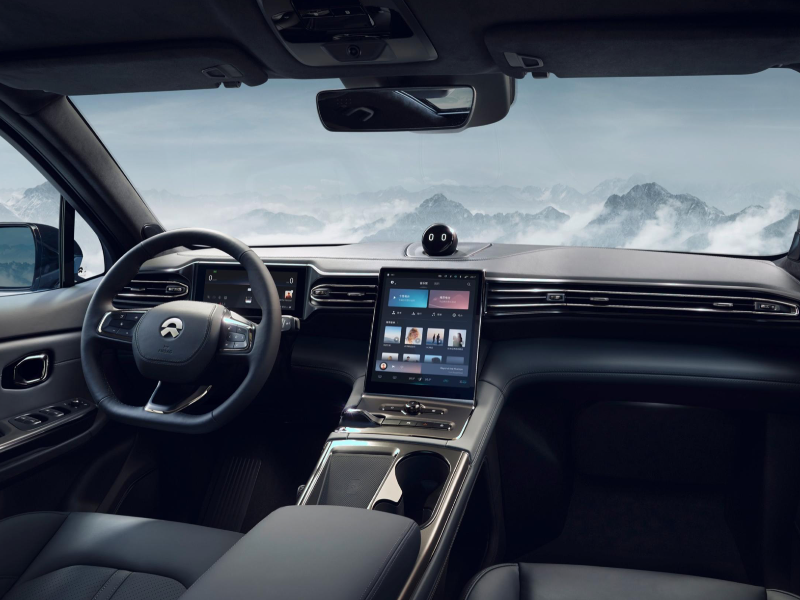 Ministry of Industry and Information Technology of the People’s Republic of China released a statement on June 12. According to the announcement, Chinese new car manufacturer WM Motor will launch a new model, EX5 500+. Currently, there are three versions of EX5 (a compact all-electric SUV) on sale, with a range of 300km, 400km and 460km. The new model will have a battery pack with a capacity of 69kWh and a range of 520km.

Xpeng Motors, another Chinese new car manufacturer, will launch an upgraded version of the G3 with a 67kWh battery pack, in two versions with a range of 480 km and 520 km. As for the ES6 that was released last year, it has a maximum range of 510 km.

At the company’s annual "NIO Day" 2018 at the Shanghai Oriental Sports Center, NIO unveiled the ES6.

They described the SUV in a press release:

“The ES6 high-performance long-range intelligent electric SUV hit the market with a high-strength aluminium & carbon fibre reinforced plastics (CFRP) hybrid structure, the ES6 features 4.7 seconds 0-100 km/h acceleration, an NEDC range of over 510 km, and 33.9-meter braking distance from 100-0 km/h. The ES6 expands the design language of the NIO product line with a stylish and sporty exterior plus a refined, high-tech interior.”

Both WM and Xpeng will be big competition for NIO, which was overtaken by WM Motor and Xpeng Motors in terms of sales last month. Data shows that the sales volume of Xpeng G3 was 2,704 In May 2019, WM Motor delivered 2,056 units EX5, NIO delivered 1,089 ES8.

Xpeng is expanding rapidly in sales channels. Up to now, it has opened experience centres in Guangzhou, Beijing, Shenzhen, Shanghai, Hangzhou, Wuhan, Dongguan and other cities, and plans to add more than 100 offline stores in 2019.

The relatively mature and smooth manufacturing system and the growing sales system have gradually improved the delivery of Xpeng G3. Xpeng started relatively late, delivering G3 in December 2018. By the end of May this year, the total delivery volume of Xpeng G3 has reached 5,500 units.

The change in monthly sales volume shows that new car manufacturers have basically entered the market test stage in terms of delivery. NIO and WM Motor both had orders for close to 10,000 vehicles in the lead-up to the deliveries, and both have now run out of "order stock", meaning that the current sales volume is the true market volume of these brands.

In addition to poor sales, NIO also faces mounting losses and a plunging share price. With sales below expectations, NIO shareholders are impatient to wait. The company's share price began falling in March when the company cut its delivery forecasts and cancelled plans to build a factory in Shanghai. NIO's share price fell further last month after it said car sales fell by 55% in the first quarter of this year and that demand would fall further in the second quarter.

Li Bin (李斌), NIO's founder and CEO, said in an interview that investors should understand the cost of making cars, even though the company has lost more than 70 percent of its value in three months.

NIO went public in New York in September 2018, and Li Bin said the company is moving forward with the financing announced in May to fund product development. Under the deal, Beijing Yizhuang Investment will invest CNY 10 billion (USD 1.4 billion) in NIO, taking a minority stake in a new entity called NIO China. NIO China will be controlled by NIO.

"It's unrealistic to expect a company like ours to make a big profit from the start. The long-term investment value of NIO is not fully understood by the market,"   Li said.

The latest news about Xpeng will no doubt put more pressure on NIO. According to CNBC, Xpeng Motors says it's hoping to close a funding round this year which will probably be a "comparable amount" to the last round that was about USD 600 million.

Anyway, from the second half of this year, the major new car manufacturers will enter the real market competition, how they compete with traditional car companies in the market and get survival seat, will be the key to determine the future.