China has been hit with an epidemic which has put Hubei province under siege. Chinese companies are trying their level best to aid, each according to their capability. 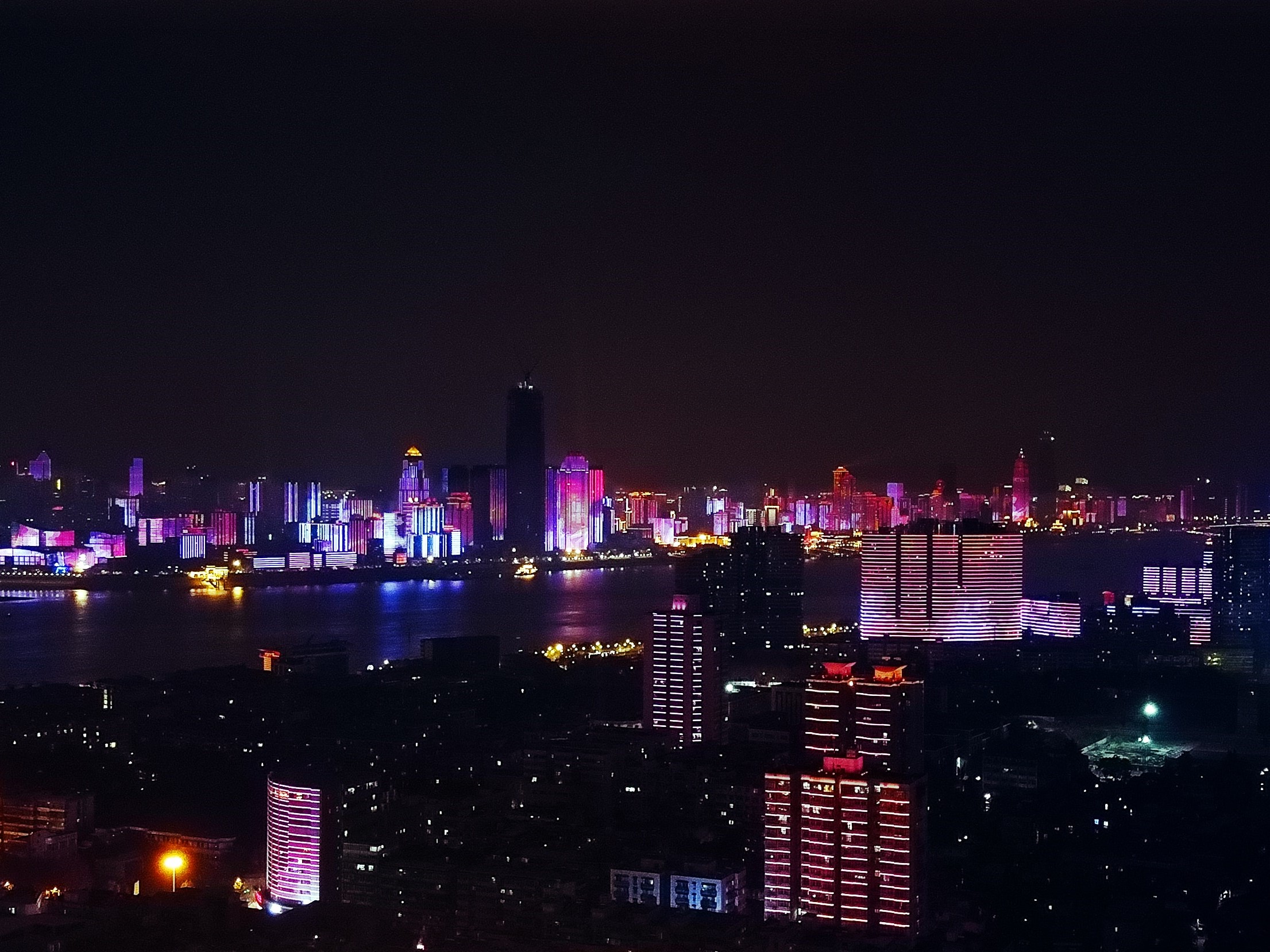 As of January 29, over 5000 confirmed cases and a death toll of around 100, the new coronavirus has put the country into a state of health emergency. Wuhan city has been locked down and citizens are neither allowed to enter nor leave the city.

While the situation is being dealt with by the Chinese government, Chinese firms are stepping in and trying to play a role. In this article, we will be mentioning different companies and their efforts in the prevention of the new virus.

When we talk about tech giants, BAT is what pops up in our minds. Baidu, Alibaba and Tencent have been very active during the situation and have taken full responsibility to help the country in any way possible.

Baidu announced last week that it had established a CNY 300 million epidemic and public health security fund to support efforts, including screening and research and development (R&D) for cures of diseases such as the new coronavirus, as well as for longer-term efforts such as public health and safety information dissemination.

The company will also provide AI technology as well as computing resources to assist in R&D efforts by research institutes and disease control agencies, according to its official WeChat account. In addition, Baidu will provide big data and analytics technology to support the detection, response and management of the epidemic.

As of yesterday, Baidu launched an intelligent outbound platform for epidemic prevention and control, using intelligent robots instead of manual workers to quickly check the health of people in the community.

In addition, Baidu Maps launched the ‘Quick Report on Pneumonia Epidemic Period Travel Control News’ to create aggregated pages for driving, public transportation, tourism, and hot-spot diagnosis queries for users to get information at a glance.

Alibaba announced on January 25 that it has set up a special fund of CNY 1 billion for medical supplies to support consumers that want to directly purchase these from home and abroad and send them to hospitals in Wuhan and Hubei province on a regular basis.

According to the company’s official news, the staff of the Alipay insurance platform has set up a "health insurance fund" for medical personnel across the country. During the epidemic period identified by the National Health and Health Commission, if medical personnel is infected with the virus, they can apply for CNY 100,000 benefits after diagnosis; if they die due to illness, their families will be given up to CNY 500,000 benefits.

Other than that, in order to reduce the spread of the epidemic, several education committees in Hubei, Beijing, Shanghai, Tianjin, Henan, and Guizhou have issued notices that the spring semester of 2020 will be postponed. Following the notice, Youku (优酷) and DingTalk (钉钉), subsidiaries of Alibaba Group, announced that they will jointly launch a "home class" program to provide children with a healthy and secure learning environment. Starting February 10th, elementary and middle school students across the country will be able to attend classes at home for free by logging into Youku and DingTalk APP.

According to the South China Morning Post, Hubei patients can access Alibaba Health’s online doctors via the Alipay and Taobao apps. As of midnight on January 26, the landing page had more than 400,000 visitors, with 97% originating in Hubei province, and 64% from Wuhan city.

On January 25th, Tencent announced that the Tencent Public Welfare Charity Foundation had donated CNY 300 million to establish the first phase of a new pneumonia epidemic prevention and control fund. The Tencent Public Welfare Foundation stated that the donation will be mainly used for front-line combat and prevention of epidemic in areas around Wuhan and other places, including the purchase of masks, disinfectants, goggles and other materials, as well as help and incentives for front-line medical staff.

The company called off its annual tradition where top executives hand out Lunar New Year red envelopes in-person to employees. The operator of WeChat is suspending travel to Wuhan along with brokerage Citic Securities Co., according to Bloomberg.

Partly owned by Tencent, JD.com has said it has donated 1 million surgical masks and 60,000 other medical supplies.

Meituan has set up a CNY 200 million fund dedicated to caring for the nation’s medical staff. Initially, it will focus on assisting medical staff in Wuhan, with funds going toward medical resources, humanitarian help and ensuring that medical staff is supported in their daily lives.

It has also released an online donation channel on the Meituan app, allowing users to donate money towards efforts to fight the new virus.

More than 300,000 Meituan bicycles will be provided free of charge to medical staff and other various epidemic prevention and control staff in all cities in Hubei and other cities in operation.

Meituan has launched a "contactless delivery" service on its food delivery app in Wuhan. When placing an order, the user can choose a designated place for the product placement through "order remarks", telephone, and in-app messaging system. After delivery, the rider will notify the user to pick up the meal by phone and app.

Other than Chinese tech giants, startups across the country have shown their concern by making efforts in the prevention of the coronavirus.

The company has established a special fund for medics treating coronavirus. This fund will be mainly used to protect the medical staff who are treating the virus. If any of the medical staff are unfortunately infected while treating a patient, they will receive CNY 100,000 from this fund, the figure rising up to 1 million for treating and curing a patient. The specific awards and rules will be implemented by the China Red Cross Foundation.

Prior to this, in order to let users know the epidemic situation and share prevention knowledge in real-time, ByteDance has launched functions on related topics through its products. Jinritoutiao launched a ‘Fight Pneumonia’ channel and listed nearby popular clinics. Douyin, widely known outside China as TikTok, added more features related to the spread of the virus. It launched a #FightPneumonia page that "provides updates on the spread of the coronavirus, expert reports and analysis, as well as relevant information on prevention," according to Chinese business and technology website TMT.

An official statement from the company said that it has set up a "medical protection team" to pick up and drop off Wuhan medical workers for free. The first 100 drivers of the "Medical Protection Team" have been equipped with protective equipment and disinfectant, and services have been provided in the early morning since January 25. Didi has also canceled service provision in a range of Chinese cities, including Beijing.

In addition, the company has been distributing face masks and disinfectants to drivers across China as the virus continues to spread.

On January 26, Huawei announced through its official Weibo account that it has donated CNY 30 million to the Wuhan Charity Federation account for epidemic prevention and control.

Xiaomi announced earlier that, in addition to the medical supplies it had donated, it will also donate more than CNY 10 million to continue to support Wuhan in fighting the pneumonia epidemic. On January 24, Xiaomi Group announced the launch of emergency assistance in Wuhan. The first batch of medical protective materials (N95 masks, medical masks, and thermometers), with a donation value of more than CNY 300,000, started shipping from various places.

The online communication service platform officially announced the launch of the “24-hour fever-free consultation” on its App and official WeChat account. The services will be provided until the new pneumonia epidemic is effectively controlled.

On January 24, BGI announced that it will donate 10,000 new coronavirus test kits to Wuhan City, and the first batch of kits will be used on patients showing the symptom to assist the local epidemic prevention and control in Wuhan.

The Chinese rival of Starbucks, Luckin Coffee, confirmed the donation of CNY 10 million to the China Red Cross Foundation for the purchase of masks, protective clothing, disinfectant, goggles and other urgently needed medical supplies and other medical equipment.

An online education company announced that it has donated CNY 10 million to Wuhan to fight the new pneumonia epidemic. Yuanfudao is a domestic K12 platform that owns science and technology education products such as Yuanfudao Online Class (猿辅导网课), AI Courses (斑马AI课), Yuantiku (猿题库) and more.

Gaosi education group yesterday confirmed the donation of CNY 1 million to the Red Cross Foundation of China for the prevention and control coronavirus in Wuhan, and to fund the construction of an epidemic prevention hospital in Wuhan.

This online education firm has launched a free-of-cost synchronous live broadcast class for elementary and junior high school students (currently Hubei Province) whose schools have been shut due to the epidemic.

This Beijing-based educational training site focused on primary and middle school students has suspended all offline classes and has shifted to online classes.

Squirrel AI has suspended the operation of 2,000 offline center courses nationwide and will donate 200 million in online AI courses.

The children's education technology company has decided to open all online teaching services for free to teachers and students nationwide.

The children’s storytelling platform announced that from January 26 to February 8, the 10000+ premium content in the APP is free to listen to, helping children to spend the Spring Festival at home safely.

At the same time, quite a few VC/PE companies have come forward and showed their support in the fight against the epidemic.

Sinovation Ventures announced that it has completed a donation of CNY 2 million to the Hubei Charity Federation to support the prevention and control of epidemics and the treatment of diseases. At the same time, the company initiated fundraising to more than 100 employees of the company, and the first batch of donations of CNY 276,050 has been put in place.

CONTACT US
Scan QR code to contact us for professional consulting services
Next article
Internet of Things in India, Top 20 Startups