San Francisco and Beijing are the pearls of AI crown in the world. AI unicorn companies cluster in these two cities. Being different from San Francisco, Beijing is an aggressive latecomer. 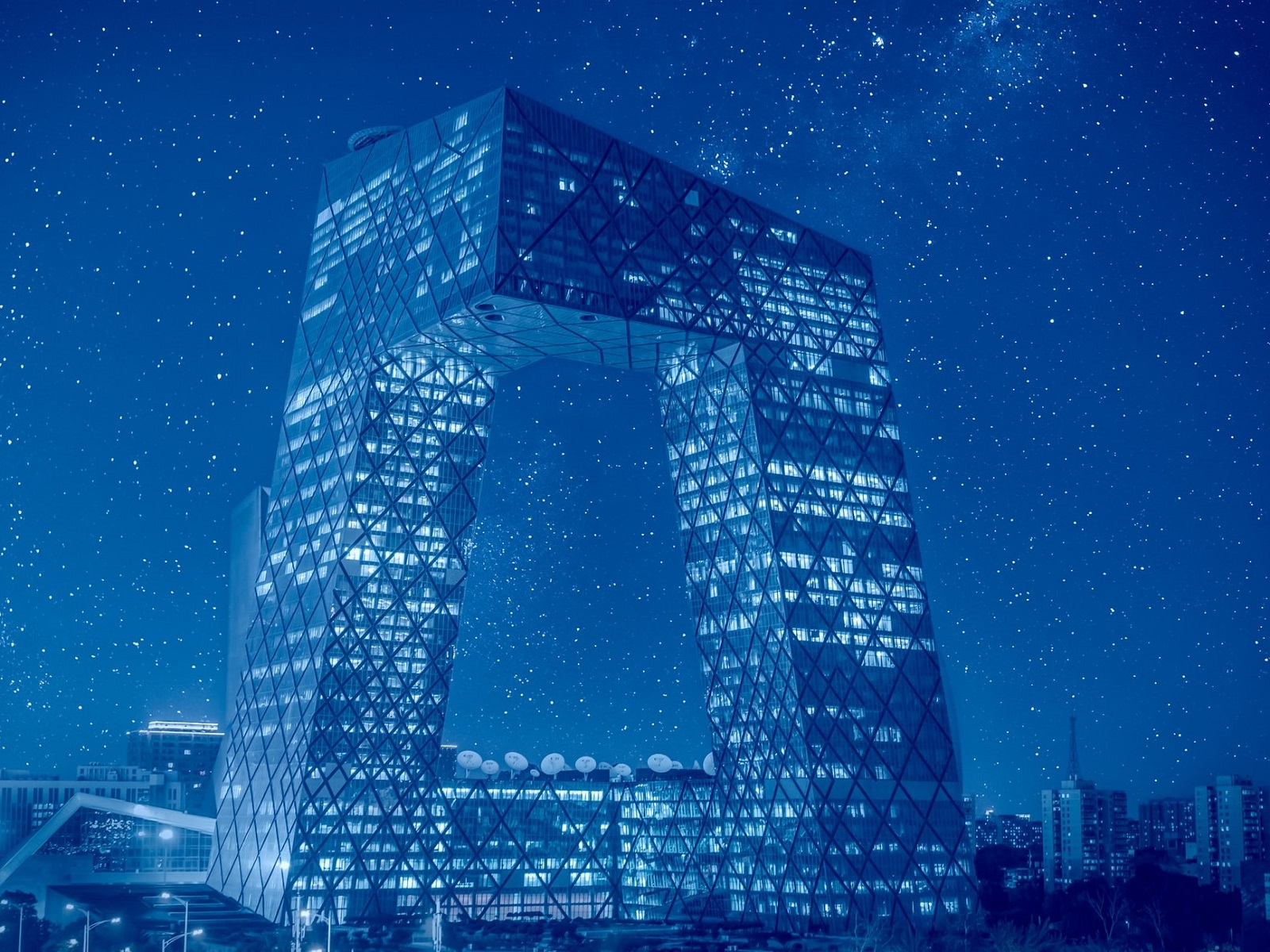 Over the past ten years, AI has been developing rapidly, and San Francisco and Beijing have become the two world centers of AI startups. This piece intends to unveil the best Beijing-based AI companies and to delineate a general landscape of the AI sector in this Asian cosmopolis.

In the previous five years, there have been thousands of AI-related investments in EO's hometown of Beijing. Among the top 20 most valuable AI unicorns in the world, the US has taken 9 and China 7, with Beijing contributing X of the latter figure. There are even several AI unicorns in the capital that have touched other countries' nerves – SenseTime (商汤科技) and Megvii (旷视科技) were blacklisted by the US for data security concerns.

Beijing and Shanghai are the two centers of Chinese AI startups. With the most mature city infrastructure and business market, startups can find their space in Beijing easily, with access to resources that they want – graduates from national top universities, open policies and clustered financial service providers. Moreover, Beijing is the capital of China and it attracts millions of talents from other regions to pursue opportunities.

With such a background, AI startups are most active in the Beijing area. If we consider companies that are involved with the deep learning part of big data, IoT, computer vision and other technologies that are under the category of AI, Beijing has recorded over 2,000 investment deals since the birth of VC in China (though they mainly occurred in the 2010s), while 3,000 occurred nationwide. 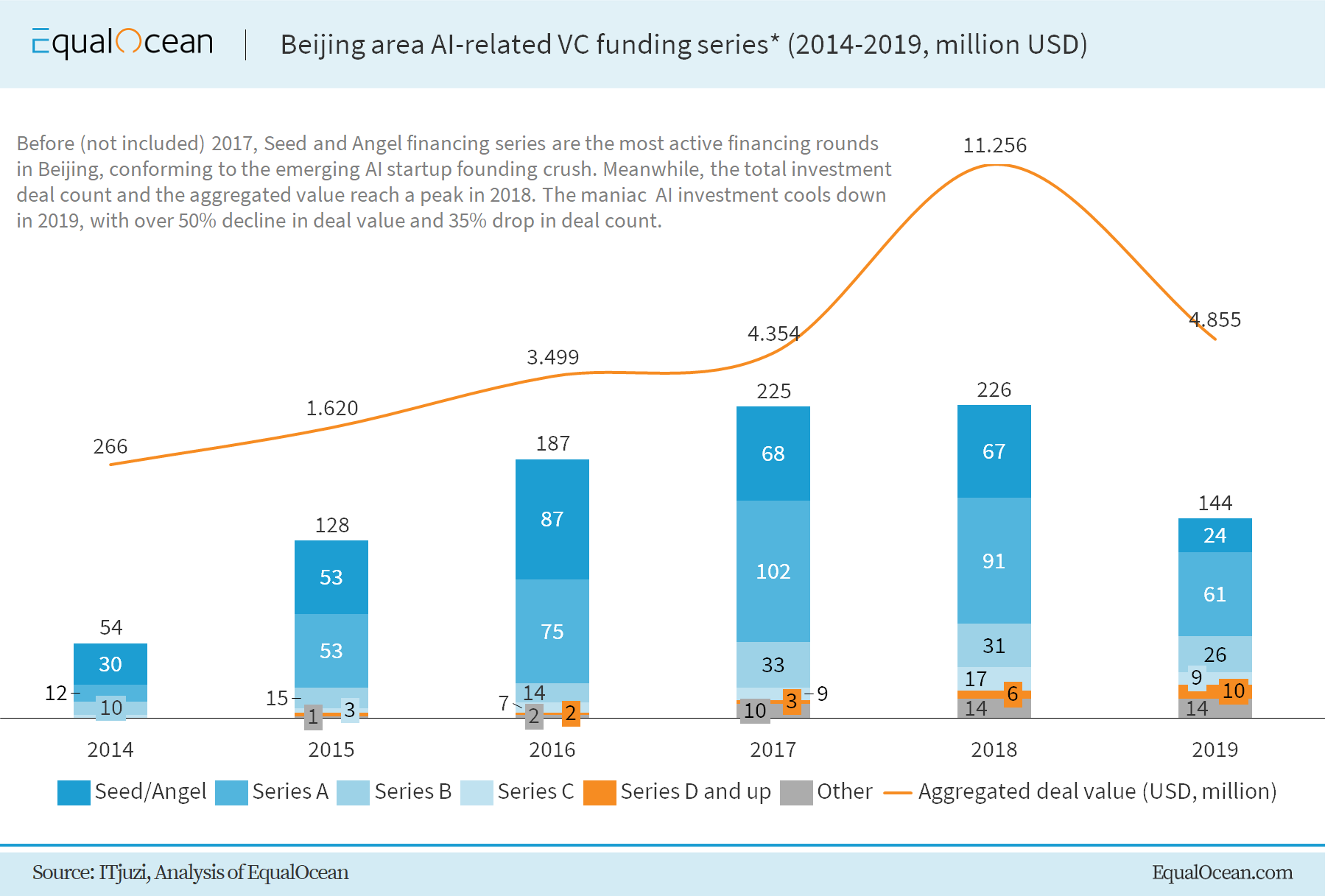 AI has been challenged due to several concerns: profitability, morality, privacy, data security and so on. For startups, the predominant issue is commercialization. 2019 has been regarded as a critical year for AI startups to prove their capability of making money. However, with a general slowing-down of the economy, AI is finding it hard to stand out. The investment activities in the private sector have echoed this.

The year 2018 was the peak of AI investment, whether in terms of the aggregated deal value or the total deal count. Along with the development of AI, we can see a clear pattern of investment rounds shifting from the early stage to the mid-late stage. In 2015, Series C and up financing rounds were only 2.3% of total VC investments, but in 2019, the number ascended to 13.2%. 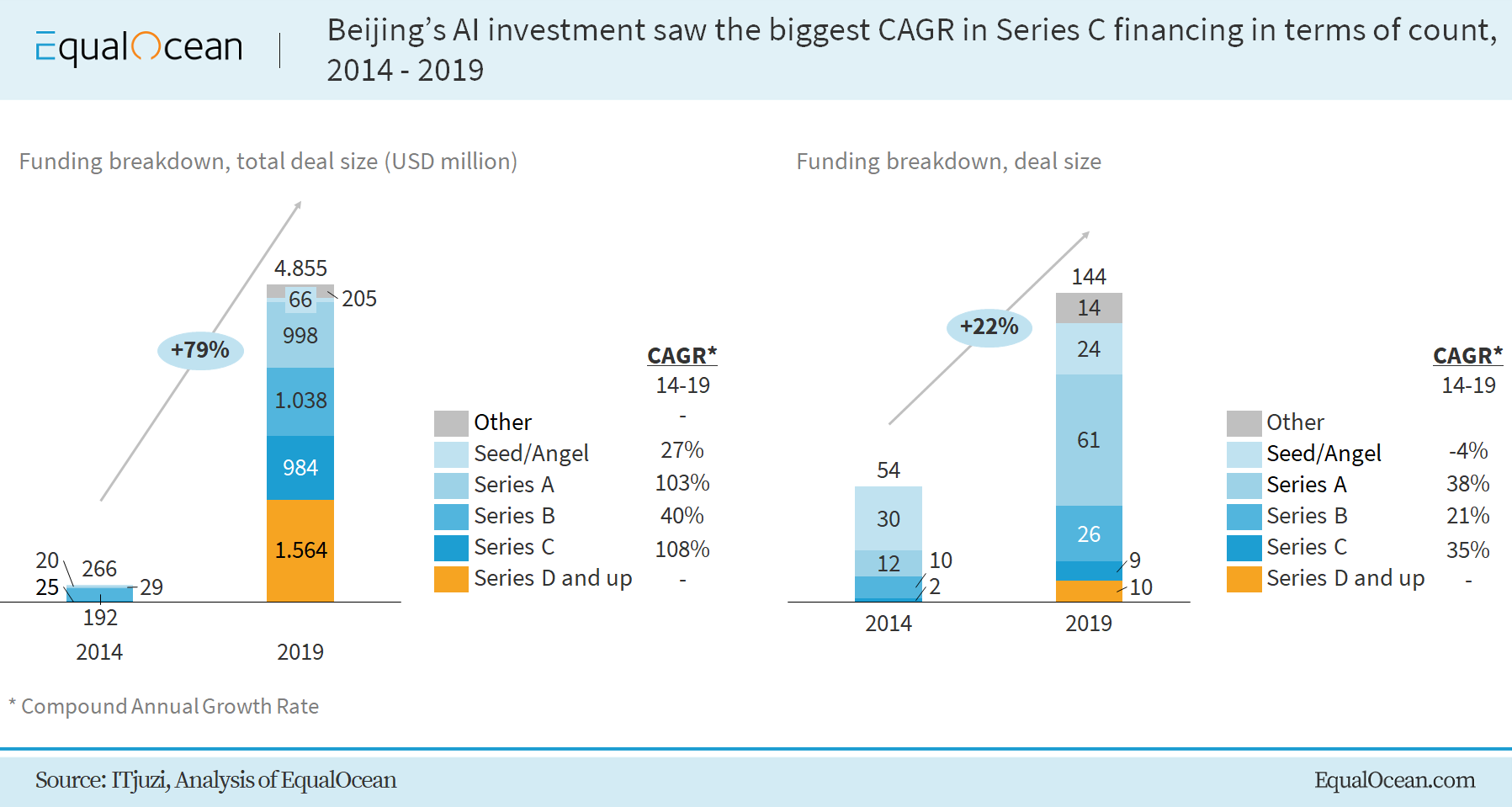 Compared with the declining deal count, Series D and up financing round count is increasing in the past five years. Top players received more attention and raised more funds in late-stage financing rounds, while the opportunities for new startups shrank drastically. In 2016, seed and angel rounds marked highest, at 87, but in 2019, only 24 occurred.

The average deal size of Series C in 2014 was USD 13 million, but the number inflated 8 times in 2019 – startups received USD 109 million on average in Series C funding rounds. Even for seed and angel investments, the average deal value tripled in the past five years.

With more companies entering the Series D and up financing stage, investors are more cautious when investing in the AI sector due to the concerns related to AI startups' magic growth. Therefore, the aggregated investment size dropped while the average investment value increased.

The gold rush in AI investment is gone and we believe the bubble will be corrected as more practitioners get to know AI deeper. Investors will be more practical when pitching AI startups. The second decade of AI will zoom in on realistic issues – what does AI do to benefit various industries?

In China, AI companies are concentrating on security-related projects including the smart city, anti-fraud activities and cloud security, while some are also finding healthcare a good playground for them. For the Beijing area, AI unicorn companies are capable of most scenarios that AI can cover currently. 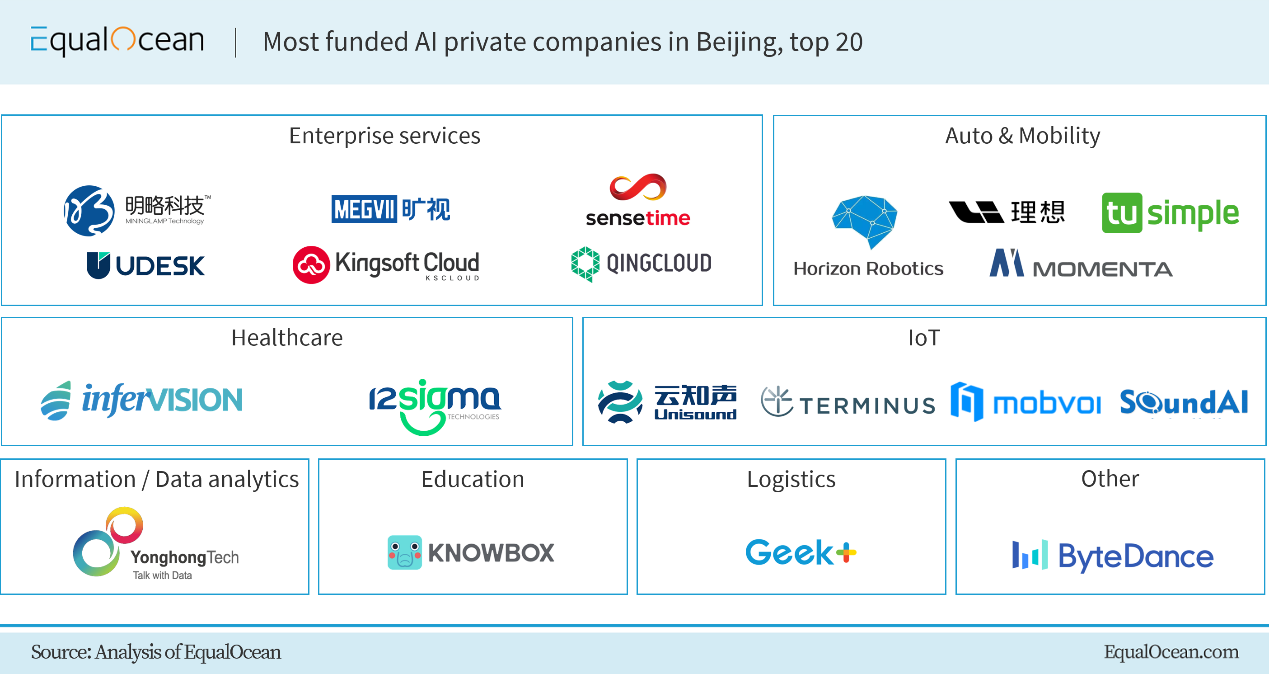 In our selection of exciting AI outfits, 19 out of 20 companies are tagged with industries or fields, but not ByteDance. The firm is listed because of its AI-driven recommendation algorithm, embedded in its products like Tik Tok and Toutiao. Now that the company has been stretching to the enterprise service area, it is on track to become a conglomerate with a complex product mix but not belonging to a specific industry or field. AI supports ByteDance's product and improves user experience – but it is not where the company generates income from.

Enterprise services, auto & mobility, IoT and healthcare are hotspots for the top 20 startups in Beijing. In the enterprise service sector, AI companies use their advantages in processing and analyzing massive data to provide integrated services to support client companies' operations. For instance, Mining Lamp (明略科技) is a firm featured by building knowledge maps for industries so to provide solutions to large enterprises. In this sector, people believe these companies will be the first batch of listed AI companies. Megvii (旷视科技) has cleared the hearing process and is expected to be listed on the Hong Kong bourse in the first quarter.

Infervision (推想科技) and 12Sigma (图玛深维) are the top two specialized AI medical image-reading unicorn companies in China. Both have cooperated with hundreds of hospitals and research institutes over the past several years. With millions-strong databases, the two companies are matched competitors from product lines to target clients.

In conclusion, Beijing's AI sector provides the most unicorn startups nationwide. Enterprise service providers and auto & mobility companies make up half of the top 20 AI companies by funding amount. Most of the above-listed companies entered the mid-late stage financing rounds – but the questions about their profitability never stop. Indeed, in contrast to the inflated funding amount, the public would like to see their matched ability to generate positive cash flows. 2020 is a challenging year but also a critical period for AI companies to re-construct market confidence and prove that AI is not a mirage but brings true value to enterprises and industries.

CONTACT US
Scan QR code to contact us for professional consulting services
Next article
Tech Giants, Startups and VC Companies Spring into Action Against the Virus