Will WeDoctor Be the ‘Billionaire Doctor’?

According to Bloomberg, WeDoctor is preparing its IPO at a market value of over USD 1 billion on the Hong Kong stock market. This article contrasts the Tencent-backed healthcare firm with another competitive candidate, Ping An Good Doctor. 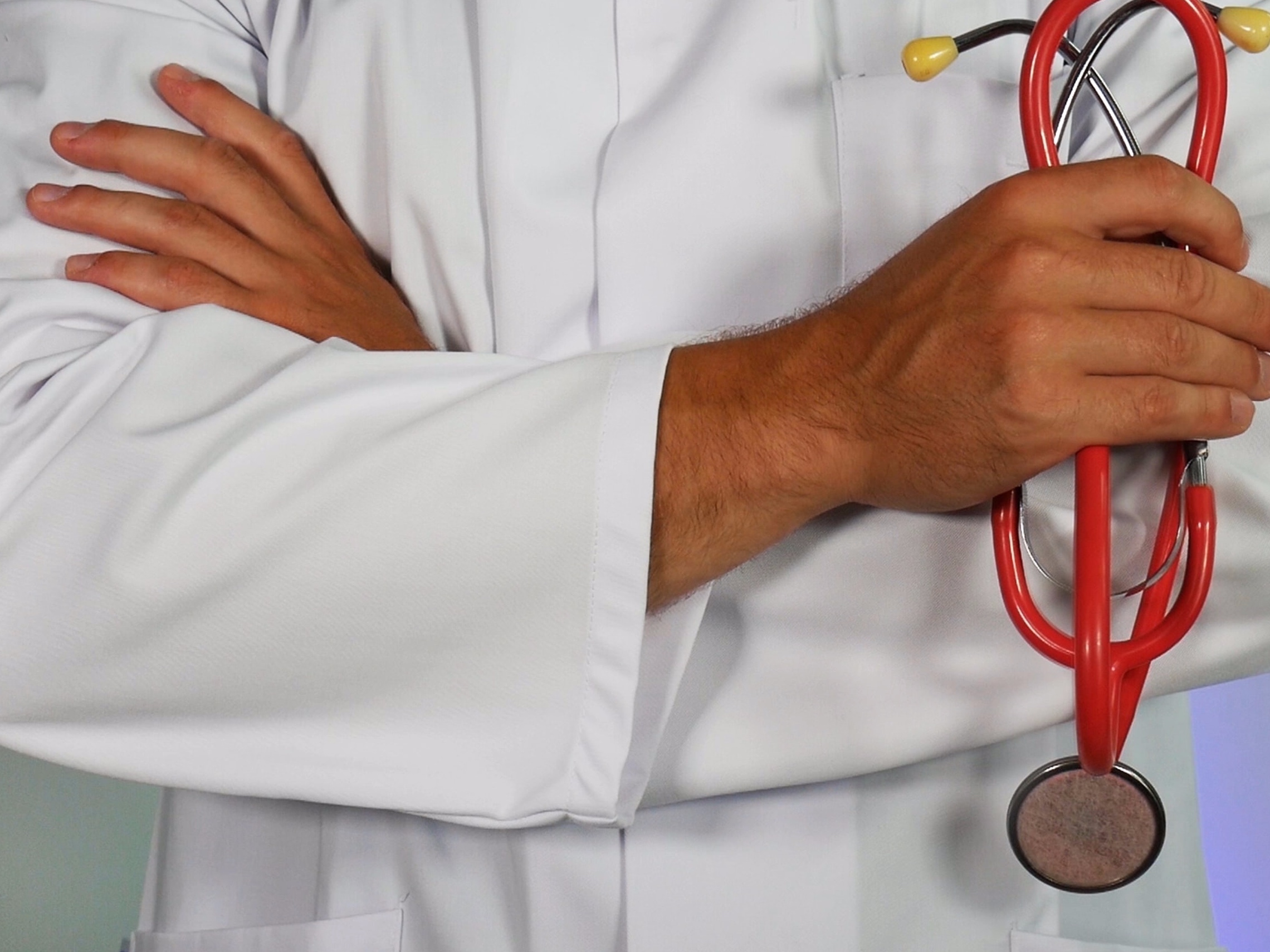 Earlier in 2018, WeDoctor announced it would go public on the Hong Kong public market, at a pre-IPO value of USD 5.5 billion, following Ping An Good Doctor’s IPO in the same year. This Hangzhou-based company planned to do a spin-off, similar to Ping An Group, splitting its business modules to preserve its data business in the mainland. But this plan did not materialize, partly because the public market urged disclosure of some data items of patients.

Although hearing this postponed IPO move is not surprising for WeDoctor’s analysts and watchers, it is outside the market’s expectation, considering the current tension around the epidemic.

Even though investors have not heard any stark official announcement about the IPO so far, more market players are diving into telemedicine, moving with reference to Ping An Good Doctor.

The first-ever ten-year national plan, Made in China 2025, sets ‘Big Health’ as a critical development area for this country of 1.4 billion. Online healthcare, or cyber-care, is one of the most potential business forms, driven by the tremendous demand for timely inquiries, remote appointments and family medicine. Looking into China’s medical supply end, the official numbers still look unsatisfactory. As of the end of 2018, there were 32 thousand hospitals nationwide, up to 1 million medical institutions, and over 11.7 million health workers – yet this army of healthcare providers is acknowledged as being insufficient for the whole population.

One problem is that these resources are not delivered in balance. As the Economist pointed out, prestigious AAA hospitals only account for approximately ten percent of public medical hospitals but receive half of outpatients. According to a report on Chinese medical facilities, the over 1000 level-three (level three, the most advanced) hospitals take care of the consultation for up to 80% of Chinese.

Unfriendly experiences and low efficiency in the traditional hospitals and medical services give hope to the rise of cyber-care. The following six shortcomings of traditional healthcare are deeply imprinted in the mind of Chinese patients; each is a potential healthcare breakthrough.

Impact of the 2019 novel coronavirus

The continued spread of coronavirus has laid a direct and overall impact on the online healthcare industry. The consultant from Analysis, Chen Qiaoshan, thinks China’s online healthcare market may near CNY 200 billion (USD 29 billion) in 2020, up from the pre-outbreak estimate of CNY 158 billion. 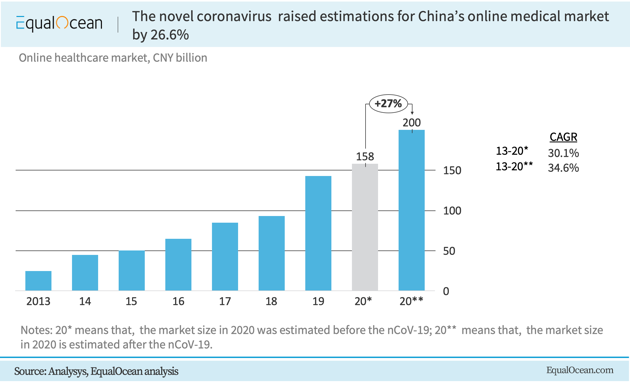 Since the outbreak of the epidemic, Ping An’s medical services app saw a total of 1.1 billion visits, a tenfold increase in new registrations, and a nine-fold increase in daily inquiries, according to Mr. Wang Tao, the CEO of Ping An Good Doctor. Similar explosive growth occurred in Miaoshou Doctor, JD Health and WeDoctor too. Within a week from January 23, WeDoctor mobilized over 1500 doctors from respiratory, infectious disease and internal medicines for an online free clinic.

Before this, it was a medial appointment registration website named Guahao.com (Guahao, the Chinese for the appointment before the medical diagnosis), founded by Jerry Liao in 2010. Now WeDoctor is running four business segments, covering healthcare, cloud, insurance and Pharma – all parts of its expansion since Tencent’s investment in 2014.  WeDoctor Healthcare provides disease diagnosis system for Western and traditional Chinese medicines, facilitated by AI technology. Its cloud business allows partner hospitals, clinics and government to do data processing, AI diagnosis, pension management and etc.

In 2015 this healthcare company even started to run an Internet-based hospital in Wuzhen (a tourist town in Zhejiang), similar to the Kaiser Hospital in the US, seamlessly connecting pharmacies and medical services. The registered members can have appointments, remote diagnoses, regular checkups, digital prescription and other services at a pharmacy. All the information will be delivered to the doctors at the Wuzhen-based hospital. After the remote diagnosis, the pharmacies will send the over-the-counter medicines to patients.

Although both share a similar goal to make up the healthcare breaches in an internet mindset, they have different operation model and business segments. Ping An Good Doctor mainly relies on its in-house doctor team. In PingAn’s three traffic-oriented framework, full-time doctors provide free online consultation, steps on the pedometer convert to monetary value, and the company purchases medical licenses to run the pharma e-commerce. Then the new users or visitors are guided to seek their potential demand to the cyber-care’s four major business segments: family doctor services, consumer healthcare, health mall and health management (including wellness interaction).

Its first annual report in 2019 disclosed a revenue percentage drop in family doctor services. But it is never shy away from the ambition to provide family doctors to every family with e-profile for everyone. Based on the one-stop healthcare ecosystem, PingAn has accumulated data worth hundreds of millions to train the diagnostic robot. Its medical team of 1000 doctors is its core competency, distinguishing it from Alibaba’s (BABA: NYSE) arm ‘Ali Health’ and Tencent-backed ‘WeDoctor.’ 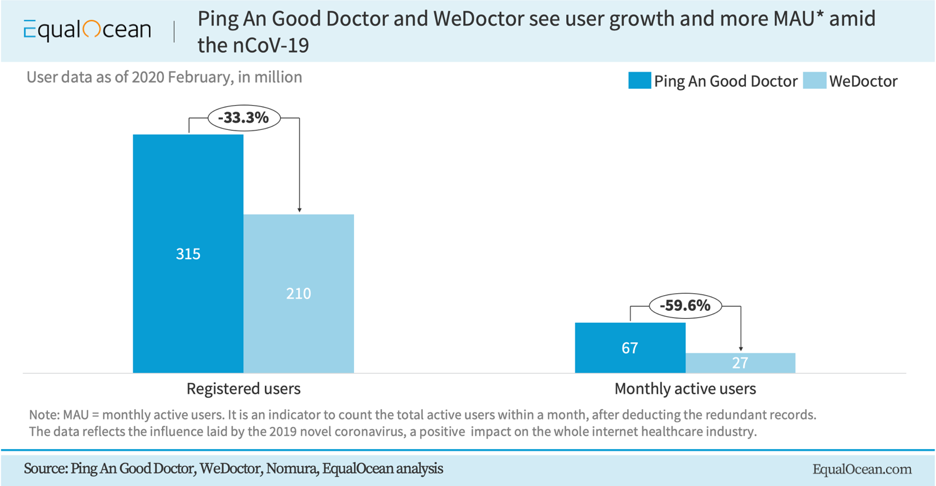 Starting from 2012, WeDoctor, and former Guahao.com, went through four rounds of funding. Tencent (TECHY: Nasdaq) joined the investor board in 2014 and updated the company’s name to ‘WeDoctor’ the next year. The latest 2018 pre-IPO financing, led by AIA Insurance Group, a Hong Kong-based insurer giant, bankrolled WeDoctor with USD 500 million, at a post-deal valuation of USD 5.6 billion. 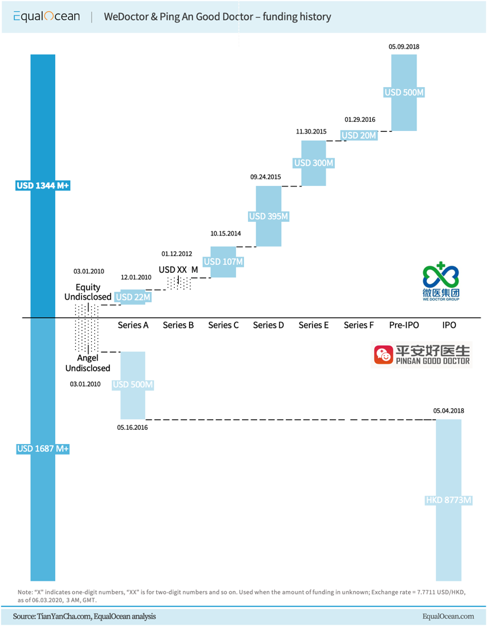 Though two competitors adopted different funding strategies, they shared similar investor composition: at least one global capital institution and one insurer. The backup from an insurance titan is seemingly a necessity for online healthcare to complete the closed business loop. WeDoctor even secured the access of Fosun Pharma (02196: HKEX), a Chinese-listed pharmaceutical company.

Ping An Good Doctor went public in Hong Kong Stock Exchange in 2018, five days earlier than WeDoctor’s pre-IPO funding round. Even though WeDoctor did not fulfill its IPO plan either in 2018 or in 2019, Ping An Good Doctor can still be comparable, in terms of business essence and online traffic.

In terms of valuing a cyber consumer-oriented business, the operation traffic data imply the source of value creation. In the case  of e-commerce tussle, Gross Merchandise Value (GMV) is the key value driver in the multiple valuation models. Here in the case of online healthcare, the number of registered users bring consultation visits, revenue from pharma e-commerce and subscription fees for family doctors.

As of March 6, Reuters reported WeDoctor planned to lead a USD 1 billion IPO underwritten by Goldman Sachs. From the above estimation based on Ping An Good Doctor’s case, there seems to be plenty room to touch the estimated ceiling. 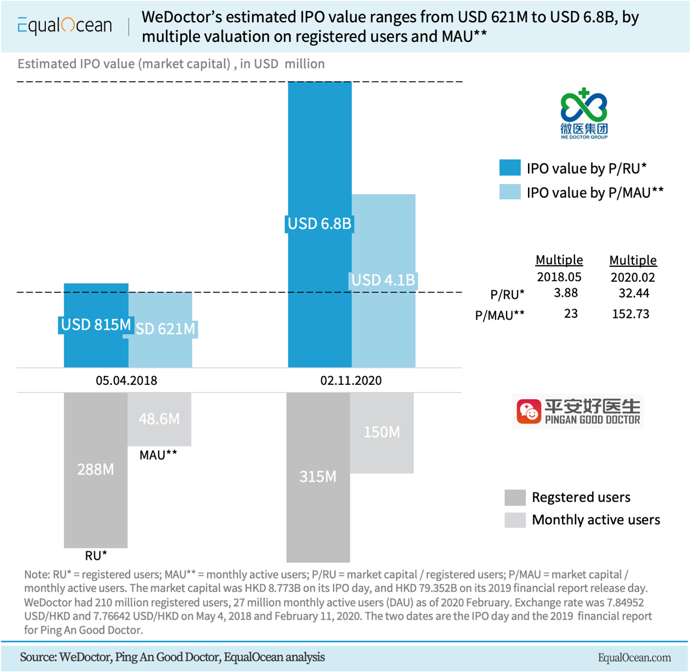 In the theory of real options valuation, the flexibility to make investment decisions creates value, based on the underlying principle that people learn during the postponed action time.

Another market exposure of online healthcare was in 2018 when Ping An Good Doctor was considered a unicorn during its prospectus time. Ping An Good Doctor (01833: HKEX) had its IPO in the Hong Kong stock market, followed by the share price falling 3.74% below its issue price of HKD 54.8. However, now the market is more familiar with its business, giving over HKD 72 after its 2019 financial report.

For WeDoctor, it did not make the strategic move following Alibaba’s backdoor listing in 2014 and avoided the sluggish market in 2018 and China-US trade conflict in 2019. In early 2020, the epidemic is halting China’s economy while boosting one of the fledgling industries: online healthcare. Will WeDoctor seize the opportunity this year?