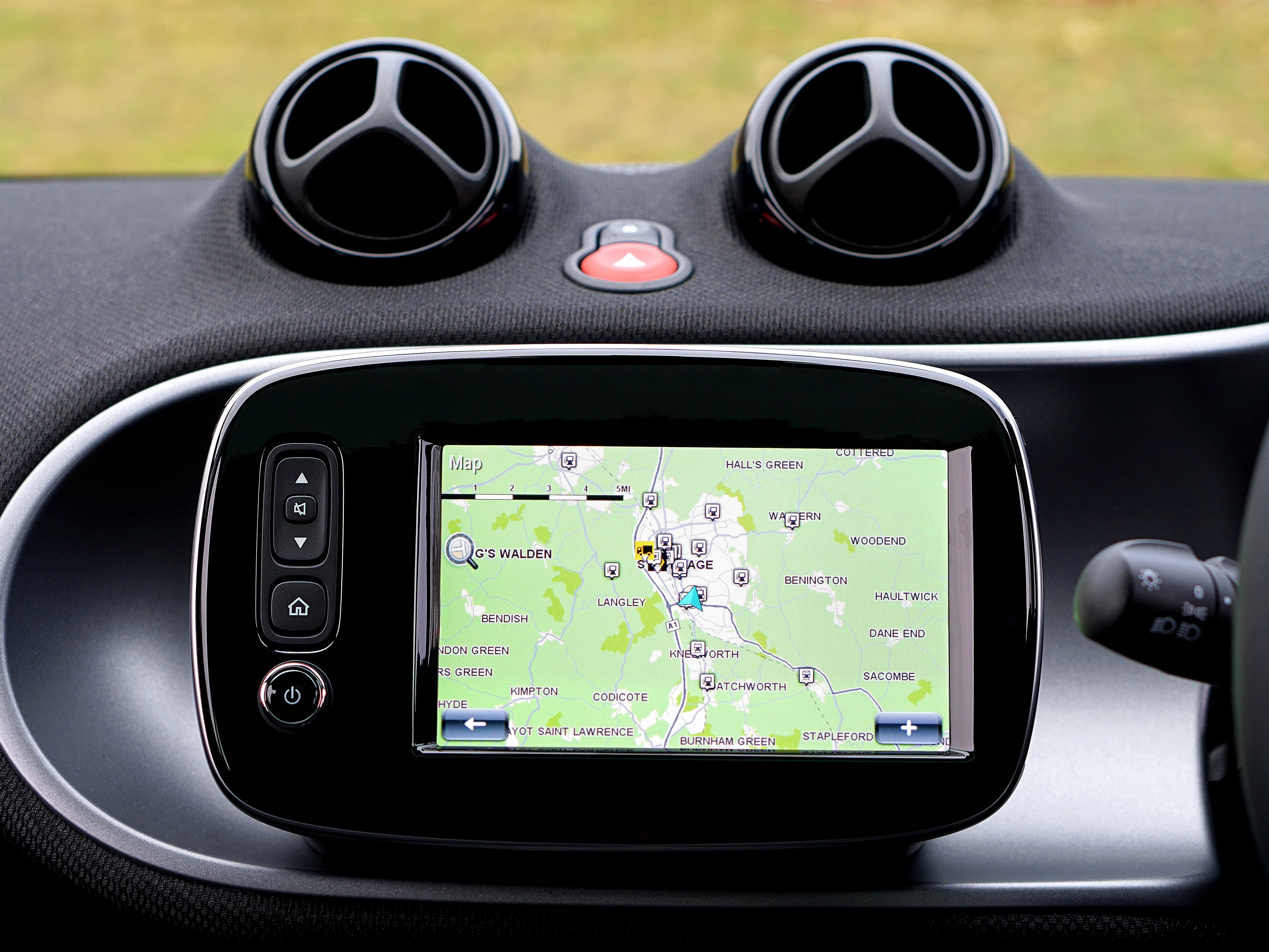 Has a leading position in the Chinese digital market. NavInfo has been the largest digital map and navigation provider for the past decade. Its accumulation in map data provides a strong barrier to entry.

Decreasing income. NavInfo’s net profit margin has been decreasing due to fiercer industrial competition and the downward trend of the automobile market. Its net income dropped almost 30% YoY in 2019.

Delayed product innovation and production. If the commercialization of new technology is slowed down, the investment may not generate cash flow in the near future. NavInfo’s research expense has been taking around 50% of sales revenue since 2016.

Unclear profit generation in the future autonomous vehicle industry. As a traditional digital map company, NavInfo’s long term goal of being a comprehensive autonomous driving solution provider may be impeded by its weak accumulation in computer vision and deep learning algorithms. 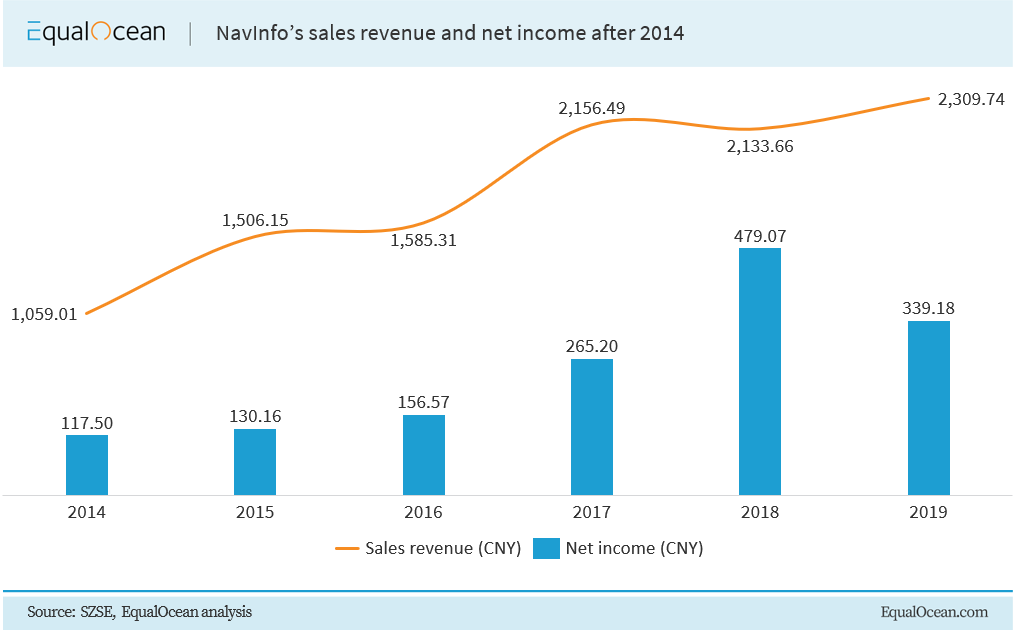 NavInfo spends high R&D expenditure every year on promising technologies. Its betting on the future is favored by the mainstream industrial and financial media but may also lead to potential risks, as NavInfo’s net income has been decreasing in recent years.

NavInfo is the leader in Chinese digital map market. The main products include map data, map compilation and navigation systems. Its share in the car navigation market in 2018 was 38.5%, first among all players. NavInfo provides map data and navigation software directly to automobile manufacturers. NavInfo has stable customers among most international automobile companies, including BMW, GM, TOYOTA, etc.

NavInfo’s rank in the field is very solid.  There are less than 20 companies and institutions that hold the Chinese first-class surveying and mapping qualification. Due to official barriers, foreign companies are forbidden to operate in the Chinese digital map market. Hence only a few Chinese players such as AutoNavi and eMapgo can compete against NavInfo now.

The long-term plan for NavInfo is to become the autonomous vehicle software system solution provider for traditional automobile manufacturers. For now, NavInfo is focusing on the more mature in-vehicle driving assistance systems that have already been commercialized.

With the technology in digital maps, NavInfo is developing Advanced Driver Assistance Systems (ADAS). ADAS is the core of the recent popular Partial Driving Automation (L2 Vehicle Autonomy). As an electronic system integrating sensors and chips that collect and analyze data of the surrounding environment to provide drivers with suggestions and warnings, ADAS is also a serious step forward towards the future of fully autonomous vehicles.

NavInfo’s recent moves show its ambition to be the leading player in ADAS. For instance, in 2019, NavInfo had a series of service contracts with BMW, covering a complete driving assistance system -- navigation map, ADAS map and Connected Navigation Service (CNS). Another milestone is the acquisition of AutoChips Inc. in March 2017, a Chinese automobile chip supplier/maker, which helped NavInfo catch up in automobile hardware. 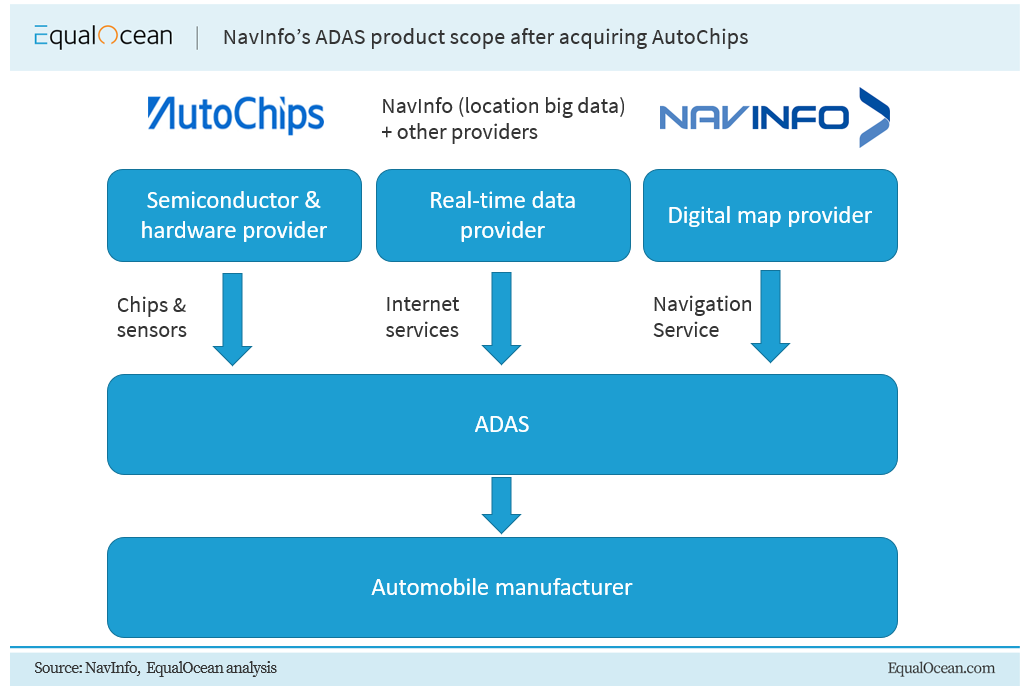 In summary, NavInfo is a one-stop ADAS solution provider for manufacturers in the Chinese automobile industry. Its cross-sector acquisition and business development show the aspiration of integrating navigation systems, connected vehicle services and automotive semiconductors to offer a comprehensive and advanced in-vehicle information platform.

NavInfo’s intensive investment in autonomous vehicle related areas can also be viewed from its annually increasing proportion of R&D expenses next to sales revenue.  High research expenses may benefit from long-term development in the coming autonomous vehicle age, but this adds a high pressure to its recent financial status. 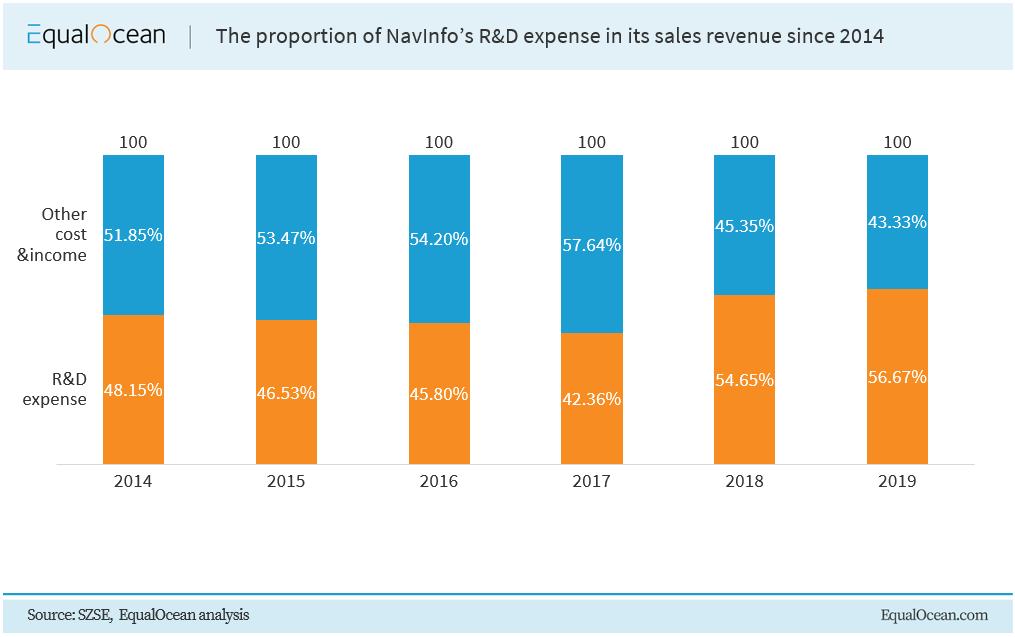 According to NavInfo’s annual report, its net income decreased 29.2% in the year 2019 due to reduced sales in the automobile market. The proportion of research expenses, however, rose dramatically after 2018 in response to the accelerating development of autonomous driving. NavInfo’s heavy bet on the future also caused concerns from its investors.

With the technological accumulation in digital maps and driving-assistance systems, the most plausible way of future development in autonomous driving for NavInfo is as a localization and mapping module provider for comprehensive autonomous vehicle manufacturers. NavInfo is less likely to succeed as an independent driving autonomy system solution developer.

The key difference between the recent fast-developing driving assistance systems – such as ADAS – and fully autonomous driving is the learning, reference and decision stages after the stage of data accumulation. NavInfo’s advantages in high definition maps, real-time data platforms and automobile semiconductors all serve the sensing stage, which collects and analyzes data to provide information on the location and surrounding environment. This is the core of driving assistance but forms only the first step of autonomous driving.

The core decision-making stage processes the data received in the sensing stage and outputs instructions for the acting stage. This part requires in-depth application of deep learning such as Computer Vision (CV) technology. NavInfo, as a traditional digital map provider, is much less experienced compared with the autonomous vehicle division of tech giants (e.g. Waymo of Google, Apollo of Baidu) and emerging automobile manufacturers such as NIO – their advantages in deep learning algorithms and road testing are apparent.