People's health awareness is gradually increasing, but with the frequent occurrence of scandals in the medical examination industry, Meinian Onehealth is facing new challenges. 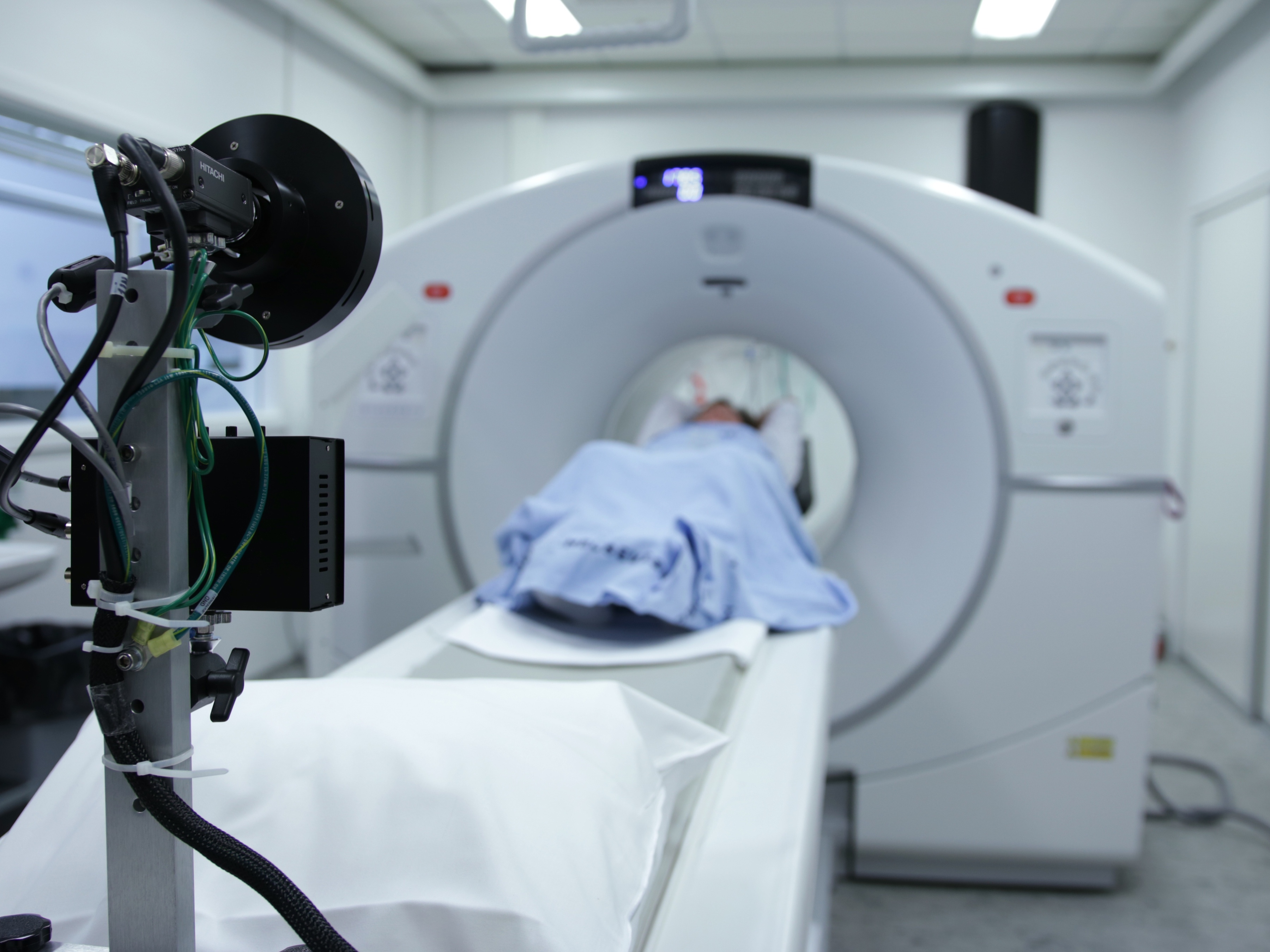 ► Revenue growth is slowing, and the company is turning from profit to loss in 2019.
► Leverage is expanding and liquidity is tightening.

The Internet of Medicine, a health care service layer using the Internet and big data as carriers, is opening up new directions for the medical industry. This concept was widely discussed during the Two Sessions in 2020. During the session, Ma Huateng, Tencent founder and NPC deputy, put forward a proposal to focus on smart healthcare to realize patient information sharing and improve service efficiency.

The giant in the physical examination industry, Meinian Onehealth (002044:SZ), is catching up with the pace of the Internet of Medicine. On December 27, 2019, three Alibaba-backed companies strategically invested in the company, helping it develop its consumer end, which only accounted for around 30% of revenues in 2019. With the funding injection of the Internet giant Alibaba, this group with medical examination as its core is expected to realize smart healthcare faster, benefiting both medical staff and patients.

However, looking back at the trend of stock prices over the past half-year, it seems that this company has not won the favor of investors. After Moody’s and Fitch downgraded their ratings one after the other at the end of 2019, the institution, which has nearly 700 medical centers across the country, suffered a continuing decline in market cap. 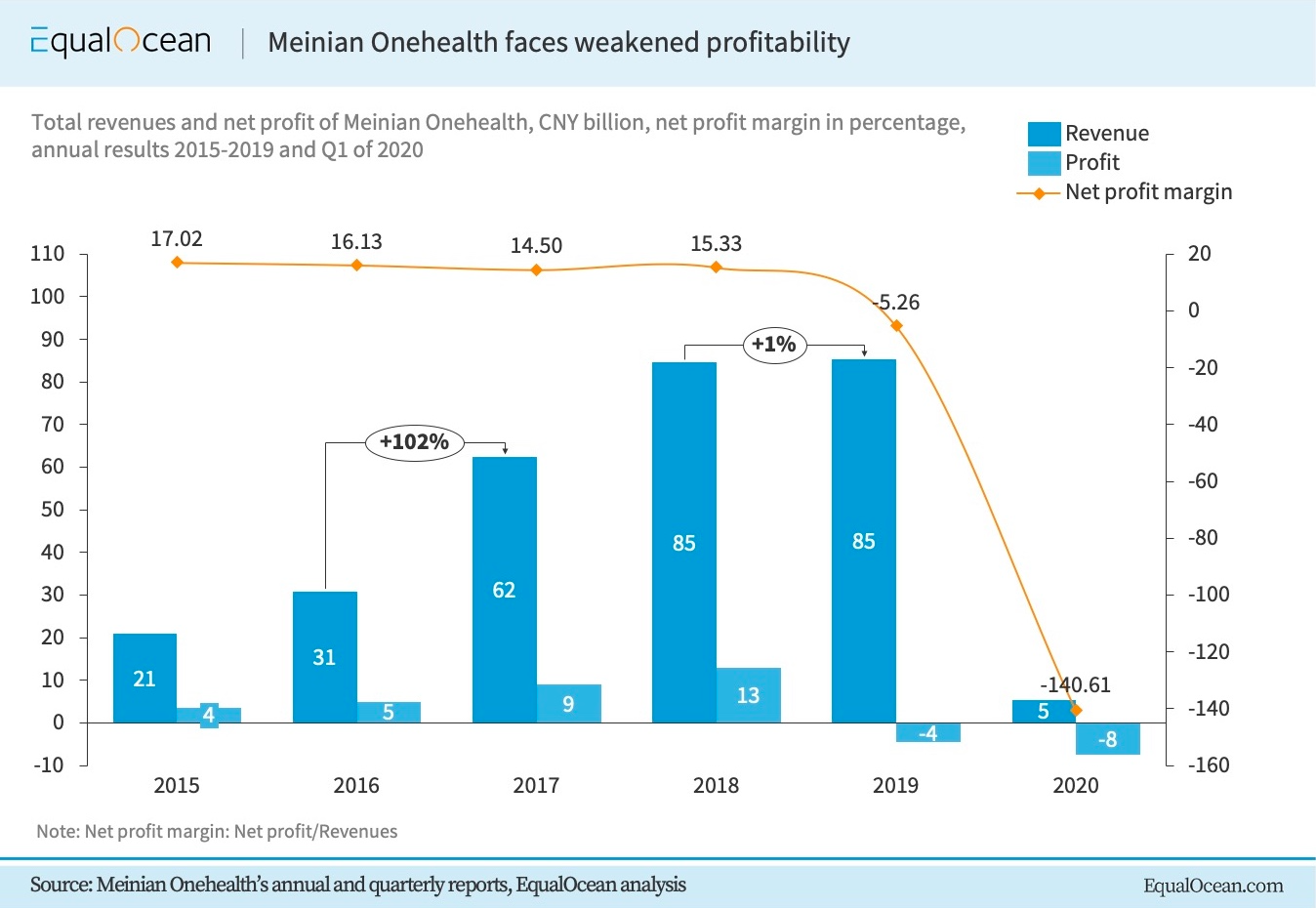 Over the past five years, total revenues were increasing at a decreased growth rate. Compared with Moody’s projected revenue growth rate of 15%-18%, the company performed way worse than expected, with only a 1% increase in 2019. In terms of net profit, the check-up giant even experienced a loss in 2019.

At the end of 2019, there were 84 new physical examination centers, with a year-on-year growth rate of 15.33%. However, with the gradual expansion of the scale, revenue in 2019 is almost the same as that of 2018, implying that the ability of Meinian Onehealth to generate income is declining.

The medical examination center launched a policy in July 2019 to limit the flow of appointments to ensure the patient’s service experience, which reduced the number of patients received and negatively affected income. The impact of this measure of sacrificing revenue to ensure quality is likely to be long-term. When the total number of customers remains stable, the hospital has to tap new models to increase revenue, such as lifting service prices, which is likely to be unacceptable and time-consuming.

In addition to the slowdown in revenue growth, the net profit also plummeted. Affected by the epidemic, the loss in the first quarter of 2020 even exceeded the loss for the full year of 2019. Goodwill impairment accounted for a large part of the trend. Since going public in 2015, Meinian Onehealth has been expanding through mergers and acquisitions, and even some companies have been acquired at a high premium.

However, the operating losses of the holding subsidiary made the company obliged to make allowances for impairment of goodwill, which caused considerable injuries in the income statement. So far, the company’s goodwill balance is still high, and it is hard to say whether the company will turn losses into profits in the next few quarters. Combined with the impact of the epidemic and the national economic downturn, this probability is very low. 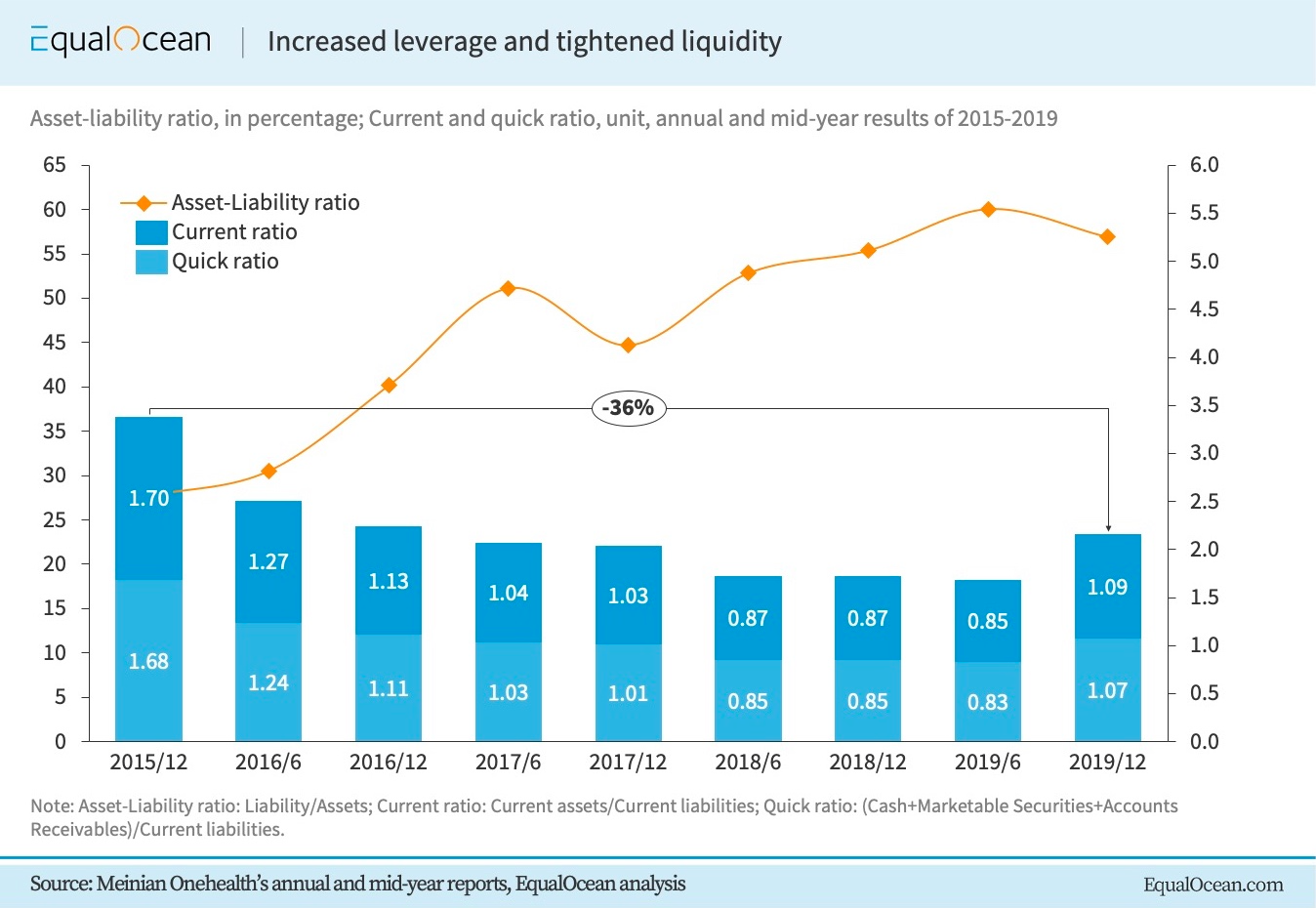 In terms of short-term solvency, the company’s financials do not seem optimistic as well. Both the current ratio and the quick ratio have shown a downward trend in the past five years, suggesting that the ability of liquid assets to cover short-term liabilities is also gradually weakening.

In the 2019 mid-year report, there was a situation where monetary cash could not cover short-term liabilities and capital expenditures. Although monetary funds doubled at the end of 2019, temporarily easing the liquidity issue, the decrease in monetary funds was significantly more significant than the decline in short-term debts in the first quarter of 2020, indicating that Meinian Onehealth faces severe tightening of liquidity.

Other than unhealthy financial statements, the medical examination industry has also released a lousy signal. Earlier, the chairman and CEO of iKang Group exposed industry scandals such as a nurse forging a doctor’s signature. At the same time, Meinian Onehealth was also exposed as illegally issuing medical inspection reports, making the market value evaporate by CNY 2.8 billion. The frequent occurrence of inconsistent medical examination reports results with professional public hospitals has dramatically reduced the trust of customers in private check-up centers.

Similarly, investors’ pessimistic attitude is reflected in the secondary market. The two largest listed companies in the medical examination industry, which are more regulated, Meinian Onehealth and Rich Health Checkup (01526:HKEX), have experienced a straight-line decline in the stock price in the past year.

Taken all together, the crazy expansion brought by high leverage seems to make the company develop rapidly, but how long this prosperity can last is highly uncertain regarding decreased revenue growth rates and increased loss. As a medical service company, should Meinian Onehealth focus more on ‘services’ to optimize customer experience and improve business efficiency rather than blind expansion? Further tough challenges will reveal the answer.