ByteDance will close Vigo Video and TopBuzz, and is transferring these contents to TikTok accounts. This may further augment TikTok’s influences, and generate more online traffic. 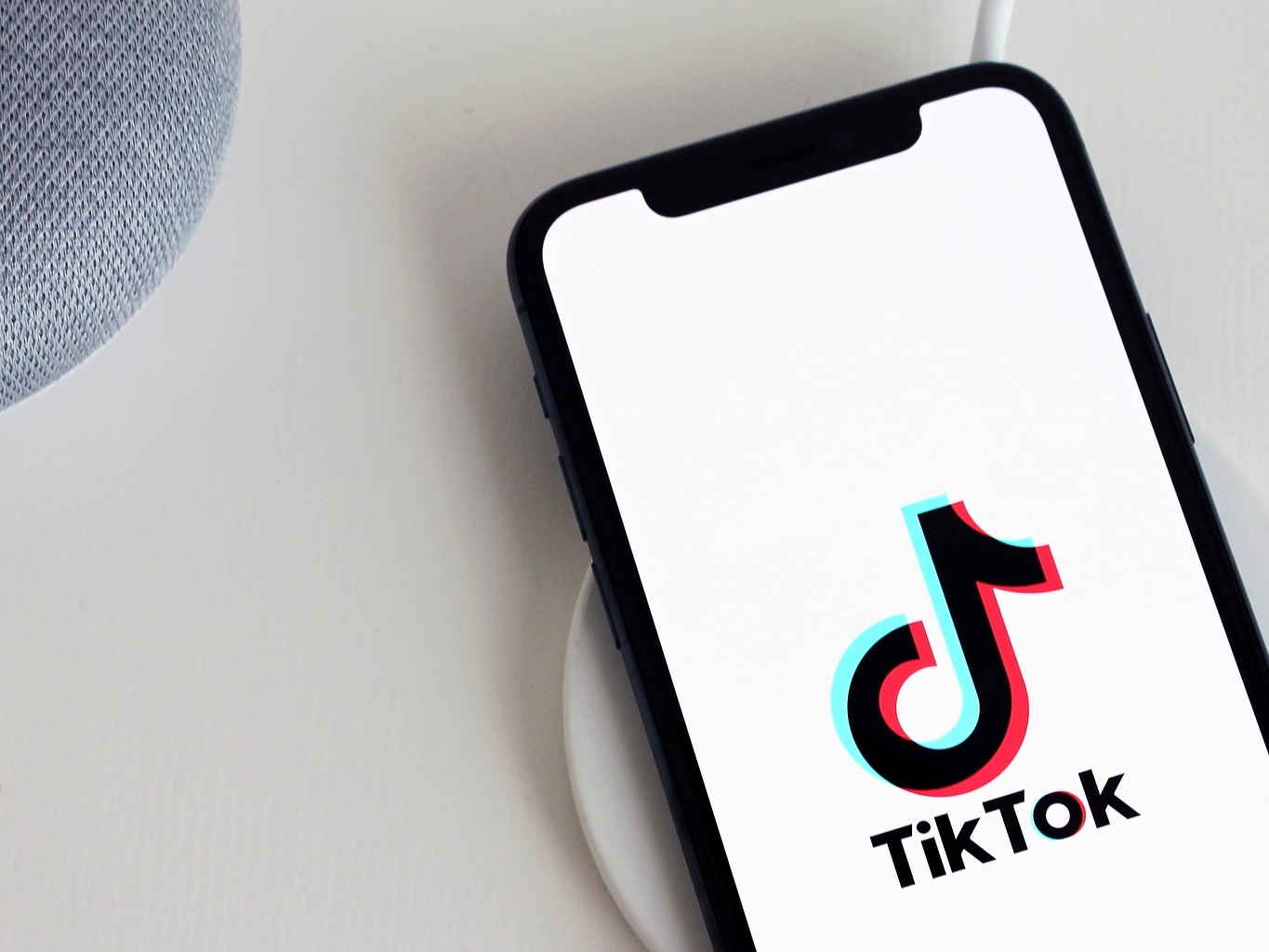 ► The number of TikTok’s monthly active users (MAU) is quite larger than Kuaishou’s after 2018, as it has quicker switching modes and video types.

ByteDance has announced the closure of the overseas version of ‘Huoshan Xiao Shi Pin’ (火山小视频) – Vigo Video in the Indian market – as it wants to concentrate more resources on TikTok, hoping to attract more users. Moreover, it plans to close TopBuzz, the international form of the news platform 'Jin Ri Tou Tiao' (今日头条).

ByteDance, the short-video giant, has developed from a small team of 30 people to 60,000 employees and 240 offices globally. The information platform 'Jin Ri Tou Tiao,' ByteDance's first product, is a solid foundation for this global video platform to implement an expansion strategy. After accumulating enough users, it started entering the short video field and released TikTok, its most popular app so far. According to Sensor Tower, TikTok ranked top in global mobile applications, with its download volumes approaching 0.112 billion.

There has been an upward trend for the firm’s total revenues, about 172% annual growth from 2016 to 2019. How could ByteDance grow so rapidly? Two main reasons cannot be ignored. Firstly, it utilizes a recommendation algorithm in its products. To be precise, ‘Jin Ri Tou Tiao’ is not merely an information platform, it can recommend news depending on users’ interests and characteristics. Thanks to big data technology, ‘Jin Ri Tou Tiao’ attracted 1.5 million active users at the end of 2013. Secondly, ByteDance has caught up with the wave of short video, whose user size keeps increasing. For instance, the emergence of TikTok helped it attract 442.6 million users in 2019. Moreover, the emergence of livestreaming also appeals to a crowd of entrepreneurs and Internet celebrities, benefitting ByteDance. Thanks to their participation, the short-video giant has obtained more advertising revenue – a total operating income of USD 5.64 billion for the first quarter in 2020. 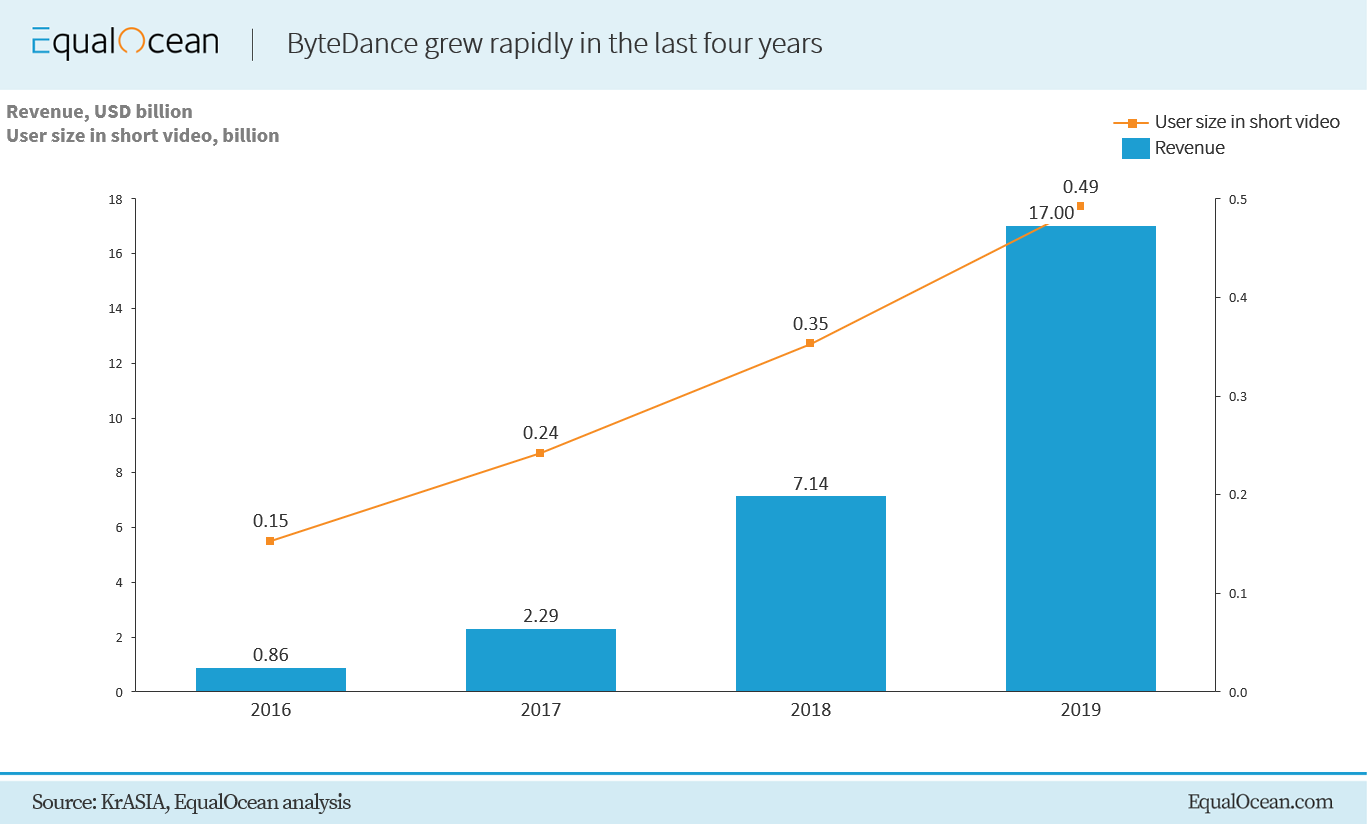 After setting a firm footing in the domestic market, the Internet giant started expanding overseas in 2015. But why is it considering shutting Vigo Video and TopBuzz? When compared with TikTok, Vigo Video and TopBuzz show some comparative weaknesses. As for TopBuzz, it was accused of hosting too much ‘fake news.’ As Elliott Zaagman, a blogger writer said, TopBuzz was always recommending rumors about the main two US political parties. Moreover, many users of TopBuzz were attracted by ByteDance’s subsidies. Once the firm stopped offering bonuses, the active users began to decrease sharply, as there are many local competitors in the Indian market, such as Dailyhunt.

Regarding Vigo Video, its function is similar to TikTok, but the content is not creative enough. Specifically, TikTok had 81 million MAU in India last year, while Vigo Video merely got four million in India. Even some Hollywood celebrities were allured by TikTok’s new concept of video editing. Hence, ByteDance has been making more efforts in developing TikTok recently, because there is more room for it to attract overseas users.

In the early stage of TikTok, it was not as popular as Kuaishou. In 2017, TikTok’s users were a half the size of Kuaishou’s, with its daily active users lower than 30 million. After 2017, ByteDance began changing its marketing strategies, covering users in all age groups. As for Kuaishou, its target users were mainly in the underclass, and it is not convenient enough as it requires users to choose videos themselves. While for TikTok, its algorithms could recommend videos to users based on their interests. Therefore, TikTok’s MAU have surpassed Kuaishou in the middle of 2018. Moreover, TikTok got 0.8 billion users in January 2020, while Kuaishou only had 0.3 billion. 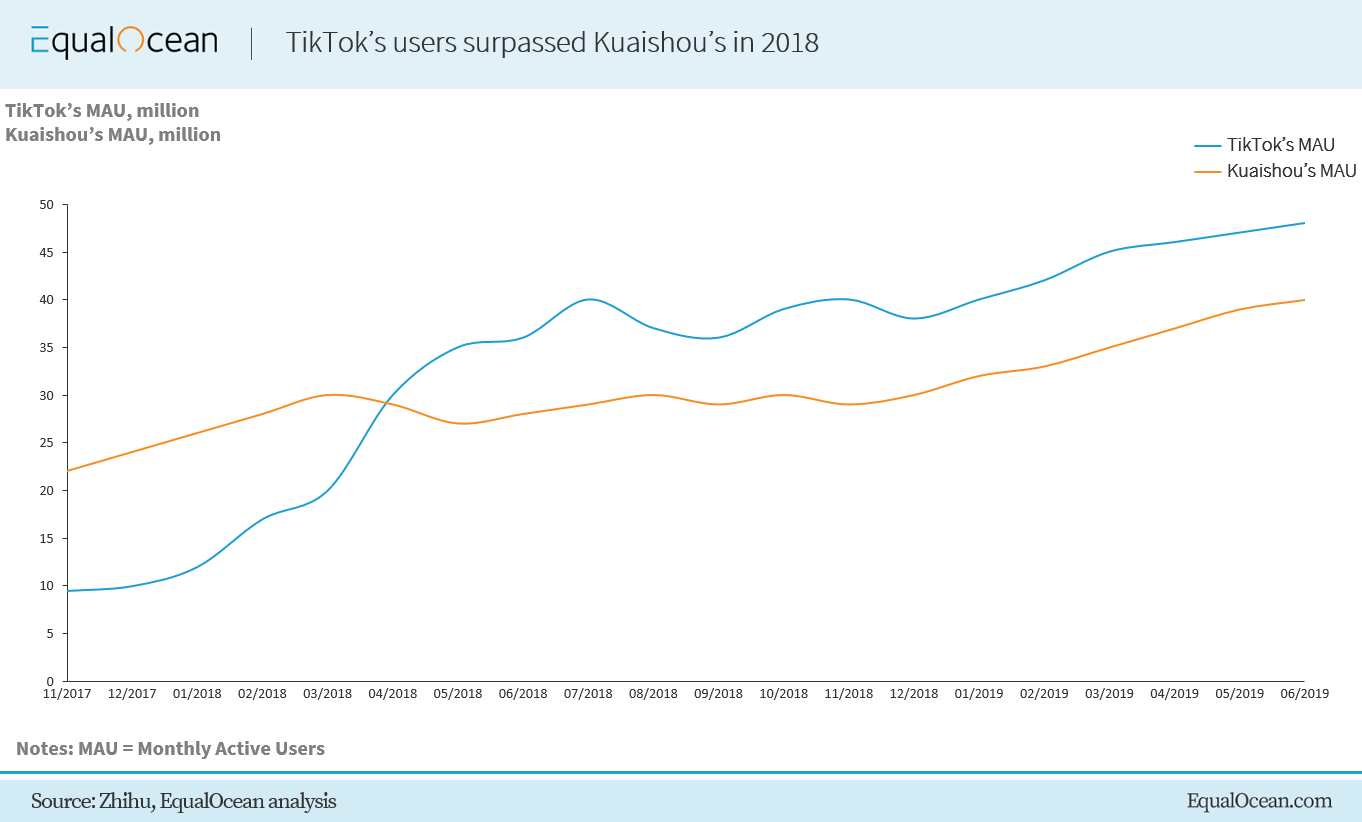 All in all, ByteDance has gained increasing attention these years. Not only does it develop more products, it is also expanding its market into the global field. Specifically, the closing of Vigo Video and TopBuzz should help the firm concentrate more on its popular app, TikTok, and further raise online traffic. Nevertheless, ByteDance should also improve the regulation of TikTok when entering overseas markets. An infamous acid attack video in India exerted a negative impact on TikTok – it is necessary to take action now. For instance, TikTok has set up a data center in India, which provides safer services to Indian clients.

CONTACT US
Scan QR code to contact us for professional consulting services
Next article
Life after TSMC: Is SMIC Able to Serve Huawei and Co.?