Best Performance Ever for the Insurtech Original: ZhongAn Insurance

Empowered by technology, ZhongAn Insurance has been growing fast since 2017. 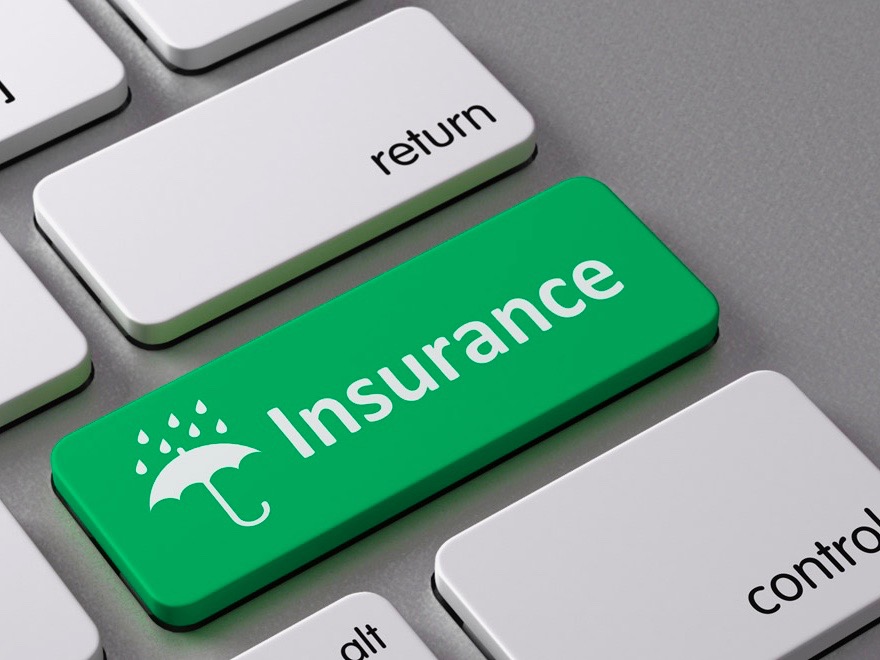 ►ZhongAn earned its first profit in the insurance sector in 2019, and the losses from technology sector are narrowing.
►The reorganization within the business sectors has brought benefits for the company, reflecting in the rapid increases in insurance premiums in crowded marketplace.

On July 6, ZhongAn Insurance (06060:HKEX) announced a performance projection for the second quarter in 2020 – its net income is expecting to grow at a year-over-year rate of 100%. The statement pushed the firm’s stock price to a new peak. On that day, it closed at HKD 55.10 apiece up by 88.4% since the beginning of 2020, representing a market capitalization of HKD 75.25 billion.

According to the previous financial reports, ZhongAn has been growing fast.

In the first quarter of 2020, ZhongAn reported 33.73% (an equivalent of CNY 3.51 billion) year-over-year rise in insurance revenue, and 15.62% (CNY 327 million) rise in net income in the same segment. Last year, the figure of CNY 14.63 billion for insurance premium, which is a 30% increase, marked the break-even point of its insurance business. Though other sectors are still dragging the entire profitability, the loss had been narrowed. The profit reported negative CNY 454 million, compared to the negative figures of CNY 1.74 billion in 2018 and 1 billion in 2017. 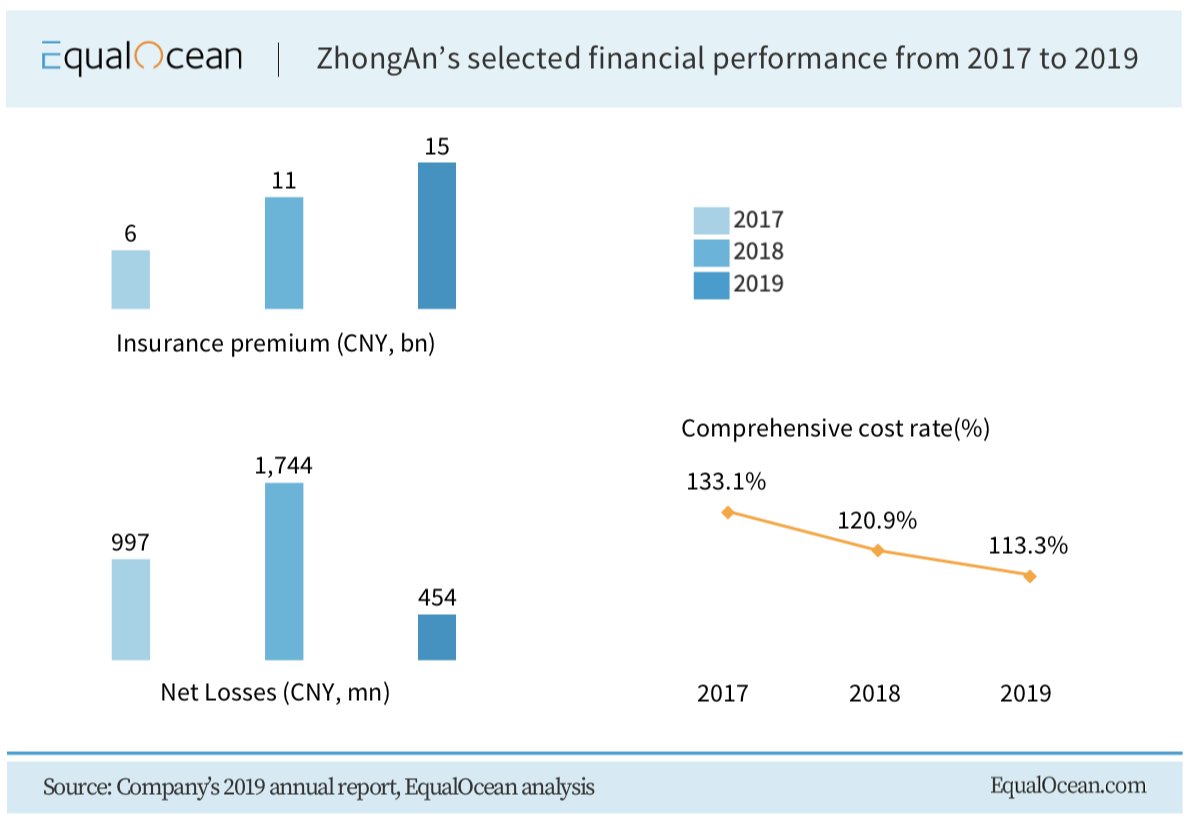 One of the triggers of this favorable change was ZhongAn’s recent business restructuring. The firm has adjusted its sectors’ weights, from 31%, 25% and 14% in 2018 to 21%, 25% and 33% in 2019 for consume finance, health insurance, and everyday consumption respectively.

Restructuring for a cost-effective sector

With the increasing attention of the public on their health, ZhongAn is actively deploying in this field with the path of ‘Internet + healthcare.’. The company earned its internet hospital license in July 2019, and has already linked to more than 1,100 hospitals. The loss ratio in the health sector has decreased by 6% to 53% and the insurance premium ran up year-over-year by 67.59%.

The cooperation with Ant Technology on life consumption insurance services helped the company to reach a 130.77% rise on insurance premium in this sector. The new emphasis on the healthcare and everyday consumption sector did contribute to the company, which promoted the insurance business to earn its first profit. The comprehensive cost rate has also been controlled, going down from 120.90% to 113.30%. 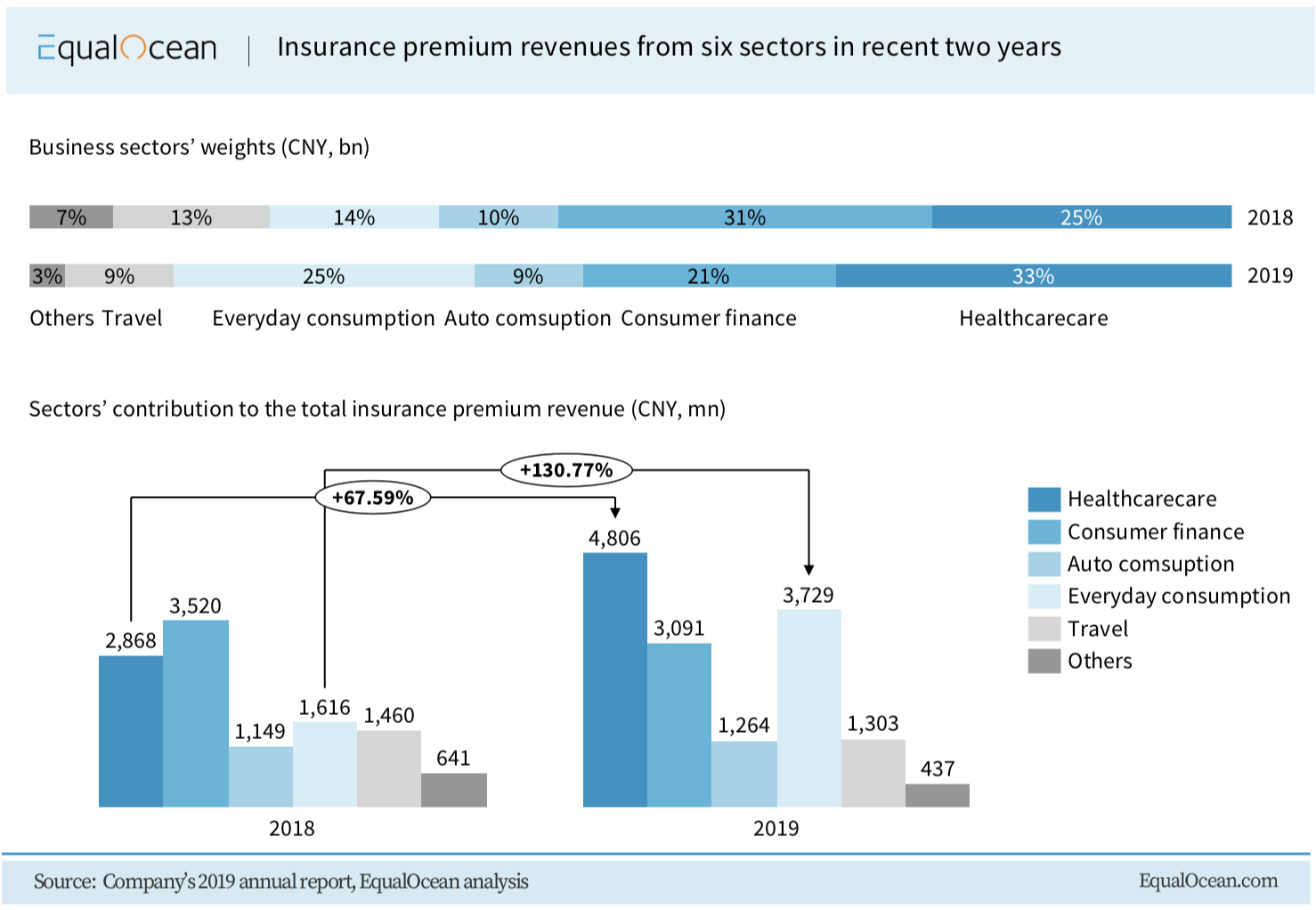 As the original and the representative of the insurtech, ZhongAn knows how to utilize the technology to keep up with the trends. The continuing technology output also showed benefits. The R&D expenses in 2019 were at CNY 978 million, with a 15% rise compared to the same period in 2018. Technicians and engineers account for near 50% of the total staffs.

After a long-term loss from large tech investment, the company finally got the fairly return. The revenue comes from the tech output increased by 139.90%, recording CNY 269.7 million, with the contracted customer near 260.

The automatization rates for insuring and claiming processes have reached over 90%. In the claim process, the losses can be assessed by AI simultaneously based on video interactive technology, with the car-owners claiming the accident online with the uploaded video. Robotic rates on online representatives also reached over 85%. With the same labor force input, the overall online conversation between the representatives and the clients increased month-over-month by 235%.

Though ZhongAn is a new company at less than 7 years old, it has beat some large insurance firms, ranking 11 in the total property insurance market in 2019. In the next article, we will explain how the insurtech juggernaut made it to the top.