Globally, the TWS (True Wireless Stereo) flower is in bloom. Will the TWS market in China follow the steps of smartphones, eventually becoming the world’s largest market? 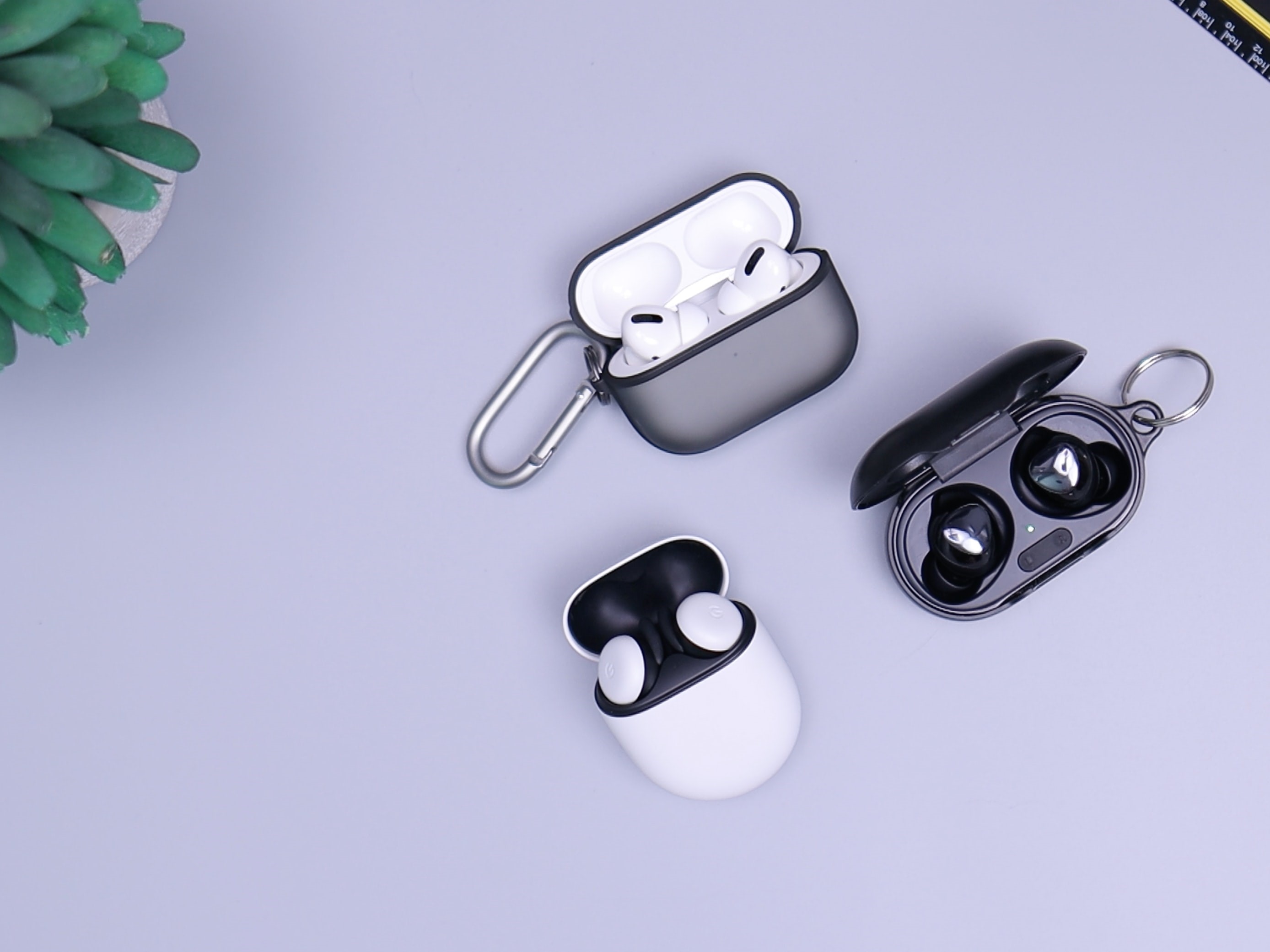 This part will touch upon the global trends and China’s goods and capital market performance in the TWS-related area. For the Chinese TWS consumer market and related technology analysis, please click here to find more.

► In the fast-growing TWS global market, Apple has been taking a certain lead, while the market is still awaiting the next winners of the tech and business competition.
► Taking nearly a quarter of the global shipments, the Chinese TWS market is denser in vendors and lower in selling prices.
► The capital market has been reacting positively to the upcoming TWS hype in China as related stocks averagely received a 70% price rise.
► The official release of the Bluetooth standard and LE Audio in 2020 will bring an industrial revolution, where vendors can change the product game entirely.

The development route and the purchase volume of smartphones could, to some extent, prove the future potential of TWS products, which have been functioning as phone accessories. As global smartphone shipments reached 1.37 billion in 2019, the sales of earphones that include TWS should ideally reach a similar or even larger volume since the relationship between these two products are normally ‘one-to-one’ or even ‘one-to-several.’

Furthermore, with the livestreaming, short videos, online music, gaming and other types of streaming media widely spread, earphones are in sharply increasing demand, since the phone speaker itself could only meet the basic needs of answering and listening to calls. TWS, as an evolutionary product arising from the traditional wired earphones, has an organic growth potential caused by the users’ upgrading from the wired to the wireless ones. Plus the external factors that drive the demand, TWS is attracting consumers, manufacturers and investors.

Global TWS shipments climbed to 120 million according to Counterpoint Research, doubling last year’s performance. It is also revealed that the high growth is mainly driven by Apple's new model launch. However, the estimated global shipments being at 200 million is not merely about Apple – but also the overall growth of TWS vendors and product upgrading along the industry chain.

The global market scale in Q4 2019 won’t be surprising if you’ve gone through the first part of our TWS analysis, in which one of the main points is the TWS market was at the stage that saw Airpods ignite popularity and a tremendous number of small vendors follow the case. With over 40% market share in its hands, Apple’s moves in releasing Airpods and removing the headset jack of the latest iPhone were considered to be industry-changing.

Except for the second largest market share which is taken by other, less famous brands (category Others), the Chinese electronics vendor Xiaomi takes the following position – but only with a single digit. The rest of the listed vendors are quite closely ranked, indicating intensive competition. China, as the largest smartphone market and the world’s leading technology hub, is reasonably performing above the world average in terms of consumer electronics development. Here to be prudent and to give minimum estimation of the Chinese market volume of TWS, the global average ratio of smartphone to TWS is applied in the calculation. And the result turns out to be still significant, taking nearly a quarter of global shipments.

The distinct traits of the Chinese TWS market, as the ‘mirror’ Shenzhen Huaqiangbei District reflected, are competitive pricing and having numerous brands in the pool. From the list ranked by JD.com, one of China’s main e-commerce platforms, with 295 million monthly active users (MAU), the average price among the top ten models is around USD 30, nearly seven times less than the price of Airpods. Half of those ten are products from big firms like Xiaomi, NetEase and JD.com. The rest are small/medium vendors that focus on audio devices. 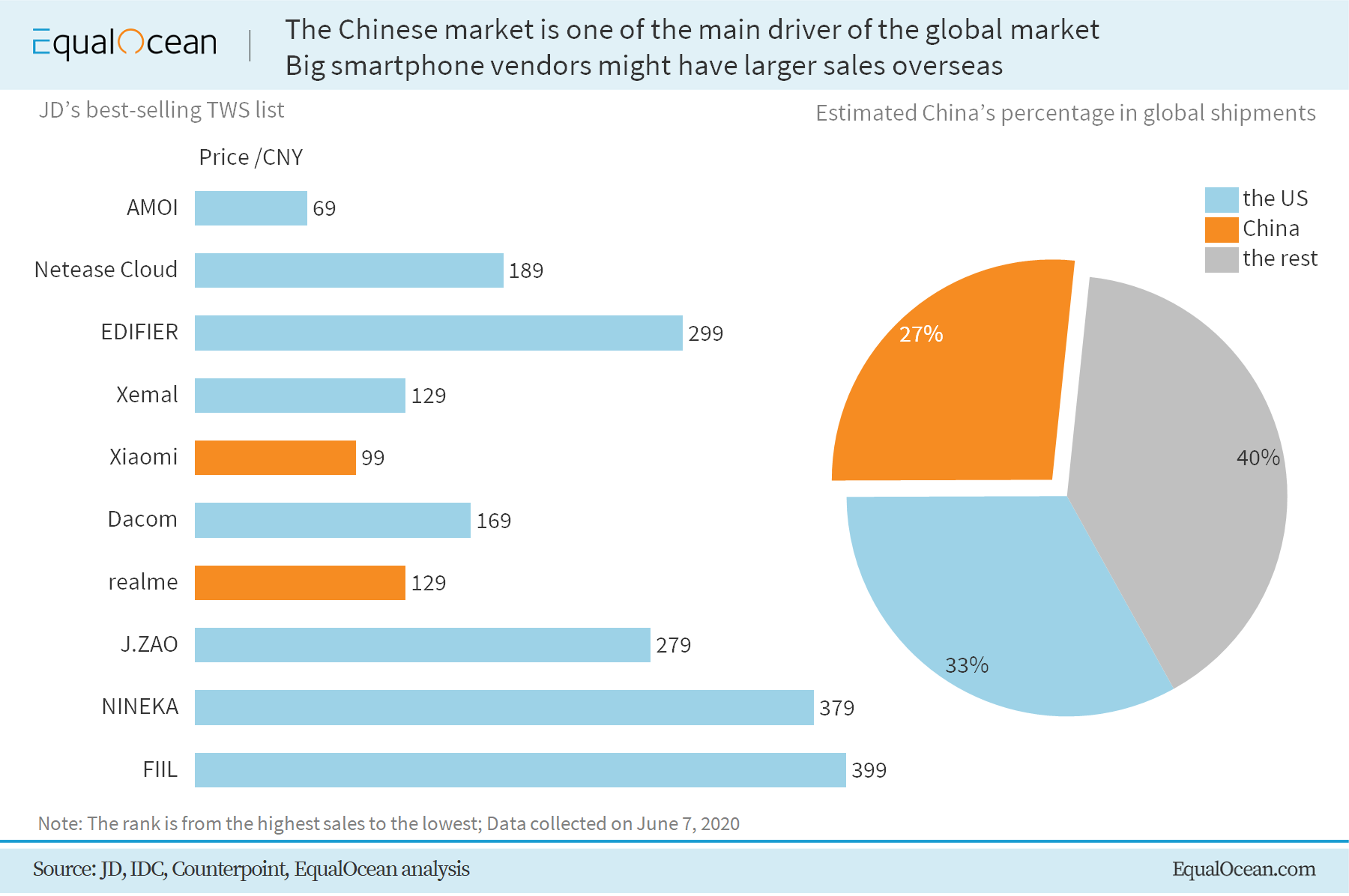 TWS and the capital market performance

The improvement of TWS in the commodity market started the trading trend along TWS-related companies in the capital market. As the following shows, the recent year, despite the virus outbreak that gravely affected both production and consumption for a couple of months in China, has witnessed an above-average price uptrend. Similarly, a valuation boost happened in each sector mentioned in the first part’s BOM – exemplified by annetta and USB connector manufacturer Luxshare (002475:SZ), MCU sound card provider GoerTek (002241:SZ) and the final product vendor EDIFIER (002351:SZ). Though the ‘beta’ plays a significant role in the firms’ stock prices, the rising stock price of TWS related products is backed by the real sales anyway. 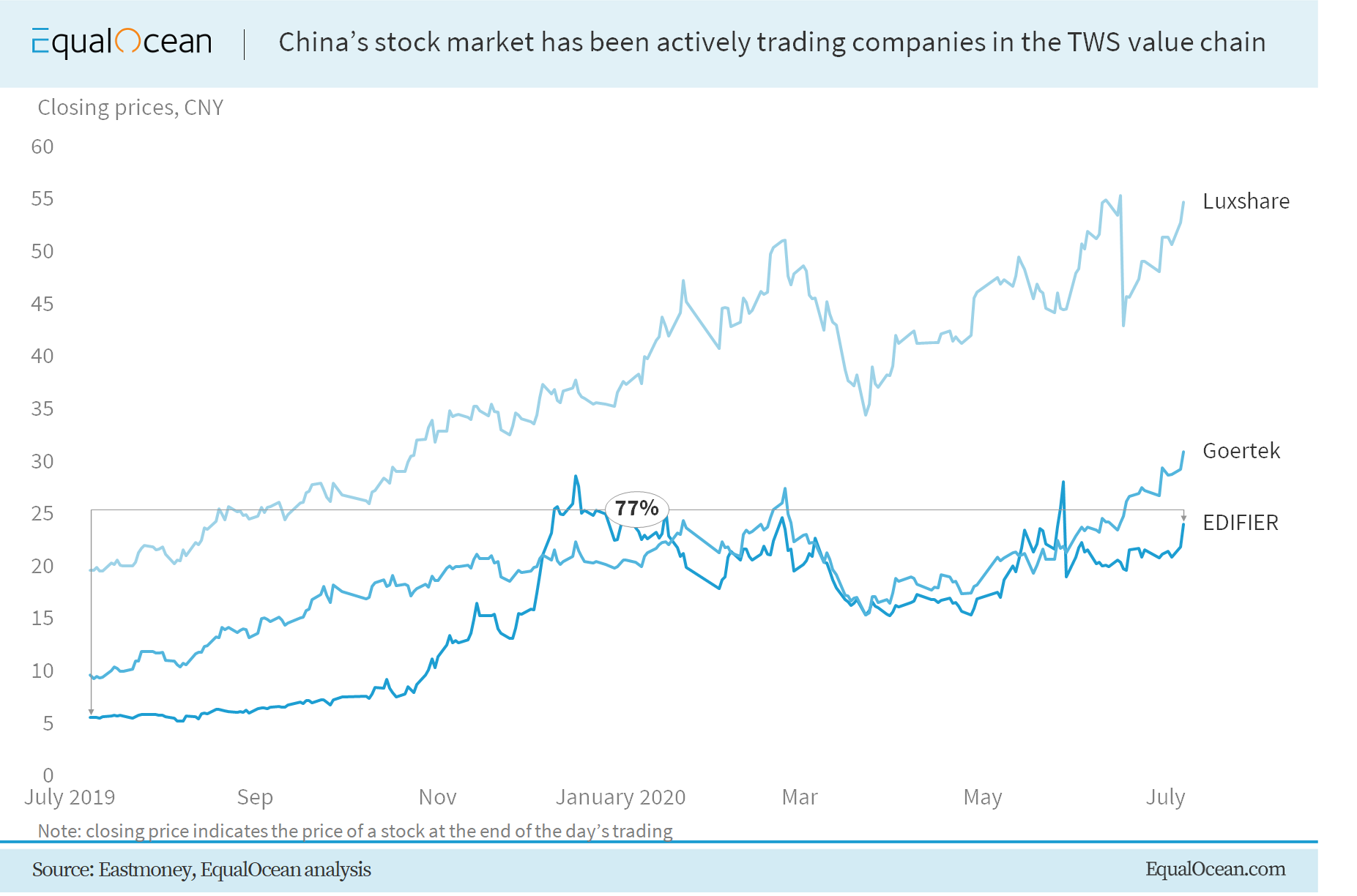 More opportunities after the rollout of the next generation of Bluetooth audio?

As the Bluetooth specifications that define LE Audio are expected to be released throughout the year of 2020, the latency between the left and the right, which vendors expect Apple cannot significantly reduce, will be eliminated by the new Bluetooth specification. To be specific, the upcoming Bluetooth connection will include ‘Multi-Stream Audio,’ which will enable the transmission of multiple, independent, synchronized audio streams between an audio source device, such as a smartphone, and one or more audio sink devices. The lower power consumption of the next Bluetooth connection will also help the TWS products to be more user friendly (no need to charge in the middle of a movie anymore). By then, the technology barrier set by Apple is not likely to be that high, luring other players to innovate, eating finally into Apple’s 42% market share.