What are the special advantages that lead one to a seat in the industry? 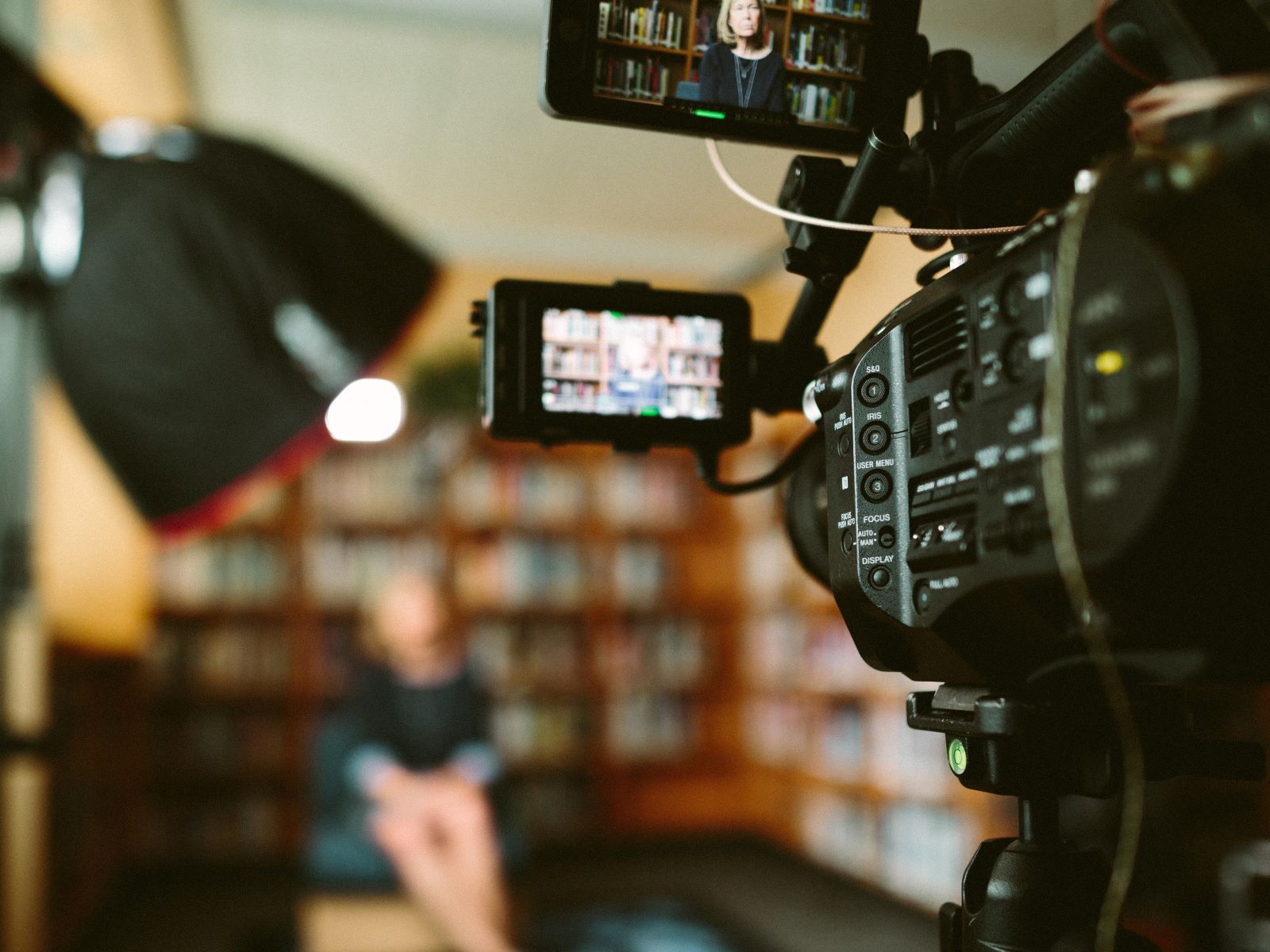 ► Tencent – the Shenzhen-based giant – became a leader in the area of social, mobile games, mobile payment and music.

► Bilibili is gathering much of China's next generation,  with a high retention rate of over 80% and paid users that have doubled to 88 million.

► Gaming is the real money making sector – half of these top 10 firms bet on it.

In this era, information is exploding, and communication channels are delivering information at greater and greater speeds. Attention is becoming a real luxury. Various media are making themselves as attractive as they can to promote users clicking on the mobile platform and staying there.

The communication industry in China has ushered in a wave of rising names, led by Douyin (the Chinese TikTok) short video, Tencent mobile games and Taobao live streaming. This trend continues today, even at the country has almost walked out of the haze covered by the epidemic.

Compared to the start of 2020, the industry's stock price went up and outperformed the overall market. As China has listed 5G as a national technology development strategy, it’s sure that the communication sector will earn opportunities. 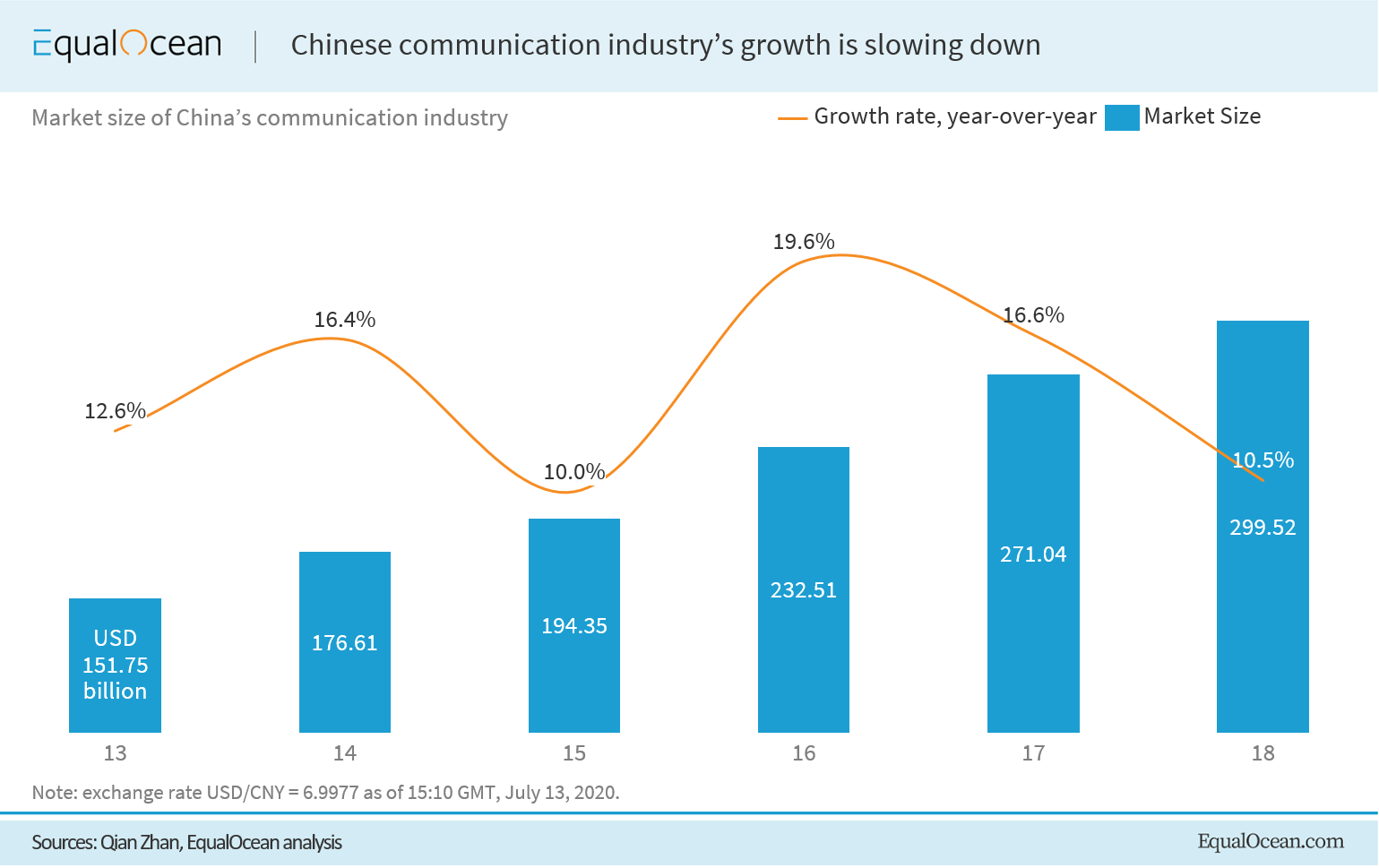 According to data, the total size of China's media industry has continued to grow, and as of 2018, the full scope of China's media industry reached 2095.95 billion yuan. The growth rate has been declining since 2016. For the industry revenue sectors in 2018, mobile content and value-added services reached CNY 66.74 billion, taking the first seat in the communication industry sector revenues. The following areas are Internet advertisements and games.

This industry has conceived firms that are changing our way of acquiring information. These listed firms establish their advantage to take a seat in the market.

Tencent and its Music Business – giants in China’s Internet era

As one of the three Chinese ‘BAT’ firms, its market cap has reached USD 685 billion. Tencent (0700: HKG) is creating its business empire based on social networking. Its most successful social tool,  WeChat’s Daily Active Users (DAU), has reached 1.17 billion in the first quarter of 2020. ‘ Adding my Wechat’ has been a buzzword among users. Later on, this giant expanded its business into mobile payment, games, music and others.

For mobile payment, it has obtained almost 40% of the total mobile payment market, competing with Alibaba’s AliPay, which captured 55% of the total. For mobile games, Tencent took nearly half of the overall market share in 2019 in the China market. The second is NetEase, with almost 15% of market occupation.

Tencent not only competes with NetEase in the game area but also in the music industry. The market cap of Tencent Music (TME: NYSE) is USD 28 billion. Tencent Music's market share is over 70% of the China's music market, but NetEase Music got USD 700 million investment from Alibaba last September. While copyright is a money-burning game and NetEase Music infamous for its excellent community, the battle between these top two Chinese music platforms is worth paying attention to.

Before Tencent launched its milestone game ‘Honor of Kings’  in 2015, NetEase (NTES: NASDAQ) was the most significant voice in the game area. Established in 1997, NetEase was famous for its game business, and it's also regarded as a cross-border player. Its activity extends into education, e-commerce, music and even raise pigs.

NetEase’s nowadays business has many overlaps with Tencent, and the latter overtook it on a bend, especially in the game sector. NetEase’s hot game product is much less than this Internet giant; even one or two has the potential, business operation problems and game bugs made users have negative impressions.

As a result, its market cap is USD 60 billion, just nearly twice of Tencent Music. NetEase’s situation is not favorable, the remaining time is not much.

Just like other internet firms, East Money (300059: SHE) used traffic to monetize. Initially a stock community, East Money started to collect finance licenses, including funds, securities, insurances, futures and others. The securities business has occupied over 60% of total revenues. Although Internet giant Alibaba has expanded its financial services, its activity is limited to funds and insurance.

East Money is undoubtedly the first choice of Chinese retail investors. Since retail investors’ percentage is high during the past years and has lasted until today, it’s undoubtable that East Money’s traffic is huge. By the end of 2019, china’s A-Share retail investors were (in Chinese) at 160 million, becoming the major players in the  market.

In pace with the way China’s stock market is developing, East Money has great potential to be a winner in this history wave.

Initially a game firm, Bilibili (BLBL: NASDAQ), also called B station, is now driven by games and video sharing. It owns the highest user stickiness and retention rate among all the video platforms. These users are China's upcoming young generation; the average user age is 21. Every Day, at least 38 million young people open B station and spend an average of 77 minutes on it. After 12 months, 80% of them will stay on this platform, and this is the only platform that needs users to pass exams to register.

Bilibili’s community and ecosystem represent the taste of China’s young people. Users have the freedom to express ideas without losing the bottom line. Besides, the culture ‘barrage’ naturally accumulates interests and communication between users. So the data of paid users doubled, hitting 8.8 million.

All these reasons explain why Alibaba and Tencent are actively investing in B station. Tencent became the largest institutional investor, and Sony invested USD 400 million into this young platform. Its market cap is 16.5 billion, and its stock price on July 12 had increased by nearly 155% compared to the start of 2020 .

As the only profitable extended video platform, Mango excellent media (referred to from now on to as Mango) is mainly supported by self-made content core competitiveness and provincial broadcast control platform licenses.  The market cap of Mango (300413: SHE) has surpassed IQIYI (IQ: NASDAQ), reaching USD 18.5 billion, while IQIYI was USD 16.5 billion on July 12.

More specifically speaking, for the same tv series, Mango’s purchasing price can be almost one-third of IQIYI’s and Mango’s paid users are only one-fifth of IQIYI’s. Because of the license, it can earn channel fees – the firm that owns the license is less than 12 national. So its business model is different from that of IQIYI. As for the latter, it mainly lay in content quality and paid users. It has kept losing for ten years, and its content cost was CNY 22.2 billion in 2019.

In 2019, IQIYI’s self-made content weighed over 65% among the total videos. Its competitors Tencent video and Youku did the same actions. Whether its story can continue will need more time to prove.

After Century game and Shengqu games joined Huatong, its value started to go up. Century game’s overseas business is looking pretty, and Shengqu continuously published hot games. Five of the hot games are issued by Tencent alone, with a cumulative traffic contribution of more than 14 billion. Also, Century Huatong stated that it would continue to invest in the cloud gaming and digital infrastructure industries in the future.

Sanqi has also bet on cloud gaming. Recently, it invested in a 5G cloud-gaming platform construction project. As a game R&D and operation vendor, Sanqi has a luxurious self-developed product line. Last year, Sanqi Interactive Entertainment's market share in the mobile game market increased from 6.48% in 2018 to 10.44% in 2019.

Focus Media (0020 is a life-circle media advertising company that mainly appears in buildings. Shopping malls, residential buildings and movies are all its fields.

The business has been good previously, while the advertising channels are changing. The Internet is becoming the primary way of delivering advertisements, and the mobile terminal attracts people’s eyes more often. On May 18, the Shenzhen Stock Exchange questioned its business condition, mainly targeted to net sales profit. Its profit decreased by about 70% compared to the previous year. This old media leader is facing real challenges.