The country’s most important narrative is happening at the intersection of the tech and financial markets. 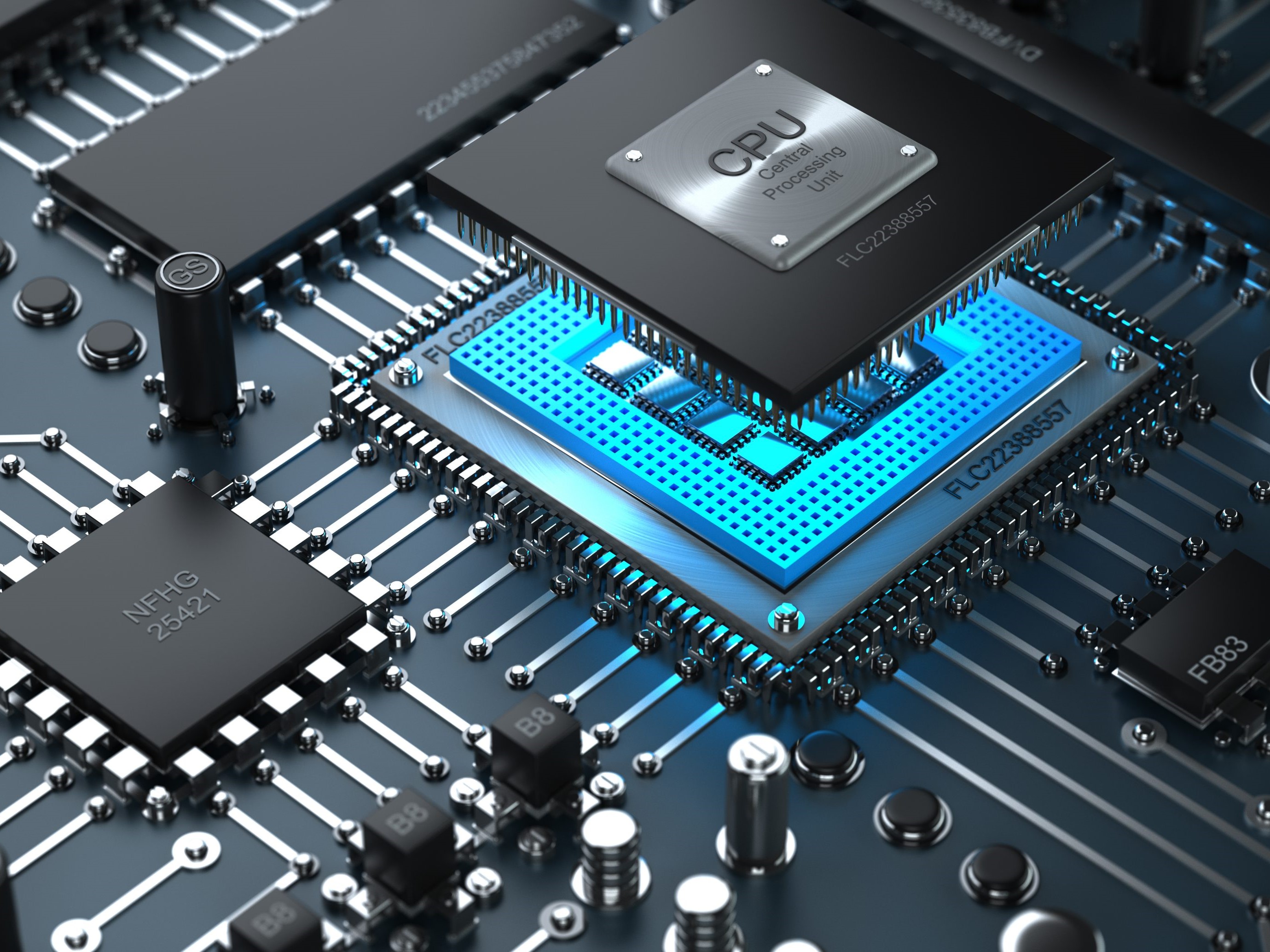 Looking back into the history of China’s A-share market, companies raising the largest amount of funds in their initial public offerings are those operating in the traditional industries like banking, coal mining or oil and gas. But the situation is poised to change after the country’s largest semiconductor foundry, SMIC (00981:HKEX, 688981:SH) goes public on the Star Market. According to its prospectus and a few pre-trading announcements, SMIC will raise at least CNY 46.30 billion, just a little lower than CNY 46.60 billion that the country’s major bank ICBC (601398:SH) obtained in its IPO in 2006. The foundry has become the first technology firm in the top 10 companies with the highest IPO funding in the history of China’s capital market.

Prior to SMIC, railway giant CRSC (03969:HKEX, 688009:SH) was the first company listed in Hong Kong and the Star Market at the same time and has the largest IPO size of CNY 10.53 billion among stocks listed on the Star Market. Meanwhile, Foxconn Industrial Internet (601138:SH) was the technology firm that raised the most money in a mainland IPO to date.

Why is SMIC back to the A-share market at this stage? Why has it chosen the Star Market?

Trade disputes between China and the United States originally started in March 2018, with the main raising tariffs involving seafood, agricultural products, fruits and daily necessities. Worse than that, the US is now trying to restrict China’s development in technology. For instance, since 2019, the US has put Huawei and its subsidiaries on the ‘entity list’ of export control.

As one significant supplier of Huawei, TSMC is undoubtedly significant in the standoff between the US and China. Owing to the most advanced 7nm processing techniques, TSMC possesses the initiative. Just as it said that other customers are ready to step in and fill the gap if the US sanctions force the chipmaker to cut ties with Huawei.

Under these circumstances, it is urgent for Huawei to find a foundry to substitute TSMC. At the end of 2019, SMIC announced (in Chinese) that it had realized the volume production of 14nm and has won orders from Huawei to be equipped in Kirin 710A.

SMIC is the best choice for Huawei around the country, but it lags behind TSMC at about two generations of process nodes. While TSMC’s 7nm node techniques are commonly used in chips and 5nm will be mass-produced this year, SMIC just realized 14nm processing and its microdevice-level performance cannot be as good as TSMC’s. 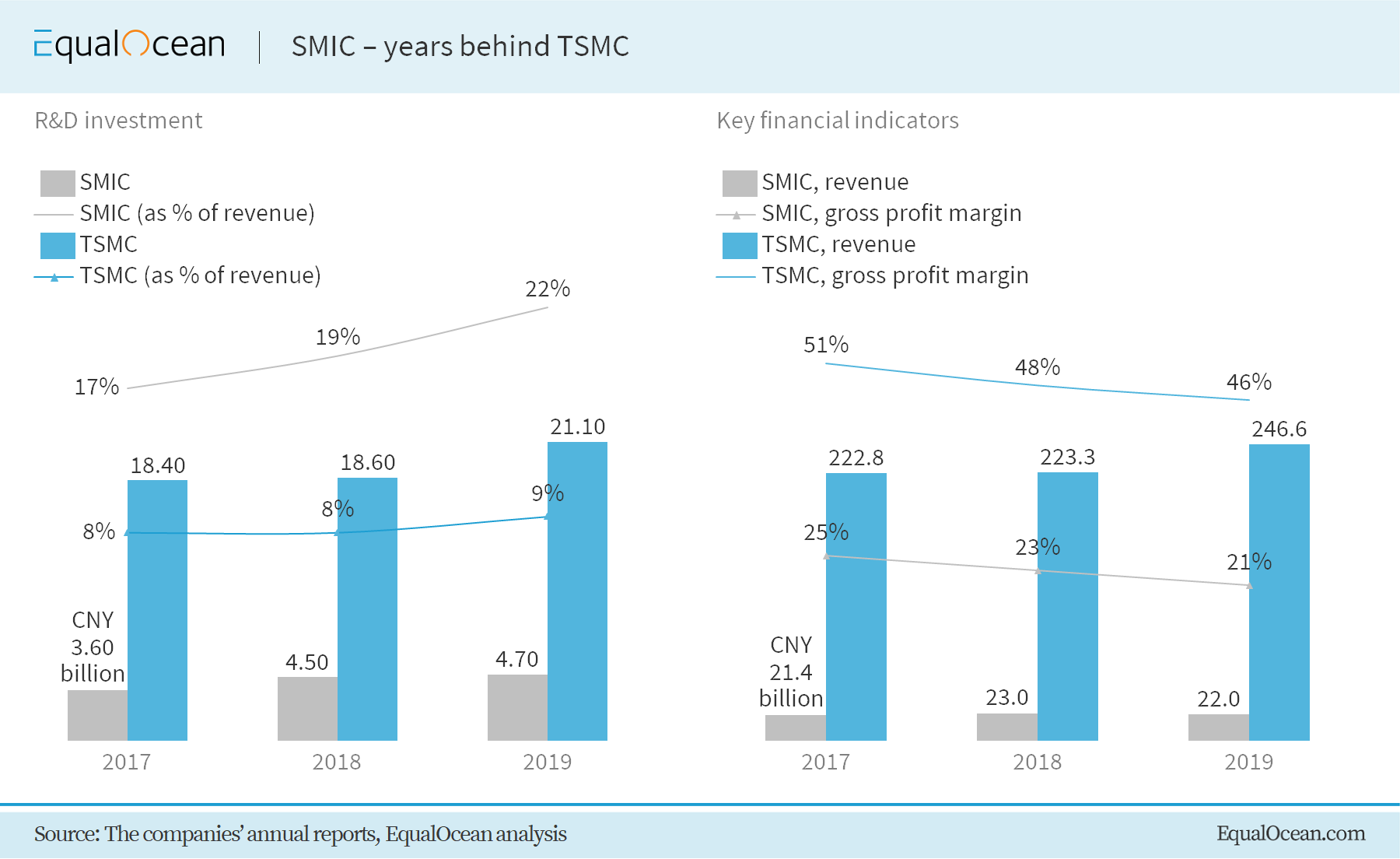 Considering it is hard for domestic technology companies like SMIC to achieve a more competitive position in the world, the government created Star Market, where the first batch of stocks kicked off trading since July 22, 2019.

Within one year after establishment, the Star Market became an important place for high tech firms to go public. In addition, considering the strict ban released in May and how much attention has been paid to SMIC since its realization of 14nm last year, it is a good time to go back to A-shares through the Star Market.

Affected by the news that SMIC will go public in the Star Market, its Hong Kong stock price has increased a lot. Since June 1, when SMIC submitted its prospectus to the Shanghai Stock Exchange, the stock price of SMIC in HKEX has increased 148.22% by the end of July 14, 2020, and it has gone up by 250.08% this year.

Comparing SMIC’s P/E ratio and market share with UMC and TSMC, we can find that the valuation of SMIC is higher. P/E ratio for SMIC is four times that of TSMC while its market is less than 1/10 of TSMC. Besides, for the same company, the price of A-shares is higher than that of shares in the Hong Kong market, and the valuation in the Star Market tends to be higher than other boards in A-shares, like the mainboard, which means that after SMIC going public in the Star Market, its share price and P/E is likely to be even higher.
Apart from that, SMIC’s chance to be listed in the Star Market has attracted private investors’ attention. Most of them hold positive views on its future development. In the short term, its stock price will increase, but in the long term, the market will become rational and the price will stabilize at some stage.

With investment from the China National Integrated Circuit Industry Investment Fund (CICIIF or 'Big Fund') and other supportive policies, SMIC has accumulated large amounts of funds for R&D. However, to fully realize business sustainability, there is a long way to go.

Last but not least, as the youngest market of Chinese A-share, the Star Market will launch the ‘STAR 50’ index starting from July 22, 2020. It is probable that SMIC will be added into that portfolio when it meets the requirements of the time length of having been listed in the Star Market.