As the first EV maker from China to get listed in the US back in 2018, NIO's strong sales results in 2020 have re-ignited its stock, leading to a surge of more than 200%. 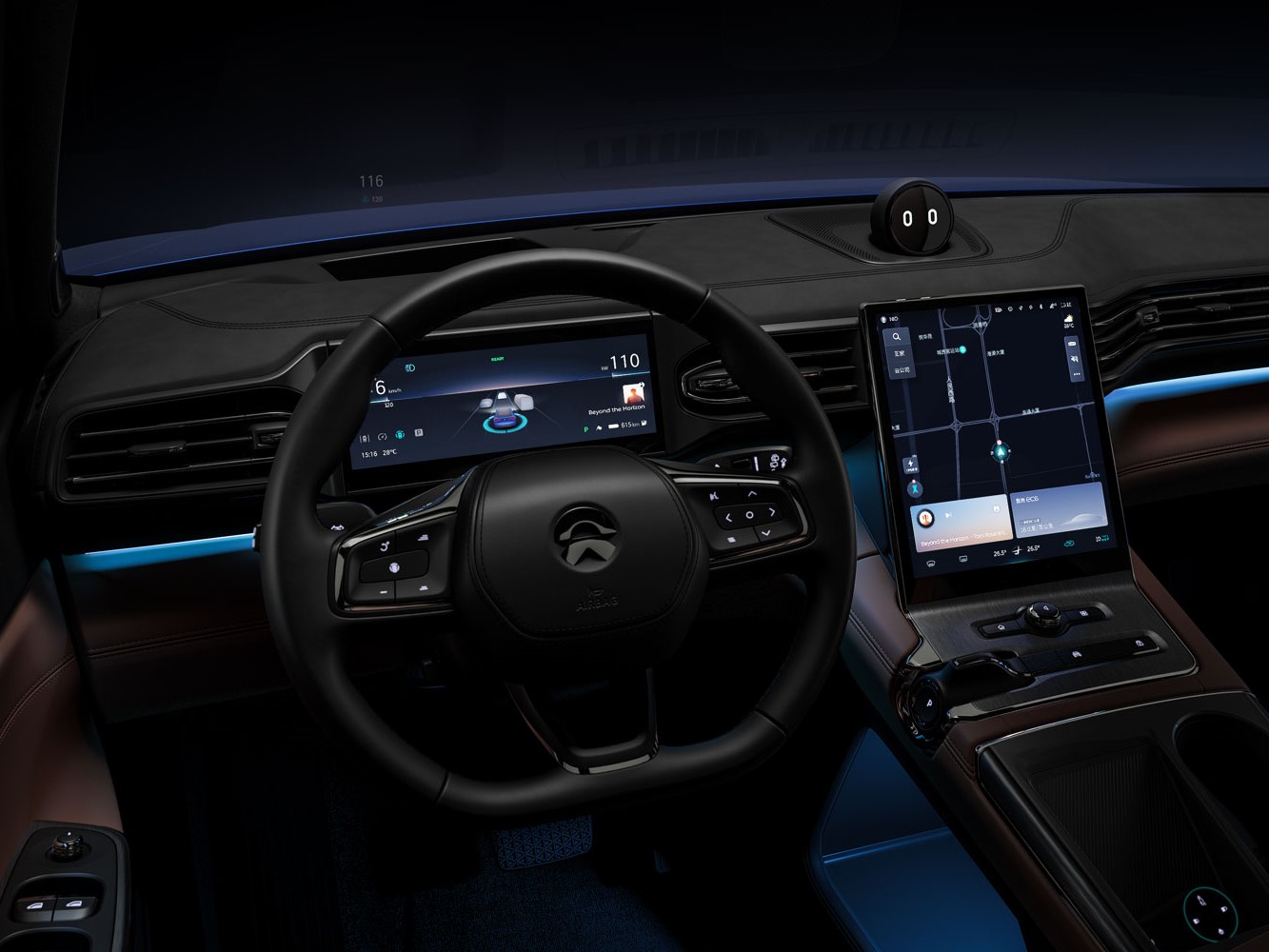 NIO (NIO:NYSE) was founded only six years ago and is a very young runner in the race, compared to market leader Tesla (TSLA:NASDAQ) for instance. For EV startups one of the biggest challenges is to expand production scale and assembly lines. Two years ago, Tesla encountered the very same obstacle in mass production. Fortunately for NIO, it adopted a different approach. In April 2016, NIO and Chinese state-owned automobile manufacturer JAC Motors signed an agreement to build a new manufacturing plant. Its construction began just seven months later in October 2016. Fast forward two years and in May 2018 the first model from NIO, the ES8, rolled off the assembly line. As of today, 26 months later, the very same factory has produced more than 50,000 NIO cars.

It took NIO two years to achieve the milestone of producing 50,000 cars, which is almost the same time that Tesla took to produce 50,000 Model S units.

Having your own factory helps produce cars cheaper – but at the same time, it takes several years and a lot of capital to build it. These are the two things NIO has been struggling with. The joint venture with JAC Motors is more like outsourcing.

In the second quarter of 2020, Tesla delivered 30,000 vehicles in China, equivalent to about one-third of the company's total deliveries. Although Tesla has performed well in China, in the future, local consumers will likely favor local brands. We can see that from the development history of smartphones. Apple led the trend with the iPhone, but several local brands such as Huawei, Vivo, Oppo and Xiaomi currently occupy most of the Chinese market. New energy vehicles might well follow the same trend.

NIO’s share price is still in the rising range, benefiting from record sales from 2Q 2020. Another positive piece of news for NIO is that company's latest model, the EC6, is expected to be delivered in September, several months earlier than the expected delivery date of Tesla’s Model Y. 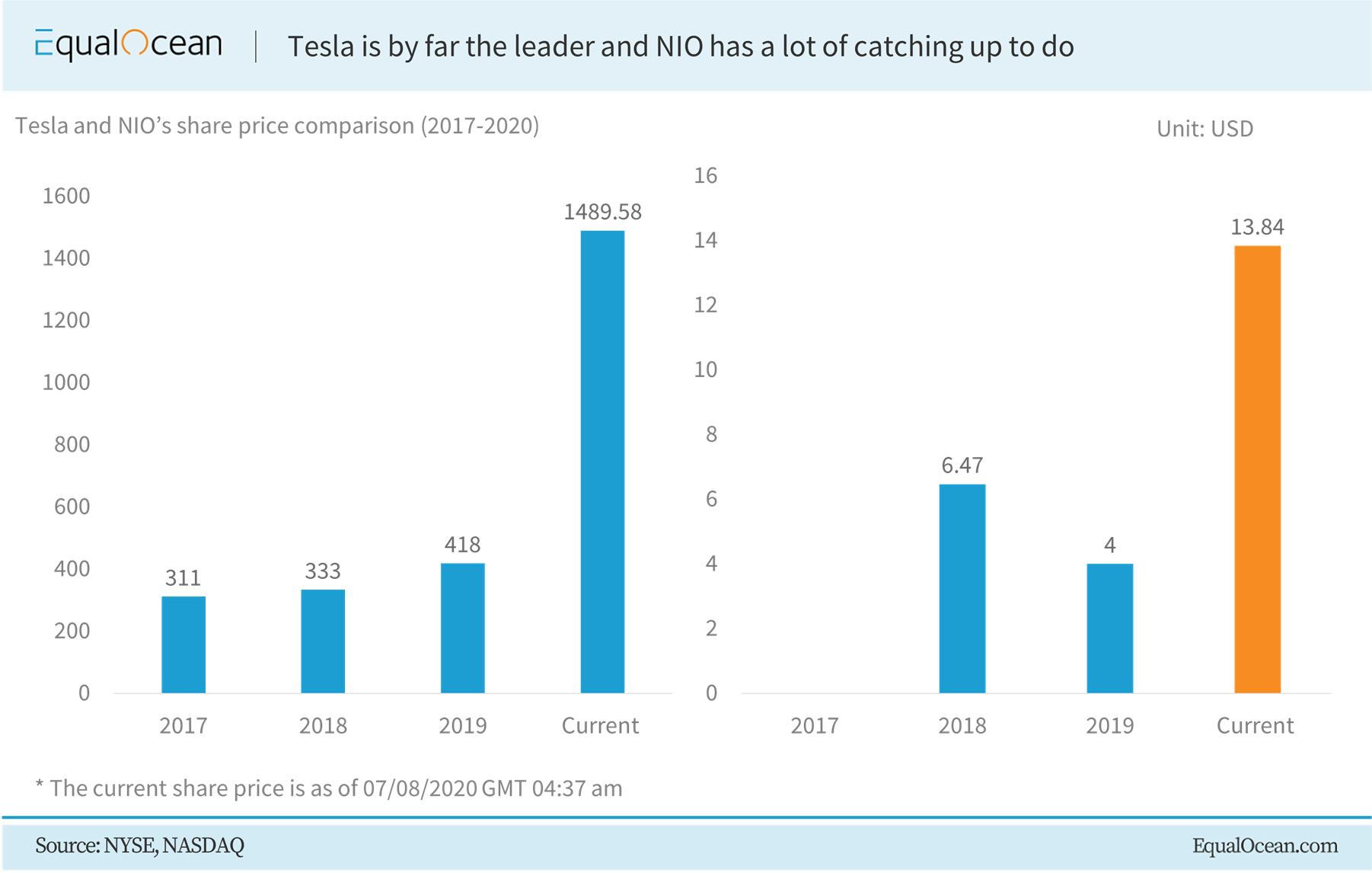 Other than that, the NIO battery swap is also an important part of the company's business. Tesla once promised battery swaps for its EVs to solve time and charging issues, before abandoning the idea. NIO on the other hand has succeeded where Tesla could not, completing 500,000 battery swaps in China as of May 26, 2020, just over two years after the first battery-swap station opened.

In addition, NIO is also setting up a battery asset management company to sell or lease batteries separately. CATL is reported to be a potential investor, among others.

Industry analysts are also speculating that NIO's battery services will be available to other EV brands. Since the Chinese government has released a series of favorable policies encouraging the construction of battery swapping stations, automakers as Geely and SAIC are all planning to launch swap-friendly battery models soon.

If we come to think of it, with all the positives, NIO at the moment is facing some huge challenges. It will take time and a lot of capital to form an independent brand name like Tesla. NIO is still plagued by continuous losses. For now, each time NIO produces a car, it loses money.

NIO CEO and founder William Li – known locally as Li Bin (李斌) – has claimed that the company might turn a gross profit in 2Q of the year, and will keep ramping up the number gradually. Tesla only became profitable after selling more than 100,000 cars, but NIO has sold no more than half of that number till now.

Cash flow issues remain the most critical mission of new car startups like NIO; why NIO chose the Hefei government is partly due to the government's fast decision-making speed, no requirement on factories in the short term, and its location next to Shanghai. Moreover, as of now, NIO is still far from making any profit. The question is how long will it take the firm to become profitable.

CONTACT US
Scan QR code to contact us for professional consulting services
Next article
Chinese Fintech OneConnect: the Stock You Can Trust?