Too Big to Fail 3.0: How Alibaba’s Ant Group Goes Beyond Fintech

...dealing with technology, the competition and the government. 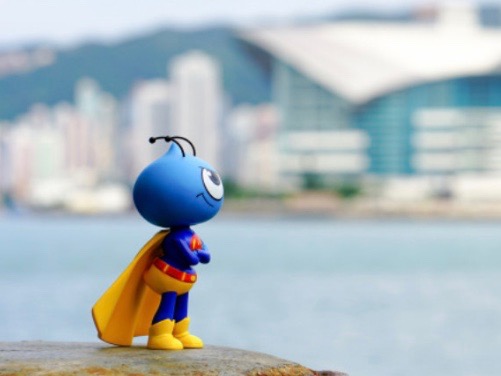 This article is a part of EqualOcean's 'Too Big to Fail 3.0' series. Here, we discuss the challenges facing Ant Group and the strategies it has tailored to overcome them.

► Ant Group has grown into a mighty monster with deep tentacles reaching into a plethora of business domains.
► Its willingness to seek a domestic IPO has triggered regulatory scrutiny.

On July 20, Ant Group announced the long-awaited 'A+H' dual listing plan, which means it will launch IPOs on both the Star Market in Shanghai and Hong Kong. With the projected valuation of over USD 200 billion, the global superunicorn is expecting to issue 15% of the shares with 10% on Star Market and 5% in Hong Kong, which represents a USD 30 billion offering in total.

What is more, Alibaba raised USD 25 billion through its IPO in 2014. becoming the historical largest – this status was taken over by Saudi Aramco's USD 25.6 billion in December 2019 though. As the most important member of Alibaba’s (BABA:NYSE) business ecosystem, Ant is widely expected to surpass Saudi Aramco and take the title back to China again.

According to the financial reports of Alibaba, in the first half of the financial year of 2020 (from April 2019 to the end of September 2019), Ant Group is estimated to achieve a pre-tax income of CNY 102.27 billion (around USD 14.6 billion). After Alibaba stopped the profit-sharing right with the acquisition of 33% shares of Ant Group. It is fair to estimate that, for the entire financial year of 2020 that ended on March 31, Ant Group should have achieved a pre-tax profit of around CNY 20 (USD 2.9) billion. Based on the projection of Shenwan Hongyuan Securities, its pre-tax income of FY 2020 might reach CNY 28.15 billion.

Compared to the huge figures of Ant, Paypal, as its main competitor, only reported a net income of USD 1.28 billion during the same period (second and third quarter of 2019). 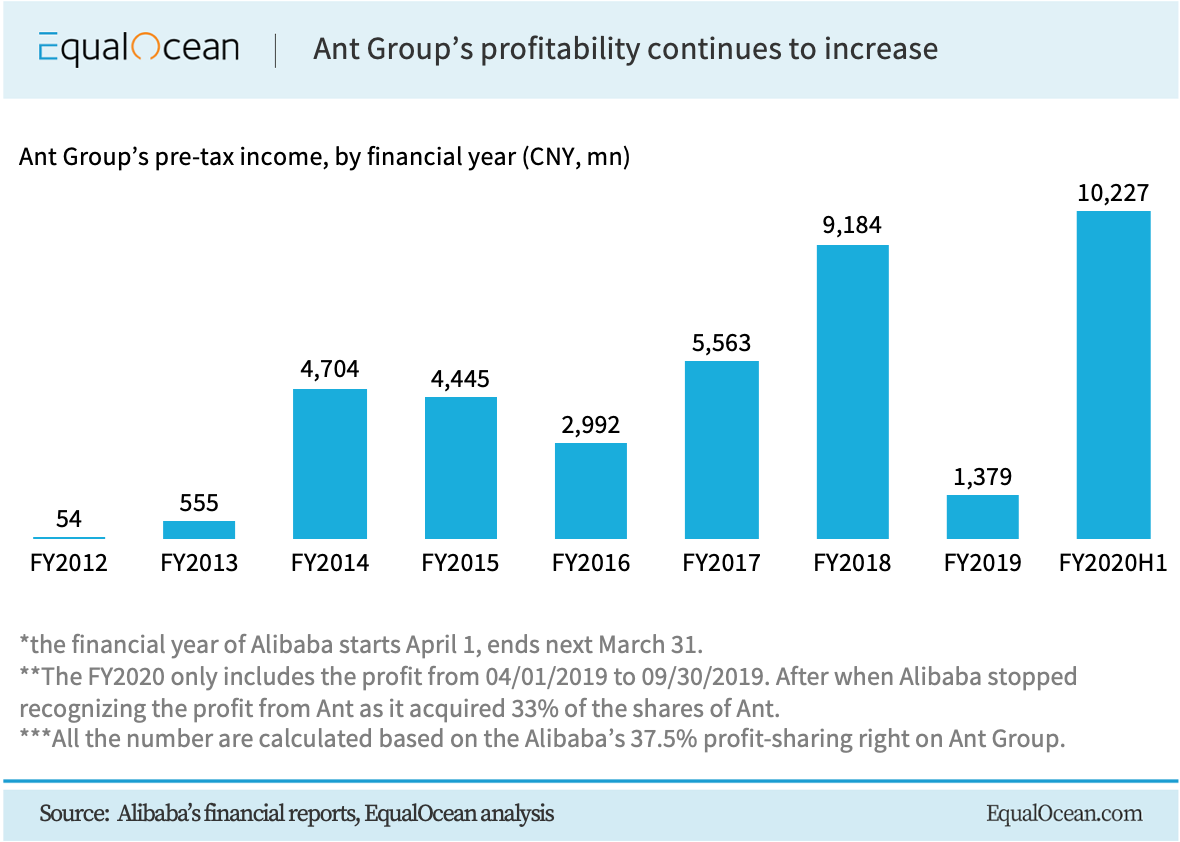 Up to now, Alipay, the main payment product of Ant Group, has served around 1.3 billion users worldwide, which means there would be one Alipay user in every six people globally.

The monthly active users (MAU) in May 2020 reached 804 million. According to the list released by App Annie, a global mobile data and analytics platform, Alipay ranked first in MAU among all the non-social-media Apps worldwide in 2019.

Ant Group also has an absolute advantage in market share in China's third-party payment market. Together with Tenpay (Tencent's WeChat Pay), it bit off 94.2% of the total market at the end of the first quarter of 2020. 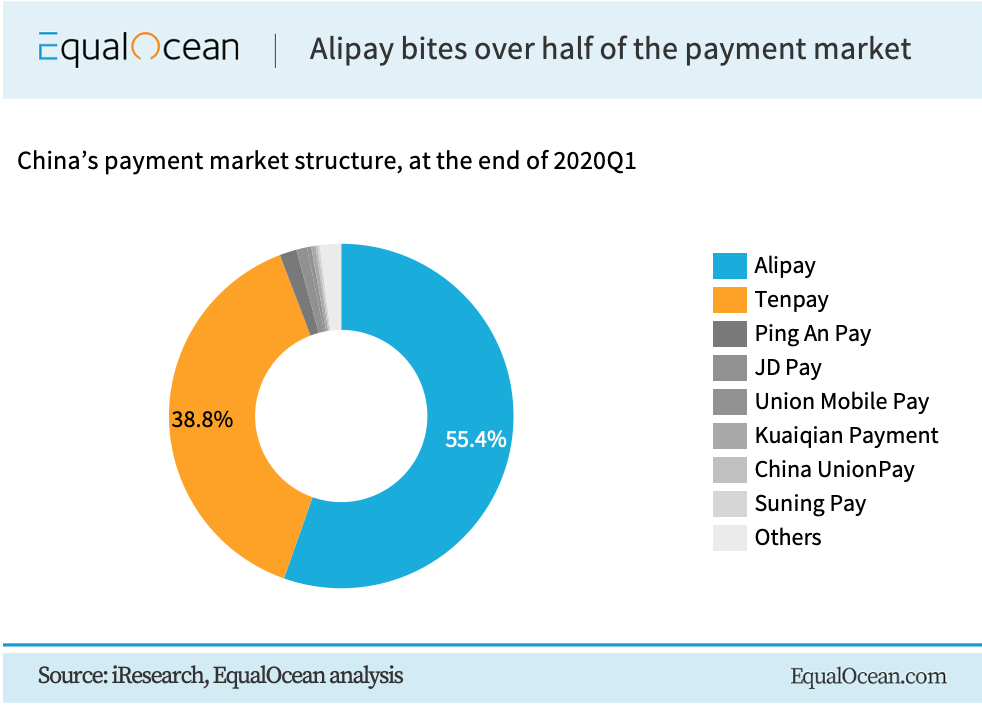 As a part of Alibaba’s e-commerce universe, Ant Group possesses a vast amount of data. At the end of 2018, Alipay first released its assets under management (AUM), which amounted to CNY 2.2 trillion (USD 345 billion) – two times larger than the entire AUM of the top 10 fund companies in China. In the over 90 billion Chinese users, 80% of them are using at least three products provided by Ant Group. The large financial value and personal information make it a powerful player in the to-C financial service market.

MYbank, established by Ant Group, mainly provides credit services to small to medium business (SMB) in China. As of the end of 2019, it has served over 20.9 million SMBs, which accounts for around one-fourth of the total SMB's amount.

At present, Ant Group has cooperated with over 100 banks in credit lending, 120 asset management companies in the wealth management business, and over 100 insurance companies. The company has connected the entire financial service industry.

Furthermore, since the name changed from Ant Financial to Ant Group, it is going to provide services in more fields. After acquiring licenses in almost all financial service fields, the company expanded its business scope to a wider realm, providing technology-based solutions to businesses. It is expecting to have 65% of its revenue to come from technology services.

Apparently, this omnipresent service combo covering all sectors with both money and data stored is getting increasing attention from the state.

Though Ant Group hasn't been included in the Systemically Important Financial Institution (SIFI) that would naturally pose a serious risk to the economy if it collapses. The IPO put Ant Group into the cutting edge category again. The immense valuation made it a 'too big to fail' company. On August 7, the central bank published new regulation targets on non-banking payment institutions that require them to report on certain business activities timely.

With unbounded ambition, Ant Group is expected to turn Alipay from a tool to an infrastructure that penetrates into almost every corner of people's lives. The renaming didn’t change the essential fact that Ant Group is still doing financial services business. In 2019, the new regulations released by the central bank required that certain businesses with control over two financial institutions should be restructured into a holding company. Ant Group, apparently, has been included in the target supervision list as it is operating in almost all financial services domains, generally including banking, asset management, insurance, and securities.

The record-high IPO offering pushed the company to an even more serious position: the giant is a financial services provider, which is always the most sensitive field.

We don’t know if the company will be demanded a breakup. What we know is that Ant has grown so big that the state has to pay attention to its risk management to make sure it will never trigger a financial crisis.

Interestingly, the third wave of China’s ‘too-big-to-fail’ entities happened to be mainly born private, while most representatives of the previous two were normally state-controlled.  Ant Group, however, is not a pure technology enterprise – it has a lot to do with the financial field, which makes the company unique.