Can Pinduoduo become a combination of Costco and Disney? 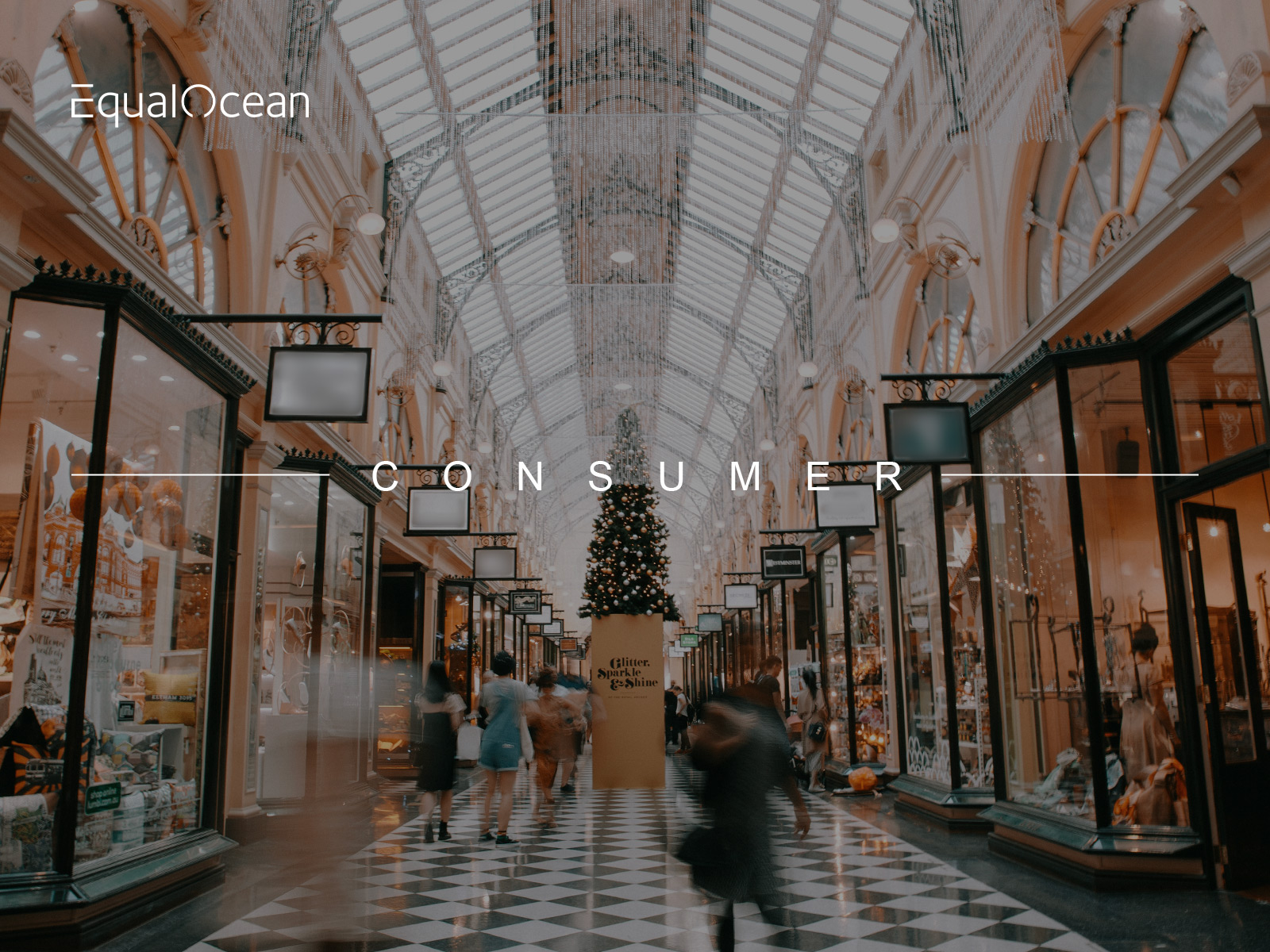 ► The vigorous development of China's e-commerce industry contributed to the rise of Pinduoduo.
► The penetration rate may be much higher in lower-tier cities in the future, revealing a substantial potential market as Pinduoduo has been targeting at tier-3 and tier-4 cities.

In recent years, with the vigorous development of China's e-commerce industry, the scale of e-commerce transactions has continued to expand, and people's consumption patterns have also undergone specific changes.

The rise of e-commerce represented by Taobao has mainly gone through three stages. From 2003 to 2008, price became the most prominent driving force for the development of the industry; from 2008 to 2015, with the launch of Tmall, more and more brand owners began to expand e-commerce channels. After 2015, e-commerce companies began to focus on quality, user experience and the development of new technologies, gradually shifting from a pure manpower and labor output model to a large-scale, talent- and technology-intensive model.

In recent years, China has issued several policies to encourage the development of e-commerce. The 'Thirteenth Five-Year Plan for E-commerce' proposes that, by the end of 2020, China's e-commerce transaction volume will exceed CNY 40 trillion and the total online retail sales will reach CNY 10 trillion.

China's e-commerce sector is one of the most mature yet innovative in the world. There is an endless list of companies that operate predominately online in a B2C format, yet there are a few actors that dominate China's market. Companies such as Taobao, JD.com, Meituan Dianping, Pinduoduo and Tmall usually operate through 'super apps' and have secured huge popularity over the past decade.

How well is Pinduoduo competing with the e-commerce giants?

Founded in 2015, Pinduoduo was among first China's e-commerce unicorns. Its valuation grew tenfold, reaching USD 15 billion in early 2017 in a flash after tech behemoth Tencent (00700:HK) poured over USD 200 million into the firm. The company raised another USD 1.4 billion in its Series D financing round and then made a successful exit, going public on Nasdaq in July 2018.

Pinduoduo has a unique business model. It had already managed to attract various investors when it went public. It started at USD 19/share and surged about 40% to USD 26.70 on the first trading day, raising a total of USD 1.60 billion.

One of the most significant driving forces of Pinduoduo's growth has been the fact that it can be used via WeChat, Tencent's flagship app, which has an MAU of over 1 billion. WeChat is an all-in-all app and a crucial part of day-to-day life in China. The app allows people to make payments within it. So, a user can access Pinduoduo swiftly, find a product and pay seamlessly, then return to chatting. 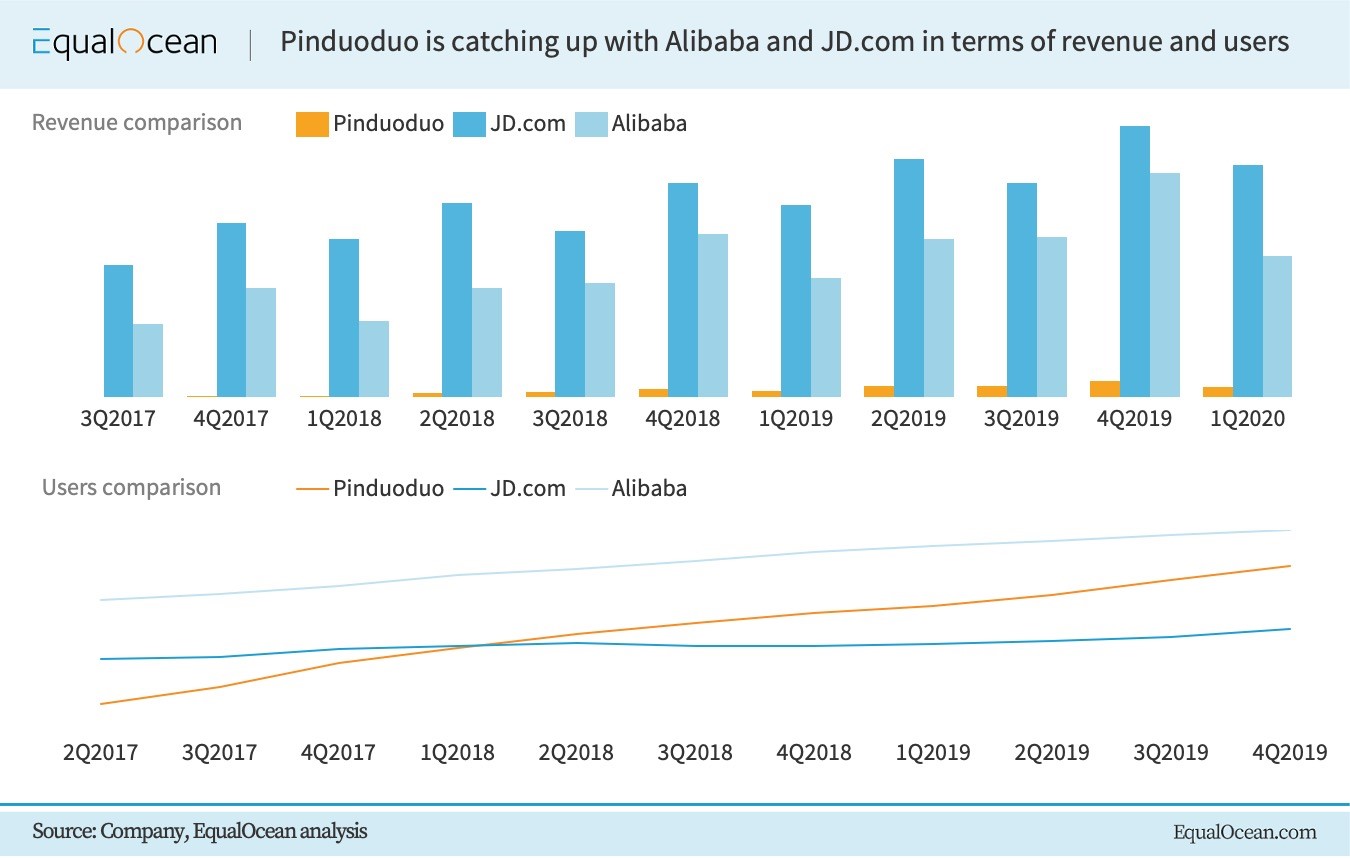 However, Pinduoduo saw a dazzling revenue growth rate at 2469% in the past two years, while JD.com and Alibaba only recorded 103% and 204%, respectively, partially due to sky rocking increased users, which already surpassed those of JD.com and chasing closely to Alibaba. The users' gap between Pinduoduo and Alibaba is also narrowing. In 4Q19, its number of users was 18% less than that of Alibaba, which was much smaller than that of 85% in 1Q17.

As of July 2020, Pinduoduo is China's fifth-largest Internet company by market cap behind Alibaba, Tencent, Meituan-Dianping and JD.com. 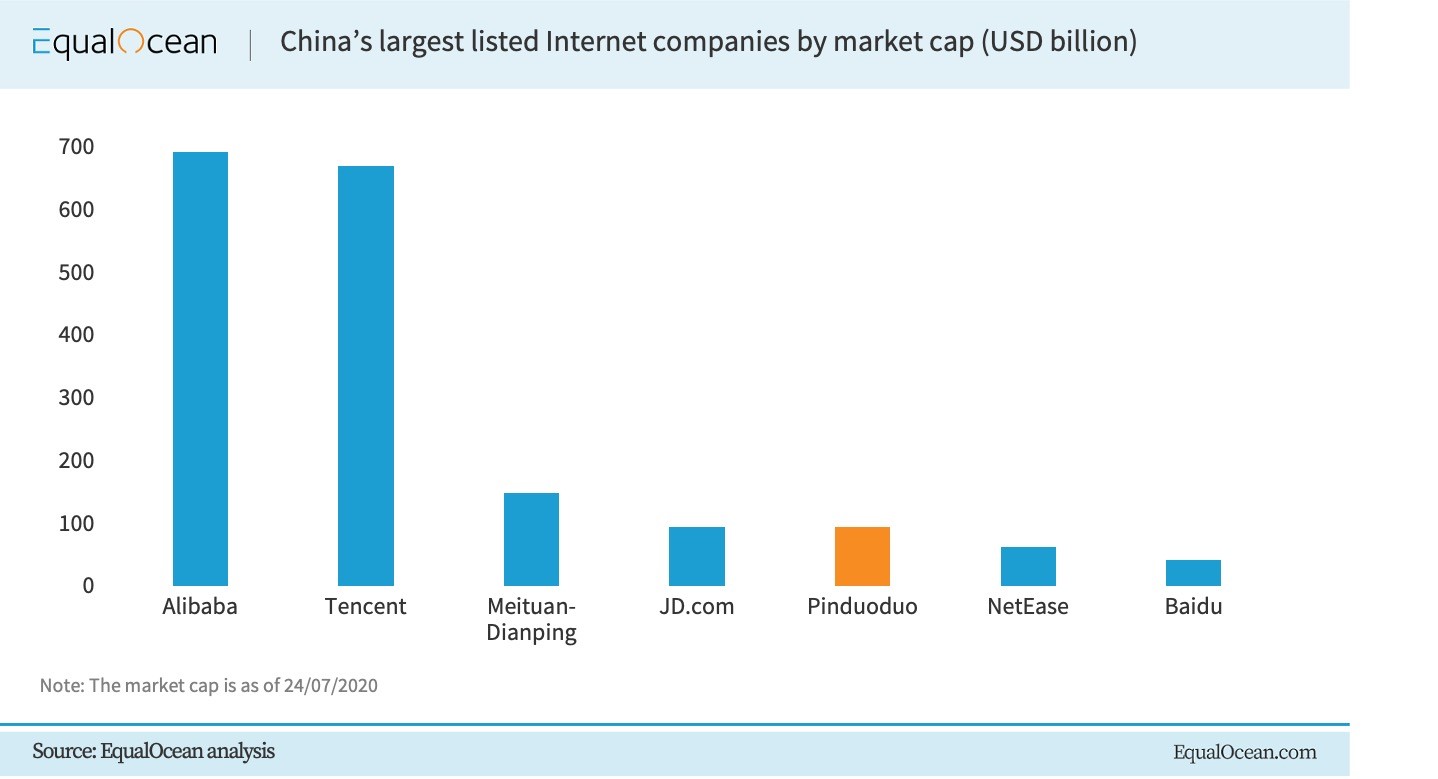 According to Pinduoduo, in 2019, it had 585.2 million active buyers, JD.com had 362 million in the same period and Alibaba had a staggering 711 million annual active consumers on its Chinese e-commerce marketplaces, according to its latest available figure.

Pinduoduo ranks third in China's e-commerce with 9% online retail market share, racing behind Alibaba and JD.com with 63% and 20%, respectively, according to a report released in July 2019 by eMarketer.

This article is part I of our analysis on Pinduoduo.