A variety of industries are upgrading to cater to new needs in BeiDou-3 era. 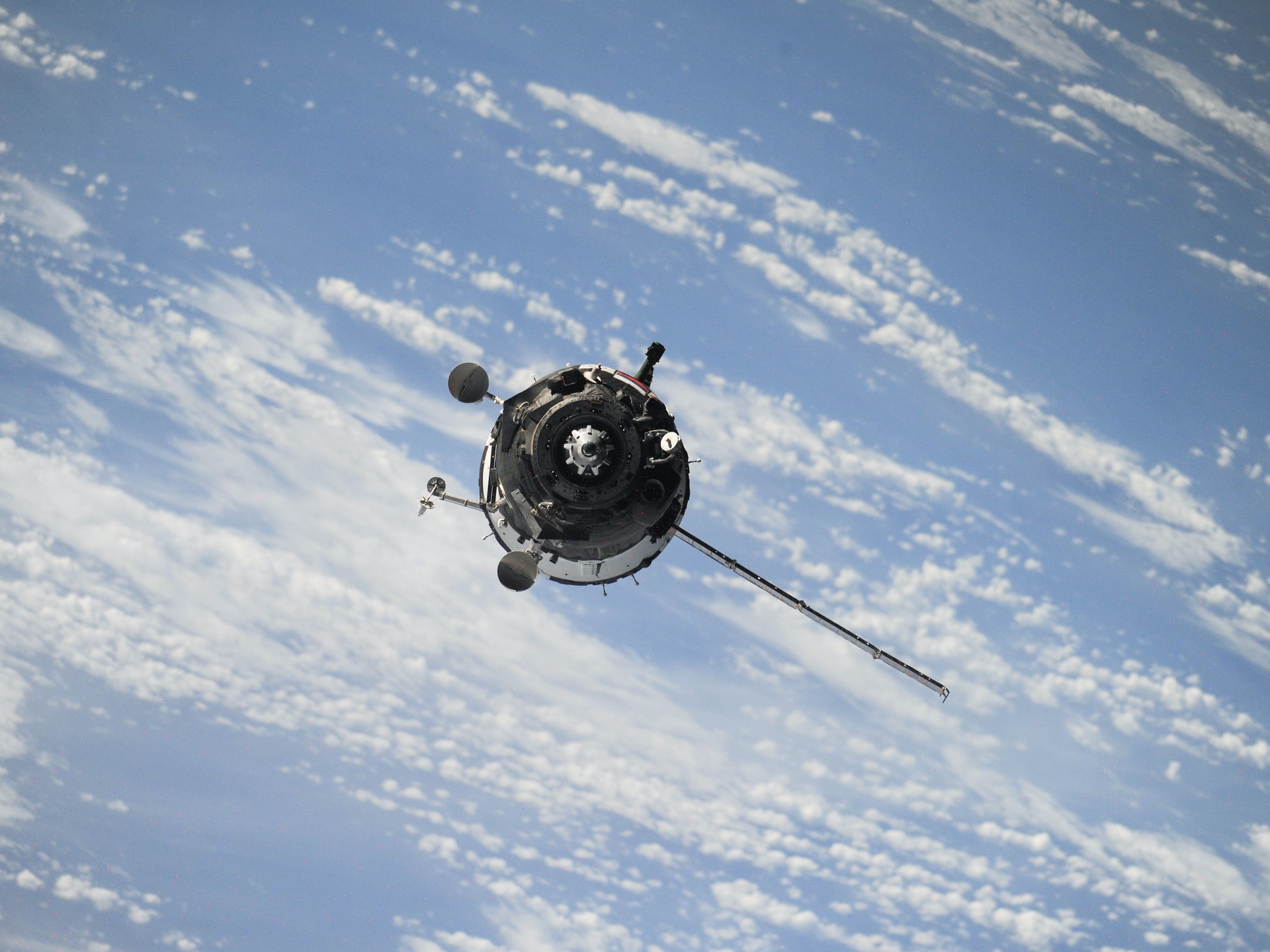 This is our third article on China's latest orbital technology endeavors. Earlier, we published 'BeiDou, China's Navigation Satellite System, Explained,' a dive into the essence of BeiDou and the approaching commercial opportunities; 'Is China's BeiDou a Better Version of GPS and GLONASS?' is a report based on a comparison between the Chinese system and the three existing global projects – the Unites States' GPS, the Russian Federation-operated GLONASS and the European Galileo. This time, we discuss how various technology-driven domains can benefit from the launch of BeiDou.

During the construction of BeiDou-3, the Chinese government published guidance and regulations on using BeiDou's navigation satellite system in various industries such as transportation, navigation and emergency rescue. In March 2020, the Chinese government defined the seven areas of the 'new infrastructure,' including satellite networks, as part of the national strategy in a detailed explanation announced (link in Chinese) in April. Actions show that the Chinese government attaches high importance to the construction and application of the BeiDou system. BeiDou's positioning, time measurement and navigation functions clearly have a wide scope of application and will enable changes in our lives in aspects we currently can't imagine.

Currently, BeiDou's system has already been used for tracking delivery, managing logistics and facilitating infrastructure construction. As 5G will gradually be popularized, blockchain, AI, cloud computing, big data and other technologies may combine with BeiDou to revolutionize businesses and eventually change human life. In the near future, BeiDou-related applications will cover transportation, education, healthcare and many other industries. News spokesman of BeiDou navigation system, Chengqi Ran, said on August 3 that China's satellite navigation sector may top CNY 400 billion (approximately USD 59 billion) in value this year. The high precision segment, which includes autonomous driving, smart cities, intelligent fire-fighting and intelligent agriculture that BeiDou involves, has increased significantly in the last ten years. The market size rose from CNY 3 billion in 2011 to CNY 14.5 billion in 2018 and is predicted to achieve CNY 21.5 billion in 2020.

Some industries are now adapting themselves to the higher quality navigation system. Also, BeiDou is stimulating the creation of new industries.

Microcomponents and semiconductors: Without chips that receive and process signals from BeiDou, the system itself cannot generate any value for end-users. Though Chinese chipmaking technologies rather lag behind those of some developed countries, significant progress has been made to satisfy climbing needs on smaller process nodes over the recent years. Now 28 nm SoC chips, which enable mobile devices to receive signals from BeiDou-3, are in mass production and those microdevices have been distributed widely in IoT and consumer electronics industries. Moreover, the newest 22 nm chips are qualified to be released to the market. The secretary-general of GNSS and LBS Association of China (GLAC) said (link in Chinese) that domestic chip manufacturers have made breakthroughs and the performance of their chips is comparable to foreign-made ones of the same kind. At the end of 2019, domestic BeiDou receiver chips and modules had accumulated sales volume of 100 million devices. Meanwhile, the number of smartphones equipped with the BeiDou navigation service had reached 460 million as of August 2020.

In June, the GNSS chip developer Allystar Technology (Shenzhen) Company won an award for the 'Top 5 China innovative IC designers.' The company created the world's first multi-band multi-system SoC chip (HD8040), which supports BDS-3. On August 28, a new generation BeiDou receiver chip by Beijing BDStar Navigation company (002151:SH) was displayed. The new 22 nm chip is four times smaller than the old generation in size and uses one-fifth of energy. BDStar is a high-precision chips provider, occupying more than half of the Chinese market.

How to realize function integration between BeiDou receiver chips, telecommunication chips and IoT chips is yet a problem to be solved and this may be crucial for the development of BeiDou applications in the future.

Military: BeiDou offers encrypted locating, time measurement and navigation exclusive for Chinese military use. After the completion of BeiDou-3, improved service quality requires suited end-user equipment. In 2019, China's expenditure on national defense was CNY 1.19 trillion, increased by 8% from the previous year. In the last ten years, equipment expenditure has become a larger and larger portion of total defense expenditure, reaching 41% in 2019. At the late stage of 13th Five-Year Plan, individual equipment is expected to experience a re-handling and a government document from 2019 says (link in Chinese) that individual equipment allocation rate should achieve 80% by 2020. Thus, we expect expenditure on BeiDou suited military equipment to rise in late 2020 and in 2021. Referring to expenses on GPS, which is 1.5% of the total national military expenditure, the BeiDou military market is estimated to exceed CNY 20 billion in China, 2023. Except for the domestic market, the Chinese government has consent to provide encrypted signals to Pakistan for military use according to recent news.

Haige Communications Group (002465:SH) is a national champion in BeiDou military area. Up to July 30, the company has revealed three military orders with a total amount of CNY 876 million.

Connected vehicles: Intelligent connected vehicle area is believed to be a crucial domain to receive support from BeiDou. It is expected that in 2020, the number of intelligent connected vehicle users will reach 4o million and that number may further go above 90 million in 2025. There are three parts of this nascent industry: telematics, autonomous cars and intelligent traffic system. People deem that, in the future, any object will be embedded with a chip so that accurate location information can be transmitted between objects in real-time. High accuracy locating, navigation and time services are all essential to achieve vehicle-to-everything (V2X), which contains vehicle-to-vehicle (V2V), vehicle-to-people (V2P), vehicle-to-network (V2N) and vehicle-to-infrastructure (V2I).

Telematics is now mature and has a high penetration rate. By the end of 2019, there were more than 6.5 million cars using BeiDou navigation.

The intelligent traffic system is a long-term target that can be realized after autonomous cars are widely used. The conception captures the world where the whole transportation system is highly efficient, buttressed by the omnipresent connectivity.

Public applications: BeiDou has already been used in mobile navigation, car-hailing service, shared bikes, express delivery and takeaway. People are predicting that, as the 'BeiDou+' model develops, along with technologies such as 5G, AI, edge computing and Cloud computing collaborates, BeiDou applications will further provide convenience to the public. For instance, Tome intelligent tour guide, by Chengdu Smart Guide Company (Chinese:智慧全域) is a system that provides guide explanations, intelligent guidance, scenic shopping and emergency rescue, based on BeiDou. Telemedicine, intelligent travel, intelligent tourism and personal emergency rescue are all realizable services in the near future.

Blockchain: BeiDou is able to ensure the authenticity of the blockchain record. Electronic data can easily be falsified especially before they are added as blocks. The chief strategy officer of Beijing VRV Software Corporation (300352:SH), Jianbin Hu is quoted as saying that the blockchain only records the time whenever new data is put into the chain – but the BeiDou system can record the accurate location of the server used to add new blocks. The authenticity of data is thereby proved by data in two dimensions. The blockchain machines equipped with BeiDou’s services are now being used in the finance, law, police security and spaceflight areas.

EqualOcean on Lufax: Full-Fledged Support from Ping An (6/8)