A historical snapshot of the country’s first non-state-owned bank. 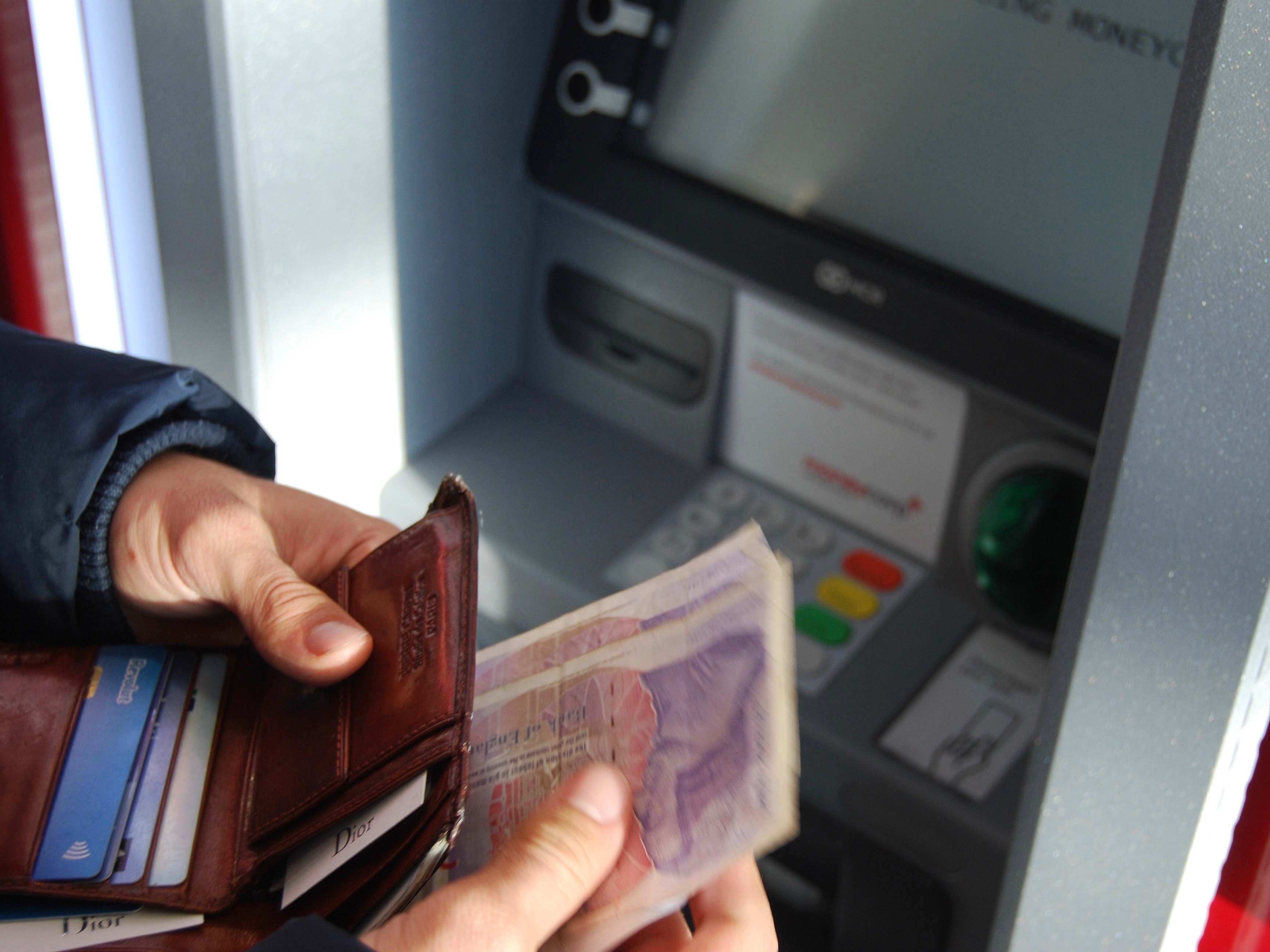 ►The company took decades to find its way in a setting of deep retail transformation.

►Three leaders in particular have helped to pave the company's remarkable path.

After keeping a low profile for a few months, banking shares on China’s mainland have finally started to warm up. China Merchants Bank (CMB, 600036:SH) closed at CNY 37.42 on September 1, marking the market capitalization of CNY 918.11 billion and maintaining its superiority over its close rival, the Bank of China (BOC, 601988:SH). A month ago, CMB’s market value surpassed that of BOC for the first time.

In the global market, CMB has built a relatively good reputation as well. The bank reached the Top 1,000 World Bank list, with CMB ranking 17th. This is the third time that the bank has made it into the top 20 globally.

China Merchants Bank was established in the 1980s as the first commercial bank to be entirely held by a business entity in China. Through decades of development, it has grown from a small bank with only 36 employees and CNY 100 million registered capital at the very beginning, to be the 'King of Retail.' Along the way, three heads of CMB led the company to its current commercial success.

In the 90s, CMB innovatively launched the 'one-pass' card, which meant the public could withdraw and deposit anywhere in the country – but other banks, mostly not connected to the Internet, were unable to provide such coverage. The card attracted a large number of individual customers, setting off its retail business on a path of growth.

2.0: A process of trial and exploration

In 1999, Ma Weihua took over responsibility as the second leader of CMB. The online banking business prospered right after as CMB became the first commercial bank in China with financial services provided online.

In 2004, Ma officially demanded the 'first transformation' – this involved vast expansion in retail business with an emphasis on service upgrades. At a time in which most banks were focusing on the profitable to-B side, CMB made a conscious decision to take on most of the retail business. From 2004 to 2008, the pre-tax income of CMB surged over 345%. 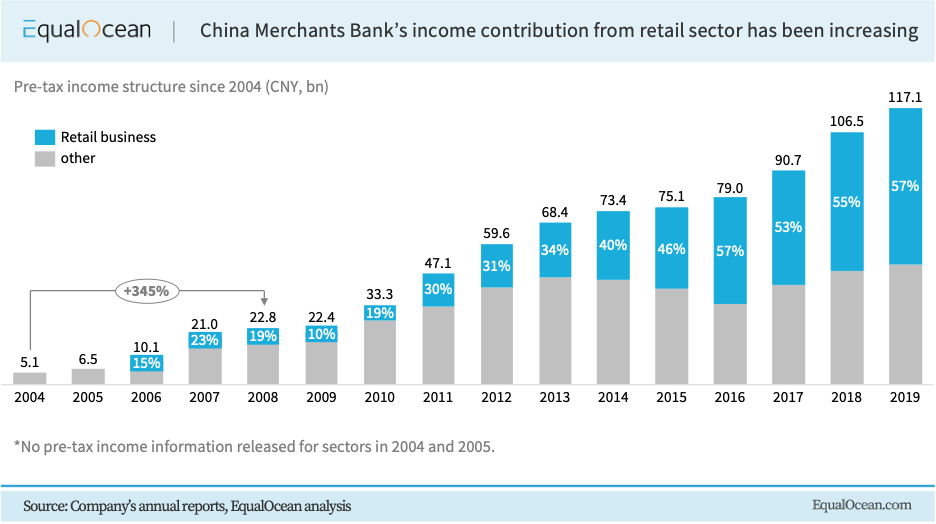 At the end of 2008, its retail sector accounted for near 20% of income. However, the momentum came to an abrupt stop, with net income dropping year-over-year by 13.48% in 2019, which was the first run-down in CMB’s history. This led to Ma's decision to take a 'second transformation.'

Ma proposed a three-year plan in 2010, which mainly focused on solving cost problems, including lowering the capital expenditure and financial expenses, increase the loan pricing power and the number of valued customers. At the same time, CMB would further increase the deployment in the retail business.

This time, CMB started to highlight its intermediary business, such as wealth management and private banking, to increase the cohesiveness of clients, which went well all the time. Asset under management (AUM) from 'Golden Sunflower' (Chinese: 金葵花) clients, which refers to clients with daily assets over CNY 50,000, achieved its highest year-over-year growth of 36.88% in 2015, and now accounts for 82% of the total AUM. The number of 'Golden Sunflower' clients ran up from 0.55 million in 2009 to 2.91 million at the end of June 2020.

The solid client base built at the time has been supporting CMB ever since. Even under the pandemic in the first half of 2020, the 'Golden Sunflower' clients increased by 10.21% in the six-month-period with AUM running up by 10.26%. 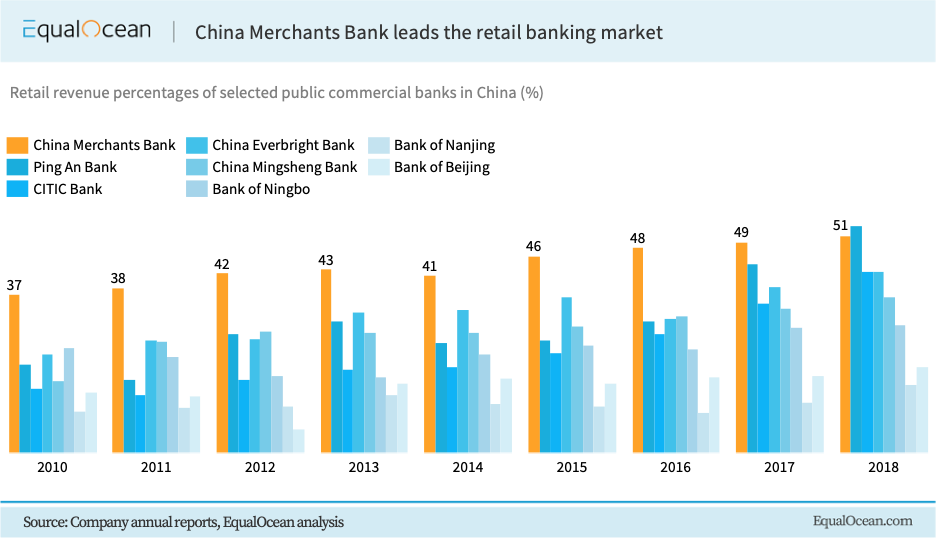 In 2013, Tian Huiyu became the new head of CMB, but the retail-pivot did not change. At the time, the banking sector started to become more sensitive to the macro-economy as the downturn showed its effects. Tian said the company needs to transfer into a light bank with less sensitivity to the economic cycle. The pursuit of the 'light bank' means CMB is looking for an operating model with the profit coming from fewer assets and capital, such as online retail services.

The resistance against a poorly performing, COVID-racked economy could be a good reflection of this. During the first half of 2020, CMB posted a 1.63% year-over-year decrease in net income, which is significantly better than the average drop level in the banking sector of nearly 10%, according to the data provided by China Banking Regulatory Commission.

The 'light' is also consistent with the trend of fintech development. In 2017, CMB officially defined itself as a 'fintech bank,' using technology to empower the retail business further. At the end of 2019, it had applied over 2260 innovative fintech projects with 957 of them having already launched commercialization.

The success in light retail-tailored strategy is reflected in CMB's high return on equity (ROE). Its ROE has consistently been in a high position among commercial banks and it has been leading the sector since 2016. 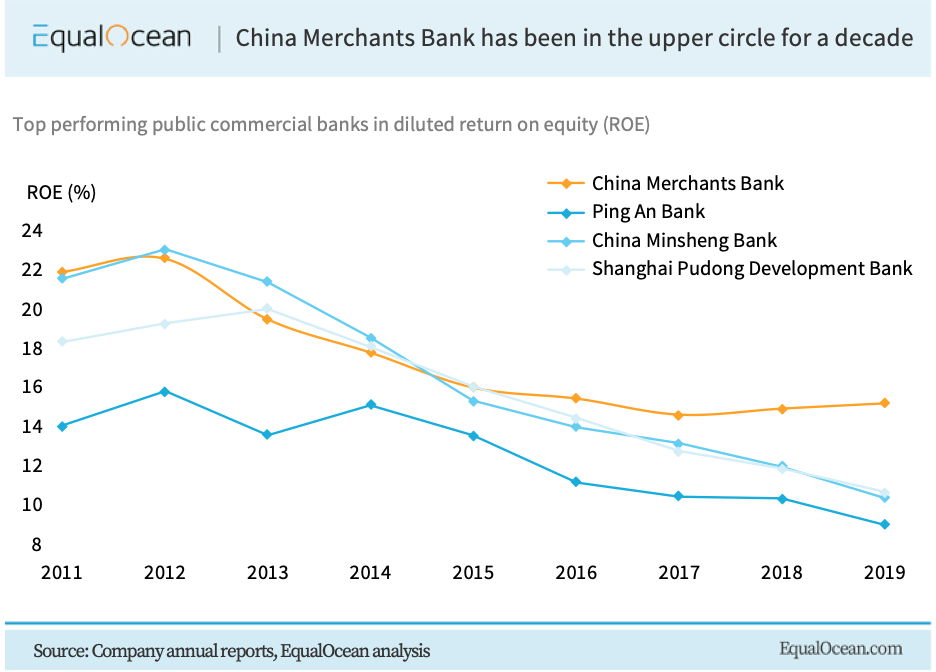 Ping An Bank (PAB), another retail giant in the commercial banking sector, has retail revenue of CNY 44.3 billion, which took up 55% of the total revenue in 1H 2020, even surpassing the China Merchants Bank figure of 53%. However, it was indeed easier for PAB to apply the retail transformation with the support of Ping An Group. For China Merchants Bank, it has made its way to a leading position entirely by itself. The revenue contributed by retail business recorded CNY 78.8 billion in 1H2020, leading the entire market. That’s why it is called 'King of Retail.'

The current president, Tian, expressed his opinions on China’s banking industry in an interview in June, stating that this is a perfect time for banks to reposition themselves, as the industry is experiencing large changes, such as the decrease in the interest rate market, the downturn in the economy and shocks from the Internet development. CMB has indeed taken an undisputed lead in industry transformation, in the process transforming itself into a noted banking brand both within China’s borders and beyond.