From SenseTime to AI's Future: Know-How and Digitalization

AI's growth, even the bubble, inversely advances the digitalization of the society. 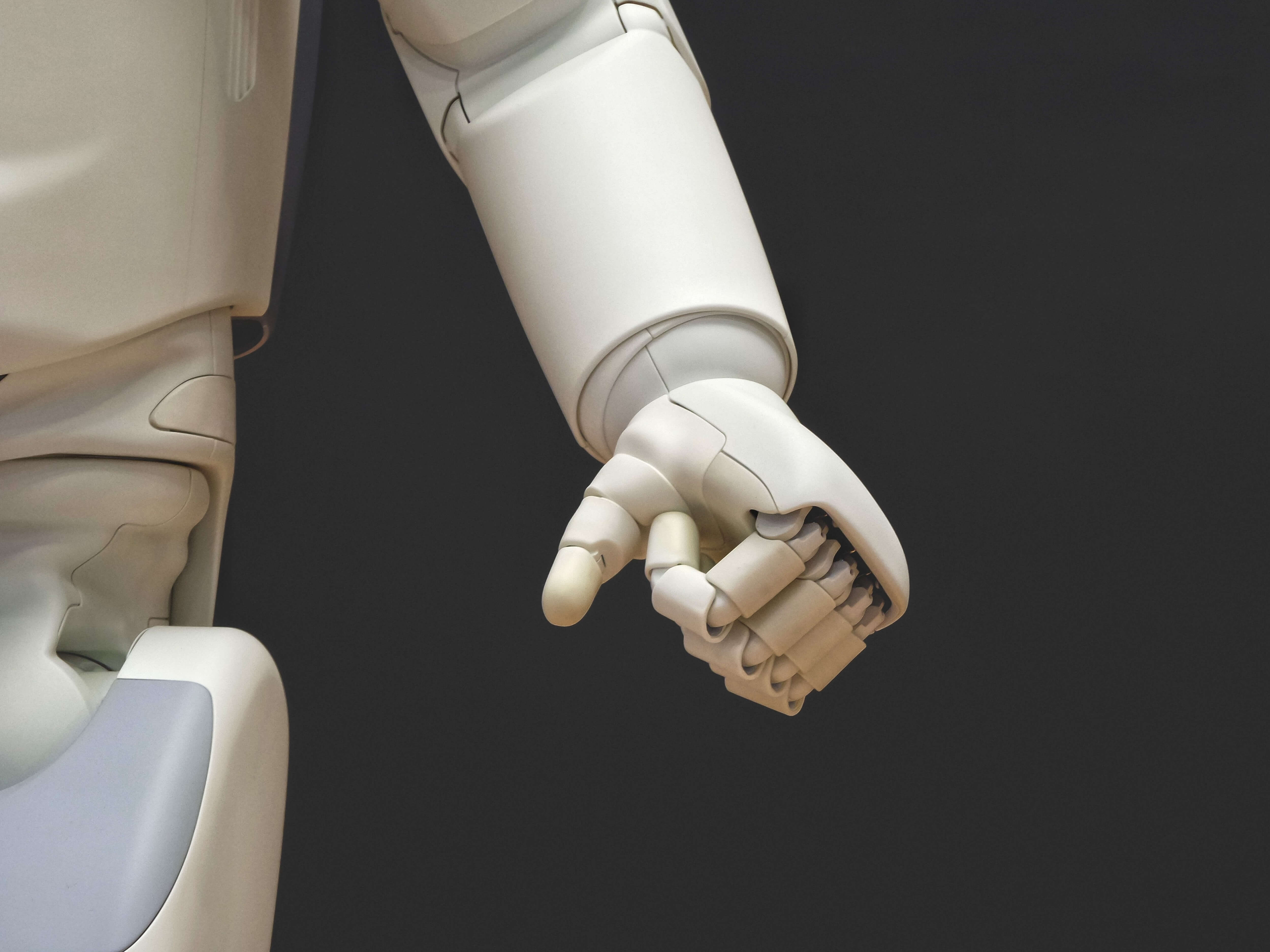 ►Even though the AI investment frenzy has vanished, the AI industry is at an early stage when it is yet to become a norm in general business practice.
►AI companies are motivated to push digitalization levels across industries for a synergy-based future.
►The databased AI industry stimulates data services development for better AI products.
►The AI technology company needs to focus on a vertical to build competitiveness and a solid foundation for future growth at the current stage.
►The most digitally-based industries have the best soil for AI companies to root in.

Rumor has it that the AI unicorn SenseTime has suspended its IPO plan and has turned to seek a new billion-level financing from the private market. After closing nine rounds of funding, the six-year-old SenseTime is under growing pressure.

SenseTime was founded in 2014 when AI was a hot area, not just in China but the world. During the same period, Yitu Technology, Megvii and CloudWalk were founded subsequently in China. These AI unicorns are head-to-head competitors as they all excel at computer vision (CV) and deep learning and are equipped with first-class AI scientists and engineers.

The AI investment heat reached a peak in 2018. SenseTime announced its USD 1 billion investment led by SoftBank at the end of that year. From 2012 to 2019, over CNY 362 billion (USD 52 billion) were injected to the new industry. Within a short period, AI companies’ valuations skyrocketed. The heat triggered some concern: was it worth the high valuations? 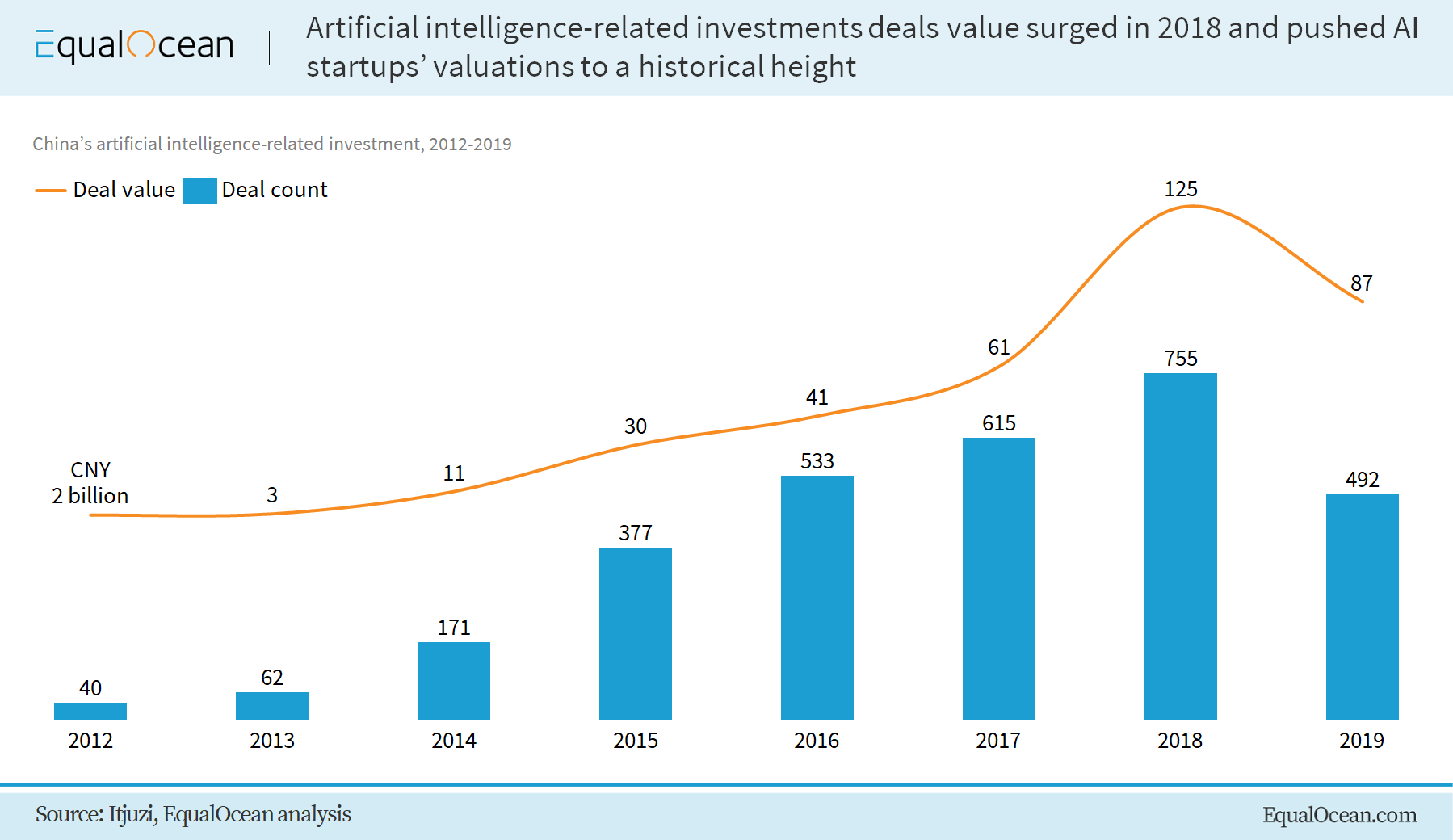 AI offers people an attractive sci-fi future, one which is hard to be measured by cash. Based on an imagined AI-enhanced future, investors bet on these AI startups, who might be the builders of a such future. However, the development of AI technology is longer than a typical private equity fund’s lifespan.

The business world is realistic and asks for real returns, and hence AI companies are being questioned for their profitability when investors think of future exits. The dilemma between technology development and investment returns is only a time issue: no one should expect a toddler – or teenager – to be a qualified work laborer. A decade is not enough for an industry to mature.

Beyond the bubble of high valuation, AI companies are making efforts to recognize its practical value and optimize efficiency of the society. Their continuous attempts to do so can guide them to discover more opportunities across industries and understand what changes they can inspire.

Competition is fierce, even for a new market

A unique AI algorithm is not a moat for any AI company, but how they understand the business is the key. Focusing on the development of SenseTime and its peers, AI companies have extended their reach to more verticals and expedited the digital transformation in multiple areas, from government side to the business end.

CV and the smartphone market it inspired are not enough to explain the high valuation of AI businesses. People expect the technology to upgrade and even re-shape industries including production factors, mode of production and production processes.

Scenario is the key, but space is limited

What SenseTime has been doing reflects the growth path of a typical universal/general AI solution company in China. From image recognition to smart city building, SenseTime is building its reputation in the field, providing a set of ‘smart security’ solutions. ‘Smart security’ in public security liberates police forces from surveillance workloads and improves detection rates.

In the public security part, Hikvision (002415:SZ) and Dahua (002236:SZ) are stakeholders in the market. They are surveillance solution providers for enterprises and governments. Hikvision has the largest global market share in terms of surveillance cameras and Dahua is second to it – Hikvision’s market share reached 37.94% and Dahua accounted for 17.02% in 2018. As ‘smart security’ integrates image recognition technology into security system, SenseTime and all pure AI solution providers are too ‘soft’ in the field – they need to apply their image recognition products and services into hardware to provide a comprehensive solution.

Hikvision and Dahua are in an advantageous position because of their tens of years of experience in the public security area, while AI newcomers attract more eyeballs than orders. Via a glance at Megvii’s IPO file, it is reasonable to infer that AI companies are sandwiched by hardware suppliers and solution buyers – who are likely to be the same party.

For instance, Hikvision can get a government ‘smart security’ order and it can outsource the AI tech part to AI companies, which makes it a client to AI firms. In the meantime, AI companies will purchase surveillance cameras for R&D purposes or to deliver their own ‘smart security’ solutions. Because the surveillance equipment market is considerably concentrated, AI companies do not have many alternatives – and hence the situation leads them to a position with limited bargain power in the market, which ends with a low profit margin. As reflected by Megvii’s financials, the gross margin of its AIoT business (related to ‘smart city’ and ‘smart security’ projects) is around 50%, lower than the average of 80% in the software industry.

Transcending ‘smart security,’ the ‘smart city’ is another playground for Chinese AI companies as well as other participants. ‘Smart city’ aims at a more digital and automated urban area management. Such a project should be able to integrate fragmented city functions into one system: utility management, traffic regulation, civil services entry, cross-department communication, and so on. To be a qualified ‘smart city’ builder, know-how is critical.

Who are the ‘smart city’ partners of city governments in China? All Chinese Internet and tech giants are in the field: Baidu, Alibaba, Tencent, Huawei, JD.com and so on. Compared to AI companies, these enterprises have been rooted in particular verticals for years and even decades and finally made profound impacts on the whole industry value chain.

Alibaba and JD.com’s know-how in e-commerce ecosystem has equipped them with deep understanding and insights on retailing, supply chain management and further to digital enterprise services; Tencent grew from instant messaging software to a consumer entertainment behemoth connecting nearly all Chinese Internet users – WeChat has around 1 billion users (including global users) while the country has 1.4 billion people. Information and communication technology companies are pioneers in 5G tech, which solidifies the foundation of their IoT development. 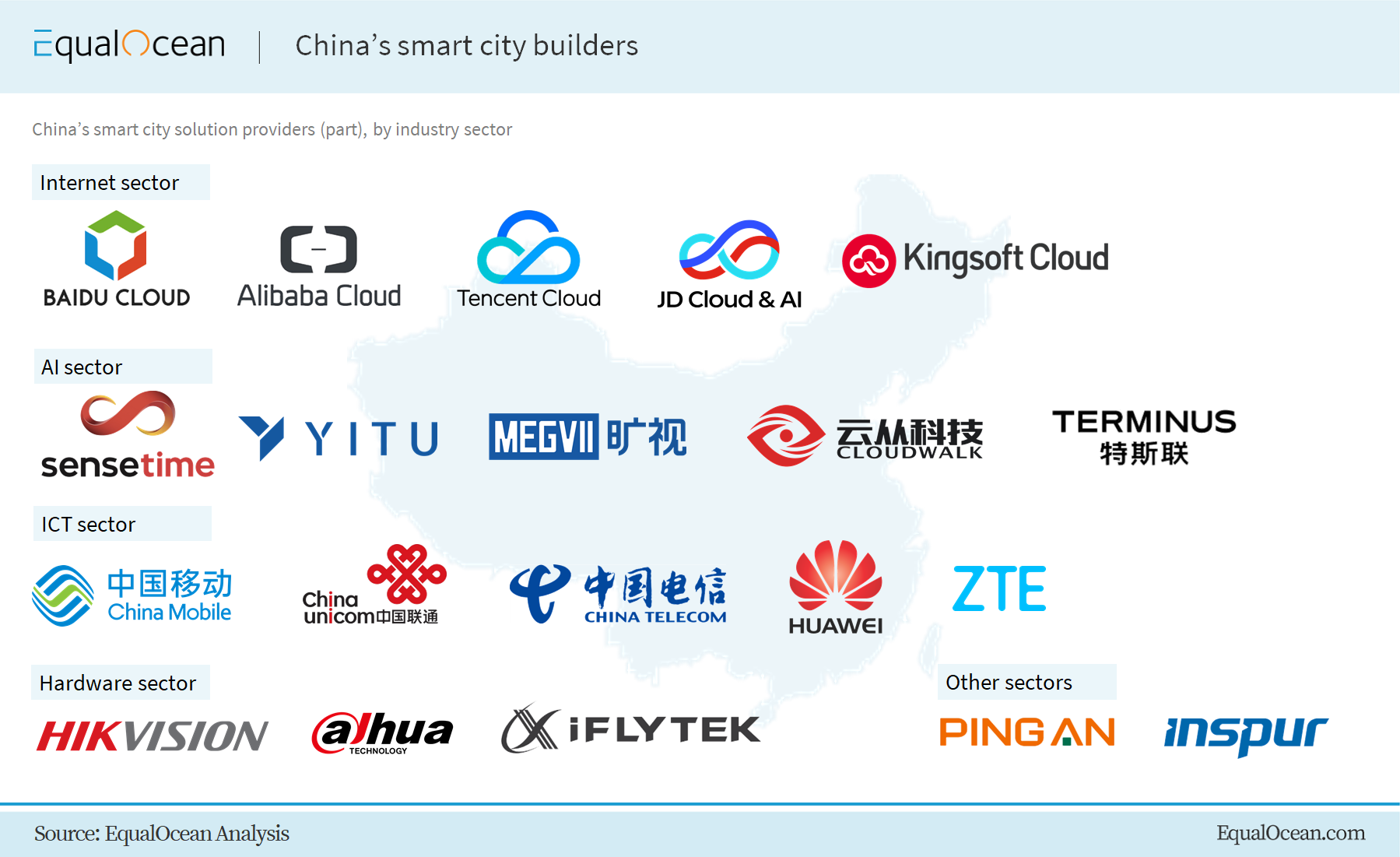 Among all these competitors, pure AI players are less competitive as they are weaker in real practice – they need know-how. On the other hand, they have no burden in becoming a platform as they do not belong to any specific industry. A third party is always easier to trust than competitors for those to be integrated and such an identity could work in AI companies’ favor.

Despite of ‘smart security’, ‘smart finance’, ‘smart healthcare’ and some other could-be-smart scenarios are included in SenseTime’s services introduction page. The real world has more sectors than these, but AI companies cannot assist with these at the moment. The world is not digital enough.

What is the future

Why there is not a ‘smart village’? Because the digitalization level in rural areas is far from matching the urban level. AI’s prosperity resides on the success of digitalization – unless AI can learn like a real human, who does not need categorized data. Countless exabytes of data have been generated throughout humanity’s history – but only well-structured data meets the standard for AI applications. Structural data includes facial images, lung scans, organized financial spreadsheets, electronic forms and so on, but these are only tip of the data iceberg. While myriad data waiting to be categorized and notated, society needs a higher level of digitalization to lay a firm foundation for AI development.

The demand for higher digitalization carries a top-to-bottom appeal for AI industry. Only a handful of industries have realized digitalization. Therefore, AI companies are facing intensive competition as they can only practice in industries like healthcare and financial sectors. Data labeling is still a laborious type work as we await a more advanced digital era.

From ITjuzi’s AI data startup database, around 100 data services startups were founded in China before 2020, and 70% of them were born after 2013, when China’s AI startup frenzy was drawing towards a peak. As a subvertical of the AI industry, AI data services companies are more down to earth, as data needs to be from real life, or it loses value in modeling or simulations.

Along with the rapid growth of digitalization and AI, people have been concerned about data security in the digital era. Data security and the cybersecurity sector will grow to match the scale of digital development, especially in a Cloud services era. China is said to be set to legislate the first personal information protection law by the end of 2020. Allowing for the as-yet-to-manifest profitability aspect of the business layer for trends such as AI, regulations and governance are assuming that this and other transformative waves will soon enter a robust and mature stage of influence, and are following suit.