In September 2020, the Chinese mobile gaming market grew by 20.59% year-on-year, with a growing number of alternative distribution channels helping to sustain growth. 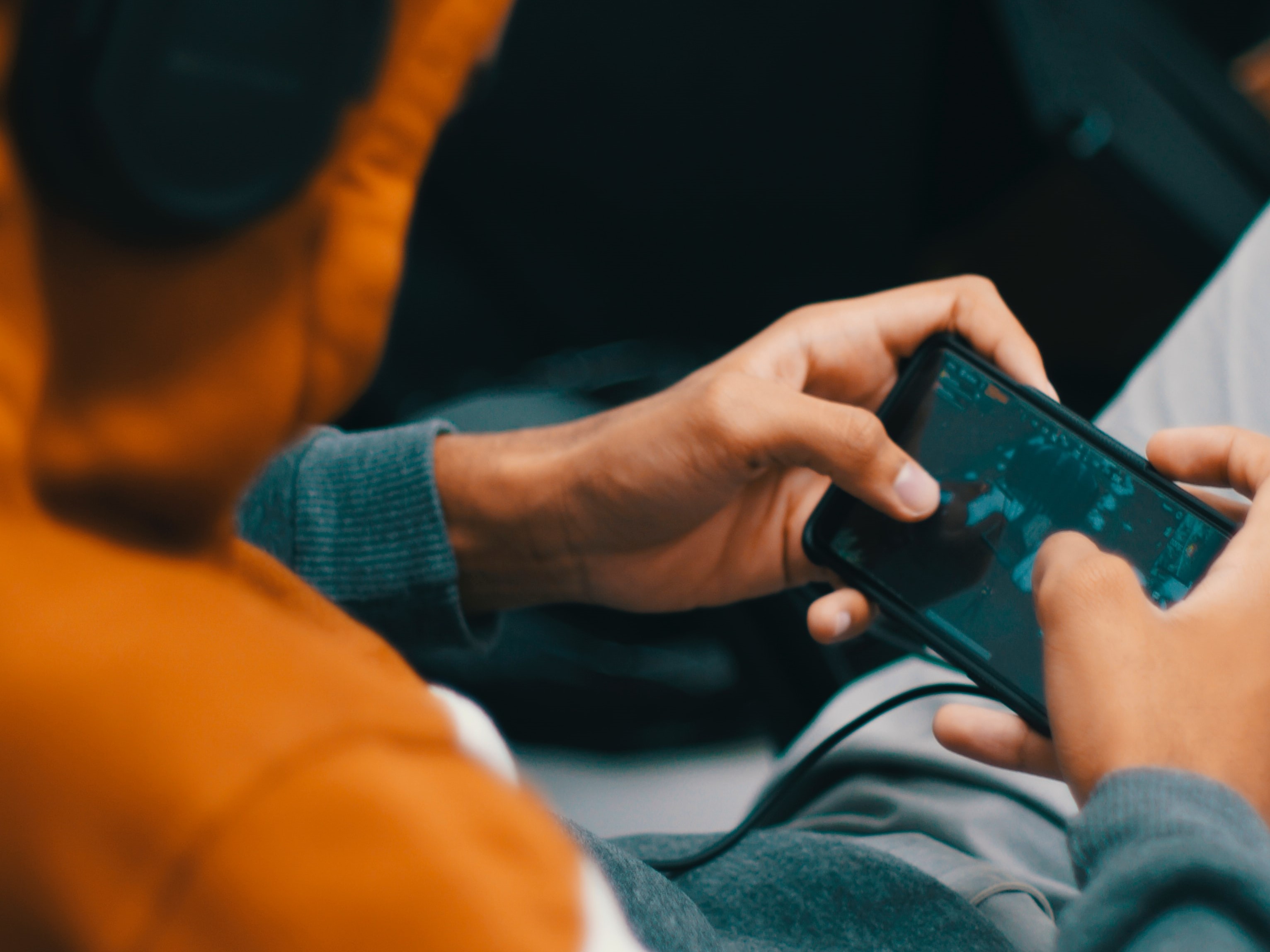 Recently, two famous Chinese phone makers, Xiaomi (1810:HK) and Huawei, announced that they would not allow access to two popular games on their application stores: Genshin Impact and Rise of Kingdoms. The reason is that they could not reach an agreement on revenue distribution with the game publishers.

According to the Chinese Apple App Store, Genshin Impact and Rise of Kingdoms’ rank number 3 and 4 on the games list, respectively.

Sources released show that Rise of Kingdoms' publisher and developer, Lilith Games, asked for a 70% share of total revenue in recent negotiations with Huawei and Xiaomi. But the two parties split on this issue.

Unlike a 3 to 7 payment ratio, which is the case between Apple and Epic games, China's gaming distribution channels have strong bargaining power and require more. Big smartphone systems builders like Xiaomi and Huawei ask for 50% of total revenue, topped up by gamers through app stores on the premise of paying off channel fees. In fact, the game developer and publisher can only get less than 50% of the gamers' money contributions.

Rewinding the history of the main channels – the smartphone app stores spent several years building their dominant positions. As smartphone shipments rose steeply from 2012 to 2016, the top phone makers in China, including OPPO, Vivo, Huawei, Coolpad and others allied, demanding 50% of the total topline for distribution. At that time, even developers like Tencent (0700:HK) had to accept this rule.

The atmosphere has changed as smartphone shipments have declined in recent years. Content providers like Tencent acquired game studios, enhancing their bargaining ability. Tencent's games accounted for 65% of total sector revenue in 2019. As game censorship tightened in recent years, the reduced games supply highlighted the success of Tencent's strategy, which helped Tencent reach a 70% distribution ratio deal on its games such as Crazyracing Kartrider, Jianwang 3 with Huawei and Xiaomi.

Another gaming giant, NetEase (NETS:NASDAQ; 9999:HK), claims that it only receives 70% of the total revenue on its two games: Fantasy Westward Journey and Journey to the West. Other phenomenally popular games like Onmyoji couldn't sign such a deal.

Tap Tap has been a runaway success, turning into a prevalent mobile game sharing community with 4,400 listed games and 7 of them downloaded over 10 million times in 5 years. And 9Game, founded in 2009, a subsidiary of Alibaba, has become the largest Chinese android games distributing platform. These two channels provide mobile gaming news, installation packages, online communities and games ranks. They primarily generate revenue through online advertisements and can return more to the upstream. 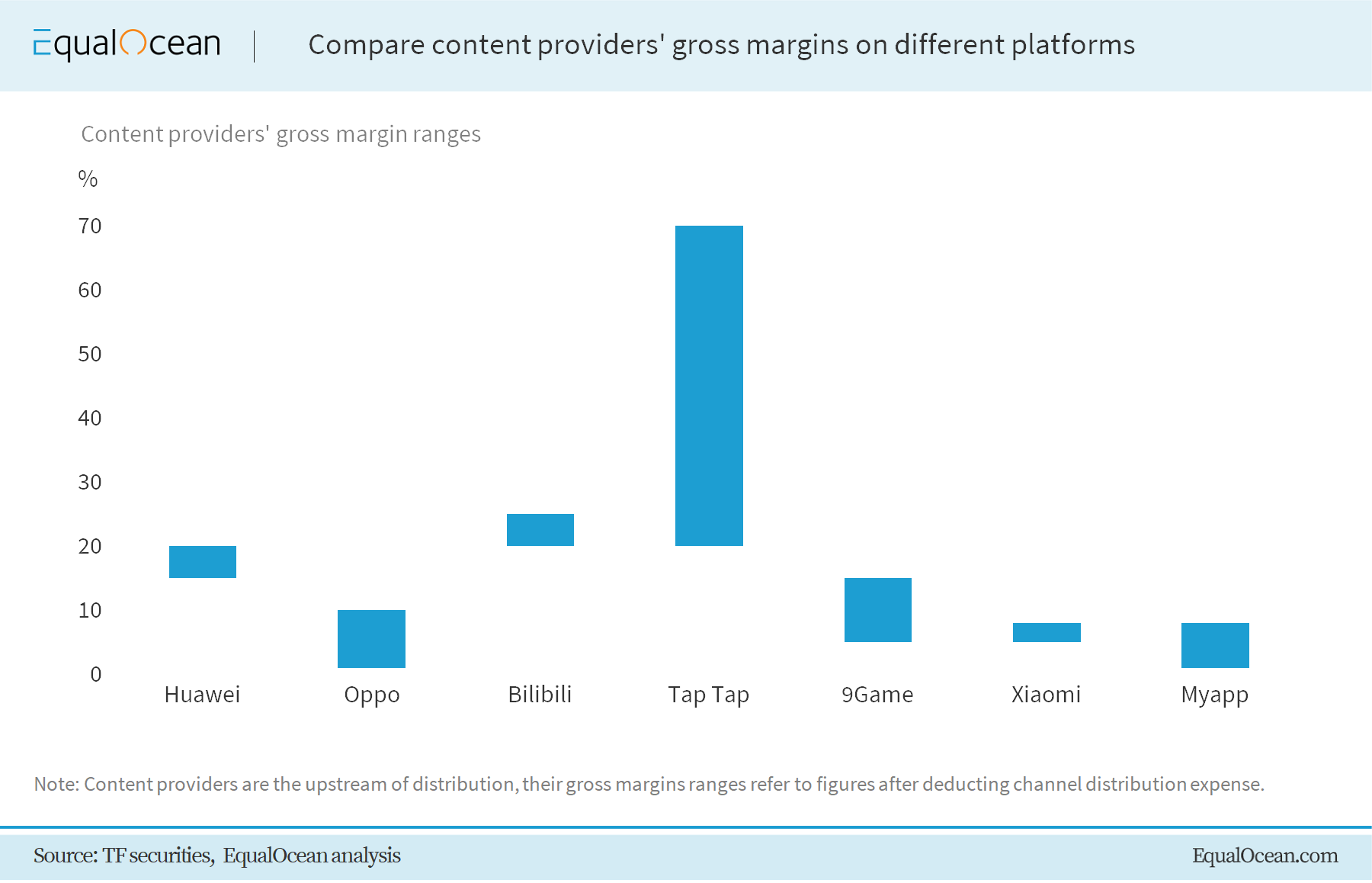 Analysys, a Chinese research body, said these vertical channels grow faster than hardware channels and third-party players. Besides, alternative media have better stickiness to gamers than other platforms, reflected by their apps' average opening times per day and daily usage. Specifically, apps of vertical channels are clicked 6.35 times per day, compared with 1.94 times for official app stores and 2.24 for third party app stores. What's more, gamers spend 23.89 minutes per day. By contrast, the figures for the other two types of apps are 4.5 and 7.87 minutes, respectively.

The bargaining power between game developers and publishers and distribution channels is decided by how much loss they can afford. The more loss a company can accept, it tends to achieve the dominant position. For example, small gaming studios that generate considerable revenue from a single platform like Huawei or Apple tend to fulfill their requirements. Instead, large gaming companies like Lilith gamers may choose to give up a vital channel like Xiaomi or Huawei while seeking revenue supplements from other media when they choose to suffer the pain. As intensifying competition on downstream, companies like Tencent and NetEase benefit from more choice on selecting partners, grasping more bargaining power.