The company is no longer burning money. 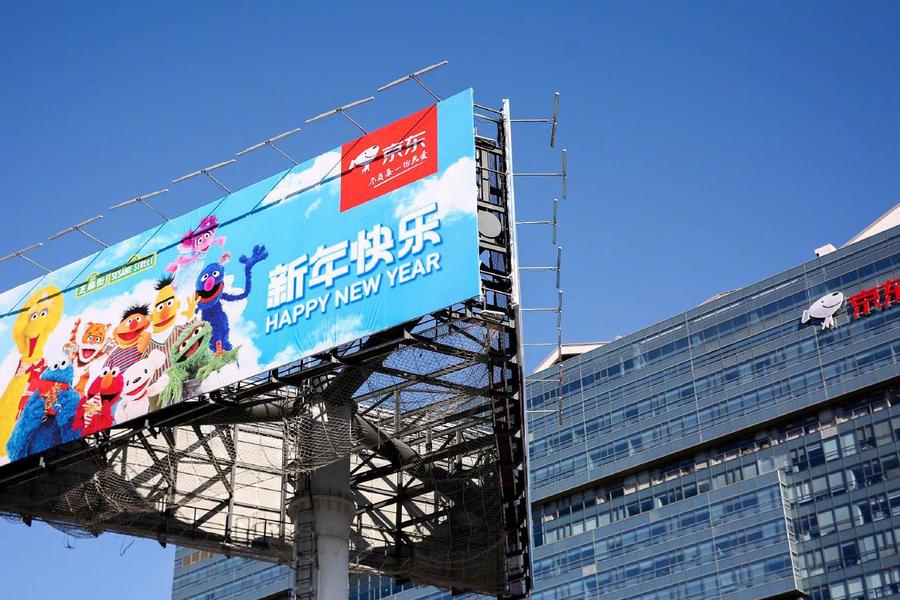 On December 24, the State Administration for Market Regulation announced an investigation into Alibaba's (BABA:NYSE, 09988:HK) monopolistic conduct. In the regulator's scope now are Taobao and Tmall, which have practiced the 'picking one from two' strategy, which prevents their merchants from finding a space on JD.com (JD:NASDAQ, 09618:HK),  Pinduoduo (PDD:NASDAQ) and the like.

On December 30, JD.com, Tmall, and Vipshop (VIPS:NASDAQ) were fined CNY 500,000 for issues such as false promotions and 'induced transactions' that consumers reported with emphasis before and after the 'Double Eleven' shopping festival. After the news, the Internet giants' shares plummeted.

From another perspective, it happens to be a good buying point for JD.com. Unlike Alibaba, which extends its tentacles to finance, cloud computing and other industries, forming a cross-sector monopoly, JD.com plays a more low-key role as a 'retailer.' However, the company's fintech arm JD Digits is growing fast, too – valued at USD 28.5 billion, it applied for a Star Market IPO in 2020.

In the third quarter of 2020, JD.com delivered a satisfactory transcript. Revenue reached CNY 174.2 billion, a year-on-year increase of 29.2%. The net profit attributable to ordinary shareholders was CNY 5.6 billion, a year-on-year increase of 80.1%. Although JD.com's net income has always been higher than that of Alibaba, its net profit margin was only 4% in 3Q 2020, which is much lower than Alibaba's 25%.

In essence, Alibaba runs a platform-based business, while 89% of JD.com's revenue is generated from self-operated products. Hence, the profitability comparison between JD and traditional retail companies is more meaningful. Meanwhile, since online platforms saved rental costs, fixed asset depreciation and personnel costs, JD.com's circulation loss is much lower than that of traditional retailers. In 2019, the net profit margins of JD.com, Walmart (WMT:NYSE), Yonghui Superstores (601933:SH) and Sun Art Retail (06808:HK) were 2.06%, 2.80%, 1.71%, and 3.17%, respectively. At almost the same net profit margin levels, JD's gross profit margin is only 14.63%, which is lower than the average of 24% of the other three companies. This certainly indicates that JD's intrinsic price advantage is far stronger than that of traditional retailers. 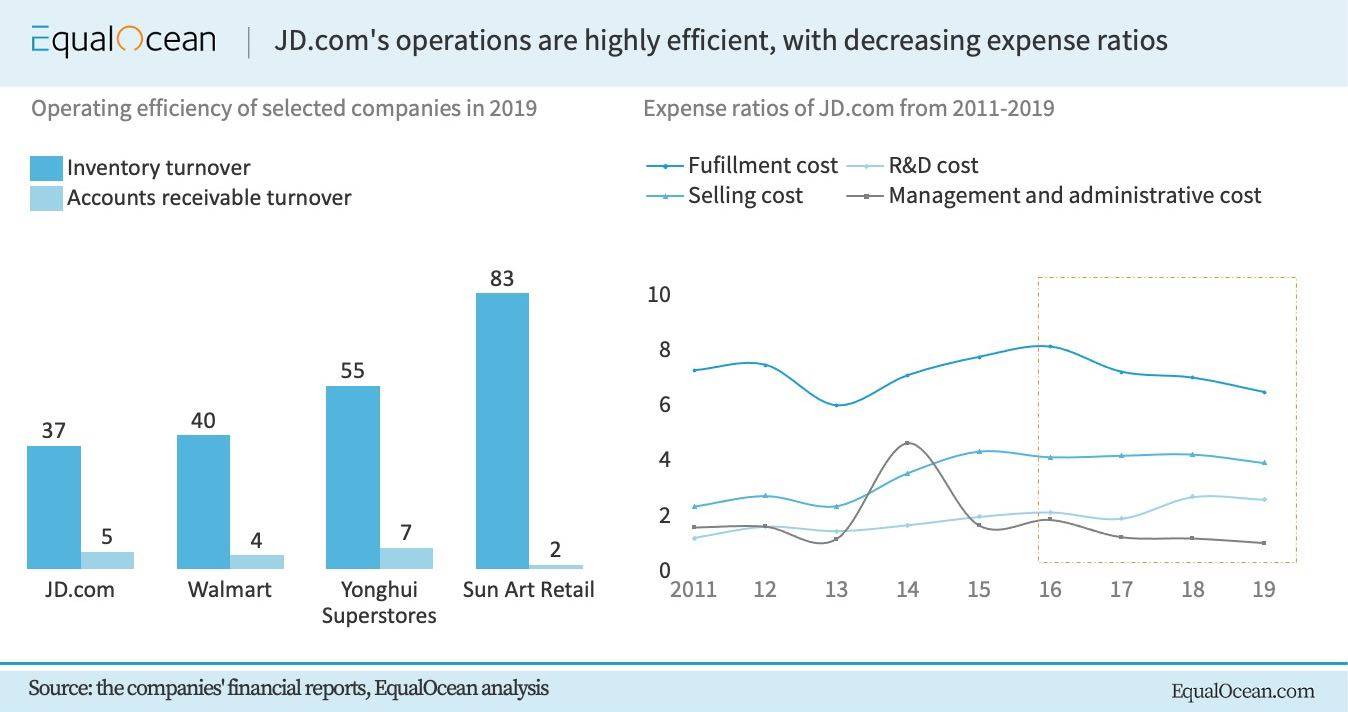 The advantage of e-commerce is not only reflected in the price, but also in operational efficiency. JD.com's inventory turnover number is only 37 days, which is lower than high-efficient traditional retail company Walmart shows. Besides, JD.com's cost control capabilities are gradually improving. Except for R&D expenditures, other cost and expense ratios have been improving since 2016. It just so happens that the control of efficiency is the key to the success of e-commerce.

Therefore, the emergence of e-commerce is essentially a shift from high to low commercial efficiency in retail, given the current technological development phase. With the reduction of JD.com's expense ratios, there is more room for future gains. Moreover, as the traffic costs increase, the advantages of platforms such as Taobao and Tmall over JD's self-operated e-commerce will gradually shrink.

'Jingxi,' the next revenue engine

JD.com's self-operated goods accounted for 89% of its revenue in 2019, so it seems urgent to change the revenue structure as traffic dividend comes to an end. JD.com has launched the social e-commerce platform 'Jingxi' to expand to low-tier cities, fighting against Pinduoduo and Taobao Tejia Edition, among others. Since its official launch, Jingxi has introduced more than 83 million new annual active users to JD.com. Among them, 80% of new users come from lower-tier cities.

Female users of JD.com account for only 38.3%. Compared with women, men's shopping goals are clearer, and the shopping decision time is relatively short. This directly resulted in the average daily usage time of JD.com – 16.5 minutes – which is lower than 26 minutes and 27.4 minutes of Taobao and Pinduoduo.

In September 2019, Jingxi joined the WeChat traffic flow. As of June 2020, the number of monthly active users of Jingxi Mini Programs reached 245 million, ranking first in WeChat's mobile shopping applets. Jingxi attracts more female users, accounting for more than 53%. Right now, its average daily usage time and the number of app downloads per month per capita have a lot of room for growth.

In addition, users in first-tier cities account for 55% on JD.com, which is significantly higher than Taobao and Pinduoduo. Jingxi complements JD.com, attracting users in lower-tier cities to the firm's ecosystem. According to QuestMobile, the countrywide increase in active users mainly comes from third-tier and lower-tier cities, accounting for 58.7%. Such users have relatively low income, more leisure time and are more sensitive to product prices. Low-tier cities have a large population and relatively low online shopping penetration rate, creating more room for Jingxi's future growth.

The entry of short video platforms, including Douyin (the Chinese version of TikTok) and Kuaishou, into the online shopping market, has been intensifying the industry competition. (Douyin and Kuaishou possess 510 million and 430 million monthly active users respectively, as of March 2020.)

Douyin has been building its own e-commerce platform – Douyin Xiaodian. Meanwhile, ByteDance, the firm behind TikTok, has established an e-commerce business department.