OneConnect: Revenue Up by 42.3% with Better Budget Management 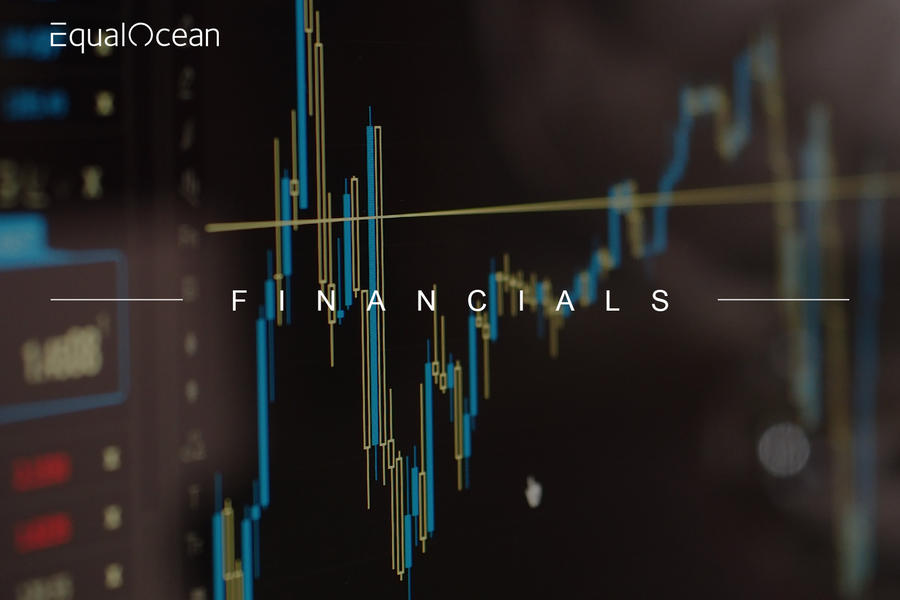 On February 2, OneConnect (OCFT:NYSE) released its 2020 financial results. Here are the major takeaways.

This is an update on our previous analysis of OneConnect, feel free to check it out first.

Cost down, profitability up

OneConnect's revenues have shown a steadily increasing pattern over the past four years. Before 2020, its revenue had a year-over-year increase of 42.25%. During the first half of 2020, we believe the shrinking net loss was partially spurred by the decreased employee-related expenses: there were some large-scale layoffs, reducing the compensation-related operating expenses from CNY 798 million in 4Q 2019 to CNY 589 million in 1Q 2020. Operating expenses were estimated at around CNY 650 million over the following two seasons. 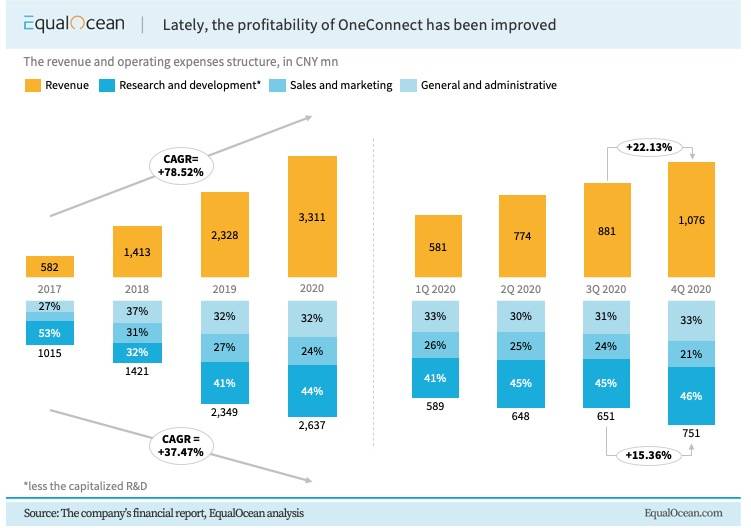 However, in 4Q 2020, the operating expense bounced back by 15% to CNY 751 million because of increased spending in R&D. The company's revenue ran up by 22%, indicating an effective control on expenses and maintaining increased profitability, hardly affected by the layoffs in 1H 2020.

The cost ratio also decreased from 102.8% in 2019 to 83.7% in 2020, even with the rising technology expenditure. The gross profit margin went up by 10% over the last two years. The revenue and cost structure are seeming to become healthier.

Heavy dependence on Ping An

However, as a star tech spinoff of Ping An, the poor independence of OneConnect has always been concerning to the market.

During the fourth quarter of 2020, the proportion of OneConnect's revenue contributed by clients of the Ping An ecosystem accounted for 35.6% of the total figure, slightly higher than the 34.3% in the previous quarter. The transactions between OneConnect and Lufax, another tech-spinoff of Ping An, have been reduced as well. 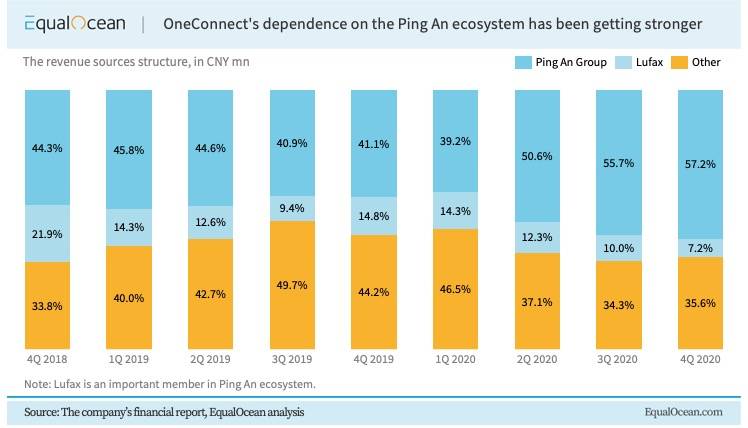 However, OneConnect has been gradually more dependent on the Ping An ecosystem, as Ping An contributed increasing revenue to OneConnect, from 39.2% in the 1Q2020, to 57.2% in 4Q 2020.