Cloopen: The Struggle to Become the Next Twilio 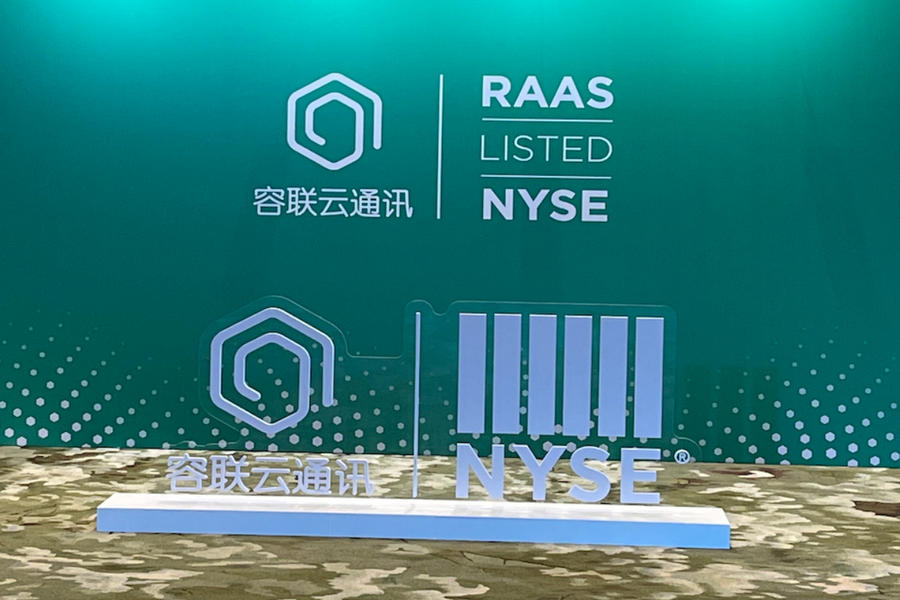 On February 9, 2021, China's largest Cloud communication company, Cloopen Group Holding Limited (RAAS: NYSE), was listed on the New York Stock Exchange, becoming the first Chinese SaaS company to do so in 2021. RAAS priced 20 million American depositary shares (ADSs) at USD 16 and raised USD 320 million in the IPO. According to the prospectus, 30% of the funds will be used for upgrading existing solutions, while another third will be used for further investments in new technology research, especially in video and private artificial services. The additional 30% will be used for strategic investment and acquisition.

However, American investors seem not optimistic about the company. In just one month, the stock price fell from USD 48 on the first trading day to USD 20, approaching the issue price. This triggers a question: as a representative of the Chinese Software-as-a-Service (SaaS) sector, is RAAS a potentially worthwhile investment? 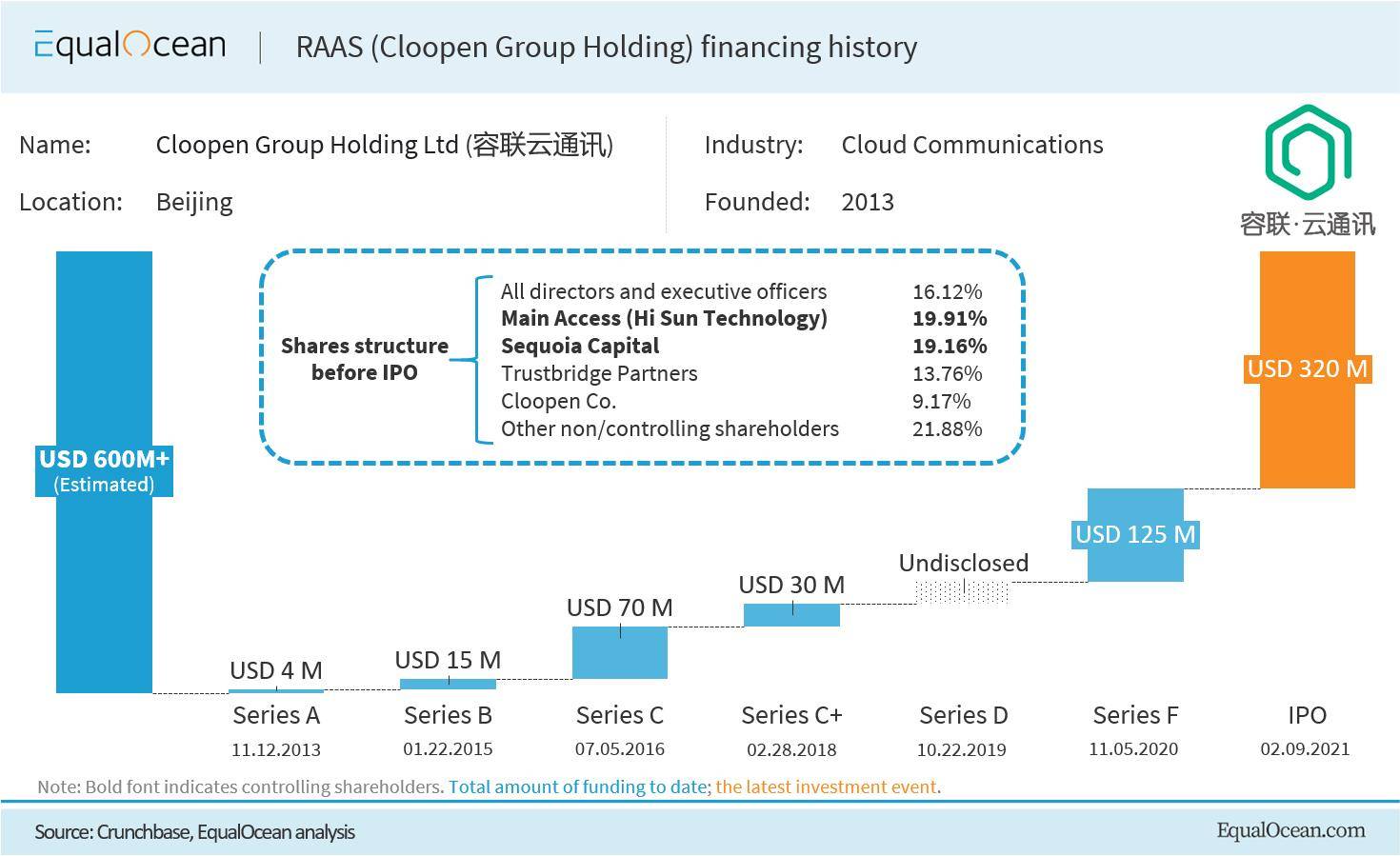 Founded in 2013, RAAS has been focusing on Cloud computing and AI technology to provide local governments and companies with multiple communication services, including communications platform as a service (CPaaS), contact center (CC), and unified communications and collaboration (UC&C). Resulting from eight years of development, RAAS became the largest provider of full-set multi-functional Cloud communication solutions in China.

The company received six rounds of financing in the past eight years before its IPO. Notably, venture capital powerhouse Sequoia Capital was the second-largest shareholder of RAAS before the IPO, trailing only Hi Sun Technology, a Chinese IT company. Sequoia led Cloopen's Series A, allowing the company to run initial research of Cloud communication independently from Hi Sun. Moreover, it kept increasing its investments in the following rounds and played a significant role over RAAS’s developments for eight years. Famous for its support of B2B startups in China, Sequoia Capital has invested in more than 160 such companies in the past 16 years. In RAAS's case, Sequoia's participation speaks for a possible B2B-focused development direction.

However, the company has not made profits through its businesses, and the net loss is increasing. In 2018 and 2019, the company’s net losses reached USD 22.9 million and USD 27 million, respectively. In the first three quarters of 2020, the company reported a net loss of USD 30 million, even exceeding the annual loss in 2019. According to RAAS, it is primarily due to a significant increase in the share-based compensation expenses of USD 10.7 million. 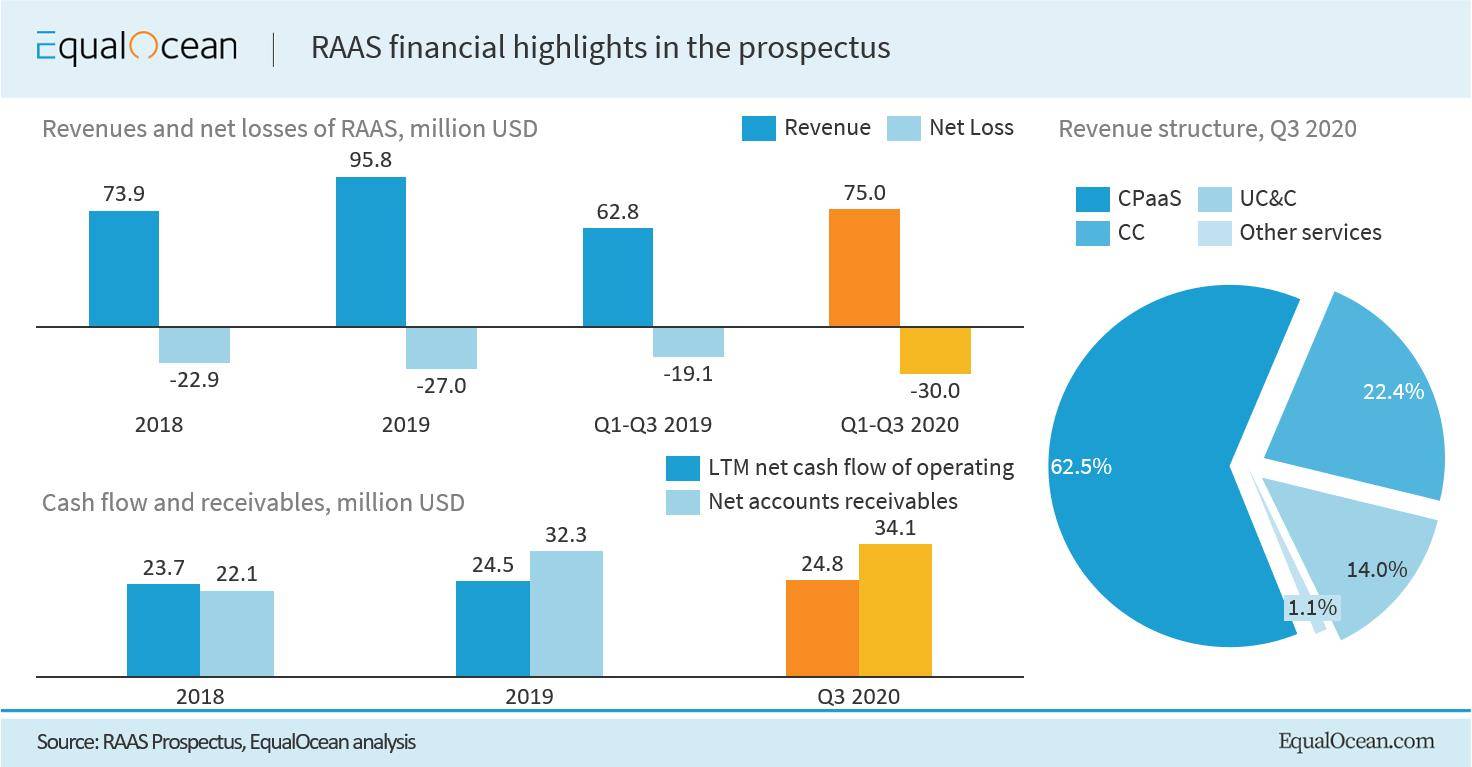 According to the prospectus, RAAS targets 'large-enterprise customers,' but its net customer retention rate is decreasing. By the end of the years 2018, 2019 and September 2020, RAAS had an active customer base of 10,200, 11,500 and 12,000 respectively, while its large-enterprise customers' number reached 125, 152 and 173. The increased rate of served large-enterprise customers is much higher than that of the whole client base. As for the retention rate, in the three periods (2018, 2019 and January to September 2020), the dollar-based net customer retention rates were 135.7%, 102.7% and 94.7%, respectively. The prospectus shows this diminishing is mainly because of the termination of cooperation with several existing online finance customers due to the P2P regulation change. The retention rate further decreased to 78.6% in the nine months ending September 30, 2020, and RAAS’s prospectus puts the blame on the impact of COVID-19.

Though RAAS has been regarded as the 'Chinese Twilio,' the two companies have different business structures. Twilio mainly focuses on a specific type of cloud communication services (CPaaS), accounting for more than 80% of the total revenue. However, by contrast, RAAS provides a wide range of Cloud-based communication services. This is probably because Twilio has already occupied a dominant position in the CPaaS market while RAAS has not – hence the latter company is not likely to put all its eggs in one basket.

Besides, these two companies' profitability rates, customer bases and prices have large differences. In terms of profitability, the gross rate of RAAS is lower than that of Twilio. According to the prospectus, RAAS’s gross rate hit a historical high at the end of September 2020 and reached 40.6%. In contrast, Twilio maintains a gross rate level higher than 50%. According to Twilio’s fourth-quarter earnings call, its non-GAAP gross margin reached 56%, which is much higher than RAAS.

Twilio has much more customers than RAAS and provides a more favorable unit-price. At present, Twilio has more than 221,000 active customers, 18.4 times more than RAAS (12,000). However, Twilio achieved USD 1.13 billion revenue in 2019, which was only 12.1 times that of RAAS (USD 93.4 million). This gap is smaller than the customer base gap. It indicates that the unit price of Twilio products is lower. It is possibly due to the reduction of marginal cost caused by the scale effect, making its products more competitive.

Moreover, RAAS has a hard-to-solve problem: it is highly dependent on large telecom operators of China. The company's revenue and cost mainly include telecommunication resources(services fee), outsourcing costs, infrastructure, and equipment and employee costs. Among all the four segments, the highest costs are service fees paid for telecommunications resources. The costs paid for telecommunications resources represent 73% to 76% of its total cost of revenues. The profitability will thereby be deteriorated by upstream suppliers' strong pricing power.

Notably, even Twilio is still facing losses year after year. According to its financial reports, from 2016 to 2019, the net losses increased from USD 41 million to USD 307 million. Based on the Q4 2020 earning call of Twilio, we can tell that, in the global CPaaS market, every company is burning its funds to capture a bigger market share, even for the largest players like Twilio, which seems like a tough challenge for RAAS as well.

We guided to an operating loss in Q1, and we want to continue investing in several areas. I'd say enterprise is one, international is another, partner ecosystem, systems processes. So kind of the same areas that we talked about last year that we hope to invest in, in a more pronounced fashion...Obviously, you've also got Segment, which came in at a loss position...We spend less on sales and marketing than a lot of other companies, especially when growing at our rate and scale. But then that allows us to not only get in the door but also expand our presence in that account because we've got those technical champions. -- Twilio (TWLO) Q4 2020 Earnings Call Transcript, The Motley Fool, 2021

Nevertheless, despite years of losses, Twilio is still under the spotlight of potential investments. We think the key point that makes Twilio successful is its strategy of using high-value stocks to acquire long-term strategic assets.  Acquisition news will increase the stock price in return. In October 2018, Twilio acquired Sendgrid, the famous Email API platform. Twilio’s share price rose from USD 70 to USD 130. In October 2020, Twilio acquired Segment, a customer data platform start-up, and its share price soared directly from USD 230s to USD 340s. Based on the analysis, acquiring start-ups with potential in its competitive pool would become a direction for RAAS. 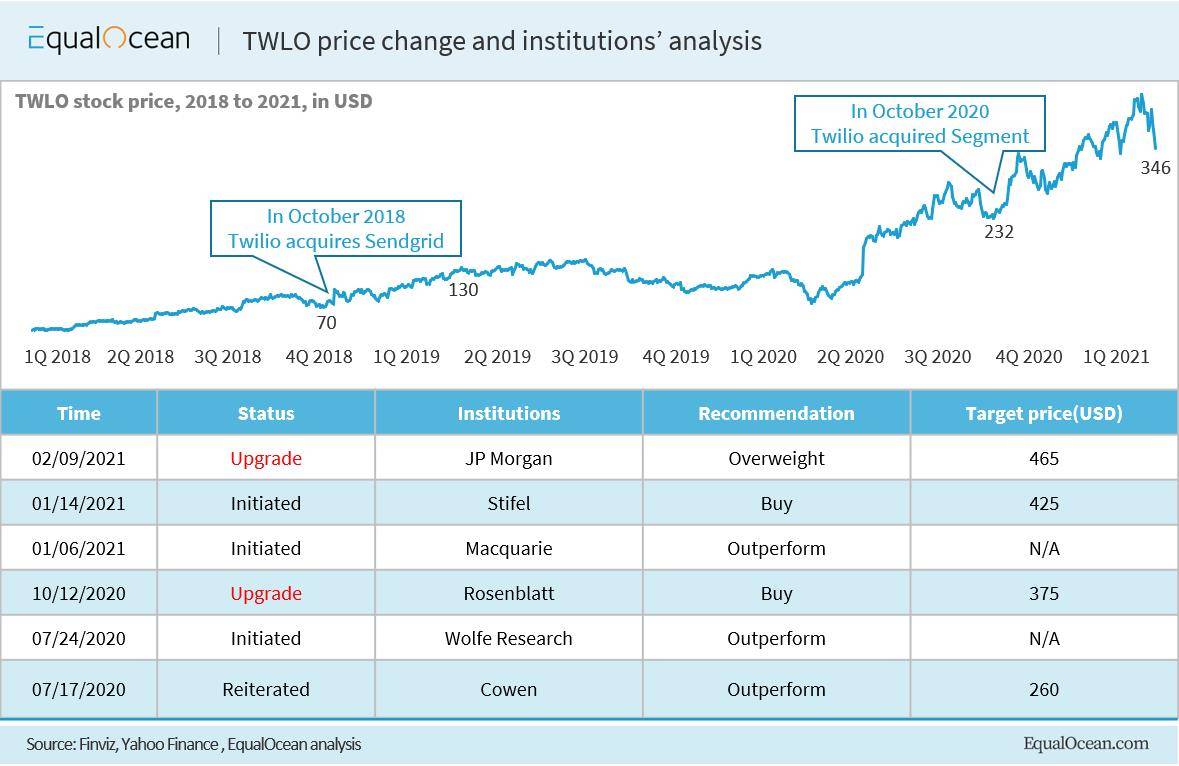 As a younger company with less developed capabilities, RAAS can face similar or even more challenges compared with Twilio, which means the company better find its own way to win in the market.

We think that it will be difficult for RAAS to become the 'next Twilio' in the short term and are neutral on its prospects. On the one hand, the company's ability to expand through investment is weaker than that of Twilio now. On the other hand, there are large differences between the United States and China in the B2B market. In China, developers, especially SMEs, have demands but are not willing to pay much for CPaaS. This means that RAAS's strategy in the near future can only be fully implemented by focusing on large companies, which often means strong downstream bargaining power. We think figuring out how to spend money wisely is the key to the development of RAAS. Purchasing high-quality startups and optimizing solutions for SMEs are two vital directions for the company -- and such news in the future could be positive 'buy' signals.

CONTACT US
Scan QR code to contact us for professional consulting services
Next article
After a Stellar 2020, New Growth Catalysts Emerge for Dada Nexus