The three payment systems are poised to co-exist. 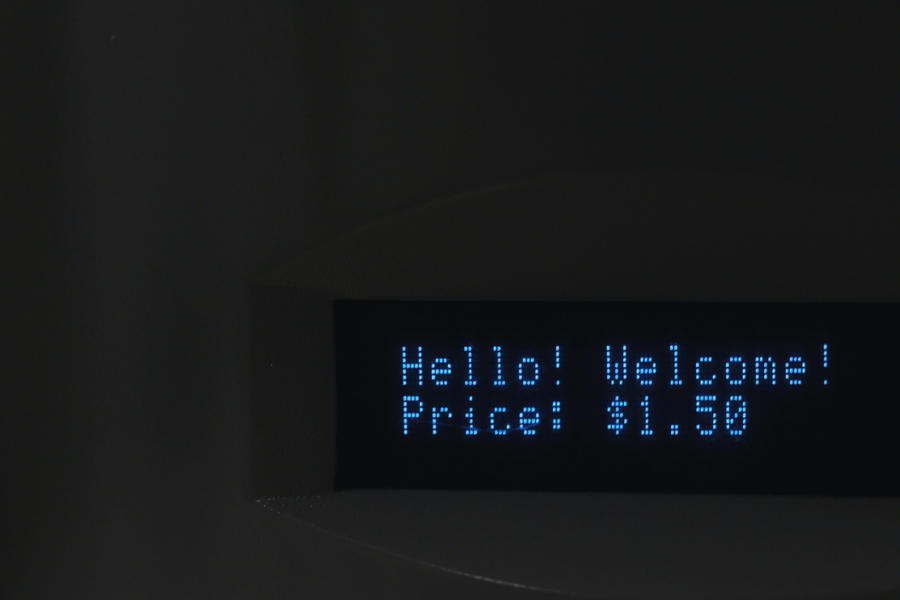 In a story that has reverberated around the world, the Chinese government has executed a new type and scale of project with the launch of the Digital Currency Electronic Payment (DCEP), apparently aiming to digitize circulated cash and assimilate payment methods from local tech giants, including Alibaba-backed Ant Group and Tencent. The project allows the public to save their digitized bills and coins in a separated state-designed app.

Since DCEP has been implemented in several testing cities – such as Shenzhen, Suzhou and Chengdu – this money is already widely accepted by many local merchants. For example, some employees working in governmental facilities have already received their paychecks in the digital yuan. The successful implementation highlights the upcoming era with new digital payment methods in China. Let us take a closer look at the new buzzword and its competitiveness to explain why the Alibaba-Tencent duopoly in the Chinese e-payment market is not likely to be shaken by the brand-new state project.

It is not hard to see that DCEP is the main competitor of third-party payment providers – they all provide similar services. Merchants will not have to pay commission fees for digital transactions once DCEP is deployed, causing interruptions to the third-party retail payment market.  Thus, small payment providers will see more adverse impacts on their business due to a highly competitive scenario brought by this new project.  As for large providers, like Ant Group's Alipay, their impacts will not be as devastating. Tencent's WeChat Pay might be impacted a little more, as its scope of financial services is narrower.

The fundamental strength leveraged by these two giants is their multiple affiliates, such as large e-commerce platforms, and social media-linked consumer bases, which interlink personal finance accounts with the companies' back-end systems. These accounts with comprehensive services and products make them hard to substitute. For example, apart from e-payments, Alipay has analytical and investment tools in various fields, including funds, insurance, wealth management and credit services. It also has Zhima Credit (Chinese: 芝麻信用), a credit assessment tool that works in many aspects similar to FICO,  offering credit scores as references for online shopping and all the financial services within the platform. These additional financial services are beyond DCEP's realm – which is only realization of digital payments.

Moreover, both companies are gradually adopting a 2B-dominant business structure with decreasing emphasis on retail payments. In other words, the retail payments business is more traffic-generating and might have fewer profit contributions, while the 2B sector is likely to account for most of the income.

Waiting time will be longer for a full implementation

Concerns emerged from the launch of DCEP regarding its substitution mission vis-a-vis traditional cash.  Even if it happens, it will take longer than expected. We will discuss the problem from its essential elements:  the Digital Currency (DC), that refers to the digital yuan, and its distribution method, the Electronic Payment (EP).

DC can only supplement cash in circulation. In the near future, a complete coverage of digital currency is still under debate due to the economic disparity in different Chinese regions. Internet coverage and access to mobile devices are still a problem in some regions. Another aspect relates to the age group. Commonly, the elder population in China tends to devoid intelligent devices in their daily lives, rarely using e-payments.

Secondly, as a non-interest paying account, the digital currency is less competitive than real deposit accounts. As the digital yuan is designed to replace the physical cash in people's pockets, which is already reduced, it will be even harder to persuade the public to transfer their money out of interest-generating accounts to DCEP.

Speaking of EP, its negative impacts on third-party payment platforms are not as threatening as expected, even though they function in the same way. Beyond having an identical nature in the realm of e-payments, DCEP does work perfectly without Internet coverage. While for people holding smartphones, off-Internet scenarios are occasional. The digital currency gives no strong reason for why the Chinese public will quit their previously used e-payment methods.

Furthermore, Alipay and WeChat Pay, which combined occupy 95% of the e-payment market in China, rely on their huge partnership networks. These two giants' widened cooperation obscures DCEP to obtain merchants' coupons and discounts, making it less attractive to the general public.

Will DCEP entirely replace the bills through its full implementation? It seems to be wishful thinking for now.

The future position of DCEP and other providers is mainly determined by the market demand. Meanwhile, the intense competition evoked the transformation of other payment providers, posing a major threat to DCEP.

But cooperation scenarios between the new system and the local payment service providers is also possible. For example, the third-party digital payment platforms might act in parallel with the banks to distribute digital yuan issued by the central bank, and still play an important role in the payment market. 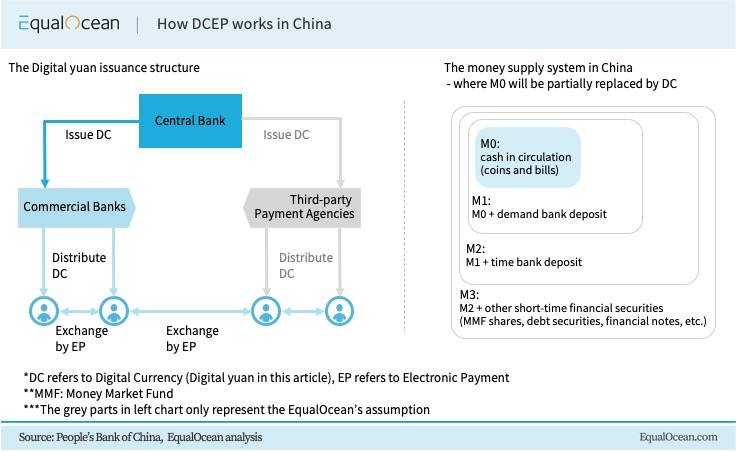 Also, as we illustrated before, the digital yuan will only partially replace the M0, or cash in circulation (like bills and coins). The money in Alipay and WeChat Pay is the deposits, which has more extents than the digital yuan. They are not perfectly interchangeable.

Many private banks are likely to join the pilot programs of DCEP, including Ant Group's MYbank and Tencent's WeBank. And there is more space for mutual development of the state project and the local private sector players. Most of the concerns regarding DCEP's adverse effect on Alibaba and Tencent's businesses are pointless.