Hindenburg Research found that the blockchain chip designer directed much of the IPO proceeds out of the company through a series of opaque deals with insiders and questionable counterparties. 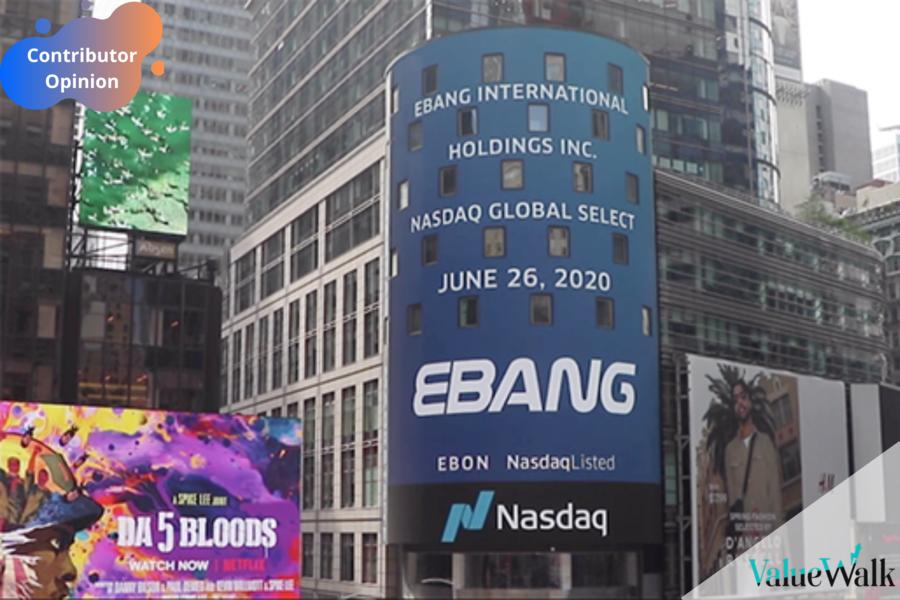 Initial Disclosure: After extensive research, Hindenburg Research has taken a short position in shares of Ebang International Holdings Inc. This report represents the authors' opinion, and they encourage every reader to do their own due diligence. Please see the full disclaimer at the bottom of the original report.

Background: Ebang Is Simply The Latest Chapter In The "China Hustle" Disguised As A Bitcoin Mining Play

Stocks tied to blockchain technology have been on the run over the last few months, swept up in bitcoin's resurgence. Ebang has been able to ride this wave, going public in June 2020 largely based on claims of being a leading global producer of bitcoin mining machines.

Since going public, the company has announced a series of preliminary initiatives, such as setting up various international entities (1,2,3,4), launching bitcoin, litecoin and dogecoin mining businesses, and launching a new crypto exchange.

These preliminary achievements have been enough for investors to award the company a market cap as high as USD 1.5 billion, and have paved the way for a slew of follow-on equity offerings at prices ranging from USD 5.00 to USD 6.10 per unit, including warrants. In total, the company has raised around USD 374 million from investors in 4 offerings over the past 9 months. [Pg. 4, 5 and Pg. 83]

Investors in Ebang likely think they are getting in on the ground floor of an expansive, multi-pronged cryptocurrency technology enterprise. But our research found that while the company represented that it would use the majority of its numerous capital proceeds to develop its business operations, it instead simply directed cash out of the company through a series of opaque deals with entities linked to its Chairman/CEO and its underwriter.

For example, the company directed USD 103 million, representing around USD 11 million more than its entire IPO proceeds, into bond purchases linked to its underwriter, AMTD, which has a track record of (a) fraud and self-dealing allegations levied against it by one of the largest private equity firms in China and (b) listings that have subsequently imploded.

The company then announced a USD 21 million secondary offering, claiming it would use the funds to expand its operations. However, we found that the company directed USD 21 million to a relative of its Chairman/CEO around the same time.

These actions shouldn't surprise investors familiar with Ebang's history and abysmal reputation in China. Prior to going public in the US, Ebang was accused of using cash embezzled from a fraudulent lending scheme in order to inflate its sales in the run-up to its planned Hong-Kong IPO.

The company ultimately failed to list in Hong Kong, twice, owing to customer lawsuits, police investigations relating to embezzlement and other fraud allegations, and public scrutiny over its conduct.

Following these failures, Ebang was finally brought public in the US by underwriter AMTD, with the track record mentioned above.

Rather than an exciting opportunity, we believe Ebang is simply yet another "China Hustle"; the latest in a long list of companies blatantly absconding with US capital, which winds up taking a one-way trip to China as a result of misrepresentations to US investors.

Ebang was founded by its current Chairman and CEO, Dong Hu, in 2010. The company initially focused on selling communications network access equipment until around 2014, when it transitioned into the blockchain industry. [Pg. 10]

This report, 'Ebang: Yet Another Crypto "China Hustle" Absconding with US Investor Cash,' was published originally on ValueWalk by Hindenburg Research. To read the full report, please click here.