Driverless Truck Innovator TuSimple: Not as Strong as Some Think 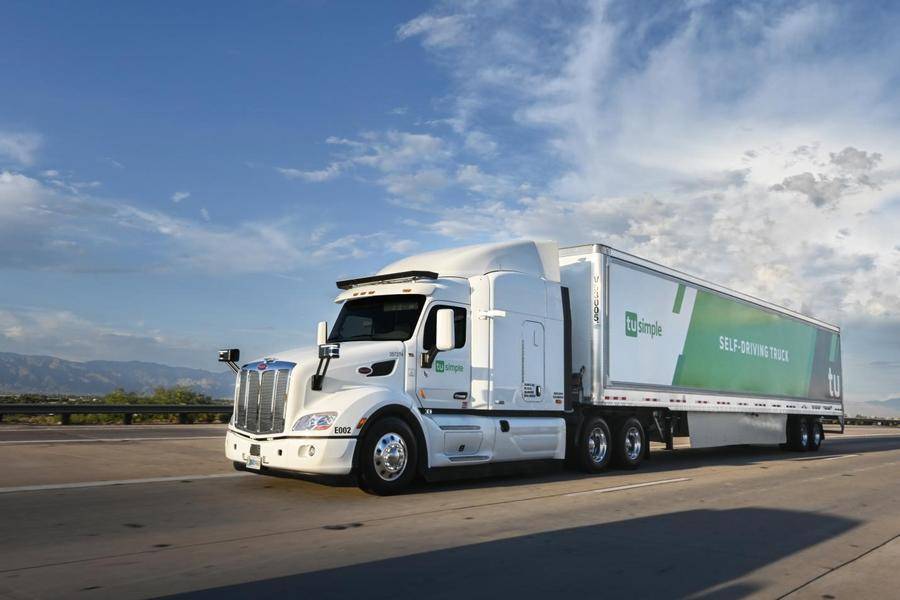 ●  TuSimple (TSP) is the first listed firm in the autonomous driving space.

●  We evaluate TSP with multiple risks in technology, competition and regulation.

●  TSP is a speculative stock due to its technological uncertainty.

Even though it was the first listed company in this field, TSP is not the first company running road tests with autonomous trucks. Another pioneer, Starsky Robotics, did that even earlier, but this startup failed from a lack of funding in March 2020. In contrast, founded in 2015, TSP accumulated more capital in China and raised a total of USD 648.1 million in over 11 rounds of funding before its IPO, including proceeds from shipping giant UPS, truck manufacturers Navistar and Trapton.

The success of TSP is indispensable to mutual efforts from both of its China and US management, which has a rather large percentage of Americans so that people first thought TSP was a US company. Its two founders Mo Chen and Xiaodi Hou are serial entrepreneurs and professionals in AI. Xiaodi Hou holds a few key patents in this industry. Other directors have abundant experience in the US truck sector. TSP is running a fleet consisting of 70 trucks that are sporadically applied in the US and China with a ratio of 5:2, as of April 2021, with over 2.8 million miles of the road test.

Autonomous trucking services can help to solve the current structural problems of US truck transportation. The sector historically has a low-profit margin with high costs of labor, fuel, administration and equipment. According to the founder of Starsky Robotics, Stefan Seltz-Axmacher, because of a scattered supply, 8% of the company's profit margin results from running a trucking company in the US. Another major hurdle for these companies is that it is hard to find truckers, especially drivers for long-haul trips. Drivers averagely spend 3.5 weeks per month inside their cars. To compensate for their hard efforts and time, shippers and carriers need to pay drivers with a competitive salary, which means more costs to the truck companies. This dilemma is even worse amid the thriving of e-commerce, along with increased demand for truck delivery.

While encountering these issues, how does TSP resolve this challenge? Based on its prospectus, TSP is planning to build a network called Autonomous Freight Network (AFN) in partnership with world-class shippers, carriers, railroads, freight brokers, fleet asset owners, and truck hardware partners. This network will provide two services, TuSimple Capacity (self-owned fleet) and Carrier Owned Capacity service. The company is also collaborating with Navistar to build tailored trucks for its own fleet. The TuSimple Capacity business will charge freight users by dollar per mile. The second model will give current truck owners an option to choose whether to deploy their solutions and charge a rate based on per mile subscription (SaaS).

Although TSP's business models seem to be solid, the company's value should not be exaggerated. The current market cap of USD 7.8 billion (as of May 15, 2021) implies a 4000x price to sales ratio as TSP only generated USD 1.8 million of revenue in 2020. Thus the traditional approaches including multiples and discounted cash flow are not suitable for gauging.

Alternatively, we did a scenario analysis for TuSimple. According to Allied Market Research, the autonomous driving (AD) truck market is estimated to reach USD 1.7 billion by 2025. We assume that TSP owns 50% of the AD truck market share, with a 10 times P/S ratio. Thus, TSP will be valued at USD 8.5 billion in 2025. Discounted the valuation by 10% to 15% per year, the company has a valuation of USD 4.2 billion to USD 5.3 billion at present. This figure is more convincing when we compare its capitalization with those of other AI startups. In contrast, the AI Unicorn SenseTime generated CNY 5 billion revenue in 2019, valued at USD 12 billion, which implies a 10-12 PS ratio (assume topline grown by 50% in 2021); Megvii is valued at around USD 5 billion with over CNY 1 billion revenue in 2019. So Mr. Market priced TSP at 7.8 billion too aggressively.

Essentially, TSP is an AI company that carries on extremely high technical risks. After the AI binge a few years ago, almost all the self-driving developers are sobering and believe it needs at least 5-10 years to reach a true milestone like L-5 self-driving. For TSP, it's projected to have no meaningful revenue or profits in the next couple of years.

The current AD leaders like TSLA, Baidu and Waymo may also threaten TSP's leading position in the autonomous trucking sector. All these innovators share similar principles in driverless system development. They develop AD systems through a process including recognition, decision and execution based on HD mapping, camera recognition, radars or lidar detection and other techniques. Thus, it may become easy for leaders to reprogram their platforms, models and solutions for trucks. The ever-evolving industry and other players will directly place a huge risk for pure-play AI start-ups like TSP.

In addition, the company may face regulatory risks as it menaces drivers' jobs which will incur huge resistance from labor unions. It may also be restricted by US authorities in some way such as the censorship from the Committee on Foreign Investment in the United States.

Overall, buying TSP at the current level might be a long shot. From a long-term standpoint, the technology risk is too high. The investment must compensate with a deeply discounted cap, but the market doesn't show that yet. In the short run, there will be no meaningful financials. The stock price will be volatile and the investment opportunity depends on unpredictable events. Investors can only place hope on some 'technical leapfrogging' reports – from here, their investment in TSP would be a purely speculative play.