China's SaaS: An 'Open Ocean' Up Ahead 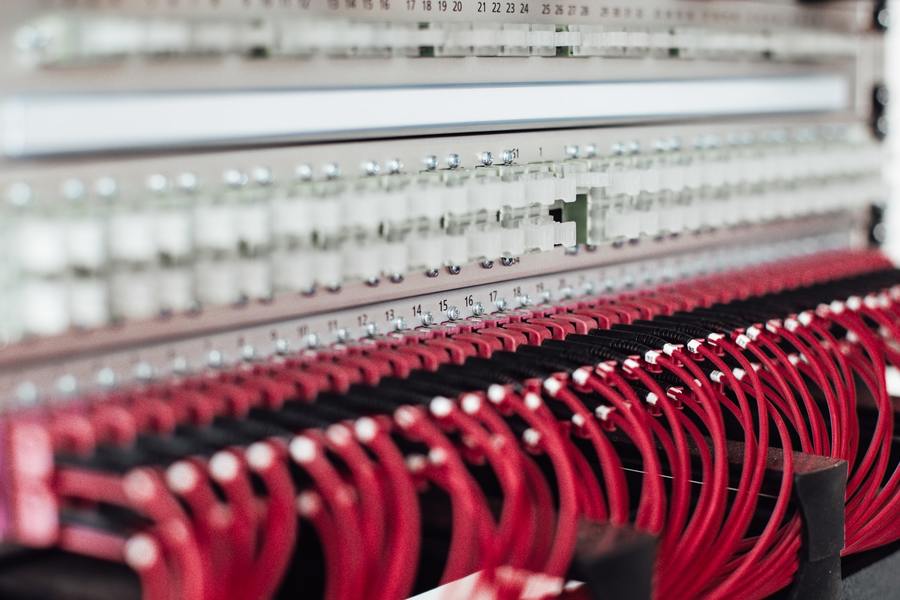 In China, public cloud services have been increasingly popular, along with a number of existing customers showing desires to extend and customize the providers' offerings at their own expense. The country's cloud service value chain possesses enormous investment value at different levels. One reason is that the high cost of data migration generates solid user stickiness; the other reason is the relative independence of the sector from macroeconomic fluctuations. As projected by IDC, the cloud computing penetration among enterprises will increase to 15.8% by 2024 in China. By then, the market size will reach CNY 563.3 billion.

Currently, China's cloud market is at an early stage of development, with a lower market penetration rate compared with that in the United States. As per R&D World, China's spending on research and development (R&D) is expected to top with USD 621.5 billion in 2021, denoting a 25.5% share of the global R&D spending that year. In contrast, China's spending on cloud computing services only accounts for 6.2% of the global figure. It points to the fact that there is a great potential for the cloud computing market within China along with the continuing technological development. 11 out of the 20 most prominent tech companies in the US have been intensively engaged in the software-as-a-service (SaaS) business, which accounts for 40% of the value of those 20 companies. On the contrary, only 6 out of the 20 major tech players in China have SaaS business, occupying slightly 3% of the total value of those 20 largest Chinese techs. The industry's key players in China are the local SaaS providers such as Kingdee and foreign players that charge exorbitant prices in exchange for customized services.

Considering China's strict regulation on foreign companies, especially in various technology-related fields, the local companies are more likely to get the upper hand in the competition. Four companies discussed below are those positioned exceptionally well to benefit from the country's cloud upgrade:

Holding 6.8% of China's cloud market, per EqualOcean data, Kingdee has maintained the largest share in enterprise SaaS cloud services for two consecutive years, while its enterprise-grade SaaS ERM (cloud ERP) and 'Financial Cloud' services have taken this position for 4 consecutive years. Kingdee is also one of the largest ERP software providers in China. In 2020, Kingdee continued to redirect resources to the SaaS business, leveraging its large corporate customer pool, in an attempt to gradually alienate itself from the ERP software business by focusing on the development and promotion of subscription-based cloud products. As a result, the SaaS business reached 57% of the total revenue in the 2020 fiscal year, surpassing the ERP business (43%) for the first time. After cultivating a solid customer base in its ERP segment, Kingdee would be able to convert many of them into buyers of the other services.

Kingsoft Cloud is the largest independent cloud service provider in China. Unlike many others in the space who tend to be narrowly segmented, it has extended from its original infrastructure-as-a-service (IaaS) model to platform-as-a-service (PaaS) to SaaS, forming a complete closed-loop that covers the entire cloud computing market to achieve cross-functional expansion as the scale grows. Kingsoft Cloud has built a comprehensive cloud platform consisting of extensive Cloud infrastructure, diverse products and industry-specific solutions across public cloud, enterprise cloud and AIoT cloud services. Powered by Kingsoft Group's enterprise service capabilities, Kingsoft Cloud is widely trusted in China and has inherited a huge customer base. 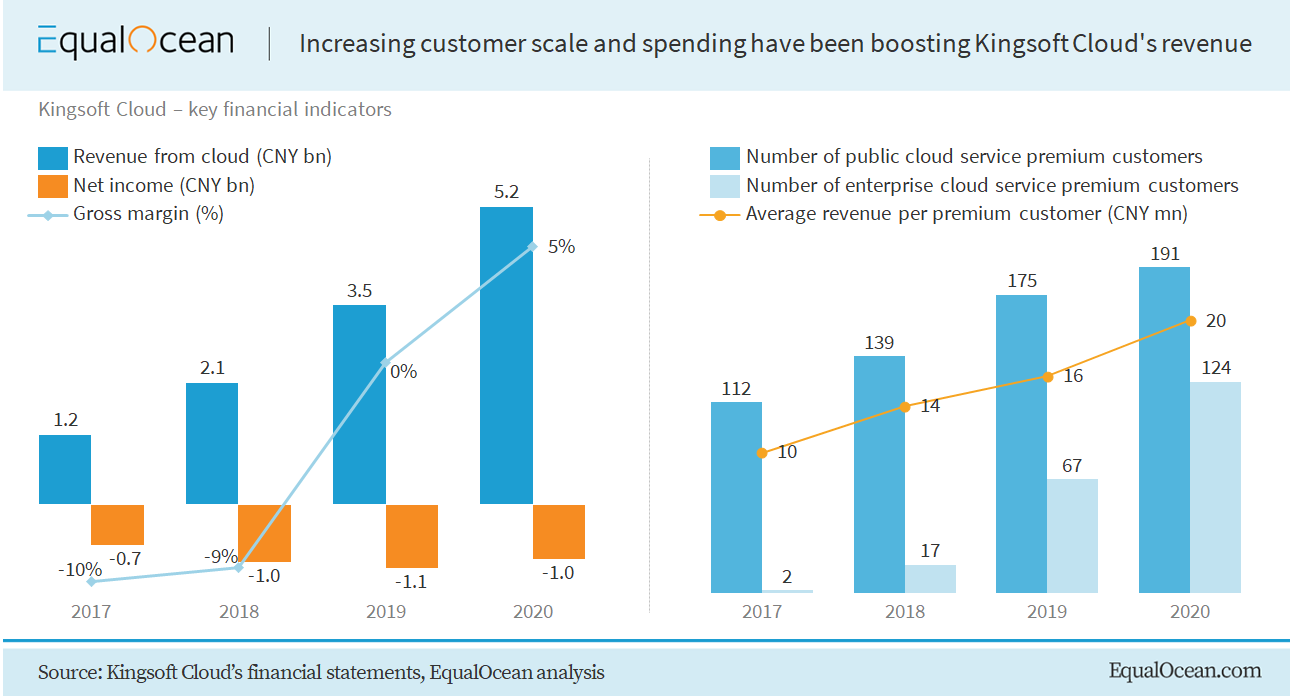 In the midst of fierce competition in the cloud service market, Kingsoft Cloud raised a total of USD 720 million in six rounds of funding in 2017-2018 and went public in May 2020. With sufficient cash reserves and the support from consumer electronics giant Xiaomi, Kingsoft has been able to survive and thrive. Its customer are, however, so concentrated now that the three largest of them account for 53% of its revenue.

Kingsoft Cloud's focused approach has made it a prime force in a few cloud industry subfields, such as games, video streaming, live streaming and finance. It is now expected to further boost its presence in various new verticals, where the main potential of the cloud market is mainly distributed. For example, Kingsoft Cloud recently shifted to the financial and government fields, enabling it to open up new business fulcrums beyond the public cloud business. In 2019, Kingsoft Cloud entered the field of Artificial Intelligence of Things (AIoT), which happens to be one of the key investment areas in China's 'new infrastructure' course.

Within Youzan's ecosystem, merchants can sell items via social networks, managing their own omnichannel retail through the company's SaaS solutions. The firm also offers a variety of cloud-based commerce services to merchants through a suite of SaaS products such as Youzan WeiMall, Youzan Retail, Youzan Chain, Youzan Beauty and Youzan Education. In addition, Youzan specializes in the SaaS business that supports SME merchants and facilitates retail transactions. Across industries, management teams lacking a technical background can easily open a customized online store on Youzan.

Weimob was founded in 2013 and currently has over 5,700 employees, 1,600 channel partners, and 3 million registered merchants. Providing cloud-based commerce and marketing solutions, it leverages Tencent's social networking service platforms for SMBs in China. The company provides SaaS and other software for e-commerce, retail, catering, hotel, local life and other industries, enabling merchants to carry out traffic management, obtain public domain traffic, and supports them to achieve digital transformation.

In view of the recent trend of more enterprise customers maintaining direct connections with users through WeChat, Weimob will see strong momentum in digital commerce revenue growth and continue to expand its scope from the SaaS area to more extended services.