The company is rapidly expanding its upstream and downstream partner network to dominate the industry. 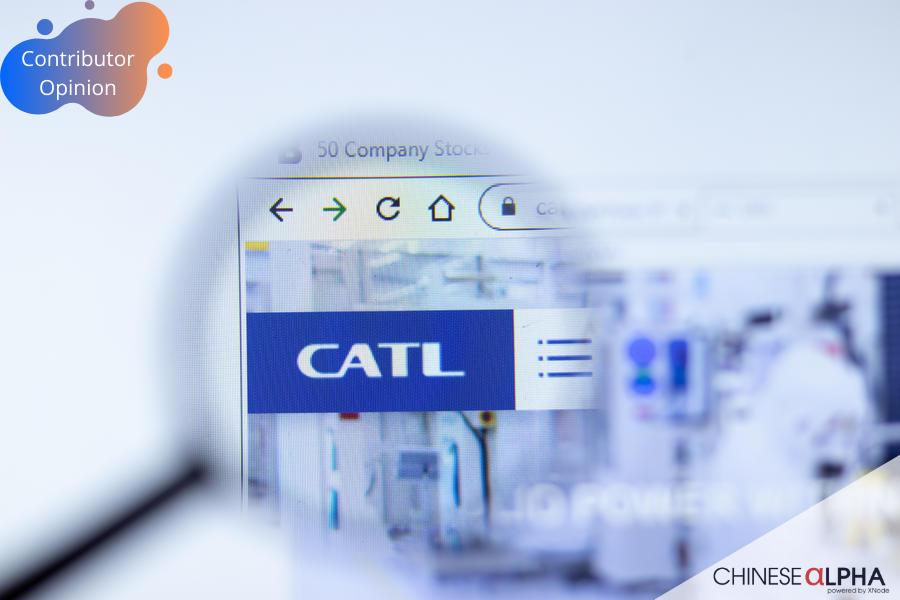 In 2021, the EV sales growth rate is being hampered by the consequences of the COVID-19 pandemic. Electric vehicle sales are expected to follow an S-curve growth trend: the sales numbers will portray a steady % growth increase over the next years until the market saturation phase from 2028 onwards, with a moderate year-to-year growth rate increase. One can expect that the number of electric vehicles sold annually increases exponentially until 2028.

Market research suggests that around 30% of global passenger vehicle sales will be electric vehicles by 2030. According to Bloomberg, this number is going to increase to 58% by 2040.

Regulations impact the EV markets. In China, policymakers were early to identify the auto market as a primary target for economic stimulus. The central government encouraged cities to relax car permit quotas complemented by strengthening targeted New Energy Vehicle measures in 2020. In comparison, the European Union's existing policies and regulations are being maintained and countries like France and Germany announced increased support measures towards electric vehicles for 2020 and beyond.

At the end of 2017, 23% of the firm's nearly 15,000 employees worked in research and development. The headquarters are located in Ningde, Fujian Province. In addition, there are further branches in Shanghai, Jiangsu, Qinghai, Foshan, as well as overseas branches in Munich, Paris, the USA and Japan.

CATL's upstream supply chain is heavily anchored within China and the firm's growth is heavily intertwined with China's economic development.

CATL has historically controlled and is continuing to control the Chinese battery manufacturing market as it fulfills the lion's share of the Chinese battery demand. China is the biggest market for electric vehicles worldwide and the high demand for electric vehicles in the local Chinese market combined with the international demand for CATL battery cells benefits the firm's growth. CATL holds significant and long-term battery supply contracts with major auto OEMs, including BMW, Daimler, PSA and VW.

In addition to that, the firm makes a strong investment in research and development and the company is at the forefront of improving MNC battery chemistries and architecture. CATL's R&D efforts have secured the firm an advantage in the next-generation battery commercialization (for example, in solid-state and lithium-silicon batteries).

The battery pack price is continuing to fall as economies of scale, scope and learning come into play

CATL's battery pack prices continue to fall, albeit at a slower pace as in the preceding years. This slowdown has been caused by the halt in production due to the COVID-19 outbreak and scalability limitations due to raw material bottlenecks. The average price of CATL's electric vehicle battery pack fell to 30.7 USD/kWh in 2020, with a reduction of 8.6% year to year, 12,9% short of the 2019 year-to-year price decrease.

CATL has secured a spot in Tesla's supply chain and is the first to provide the electric vehicle market leader with LFP (lithium iron phosphate battery) packs. Nickel prices have rallied over the past year and competition over secure, long-term supply becomes increasingly fierce. Amid increasing yearly demand for electric vehicles, the American car manufacturer has been the first to proactively hedge against potential nickel and cobalt shortages and to diversify its electric vehicle offering to include LFP powered vehicles. It remains to be seen what the Tesla – CATL partnership will mean for the global battery market.

CATL is tendered to supply critical parts for Apple's planned US battery production. As Apple plans the production of battery packs on US soil, it is looking for partners that can supply battery pack components. Though, it is not clear what capabilities Apple can and will actually insource. The Chinese battery manufacturers CATL and BYD are being considered as potential partners. Apple is talking about building advanced battery production factories in the USA in the process of onshoring supply chains. Apple has made building manufacturing facilities in the United States a condition for potential battery suppliers. CATL is reluctant to build a U.S. factory due to political tensions between Washington and Beijing as well as cost concerns but is tendered to cooperate with Apple when they decide to take over part of the battery production themselves. This cooperation with Apple offers great potential for CATL to secure future growth and integrate themselves long-term within the US market.

Disclaimer: This article's content is intended to be used solely for informational and educational purposes, and not as investment advice. Always do your research and consider your personal circumstances before making investment decisions. Neither EqualOcean nor ChineseAlpha is not liable for any losses that may arise from relying on the information provided.