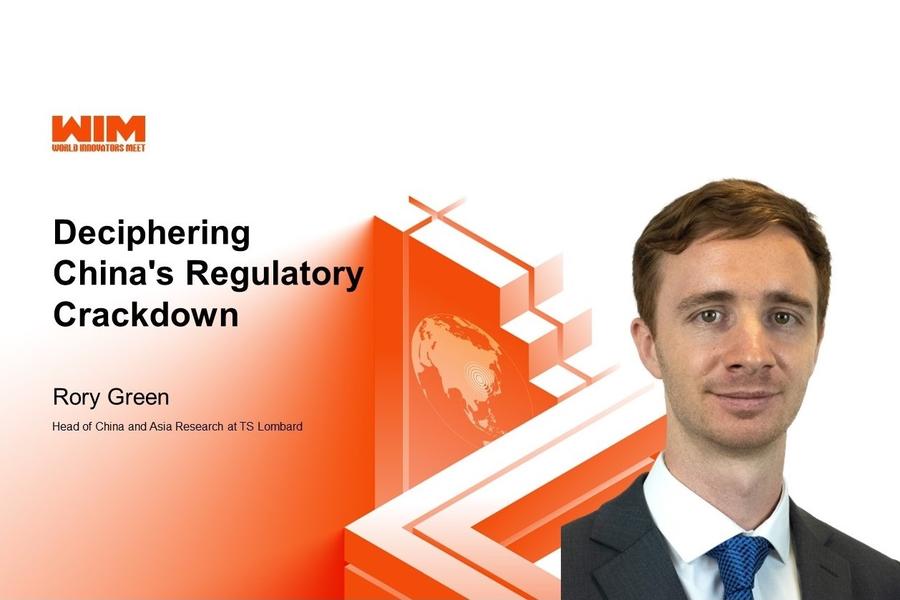 A number of Chinese equities have experienced volatility since the country's government started reforming its markets. Some of the deepest relate to the major 'common prosperity' shift that has been happening. Some might be wondering – how will it affect China's economy? Who will be the largest winners and losers? And how long will it last?

On December 9, 2021, at the 'Investing in China' Summit, a part of EqualOcean's World Innovators Meet (WIM2021), these and a few other important questions were answered by Rory Green.

Rory Green is the Head of China and Asia Research at TS Lombard. He joined the company in 2018 as an economist covering China's mainland, South Korea and Taiwan. Prior to this Rory spent four years with PRC Macro Advisors, a Beijing-based economic research firm specializing in China's political economy. From 2016, Rory was located in Seoul where he led the company's Korea research. Rory holds an MSc in Economics from Beijing Normal University. 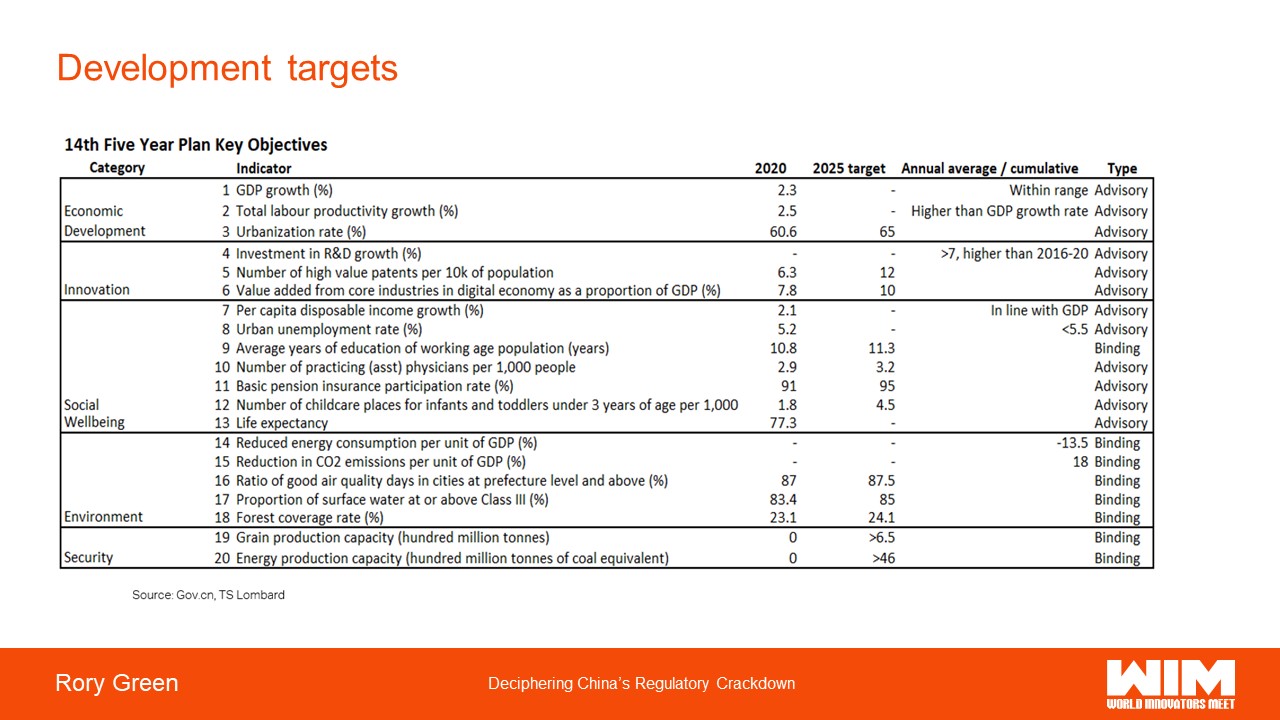 China has conducted a months-long regulatory crackdown broadly on its Internet industry and tech giants, introducing a series of new legislative items and regulations on issues ranging from tech and finance to gaming, entertainment and private education. This change in country management focuses on promoting a slower, more sustainable and, importantly, more equal social growth by allocating the most significant chunk of common capital into nurturing education, elevating social wellbeing and recovering environment. Macroeconomic experts expect a gradual slowing down of economic growth, thus doubling 2020 GDP by 2035. 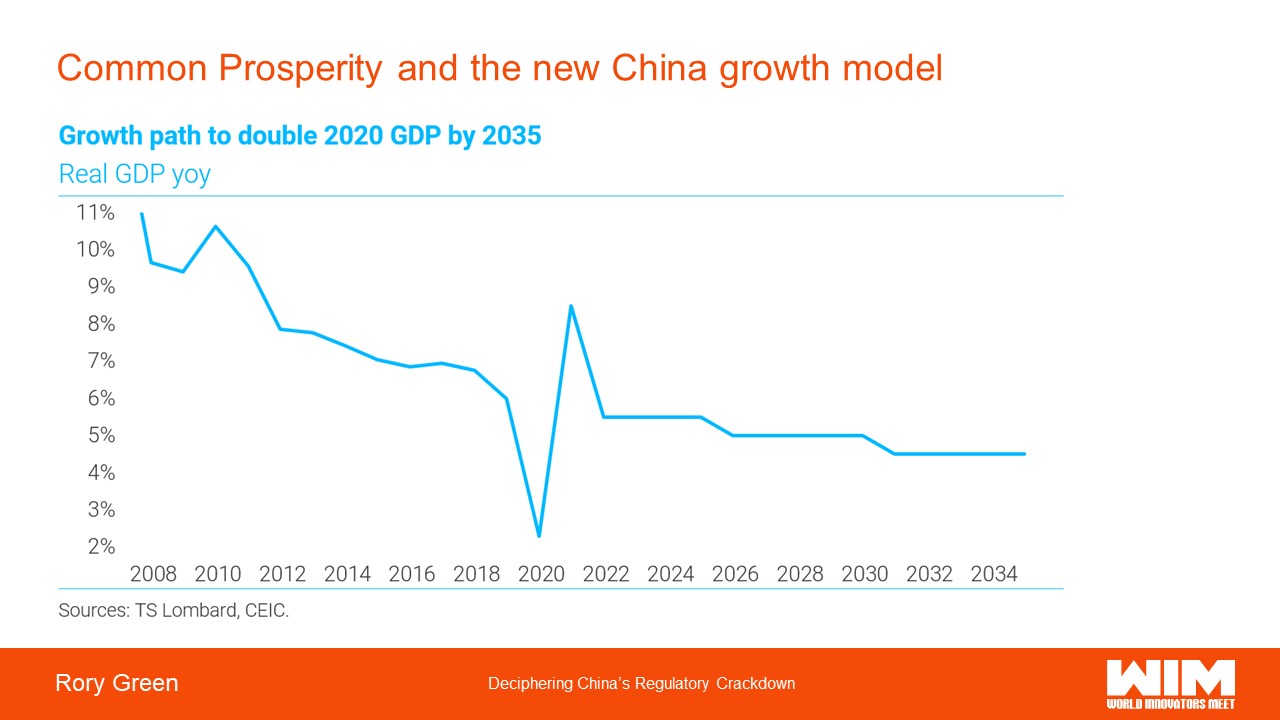 The reason behind this regulatory free-for-all is twofold. For the last few decades, China has experienced aggressive expansion, with little safeguarding of consumer rights, data privacy, mounting debt and economic inequality. Consequently, strict regulation on this trajectory is necessary and pressing. To fix these longstanding concerns, reining in private enterprise, while conducting re-structural reform, is the logical solution. We can already see the most effective and instant result: the excesses of capitalism start to recede, and the historically significant socialism element re-emerges. 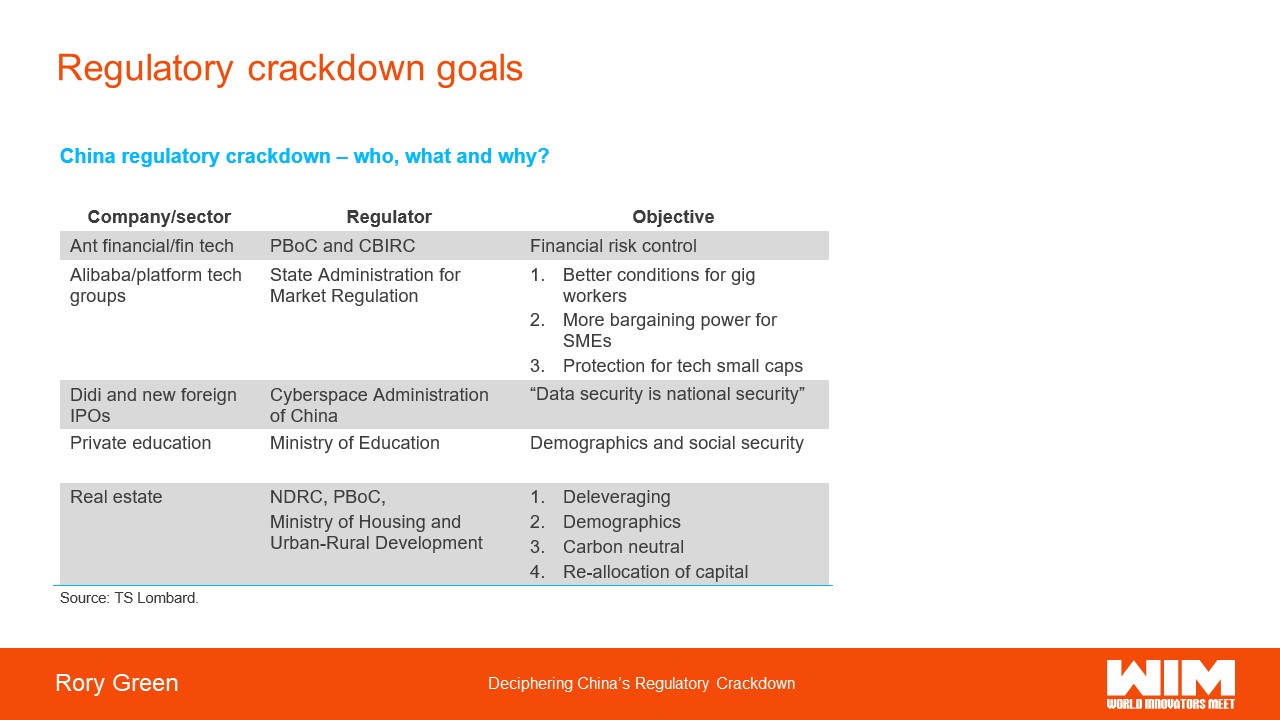 Although the investors have been pumping signs forecasting this months-long crackdown is entering its final stage, and the market has shown attempts to snap up those beaten-down tech stocks in recent weeks, Rory Green indicated that regulation for certain giant companies, especially for critical information infrastructure providers, is now a permanent feature. 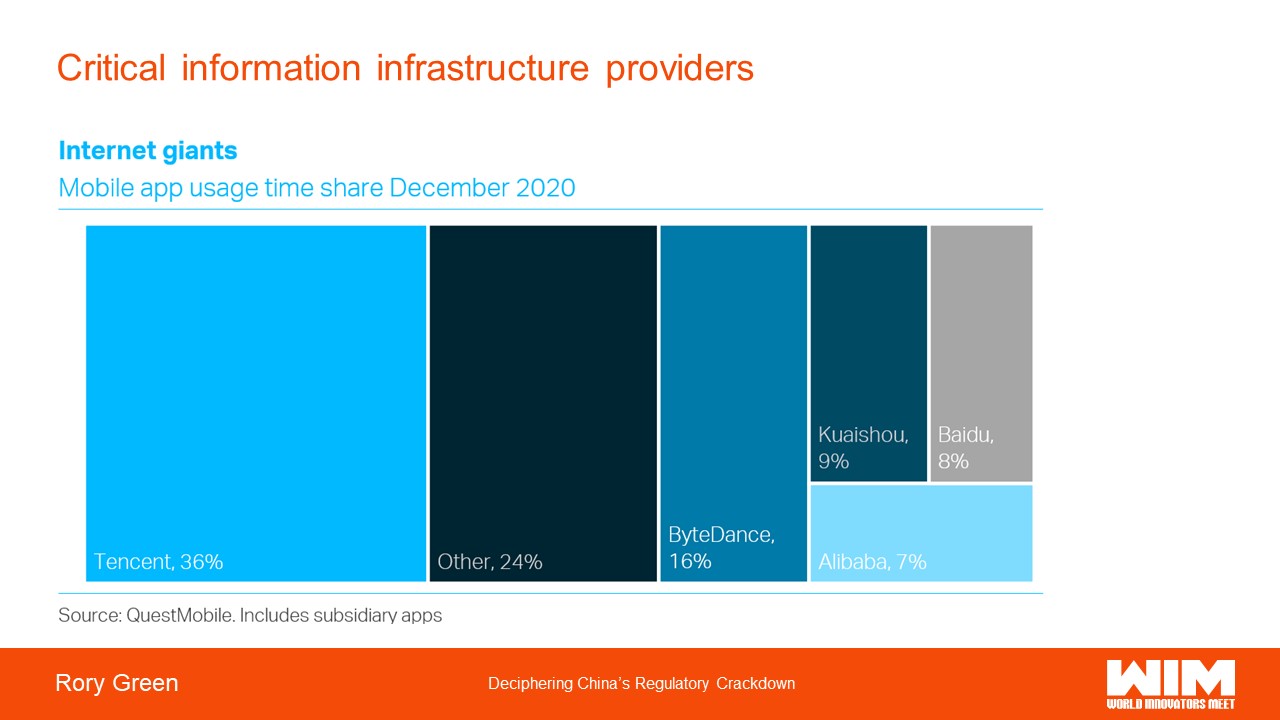 Who are the winners of the crackdown?

Mr. Green suggested that the biggest winner from this national-scale 'common prosperity' shift should be the gig economy workers. Over the last few years, there has been a significant rise in these flexible workers' wages, healthcare and welfare coverage, resulting in shrinking gross returns in big companies.

Some of the other possible winners from this regulation include lean, clean and technology-based companies with potential in competing resources and market share with giant monopoly firms in a sustainable manner but lack the sufficient capital to grow. 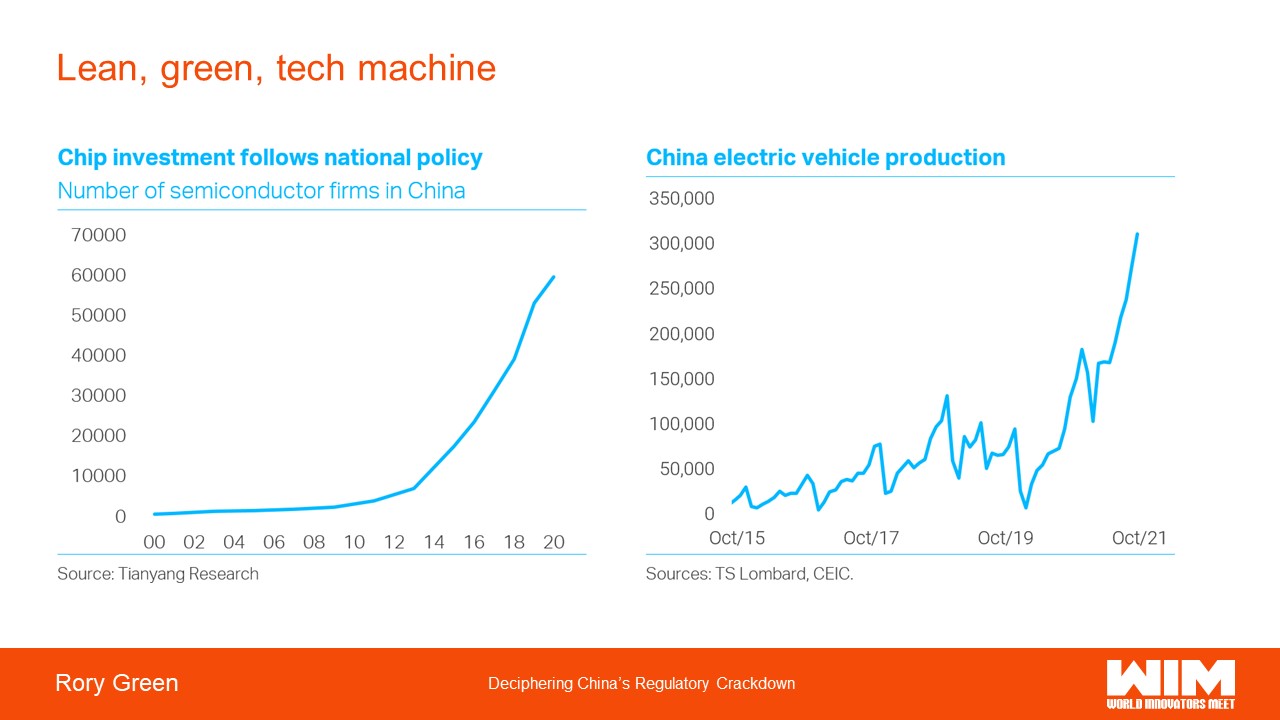 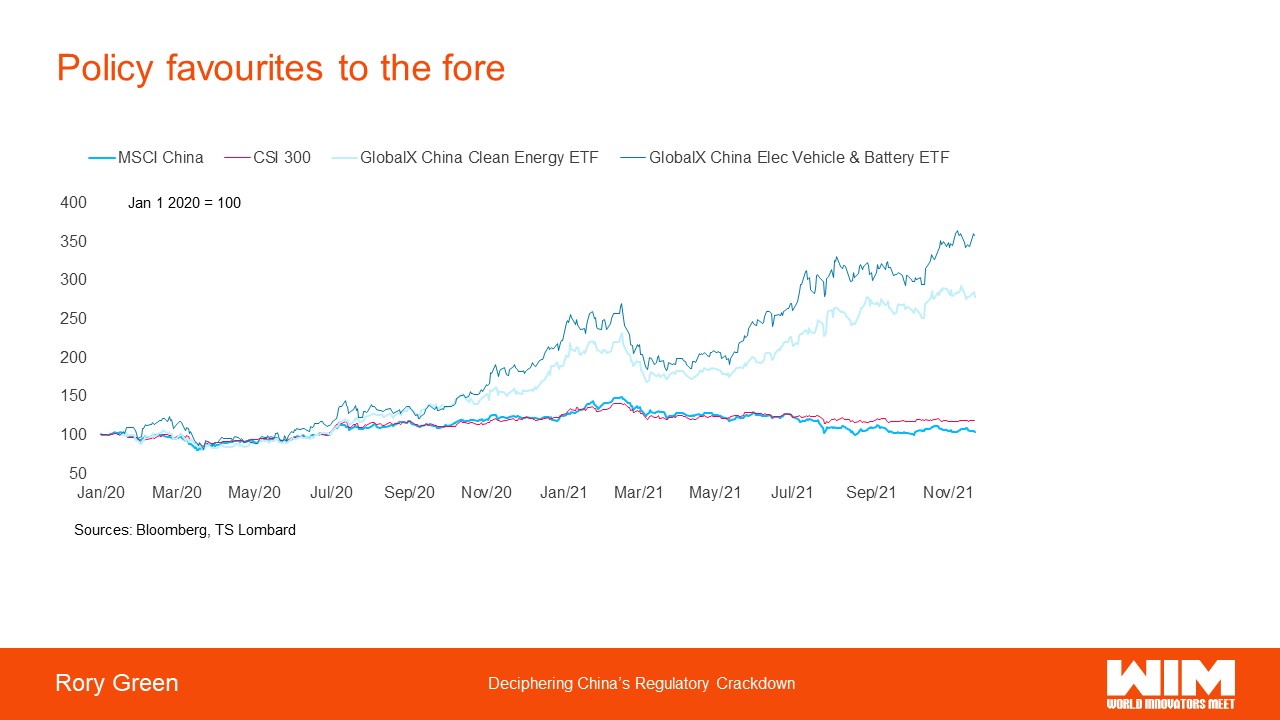 Who are the losers of the crackdown?

Besides some obvious losers, including major Internet firms, such as Alibaba and Tencent, property firms – sometimes a massive block to China's objective of equality – will likely be big losers for the seeable future. 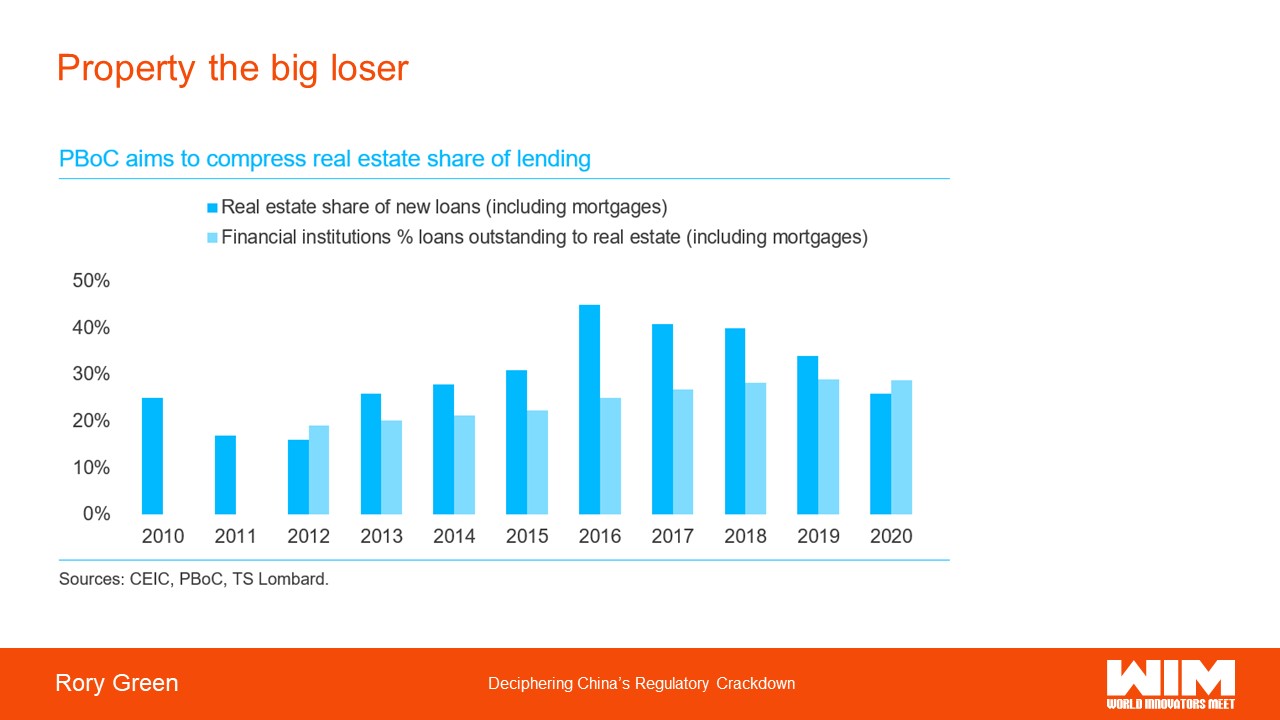 Mr. Green also shifted our attention onto the second-order impact: how and in which sector will these benefiting individuals spend their higher incomes? He expects an increasing expenditure on applications, games and domestic products.

Another impact comes along with the increasing public attention and investment in hardware industries, which gives China a big head start in the next generation of technology and engine and application development, especially in 5G. 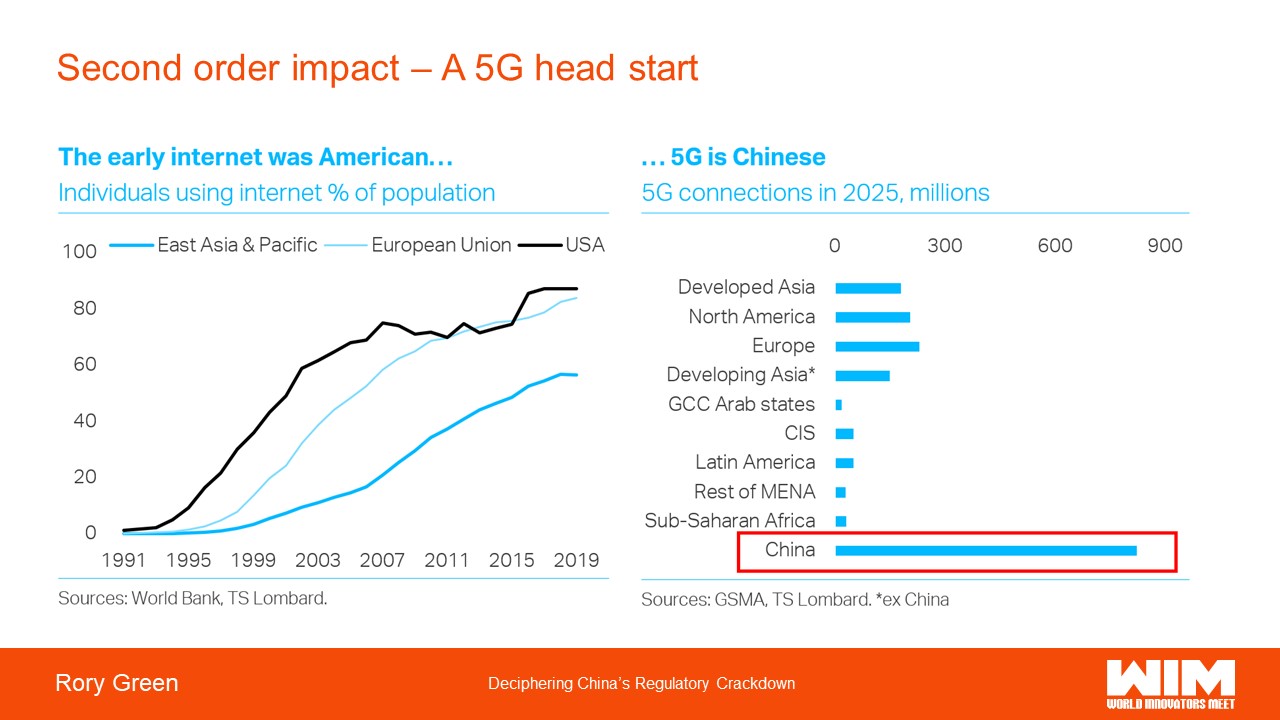 For Rory Green's slides and presentation recording, please subscribe to our weekly newsletter, we will be sending them out in the following weeks.