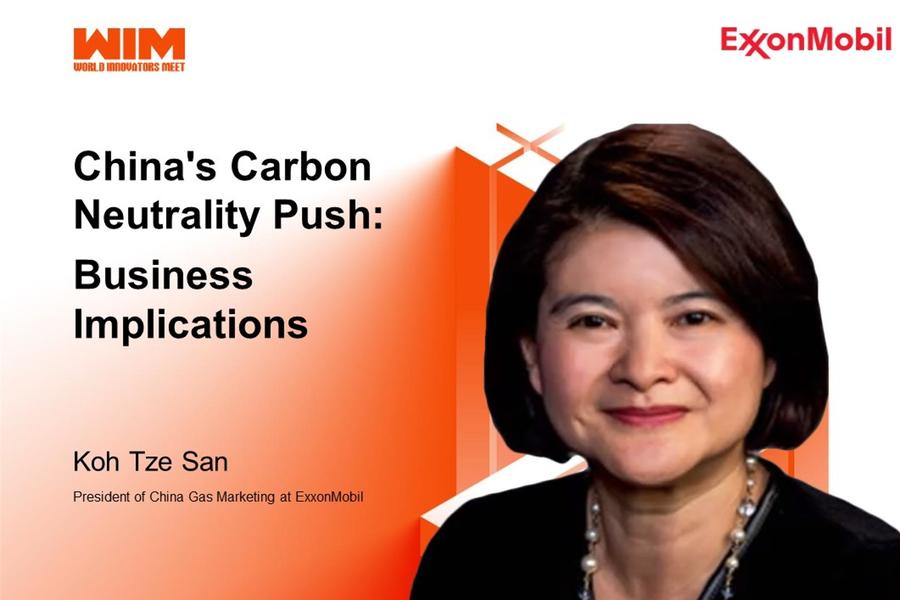 Having a systematic approach is important to identify technologies and policy options to manage greenhouse gas emissions across the whole value chain. It is also unlikely that any single technology will be sufficient in transitioning to a low-carbon future.

On December 9-10, 2021, EqualOcean hosted the World Innovators Meet 2021 (WIM2021) conference. Koh Tze San provided her take on the development of critical technology, carbon capture storage (CCS), and a possible scenario allowing China to lead the world to a low-carbon future.

Koh Tze San joined Esso Singapore (now ExxonMobil) in 1992 and has nearly 30 years of experience. She has served in various senior executive roles in the Upstream, Downstream, Chemical, and Public & Government Affairs in Canada, US, and China. Mrs. Koh is recently serving as President of China Gas Marketing – responsible for ExxonMobil's fast-growing LNG business in China. She believes that the critical success factors are building and maintaining credibility and being helpful while positively impacting.

"Carbon neutrality is the theme of the whole world now. Many countries have released their plans for carbon-neutral targets. Under the 2-degree Celsius scenario, there is a significant growth in the lower carbon energy and a 7% decrease in oil and natural gas," said Mrs. Koh. She added that oil and gas remain essential in the total energy makes, and between oil and gas, a shift to natural gas has been added in the carbon reduction plan in many national and state governments. Additionally, gas power is emphasized as a way to meet electricity demand in China's 14th Five Year Plan." 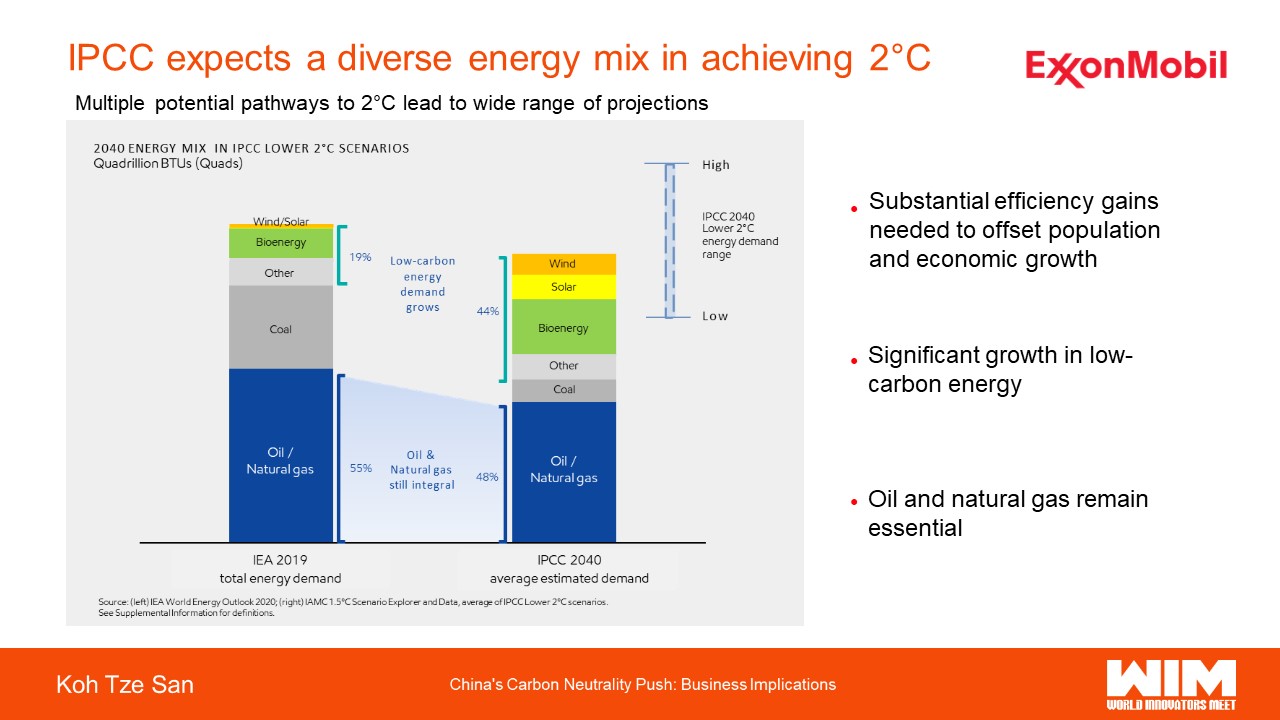 "About 20 years ago, the Chinese government decided to invest in the west-east natural gas pipeline and liquefied natural gas (LNG) import terminals. These investments in infrastructure enabled China to diversify its gas imports and manage energy security risk. 45% of gas has been imported by either gas pipeline or coastal areas in recent years. Unlike the pipeline gas, whose suppliers are limited, LNG offers a more diversified pool of suppliers from all over the world," said Mrs. Koh. By having this kind of diversified supply of gas sources, China can hedge its energy risks, and LNG can continue contributing to China's low-carbon future. 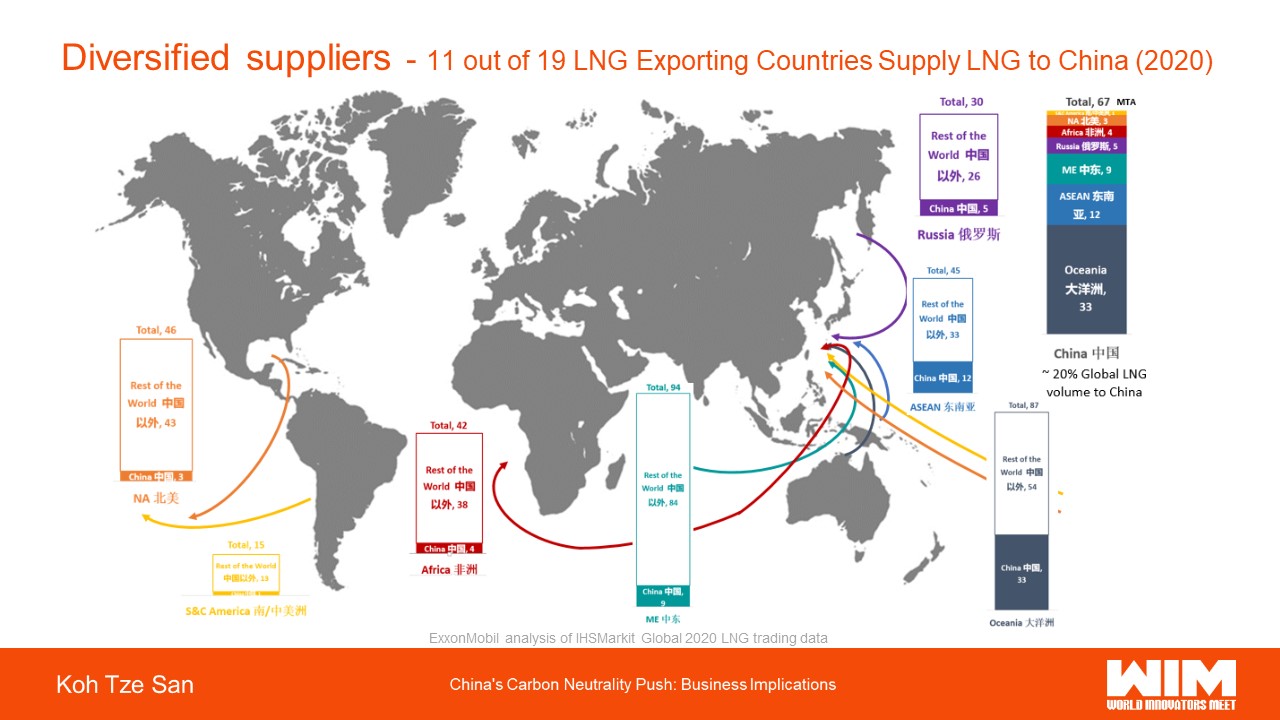 For Koh Tze San's slides and presentation recording, please subscribe to our weekly newsletter: we will be sending them out in the following weeks.