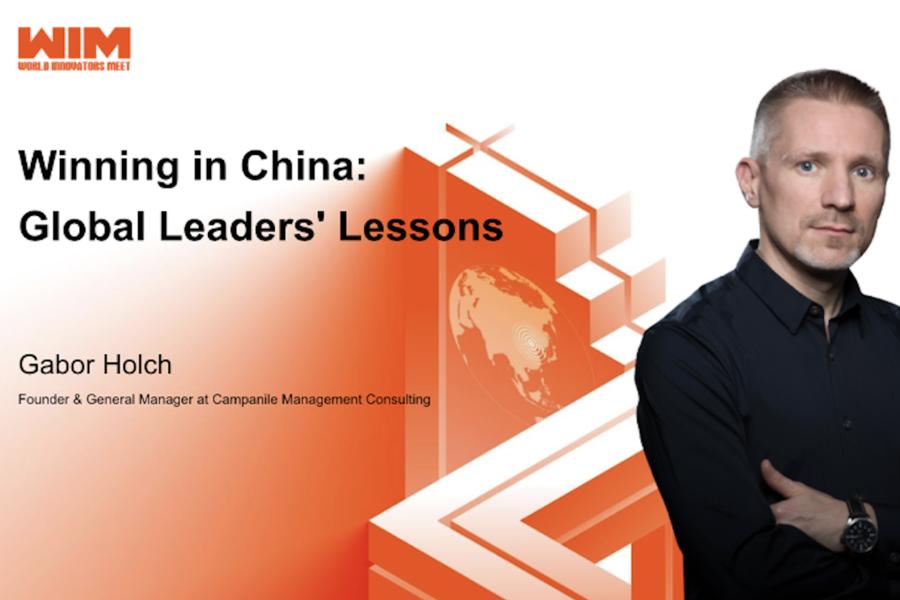 Lately, China has been increasingly relying on its own consumers to boost growth and is becoming less exposed to the rest of the world, leaving global investors with less valuable information to gauge the market and make decisions. Meanwhile, the World Bank has announced its discontinuation of the 'Doing Business' annual reports for future years – this is an influential report that ranks countries on how easy it is to do business there. The decision follows a scandal whereby World Bank leaders were shown to have been pressuring staff to boost China's score. This falling exposure baffles the foreign investors on assessing where to put their money, thus leading to questions: is China an opening or closing country? Is it easy for foreigners to make money in China now? What strategies do successful players use to enter the Chinese market?

On December 10, 2021, at the 'Investing in China' Summit, a part of EqualOcean's World Innovators Meet (WIM2021), these and a few other important questions were answered by Gabor Holch. After depicting and resolving some of the major stereotypes that investors generally hold towards the Chinese market, Holch further suggested several strategies for foreign investors to succeed in the current dynamic and competitive Chinese economy.

Gabor Holch is an intercultural leadership consultant, coach, author and speaker who has served 100+ clients in 30+ countries. China-based since 2002 and working globally, Gabor is a Certified Management Consultant (CMC) working in English and Mandarin, a certified consultant at the management academies of half a dozen global corporations and licensed in major assessment tools including DISC, the Predictive Index, NeuroColor and MBTI.

As a moderately prosperous society, China has continued to promote opportunities for overseas capital. Just a few weeks ago, local authorities in the cities of Beijing and Shenzhen followed those in Hainan – an entire island province that is becoming a free trade zone – in announcing several tax breaks and other business-friendly policies. However, when it comes to the overall operating environment, government procurement policies appear to still favor local businesses over foreign ones. While this created an unprecedented challenge for foreign investment, China's growing middle class and massive market size remain to be a magnet for foreign businesses. Consequently, within such a competitive yet stimulating business environment, future foreign businesses must be flexible enough to fit into the highly dynamic Chinese market.

Historically, China has not been ranked as a popular choice for international investors to initiate businesses. However, its position surged up in 2018, after China started to employ its resources and techniques to improve the specific dimensions that the report measures, leading investors to question if China is as welcoming for international investments as it depicted in the report. Moreover, it has become increasingly hard to acquire a precise and reliable picture regarding the easiness of starting an overseas business in China, after the revelation that World Bank chiefs including Kristalina Georgieva – now head of the International Monetary Fund – had applied "undue pressure" to boost China's scores in the 'Doing Business 2018' report.

To accommodate the classical liberal capitalist economy represented by the large international investments with the Chinese political system, starting from the 1980s, China has created the special economic zones (SEZs), where individual zones are granted more free-market-oriented economic policies and flexible governmental measures. Specifically, local governments have been allowed to leverage tax incentives to attract foreign investors and investments without the central government's approval. From this perspective, China is open and welcoming for foreign investment and businesses.

However, as it grew, China started to decouple from the rest of the world. With the major driver of its economic growth shifting from trade or investment to domestic consumption, China's exposure to the world in relative terms has gradually fallen, thus reflecting the reality that the economy is still relatively closed compared to developed economies.

This conflicting attitude toward embracing globalization is not limited to information exposure. On the one hand, the pressing challenge for foreign entrepreneurs to get visas approved and restricted authorization on foreign businesses in sensitive industries, such as finance and education, have reflected a harsh business environment confronting the overseas capital. On the other hand, the Chinese government has shown increasing support for business related to R&D, renewable energy and artificial intelligence.

How to succeed in this confusing time? 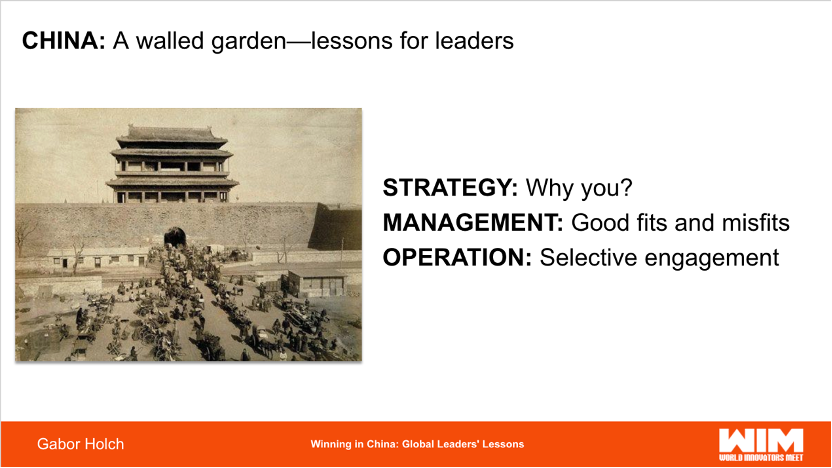 Holch compared the Chinese economy to a walled garden where worldwide information flows in the market but selectively leaks out. This information watershed created under the Chinese authority is a double-edged sword that generates enticing opportunities and unprecedented risks for foreign business simultaneously. New competitive markets offer boundless opportunities for companies with innovative products that cater to the dynamic market demand. Consequently, future foreign business entrepreneurs have to ask themselves hard questions: Why me? Is my product a good fit for the market?

For Gabor Holch's slides and presentation recording, please subscribe to our weekly newsletter: we will be sending them out in the following weeks.