IoT: Key Technology to the Metaverse

EqualOcean NY team is planning EqualOcean's Monthly Webinar Program in 2022 with a 12 different theme. The first one will be Industry Projections for the Metaverse in 2022 and Beyond, for which we invited Henry Wang, CEO and Founder of SmartMesh, as one of the speakers. 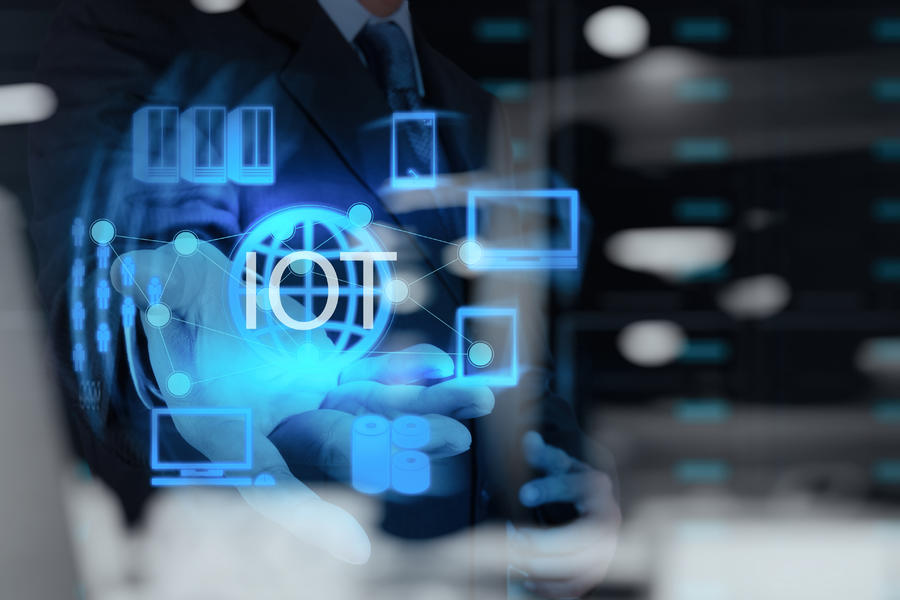 The Internet of Things (IoT) has come a long way from a vending machine and a toaster to smart cities and connected cars. Despite IoT's prevalence today, many people are still unaware of the technology. In the broad term, IoT can be considered a giant network of connected devices, an ecosystem that exchanges data over a wired or wireless network. According to Insider Intelligence forecast, there will be 3.74 billion IoT mobile connections worldwide by 2025 and more than 64 billion IoT devices installed by 2026.

The overall global enterprise spending on IoT grew to USD 128.9 billion, a year-on-year increase of 12.1%. And China, which weathered well against the pandemic with its Zero-Covid policy, has seen its enterprise IoT spending grow by 23.5% in 2020, which was twice the global average. As the impact of the pandemic slowly fades, the IoT market is re-accelerating. According to IoT Analytics, the increasing use of digital technologies will lead to a CAGR for IoT spending of 26.7% between 2022 and 2025. 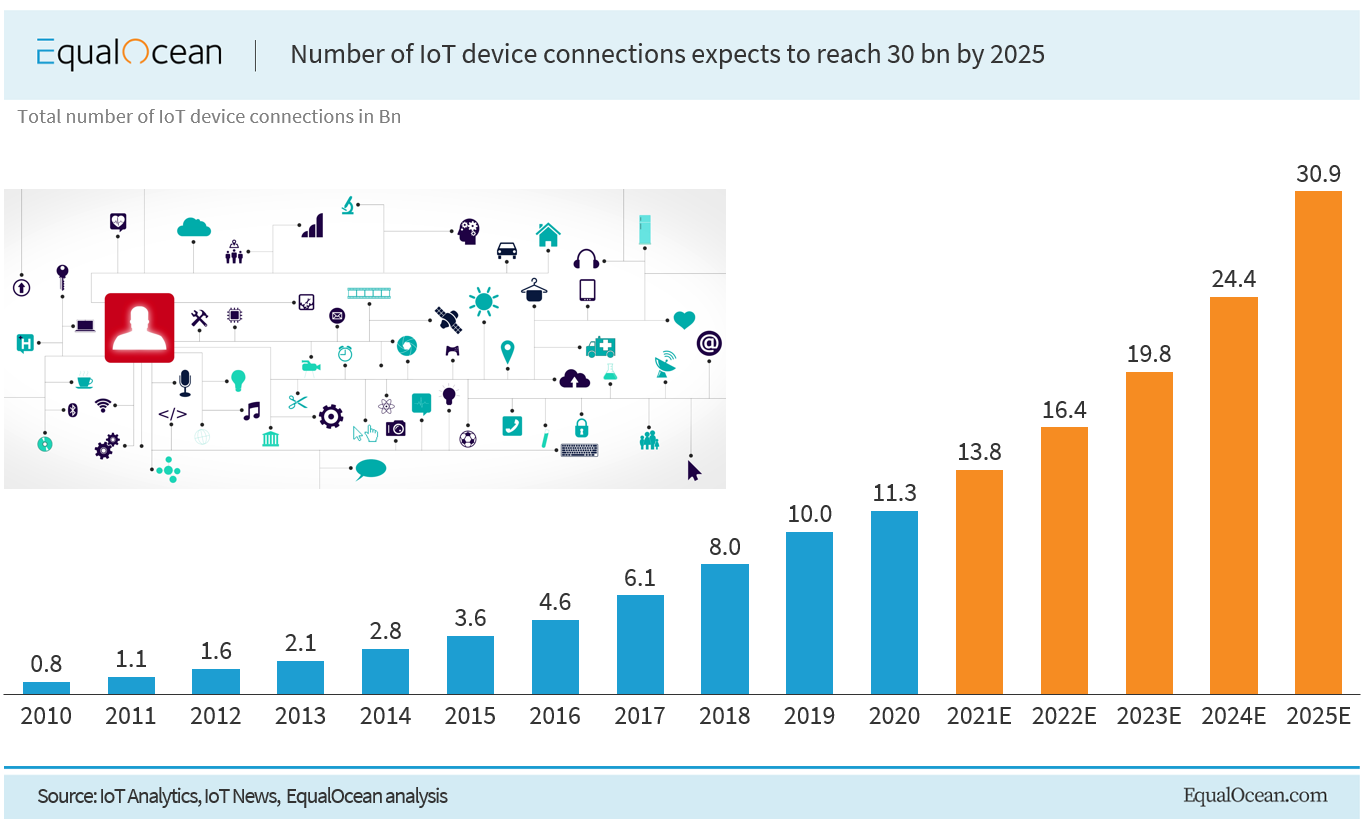 IoT and the metaverse

Metaverse and its immersive virtual environment will increase demand for more advanced IoT architectures. Like many have said, the real hype of the metaverse lies within AR and not VR. The ability to stay interconnected between the virtual world and reality is vital in driving up demand for IoT spending. While the metaverse will blur the line between reality and virtual in the future through XR, it will need to leverage IoT devices such as sensors and wearables (sensor gloves, head-mounted devices, glasses, etc.).

We are delighted to announce that Henry Wang, Founder and CEO of SmartMesh, will be joining EqualOcean's webinar: Industry Projections for the Metaverse in 2022 and Beyond as one of the speakers.

If you want to learn more about the metaverse meeting, here is an extraordinary opportunity for you: EqualOcean NY team is planning EqualOcean Monthly Webinar Program in 2022 with 12 different themes. The first one will be Industry Projections for the Metaverse in 2022 and Beyond, for which we Invited Kevin Vincent, a VP of Global Business from Utopia VR, one of the metaverse meeting pioneers in Canada. The first event will be recorded and uploaded to different platforms, including YouTube, on January 28th, 2022 and be free for interested investors.

EqualOcean holds regular events on a wide variety of topics related to investment and technology. If you would like to be a part of our ecosystem, please reach out to us. Research & Content Lead: Fuller Wang - Zhenduo@equalocean.com/ Business inquiries: Chris Pereira - Chris@equalocean.com 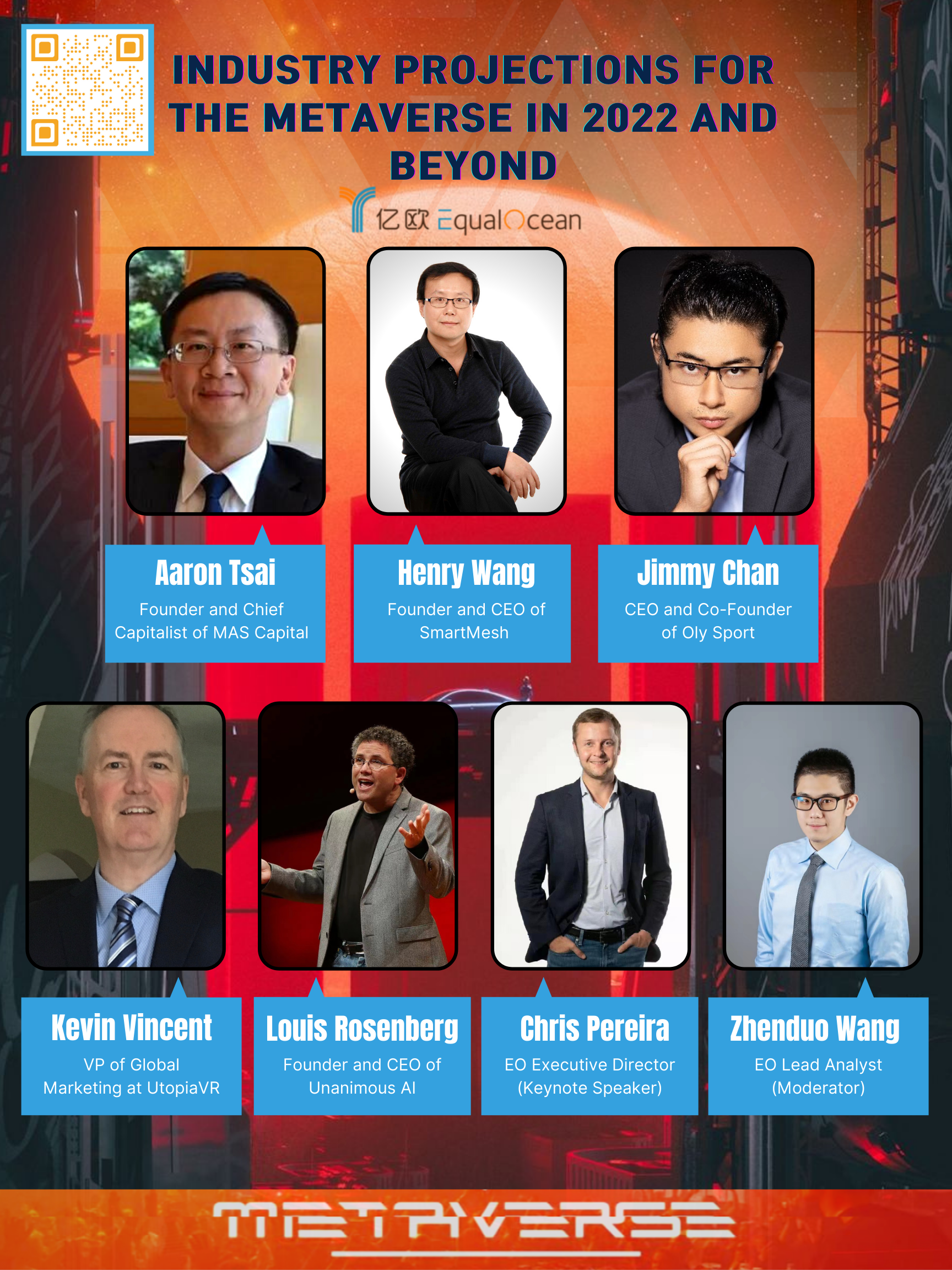