Ever since Didi's IPO in June 2021, the company has been thrusted with assorted investigations in the domestic market. The regulators' actions left the ride-hailing giant's rivals with a rare opportunity to challenge Didi's grip on the market. 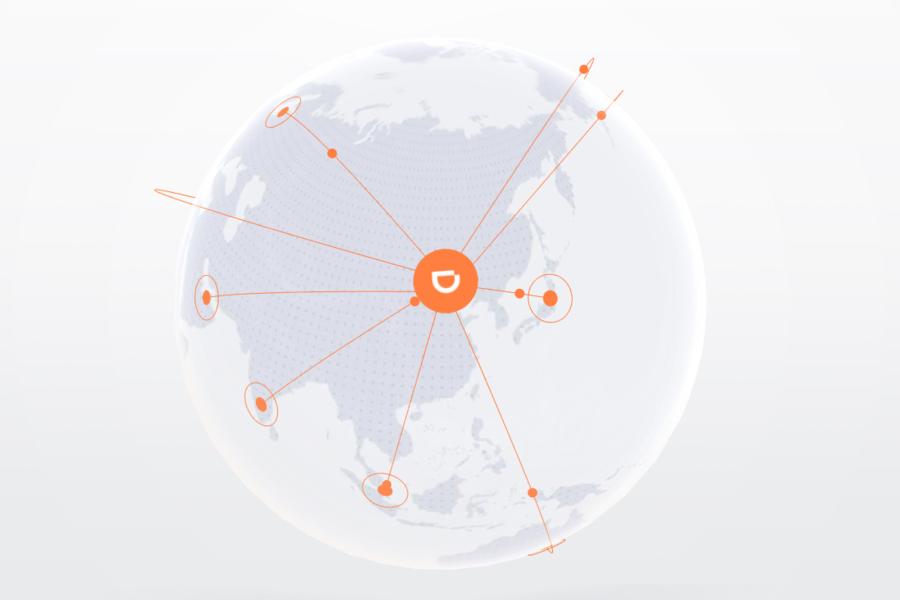 On June 30, 2021, Didi Global Inc., which facilitated 88% of ride-hailing trips in China in the fourth quarter of 2020, went public in New York. This blockbuster IPO, amounting to USD 4.4 billion, was the second biggest US float by a China-based company, after Alibaba, giving Didi a market value of about USD 68 billion.

However, just two days after the listing, the Chinese cyberspace regulator ordered the app to be pulled from the app stores, stating that Didi had committed severe violations in collecting and using consumers' personal information. This act, aiming to block the company from acquiring, new users and drivers, has shattered its value, nearly halving Didi's share price, as of January 24, 2022.

Yet, no further details have been disclosed on what the investigation centers on, where and when the alleged violations occurred, or whether more penalties will be imposed. 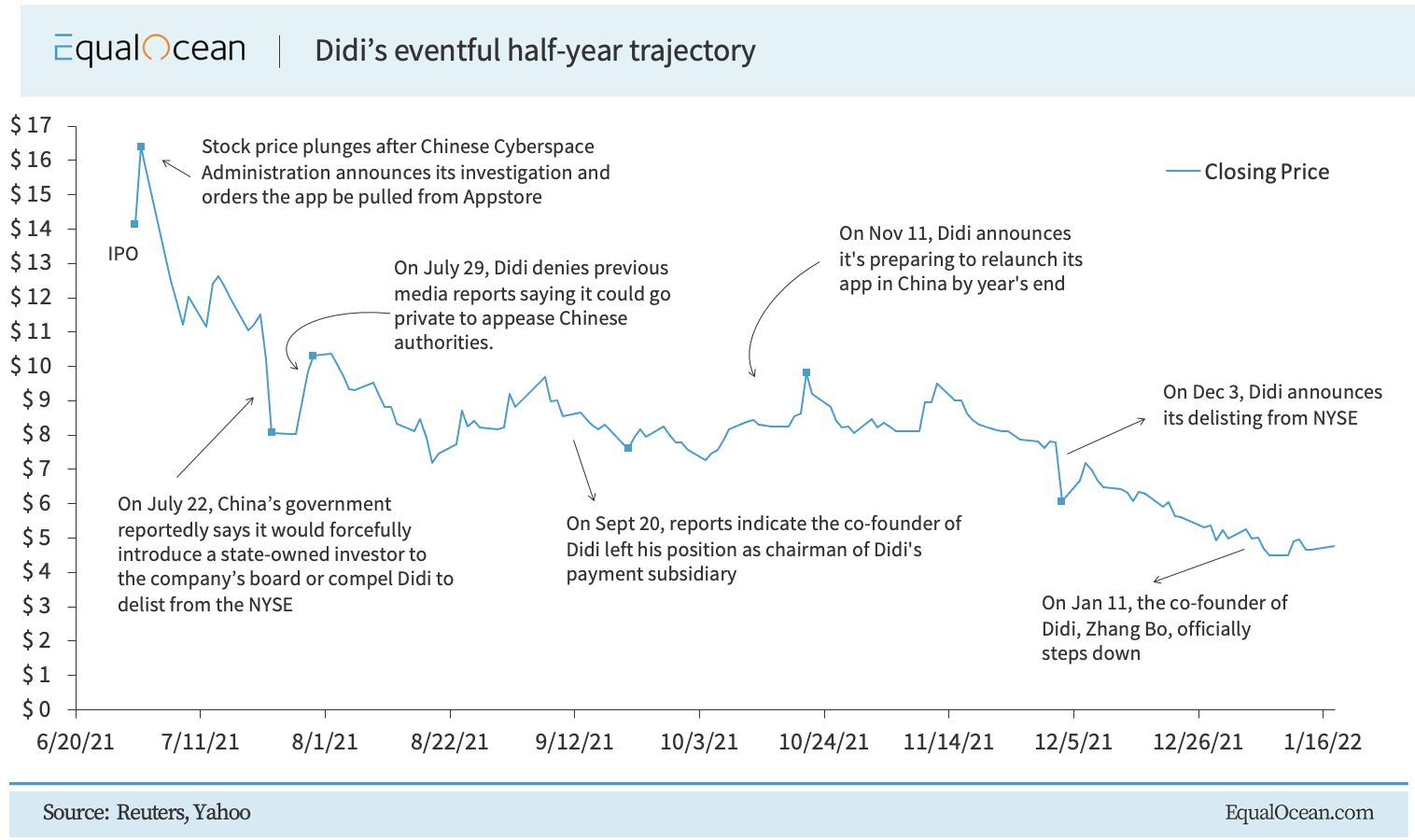 Amid the sweeping regulatory crackdown on the nation's big tech firms, Didi also faces increasing strain from Washington. A few months after the listing, the Securities and Exchange Commission published rules requiring foreign companies to open their books to US auditors or otherwise be delisted from the country's stock exchanges.

Caught in the crossfire, just five months after its public offering, Didi announced its withdrawal from the New York Stock Exchange, planning to list in Hong Kong instead.

On the one hand, if the company moves its shares to Hong Kong, investors will be allowed to transfer their holdings or to keep trading on the OTC basis. Didi has indicated earlier that it would ensure its New York-listed stock is convertible into "freely tradable shares" on another globally recognized exchange. However, further details regarding how and when have not been disclosed.

On the other hand, Didi's public image has been tarnished, as it scrambles to meet the regulators' requirements, giving smaller rivals in the Chinese market a chance to get back in the game. Both the removal of Didi's apps and its continuous operating loss are big "welcome signs" for competitors – an estimated 230 ride-hailing apps currently operate in China.

For example, Cao Cao Mobility, a Geely Technology Group-backed platform, announced on September 6 that USD 589 million was raised from some state-affiliated funds to "accelerate its expansion" and "improve driver safety." Besides, Cao Cao has cut prices for users and increased incentives for drivers in an aggressive marketing campaign.

T3 Chuxing, a two-year-old ride-hailing app backed by three state-owned auto manufacturers and Alibaba, Tencent and Suning, is another challenger that has expanded rapidly to 15 cities, as of January 25, 2022. According to an internal message posted by a T3 employee on Maimai, a LinkedIn-like platform in China, the company appears to have accelerated its expansion plan after Didi's setback.

Unfortunately, it's not just auto manufacturers who are turning up the heat on Didi．It also faces competition from deep-pocketed tech rivals like Meituan and Alibaba. Days after Didi was barred from Chinese app stores, the food delivery giant Meituan relaunched its standalone ride-hailing app with sizeable coupons for passengers and cash rewards for drivers.

With surging competition, while Didi still holds a significant market share, the platform's reign might not be able to last, especially in the face of so many uncertainties looming on the regulatory front.

Didi's history of compliance problems and regulatory scrutiny over its employment of unlicensed vehicles and part-time drivers have long been in the public limelight. Allegedly, only 20%-30% of Didi's core ride-hailing business in China is compliant， with existing regulations requiring three permits, including one relating to the provision of ride-hailing services, vehicle license, and driver's license.. Consequently, setting up effective protocols to manage and ensure drivers' responsibility and benefits can be one of the pressing issues for the company to solve.