Like Lufax, OneConnect, another fintech subsidiary of Chinese insurance giant Ping An, has a good track record in its field given the clear strategy roadmap; although concerns about some old issues, notably over-reliance on an omnipotent parent, linger. 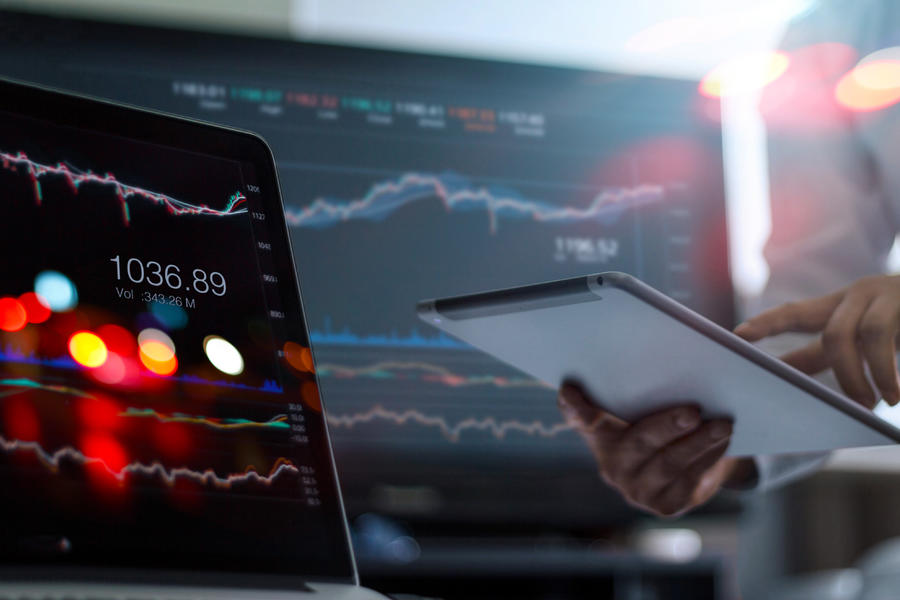 On February 8, 2022, Forbes released the fourth annual Blockchain 50 features companies that lead in employing distributed ledger technology; 14% are Chinese. Aside from Baidu, Alibaba and Tencent, which lead the way in such applications, a few domestic banks with cutting-edge technologies have also claimed their spots, among them are China Construction Bank (CCB) and Industrial and Commercial Bank of China (ICBC) for example. With its subsidiary OneConnect's blockchain financing platform FiMAX, Ping An Insurance (Group) Company of China, Ltd (2318: HK) - the largest insurance company in China - once again made the list.

Founded in December 2015 as an associate of its parent Ping An Group, OneConnect (OCFT:NYSE) was divested after two years, and it was successfully listed under the ticker symbol OCFT on the New York Stock Exchange in 2019.

This technology-as-a-service (TaaS) platform has been committed to delivering technology applications and technology-enabled business solutions to 788 financial institutions, including the USD 5.6 trillion powerhouse ICBC. With its expertise, OneConnect assists clients to improve efficiency, enhance service quality, reduce costs and risks. This five-year-old new player has also expanded into areas such as government, regtech and enterprise services to support the digital transformation of the financial services ecosystem.

Ping An suffered a lot amid the clampdown on Chinese technology companies, losing its status as the Asia-Pacific region's largest insurer by market cap in Q3 2o21 – a position it had held for four consecutive years. The potentially stricter rules and heightened regulatory scrutiny against the company's real estate investment triggered a bloodbath that saw the behemoth's A-share price falling below the CNY 50 mark, a record low.

Uncertainty and fear of the contagion of China Evergrande’s debt woes have further hit the value of its spinoff OneConnect. Its shares plummeted from USD 22.36 to USD 2.47 in 2021, and the annual performance rate touched -88.9%. Even after the new year began, its stock price kept sinking. As of February 10, 2022, the company went down over a quarter from USD 2.51 on the first trading day of 2022 to USD 1.875.

Wall Street gurus currently gave a consensus rating of "overweight" for OCFT, as a result of the promising growth in the digital transformation of China's financial industry and in the blockchain field. Specifically, two analysts out of four who provided opinions on OneConnect declared the stock a "buy," while one rated it as "hold," and the other as "underweight." 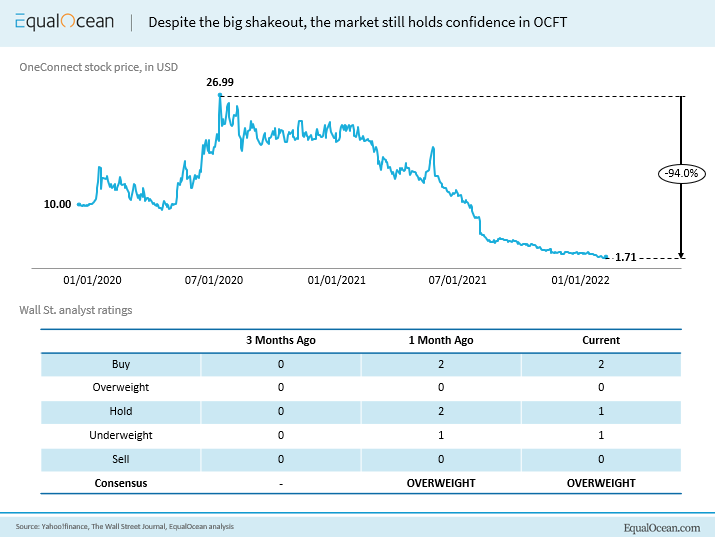 In the latest reported quarter, OneConnect witnessed a steady growth in revenue, rising by 20.8% year on year to CNY 1065 million; a gross margin of 35.5% held slightly better than the second quarter. Among the various solutions, the cloud services platform was the biggest driver of this quarter's robust performance. Launched in 2020, it now made up 28.5% of OneConnect's total revenue. Another major contributor was revenue from risk management services, which increased 18.2% year on year to CNY 113 million from CNY 95 million, reflecting an expansion in demand. However, revenue from business origination services decreased to CNY 115 million from CNY 130 million, due to the change of operating environment and product optimization. 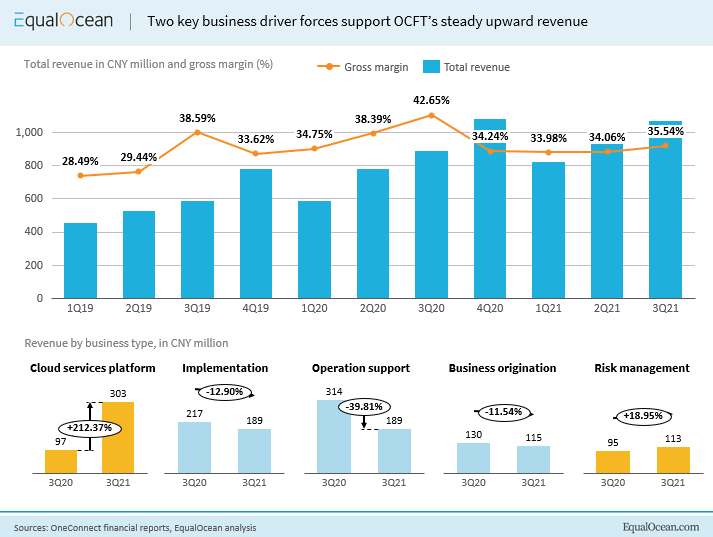 In addition, although the contribution of non-Ping An-ecosystem clients was only 33% in Q3 2021, it was encouraging to see early signs of third-party revenue starting to pick up. For example, third-party customers' revenue rose by 16.1% year on year to CNY 351 million. In sum, Ye Wangchun, chairman of OneConnect, assessed this quarter's achievement as "solid."

Path dependence has become an unavoidable problem; in fact, it is not uncommon for giants' subsidiaries to fall into a similar pattern. They include JD Health (6618:HK), Alibaba Health (0241:HK) and Ping An Good Doctor (1833:HK), to name but a few. 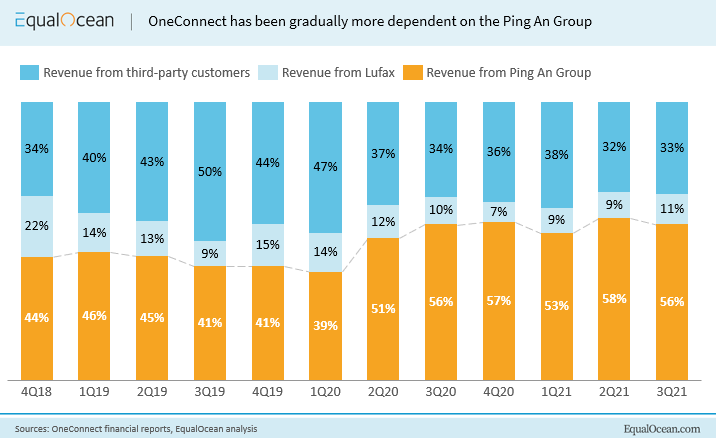 With privileged access to business resources brought by its parent Ping An Group, OneConnect seems to be in its element. This over-dependence has been salient since the second quarter of 2020, when the revenue from Ping An Group exceeded 50% of OneConnect's total revenue for the first time. Then in the most recent financial quarter, OneConnect's financial report depicted an ever-deepening trend of over-reliance. The revenue from its parent company continued to hover around 56%, although it dipped slightly from 58% quarter on quarter. After adding the income from  Lufax (LU:NYSE), Ping An's other fintech spinoff, OneConnect's overall reliance on Ping An has risen to an all-time high of 67% in Q3 2021. This has always been a source of concern for the market.

Undoubtedly, OneConnect, the star fintech player, has proven to be smart enough to ride the digitalization wave in the industry. Meanwhile, as it further expanded its reach into overseas markets, notably Indonesia and other Southeast Asian nations, OneConnect is set to keep leveraging its parent company's experience of over 30 years in financial services and recover at a faster pace. After a volatile year for Ping An, we are looking forward to its yearly performance announcement to see if the Q4 results would end a year's ups and downs on a note of relative optimism.