Ranging from self-ordering to ghost kitchens, a new digital landscape has rumbled through classically decorated restaurants with East Asian motifs and beckoning waving lucky cats. But this shift has not altered the sophisticated and banding sentiments that bring up the nostalgic reminder of years past. A wide spectrum of digital devices has therefore unveiled eye-opening market potential; giving rise to novel customer experiences and steering consumer behaviors as a result. 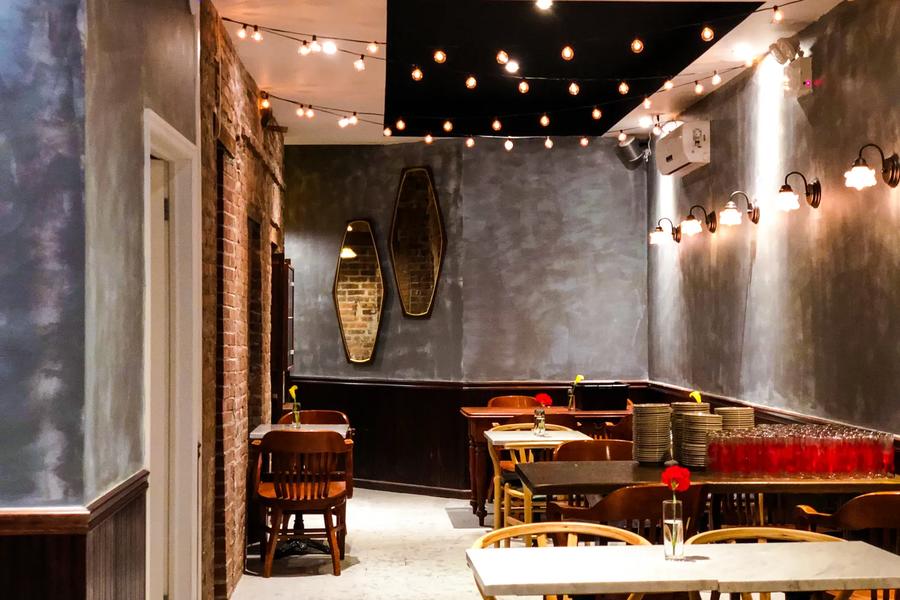 Though 'Digitalization' is not an unfamiliar term for millions of restaurant owners worldwide, the overwhelmingly familial and multi-generational industry continues to be predominantly comprised of conventional businesses that only provide dine-in services.

Despite COVID-19 igniting concerns for those who refused to go digital, a new set of online delivery aggregators have facilitated the red-hot food delivery business, as well as accelerating breakthroughs in the contactless payment and online ordering markets. Last year, the global interactive kiosk market had a bearish valuation reaching USD 28.34 billion and is expected to exceed USD 45 billion in 2028.

Compared globally, China and East Asia occupied a large share of the contactless payment market, amounting to USD 313 million while North American regions carved up to USD 194 million in 2021. Long before the COVID-19 pandemic hit, online ordering was already gaining much ground in China with seamless payment integration provided by WeChat, Alipay, Meituan, and other platforms.

From 2015 to 2020, the digital payments penetration rate among China's mobile internet users jumped from less than 60% to over 85%. The growing number of downstream businesses has been synergized with the increasing market penetration rate in suburban areas. Along with other new consumption habits, more restaurants have launched new services, including group ordering, fresh food delivery, and community catering. 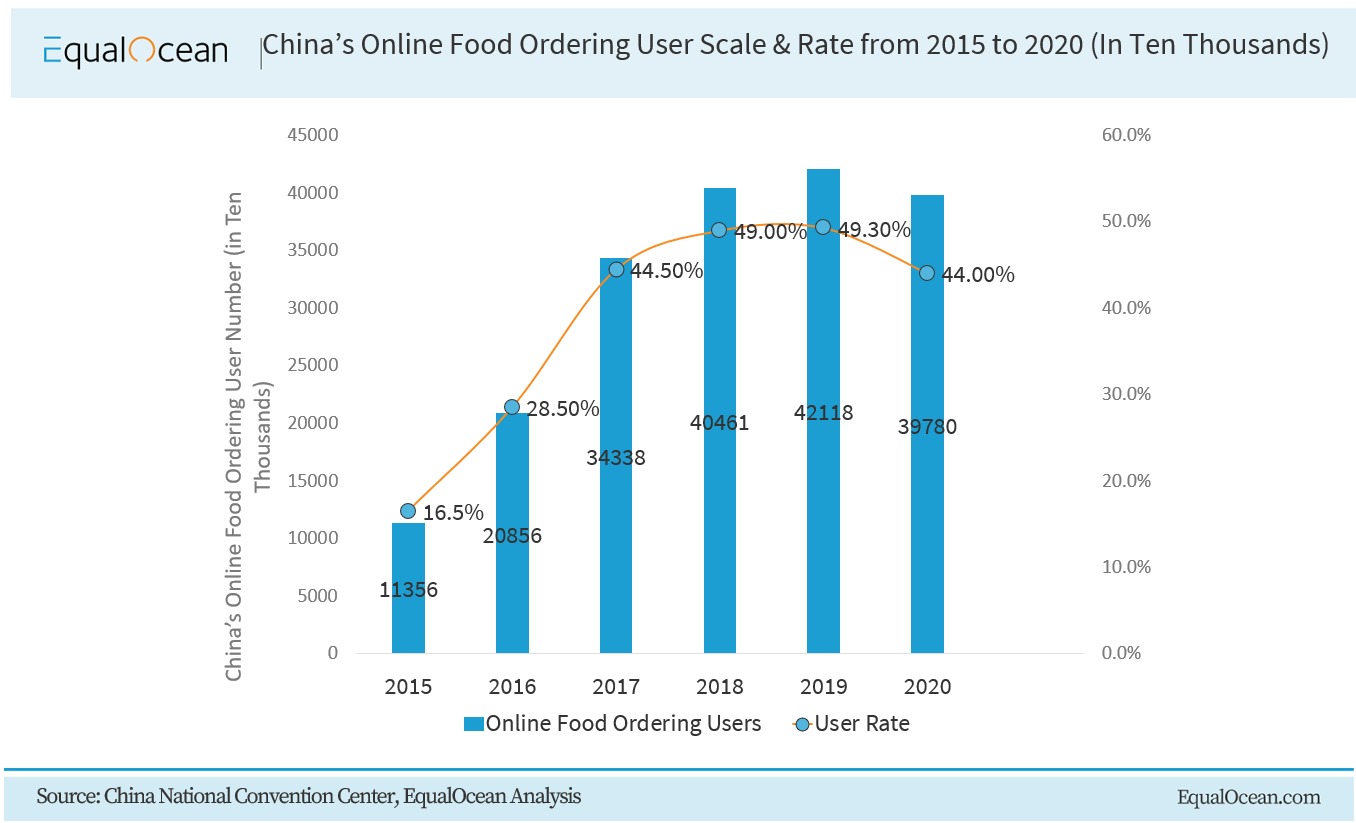 Imagining foods with digital devices may sound less tempting than they are by nature. In the heady early days of Chinese restaurants, they chose digitization as a path to survive and succeed, alongside their passion to deliver authentic national cuisines to tables even in the beleaguered neighborhoods.

In the winter of 2015, award-winning owner Ning (Amelie) Kang opened the first door of Málà Project (麻辣计划) in East Village of the New York City. In 2020, she was awarded Forbes 30 under 30  as an outstanding female entrepreneur. Two years later, the restaurant has a second location in Bryant Park to serve more customers. In November 2021, it opened a third location at 53rd St.

The restaurant is a Michelin Bib Gourmand Recommended Chinese restaurant featuring MaLa dry pot, an integration of traditional Chinese herbology and spices to offer the unique dish and embrace the cultural diversity in Manhattan. The restaurant's signature dishes are primarily inspired by the well-known regional cuisines of Szechuan and northern China.

Bringing authentic Chinese cuisines to the table reminds Amelie of her family gatherings and Chinese cultural heritage. A better systemization in business operations and deep-rooted food cravings have driven her to open a restaurant focusing on the dry pot after graduating from the Culinary Institute of America.

"Dry pot is a specific dish popularized in the 90s in China. I grew up eating it once a week with my family. When I came to the U.S. in 2010, I realized that I can't really get dry pot in Manhattan," said Kang.

Based on its nature, dry pot tends to fit perfectly with the fast-paced lifestyle in contemporary society and has been a new dish popularizing in recent decades. Because New York is a city that never sleeps, New Yorkers are beyond exhilarating to have this dish to accommodate their appetite even on the busiest day. Kang stated that she has been witnessing a rising digitization trend in the restaurant industry in recent years.

"We do use almost all third-party delivery platforms and our website for people to order food," said Kang, "The POS system has been upgraded a lot lately. In recent years, POS systems came along with more options for restaurants to choose from."

On the delivery side, there are companies that provide delivery teams and GPS trackers for orders. Due to the pandemic, restaurants have QR codes for ordering food and placing payments. Aside from mainstream U.S. food delivery platforms, such as Grubhub and DoorDash, Kang explained that her restaurants also use Asian food delivery services like Chowbus, Rice Bowl, and HungryPanda exclusively for Chinese customers.

"In the future, we are definitely trying to expand our business because of the uniqueness of dry pot. It is easy to systemize it. We see major cities, like Boston, San Francisco, and LA, that have big markets," said Kang.

Having founded the restaurant in 2007, owner Han Chiang labels Han Dynasty as a mother-son restaurant focusing on Szechuan food. After getting the first cash basket from his mother, Han has been inspired by her entrepreneurial spirit and decided to start his own business.

When Han moved to the United States at the age of 13, he was first exposed to a community with a lack of Asian presence in Lancaster, Pennsylvania. Unlike typical dine-in restaurants, Han has a charismatic personality bringing joyful conversations with his customers. Through these social interactions, he intends to play a role in educating the public about Szechuan food and Chinese culture.

With a special addiction to spice, he said that Szechuan food was always in his house while growing up. Currently, Han Dynasty has six locations in Pennsylvania and four restaurants in New York City, respectively. Some glaring-red dishes, such as tongue-numbing Mapo tofu, have stretched the restaurant's guests waiting for lines to go beyond the street corner. As a restaurant soaked with Chinese traditional heritage and regional flavors, Han Dynasty truly indicates the culture ingrained in the tasting buds.

An active user of the majority of food delivery platforms, Han explained that digital services are now keys for restaurants to survive under fierce competition.

"If you don't use these digital platforms, you will miss many business opportunities," said Han, "When I first ran the restaurant, I would say 90% of take-outs were ordered through phone calls. Now there are only 30% in that portion while 70% of people ordered from third-party delivery apps."

Different from the overly positive statements about the digitization trend in the restaurant industry, Han said that restaurant technologies still need improvements. For instance, robots cannot replace the cooking process in making complicated Chinese dishes. Regarding the POS system, Han explained that restaurants have dynamic needs for more functions. Currently, his restaurants are using Toast's POS system to save time for manually inputting order information from consumers to the kitchen.

"With Szechuan food, it is a lot more complicated for robots to cook our food. The technology is still years early," said Han, "For the POS system, I need different functions and have not yet received the help I need. I hope technologies keep on improving to help on the restaurant end."

In describing his encounters with hardships caused by the pandemic, Han revealed that particularly with respect to the current labor market conditions are not conducive to success for large hospitality establishments. This realization has thus ignited his decisive shift to an approach of focusing on small restaurants. Two months ago, Han Dynasty opened a small ghost kitchen in midtown of New York City. With over 90% of orders from third-party online delivery platforms, this ghost kitchen applies to a complete digital ecosystem without traditional walk-in restaurant settings.

The quick adoption of digital technologies can speed the transformation of the restaurant industry and make it far more resilient on various levels. When a digital ecosystem is meant to provide another protection shield for struggling offline businesses, restaurant owners are using third-party online delivery platforms and other technologies to carpet large business areas and intricate operations. Although all conditions seem ideal in the digitization trend, owners have expressed unsatisfied needs for technologies to be improved in terms of functions, which should evolve to tolerate more dynamic business scenarios.