The second quarter of 2022 has just passed, and the S&P 500 has declined almost 20%. At the same time, the Sino-US trading war was upgraded to a higher level during the period. Most China concept stocks, under such an environment, are struggling and trying to find ways to break through. EqualOcean picked 30 mid-cap China concept stocks and analyzed their strategy and estimated performance before the upcoming earning reason, to help our investors find investment targets.

In 2021, Hutchmed completed strong top-line sales in the Oncology and Immunology segments. According to its FY 21 consolidated statement, revenue from Oncology and Immunology marketed products increased 283%, to USD 76 million. Oncology and Immunology R[sl1] &D revenue increased by 320%, reaching USD 43 million and bringing total revenue to USD 356 million. Despite significant growth in the top line, Hutchmed is still losing money, and we expect the loss to continue in the coming quarter due to substantial R&D and selling, general, and administrative expenses. According to Hutchmed's FY 2021 interim report, revenue increased by 47% year-over-year in the first half of 2021, while operating expenses increased by 63%, resulting in a 105% decline in net income. Hutchmed, like other biotech firms, incurred significant upfront costs in exchange for rapid revenue growth, resulting in a substantial loss. Hutchmed's revenue growth would be boosted by AstraZeneca's milestone payment for Orpathys, approval to commercialize Elunate in Macau, and Tazverik's approval in the Hainan Pilot Zone. The Holding Foreign Companies Accountable Act, on the other hand, and the FDA's rejection of surufatinib for the treatment of pancreatic and extra-pancreatic neuroendocrine tumors posed risks in the short term. Hutchmed's second-half revenue is expected to be USD 200 million.

I-Mab is a pharmaceutical company that focuses on unmet oncology needs. It has more than ten pipelines in development, including Felzartamab TJ202, a differentiated CD38 antibody that has reached the biologics license application stage. I-Mab's revenue fell by 96% in FY 21 due to a decline in licensing and collaboration revenue, reaching USD 14 million. Research and development expenses increased by 26.12% to USD 190 million, representing 13.78x of total revenue, and that figure was 0.63x in 2020. Because of the shrinking top line and rising R&D costs, the operating loss increased to USD 325 million.

I-Mab's top line increased dramatically in 2020, owing to its collaboration with AbbVie on lemzoparlimab. We anticipate this collaboration will be fraught with uncertainty because the follow-up payment is contingent on the development's success. On the other hand, recent management structural changes and rumors of the company selling its core business have priced in, and the company's next move could make the share price more volatile. On the plus side, I-Mab's collaboration with MorphoSys on Felzartamab and TJ210 could be a significant revenue boost. We expect I-Mab's revenue to reach USD 2 million.

Full Truck Alliance is an innovative Chinese logistics service provider aiming to improve delivery efficiency and lower logistics costs. The resurgence of the COVID-19 epidemic and the logistical slump slowed FTA's Q1 2022 net revenue by 6.3% sequentially, reaching USD 210 million. Operating losses have shrunk significantly to USD 39 million, representing an 81.3 % month-over-month decrease. Even though both net revenue and operating income were hit hard, we see a 53.6% year-over-year increase in net revenue, indicating a strong growth potential. FTA forecasts net revenue of USD 232 million to USD 244 million in Q2 2022, with a CAGR of 39.4% to 46.6%. They believe that digital transformation in the logistics industry is unavoidable, and they are optimistic about the coming quarter because the logistics sector will recover once the epidemic is under control and more supportive policies are implemented. Our forecast is consistent with FTA's forward guidance, indicating approximately USD 240 million in revenue in Q2.

China Eastern Airlines Corporation Limited (CEA) is one of China's ‘Big Three’ airlines and the country's second-largest carrier by passenger volume. In 2021, the company has a fleet of 758 passenger planes with an average age of 7.7 years, making it the airline with the youngest and most advanced fleet. Due to the consistently depressing domestic traveling market caused by the pandemic's resurgence and the March crash, the company's Q1 2022 revenue was down 5.45% compared to the previous year and 13.4% sequentially. The company's net loss attributable to equity holders increased to USD 1.17 billion (CNY 7.60 billion). The cash flow from operations fell to USD 614 million. As the epidemic was contained, we expected travel demand to recover in the next half year, but the resurgence would remain the primary threat to the airline's business. Aside from that, rising fuel costs are putting a strain on the company's bottom line, with operating expenses increasing 7.6 % year-on-year. We estimate CEA's revenue in Q2 2022 will be around USD 1.5 billion. 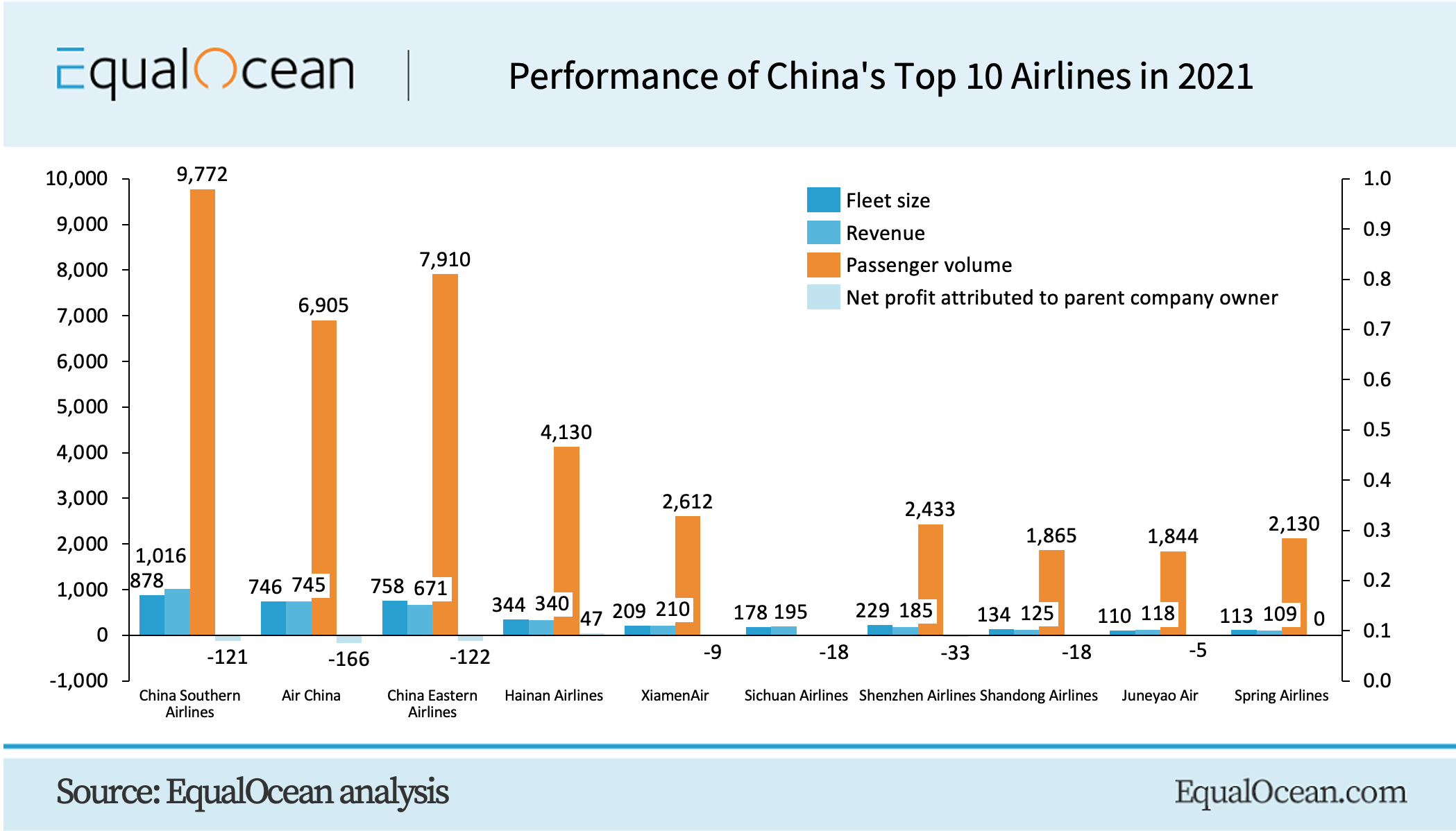 In China, RLX Technology Inc is a leading electronic cigarette (vape) company. According to the FY 21 financial statement, RLX's net revenue increased 128% to USD 1.34 billion, and operating income increased by 178 times. The company recovered from net losses of USD 20 million in 2020 and reported a net income of USD 318 million in 2021.

Due to the resurgence of the COVID-19 epidemic in Q1 2022, RLX has temporarily closed its Shenzhen factory, resulting in a production slowdown. The company is also facing significant headwinds due to the recently issued e-cigarette regulations, which aim to straighten out the e-cigarette industry. Because of regulatory and epidemic effects, RLX's net revenue fell by 9% month over month, totaling USD 270 million. Operating income increased by 17.4%, and net income increased by 40% month-over-month to USD 108 million.

In comparison to the previous quarters, EPS increased to 0.53. We anticipate that the RLX will maintain its momentum in Q2 and generate USD 290 million in revenue, as the regulatory impact is limited at this time, and the company states that it is actively applying for the necessary permits and approvals following the guidance. Moving forward, rising costs for lithium cobalt oxide, a vital component of the electronic vapor battery, would put additional strain on RLX's finances.

New Oriental, a Chinese educational services provider and the largest private educational company was founded in 1993. New Oriental is listed on the New York and Hong Kong stock exchanges. New Oriental's net revenue fell 48.4 % in the most recent quarter, Q3 2022, reaching USD 614 million. The company's net profit attributable to equity holders falls by 180.9 %. By February 28, 2023[sl2] , the company will have closed 778 facilities, leaving only 847 of the 1,625 facilities that were operational a year ago.

On the other hand, the company reports a 30.7% decrease in operating expenses, a 40.0 % decrease in marketing expenditure, and a 26.6% decrease in General and Administrative Expenses. The company was forced to undergo a significant structural change and expand to live streaming marketing due to the epidemic and the implementation of a double reduction policy, which aimed to reduce the burden on students and parents from homework and off-campus training. Last November, New Oriental suspended its K9 tutoring operations, which accounted for 50% to 80% of its revenue. As the restructuring nears completion, we expect New Oriental's net revenue to reach USD 600 million in the coming quarter.

TAL Education Group, founded in 2003, is a Chinese provider of innovative learning solutions. Net revenues fell 60.3% yearly to USD 541.2 million, down from USD 1362.7 million the previous year. Operating income was USD 0.6 million, compared to a loss of USD 297.2 million in the last year's same period. The net loss attributable to TAL was USD 108.1 million, compared to a net loss of USD 169.0 million in the same period the previous year. TAL Education Group, like New Oriental, was caught in the crossfire of the double reduction policy, and their business suffered greatly. The company was forced to discount its K9 tutoring services and lay off employees, similar to what New Oriental did. Aside from entering the Livestream E-commerce market, TAL Education is entering a sinking market where students have less access to quality education off-campus, which could be a key catalyst for TAL in the post-policy business. On the plus side, TAL has sufficient cash, cash equivalents, and short-term investments totaling USD 2708.7 million to cushion its results. We anticipate that TAL's revenue in the first quarter of 2023 will be USD 350 million. 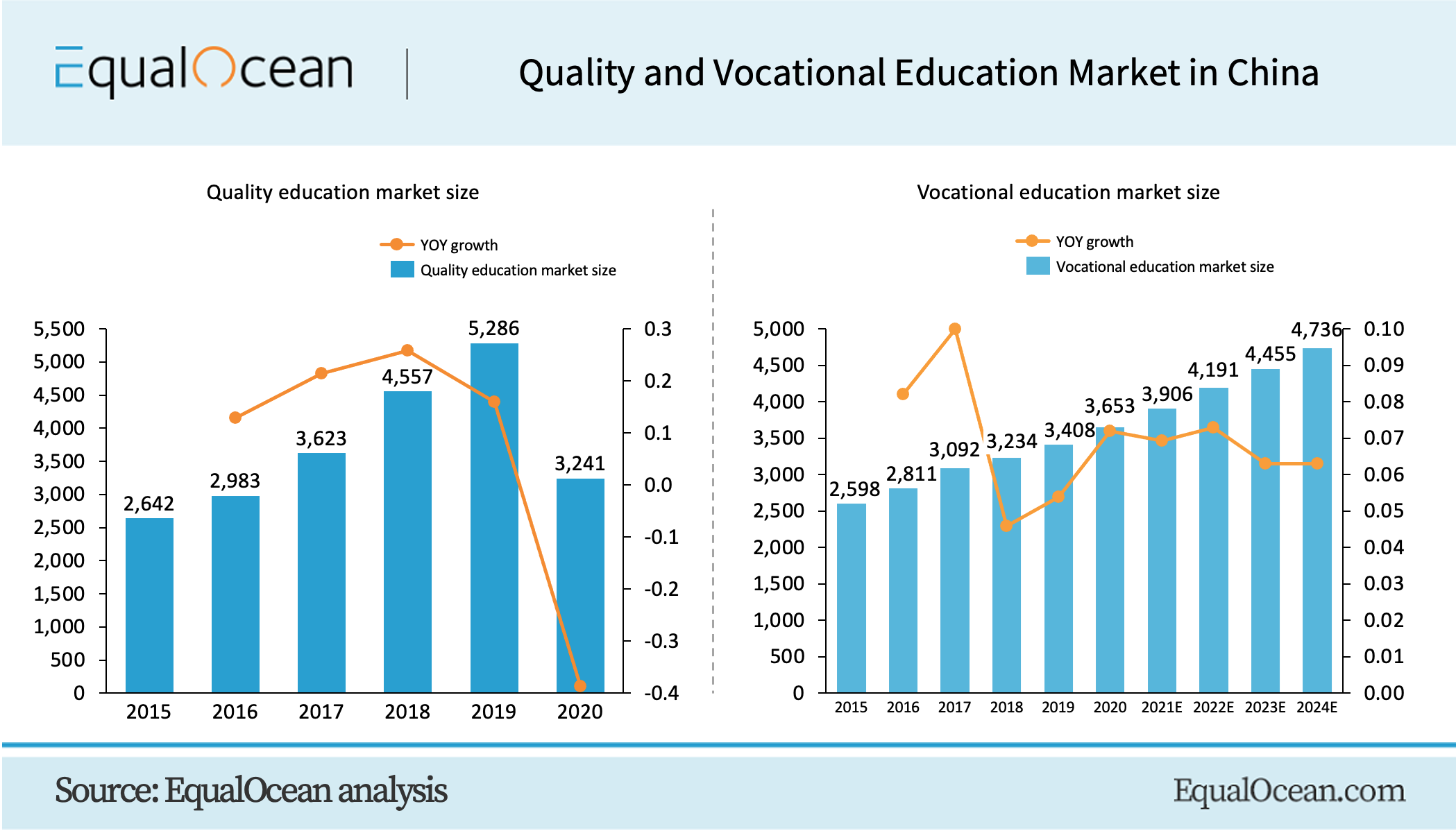 Huaneng Power International, Inc. is one of China's largest publicly traded power companies. Its Domestica power plants are in 26 provinces, autonomous regions, and municipalities. In addition, it wholly owns an operating power company in Singapore and invests in a Pakistani power company. Huaneng's revenue increased by 30.73% yearly, from USD 7.54 billion to USD 9.8 billion. The operating loss was USD 146.3 million, compared to the operating income of USD 751.5 million in the same period last year. The company reported a net loss of USD 168 million in the first quarter of 2022, compared to a net profit of USD 618.8 million the previous year. Huaneng's plants are powered by thermal energy 85% of the time and new energy 15% of the time. The entire sector performed poorly last year due to the rising cost of coal, an essential component of thermal power. Aside from that, shifting to more renewable energy poses challenges to its current business structure, which relies on 85% of thermal power. We expect the July coal price increase to pressure the bottom line and revenue to fall to around USD 9 billion.

China Southern Airlines is China's largest airline, founded on July 1, 1988, and one of China's ‘Big Three’ airlines. In Q1 2022, the company's total revenue increased by 0.7% yearly to USD 3.24 billion from USD 3.21 million. Because of the 4% annual increase in operating expenses, the operating loss increased to USD 893.3 million, up from USD 816.16 million the previous year. The net loss increased to USD 685.65 million. Like China Eastern Airlines, the slumping demand caused by the epidemic is one of the critical factors that the airline's company bottom out in the first quarter of 2022, and we anticipate that the situation will be under control, the airline will be able to resume their business. Increasing jet fuel prices have impacted operating costs – fortunately, the effects have stabilized due to a higher passenger load factor compared to its peers. We forecast that China Southern Airlines' Q2 revenue will be around USD 2 billion if the epidemic continues, and demand remains weak.

Zai-Lab is a leading Chinese pharmaceutical company specializing in oncology, autoimmune disorders, infectious diseases, and neurological disorders. Its primary business is drug research and development. Zai-revenue Lab's increased by 129.3% yearly to USD 46.1 million in Q1 2022, from USD 20.1 million in 2021. Expenses fell dramatically from USD 230.9 million in Q1 2021 to USD 53.9 million this quarter, and operating losses narrowed to USD 79.8 million, compared to USD 227.1 million last year, due to a sharp decrease in R&D expenditure. The decline in R&D expenses was primarily because no new upfront license fees were incurred in the first quarter.

The company expects R&D and SG&A expenses to increase to support its ongoing clinical trials. Aside from that, Zai's Q2 growth will be fueled by Breakthrough Therapy Designations of Repotrectinib in China and Tumor Treating Fields Meets Primary Endpoint for First-Line Treatment of Gastric Cancer. Its revenue for the second quarter is expected to be around USD 55 million. 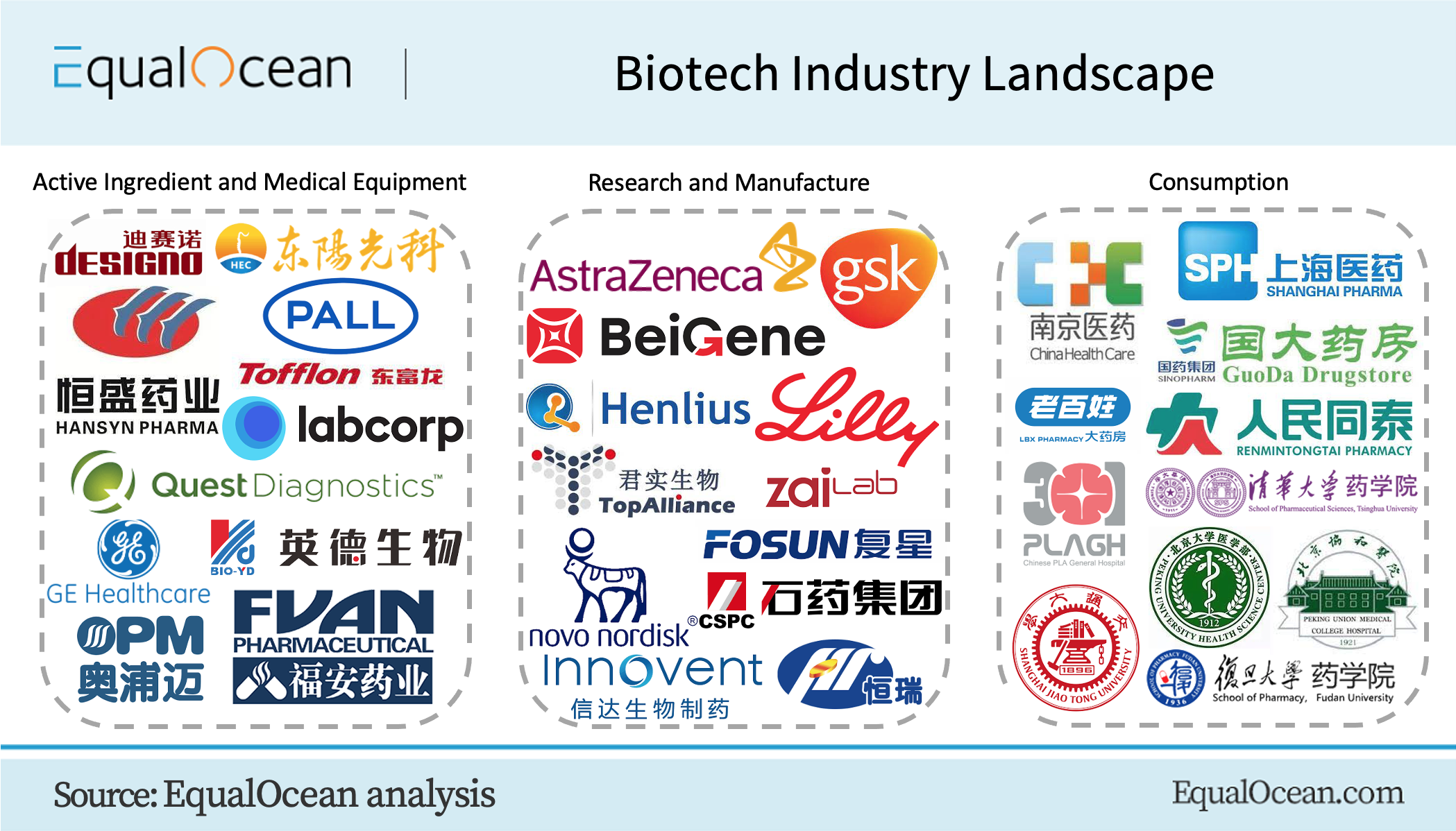