A Year After Shock Legistlation, How are Education Companies Doing?

Companies affected by harsh policies are responding actively in a variety of ways. 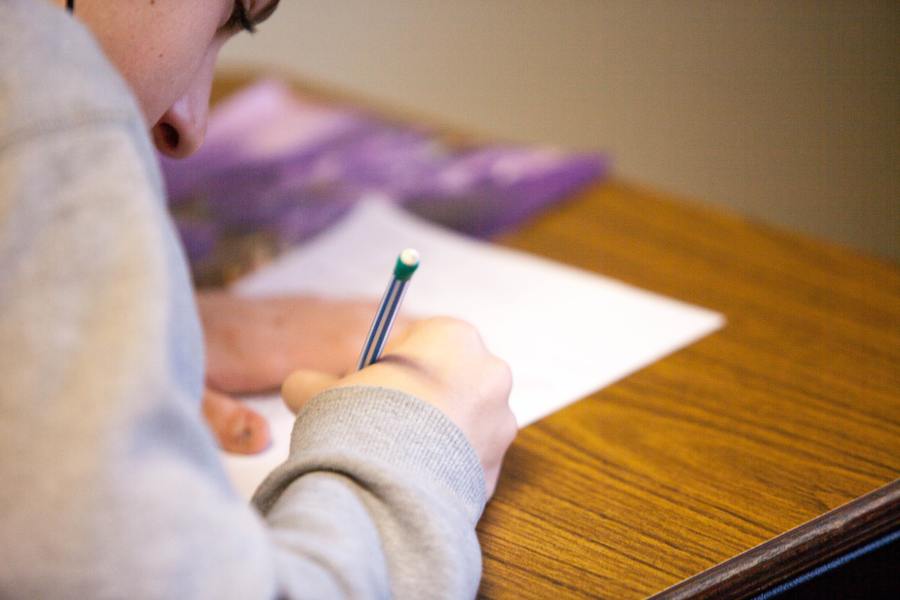 The summer season, which should have been the focus of the education industry, has become a cooler season for business amid the impact of the ‘double-reduction’ policy imposed by China’s Ministry of Education.

It has been a year since the policy was formally introduced in July 2021, and the reaction is particularly obvious at the market level, with shares of publicly-listed companies in the industry, such as New Oriental Education (9901:HK, EDU:NYSE), dropping to explore their bottom points. The long-established language learning brand Wall Street English (Chinese: 华尔街英语) was also overwhelmed and filed for bankruptcy.

Examining the players in the industry, all of them experienced the impact of the policy to a certain extent — the private tutoring sector suffered the most.

For instance, the revenue for New Oriental Education decreased by 56.8% year-on-year to USD 524 million for the fourth quarter of 2022. The company noted that "the decline was mainly due to the cessation of K-9 academic after-school tutoring services in order to comply with the government policies in China." The significant decrease in revenue also directly led to a change from profit to loss in this fiscal quarter, where the firm reported an operating loss of USD 141.2 million, compared with an operating profit of USD 101.5 million in the same period last year.

Another major player, namely TAL Education Group (TAL:NYSE), has also struggled in the face of restrictions on for-profit education. According to its unaudited fiscal report for Q3, net revenues dropped by 8.8% year-over-year to USD 1.02 billion. This also marked the first single-quarter decline for the company in the last four years. Besides, TAL Education Group's market valuation once reached USD 58 billion in 2021, compared with merely USD 3.17 billion as of July 26, 2022. On the other hand, the impacts are being felt by employees as well. An anonymous insider who worked in the English teaching unit told EqualOcean that the firm began to lay off employees for all subjects in November 2021, with redundancies being carried out in three batches. "There is a sense of unease and panic in TAL." She also said that "the entire process was relatively fast. In the end, over 80% of employees (in our unit) were laid off through the 'N+1' compensation package." 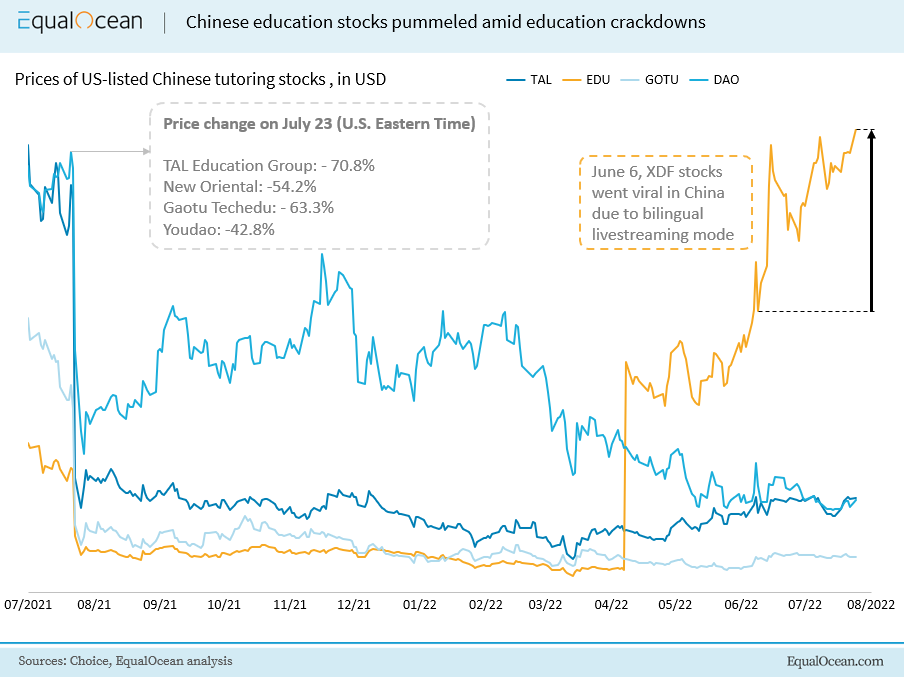 An Up-to-date Picture: There is hope

By the end of 2021, all the Chinese educators had ceased offering after-school educational services to students in the compulsory stage of the Chinese education system, or normally known as K9 Academic AST service; while for core school subjects, it is also banned providing tutoring courses on public holidays or weekends.

This is a heavy blow to listed education institutions, for sure, with "material adverse effect on company's business, financial condition and results of operations for the fiscal year ending February 28, 2023 and subsequent periods" as stated by TAL in its 2022 annual report.

Under such a rigid regulatory environment, how these education institutions can find their way out and achieve success under the premise of compliance become the most concerning lines for investors. However, there also lie opportunities. 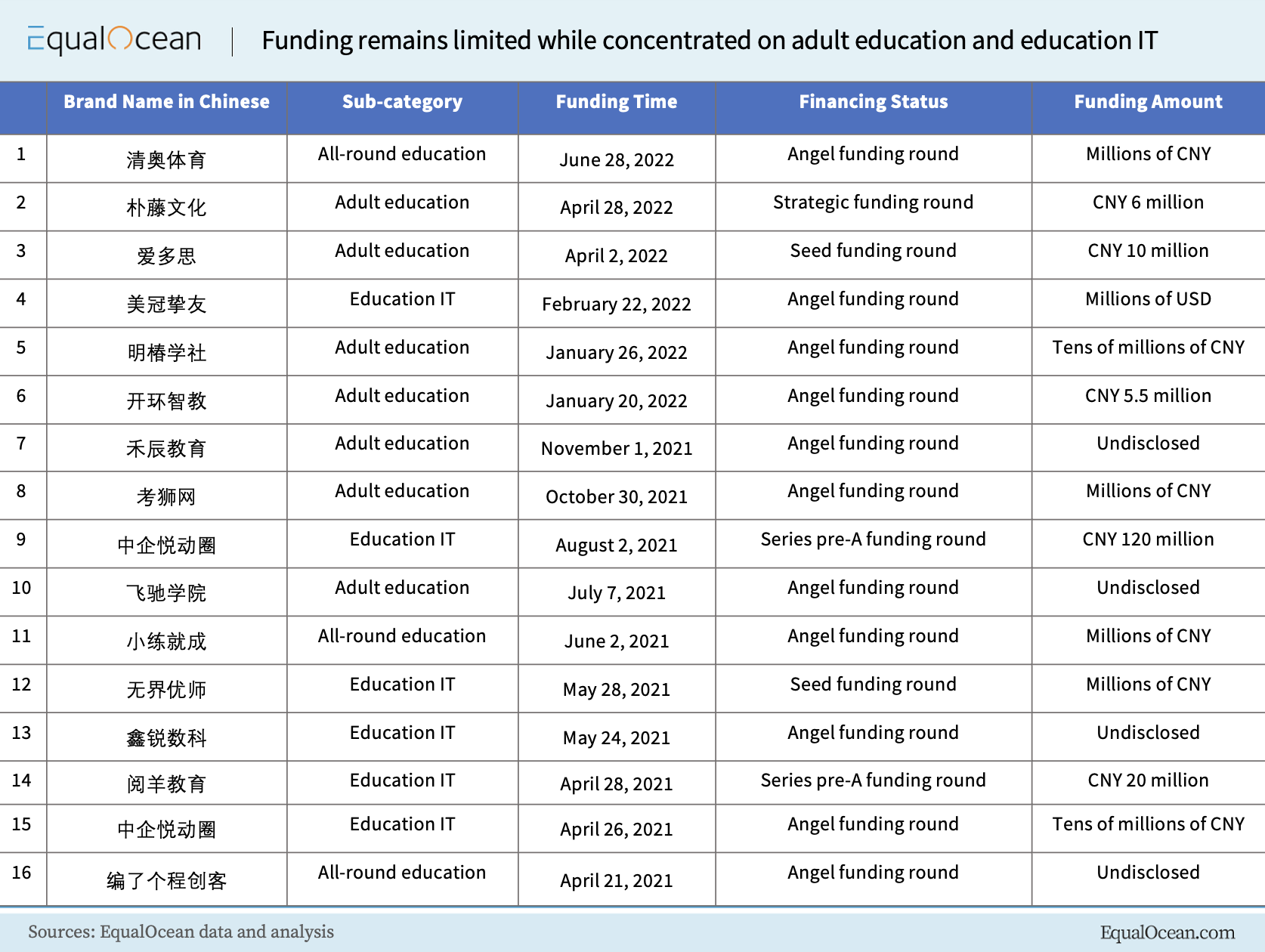 During the first half of 2022, there were 10 cases of investments in the areas of adult education, totalling CNY 130 million. To clarify, adult education can be categorized into two segments, one being test preparations and the other being vocational training for jobs. The market for adult education is forecasted to reach CNY 850 billion by the end of 2022, per AskCI. Further growth is expected as it covers a wide audience and is in high demand. Besides, the Chinese government introduced supportive policies, specifically in the area of vocational training, in September and October of last year. They call for the vigorous promotion of modern vocational education's development and encourage listed companies along with leading players to hold related training.

One of the largest firms in the sector is Ping An Zhi Niao (Chinese: 平安知鸟). The platform has more than 60 million registered users and serves companies including FOTILE, Nanyang Commercial Bank and other individual customers. Another promising firm and also a one-stop training service platform, moxueyuan.com (Chinese: 魔学院), recently completed a series A+ funding round and secured hundreds of millions of CNY from investors such as Sequoia China and Eastern Bell Capital.

Some traditional education companies such as Gaotu Techedu (Chinese: 高途教育, GOTU:NYSE) also transformed to dive into this lucrative market. It achieved considerable success in the first quarter of 2022, as revenue for the adult business line surged by 80% year-over-year. Even more surprising, the firm turned losses into profits and maintained a positive operating cash flow after the transformation. In 2021's Q4, the firm recorded a net profit of CNY 286 million. However, challenges still remain. For example, it is extremely difficult to deploy the original teacher team and operation model for subjects turning to vocational education, as the latter requires a higher level of professionalism.

The transition toward education information technology is another trend in the industry. At the software level, it includes features such as online textbooks and other teaching materials, lesson delivery system, student management system, homework and after-class services. A series of holistic solutions have emerged to integrate these demands, such as Xueda Education's (Chinese: 学大教育) all-in-one programming education solution.

17 Education & Technology Group (Chinese: 一起教育, YQ:NASDAQ) also expanded into this area after the termination of its school-age tutoring services. Liu Chang, founder and CEO of the firm, said "we will use big data, artificial intelligence and other technological means to promote the use of SaaS software services in school-based education." It is worth noting that these services rely on reliable and long-term partnerships with businesses or education institutions such as schools to update products with accumulated data.

Far from the education industry, short videos and livestreaming have also become the focus of  firms. One of the most notable examples is New Oriental Education's attempt to combine e-commerce with bilingual livestreaming by its teachers. The results were positive as the number of viewers on its Douyin channel reached 12 million, and the gross merchandise volume (GMV) on that day topped CNY 21 million.

According to the firm's vice president, Zhang Ge, the success was largely attributed to the talented pool of anchors. "Our teachers have outstanding abilities in the knowledge base, language expression, perceiving customer needs, and thinking creatively," said Zhang. It allowed the giant to stand out and differentiate itself from the tens of thousands of anchors on the same platform.

After the run, the market was upbeat about the outcome, and the firm's share prices soared around 50% on June 13 accordingly. Major institutions such as TF Securities continued to be bullish on the stock and its performance in the near future. Next, New Oriental Education has plans to upgrade its channel into a full-on platform, sources said.

Its rival TAL Education has also set eyes on this new transformation opportunity. It registered trademarks such as 'Xuesi Selection (Chinese: 学思心选)' on July 27, similar to that of 'Oriental Selection (Chinese: 东方甄选)', a sign that it may expand into the livestreaming and e-commerce business. Furthermore, the anonymous insider also told EqualOcean that the firm introduced a short-video competition open to its current and ex-employees, seeking to find the best anchors or knowledge-based vloggers. "The incentive is pretty attractive, as the winner is awarded with stocks worth CNY 200,000," she added.

The implementation of the 'double reduction' policy has turned the spotlight on the all-round education, which covers sports, music, art, STEAM and many other courses designed to provide incentives for learning.

Public data shows that over 33,000 new tutoring enterprises with a focus on arts and sports have joined the game in less than two months following the 2021 summer's education crackdown, up 99% YoY. Apart from traditional conglomerates like New Oriental and TAL, Huohua Siwei (Chinese: 火花思维), CodeMao (Chinese: 编程猫) and Meishubao (Chinese: 美术宝) are some of the leading emerging forces.

The change from the demand side is also a great booster. The old school's emphasis on the score is no longer the top belief for post-80s parents nowadays, as most of them have been negative about the traditional exam-oriented education system. Therefore, the role of all-round education has gradually transitioned from a supplement to a must-need. According to Duojing Capital, a boutique investment institution featuring in the education industry, there were 54 financing events in 2021, accounting for 40.6% of the entire education track, with a cumulative financing amount of over CNY 3 billion. A slew of tech giants and renowned institutions such as ByteDance, Tencent, Softbank, Sequoia China, IDG, KKR and GGV Capital have also made their presence in this lucrative sector which is expected to reach CNY 478.7 billion by 2023. 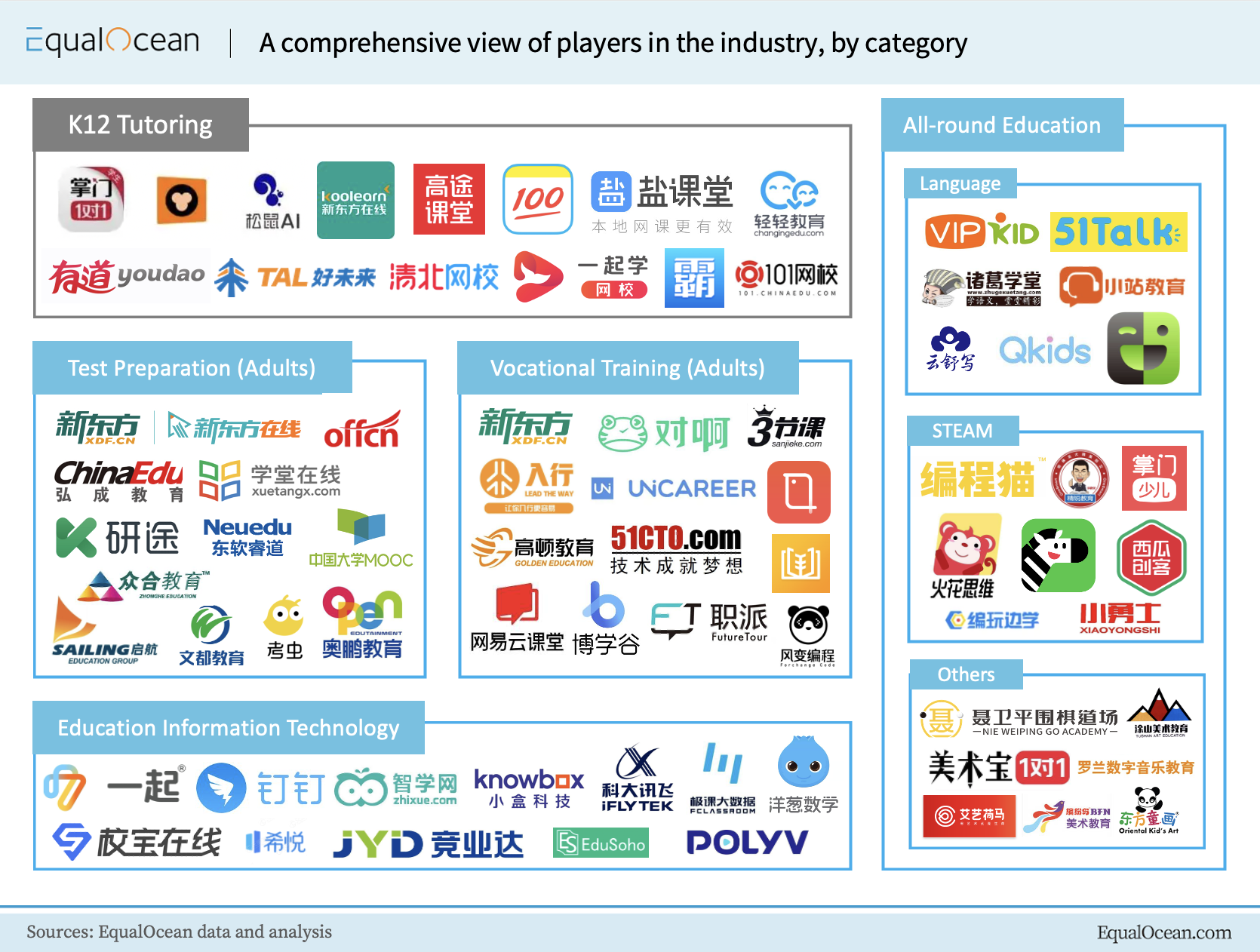 Following analysis of the various new transformation opportunities for firms in the education industry, it is not hard to see that this path contains sizable opportunities — although the future may not always be roses and rainbows. It is hence for companies to leverage their own expertise and experience to truly walk out of the fog. That way, bouncing back after hitting rock bottom is only a matter of time and determination.