An Overview of The Robotics Industry: 30 Players of Key Components

In the era of connectivity and intelligence, there is no doubt that the robotics industry is bound to rise. In this booming sector, players along the industry chain are all striving to grasp their pieces of cake. 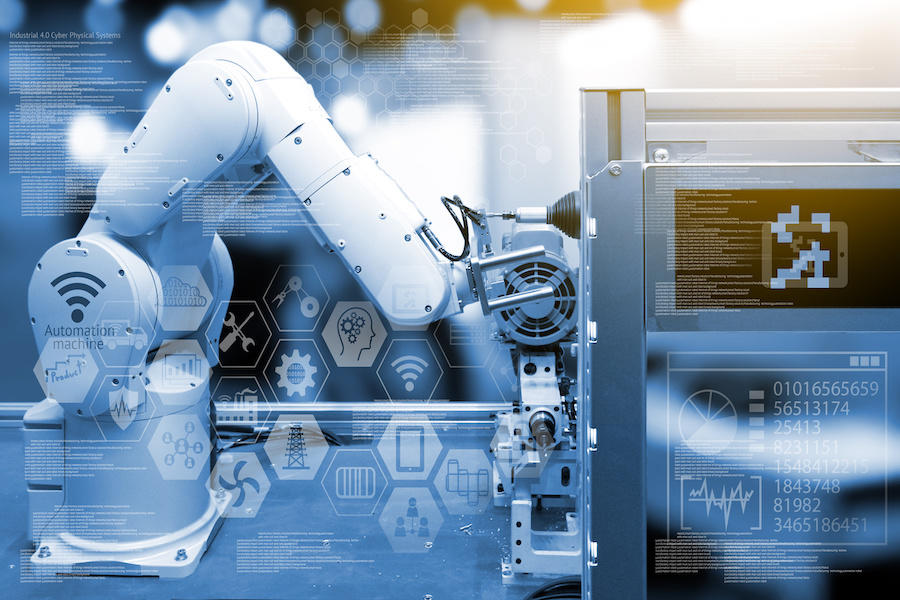 Robotics is an industry of significant potential in the 21st century. Technological advances, coupled with the world’s aging population, are sure to spur the demand for robots across the globe. Robotics is a diverse sector with many moving parts. EqualOcean dived deep into the industry and selected 30 players in the manufacturing of key components for your reference.

Zhejiang Shuanghuan Driveline Co., Ltd. (Chinese: 浙江双环传动机械股份有限公司) is a company principally engaging in the research, development, design and manufacture of mechanical transmission gears. More than 60% of its sales are contributed by Fortune 500 customers. Thanks to its competitive high-performance high-speed railway gears, the company has become the only global strategic supplier of ZF Friedrichshafen AG.

Established in 2008, SMEI (Chinese: 赛威电子) aims to become a world-renowned semiconductor producer in the era of IoT and AI by focusing on the development of MEMS process and wafer fabrication on the one hand and GaN materials and devices on the other hand. The company has a global presence and serves customers including global DNA/RNA sequencer giants, new ultrasound device giants, network communication and application giants, as well as leading companies in industrial and consumer segments.

Founded in 1997, Silan (Chinese: 士兰微) is a high-tech enterprise specializing in the design of IC chips and the manufacturing of semiconductor microelectronics-related products. The monthly output of its IC chip production line for chips of 6 inches or less is currently 210,000 pieces, ranking fifth in the world. It has also developed the production lines for 8-inch and 12-inch chips. The company enjoys a leading position in many technical fields, such as green power supply chip technology and MEMS sensor technology.

Founded in 2007, MEMSensing (Chinese:敏芯微电子) was funded by multiple high-profile VCs and angel investors around the globe. It is one of the earliest high-tech companies in China focusing on MEMS sensor products and solutions. MEMSensing has established two mature product lines: MEMS microphone and pressure sensor. Its products have been applied in various industries such as consumer electronics, industrial control, medical electronics and automotive.

Founded in 1999, MEMSIC (Chinese:美新半导体) is a leading company in the field of inertial sensors in China. In 2021, it attained over CNY 1 billion in Series A. MEMSIC is one of the earliest suppliers of IDM mode inertial sensors in China. The company provides customers with one-stop solutions from MEMS sensor chips, software algorithms and application solutions. Its products include thermal accelerometers, capacitive accelerometers, AMR magnetometers, and low-power consumption Hall switches.

Camsense (Chinese: 欢创科技) is a Shenzhen based vision space positioning company. In 2021, it harvested nearly CNY 100 million in Series B++, led by Costone Capital (Chinese:基石资本). The company focuses on the R&D and manufacturing of vision space positioning products. It provides customers with highly precise sensors with its self-developed core algorithm and chips. Its products have been applied in consumer robots, industrial tests, and medical scenarios.

Founded in 2014, Hesai Technology (Chinese: 禾赛科技) is a global leader in lidar technology for autonomous driving and ADAS. In 2021, it bagged USD 370 million in Series D. Up to date, the company has harvested over USD 500 million from Xiaomi, Meituan, Bosch, Baidu, Lightspeed, Hillhouse, CPE, Qiming, and other global investors. Hesai’s new manufacturing center for automotive production will commence operation in 2022, with a planned capacity of over 1 million units. 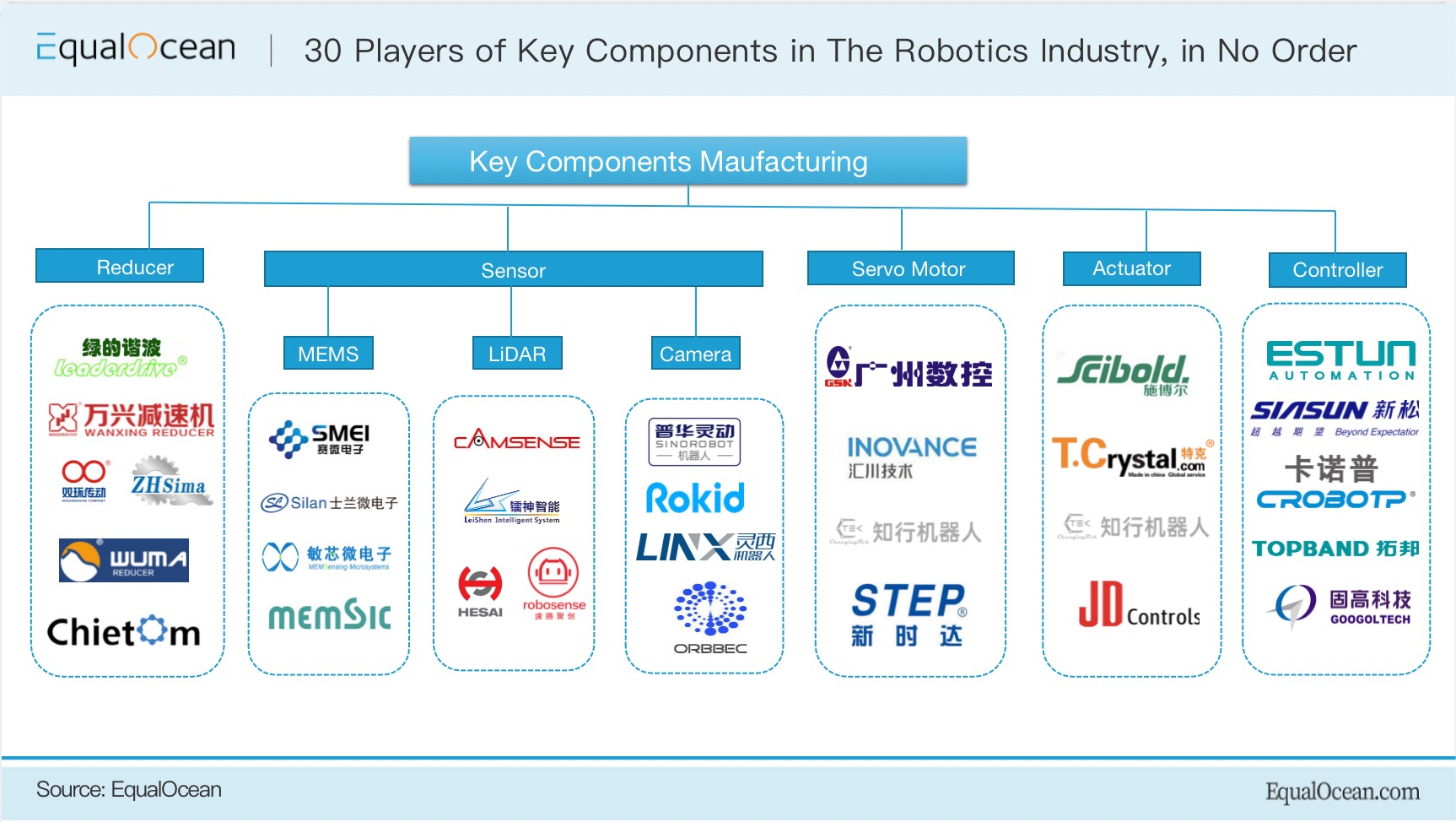 LINX ROBOT(Chinese:灵西机器人), an unmanned warehouse solution provider, completed its Series B+ funding round worth hundreds of millions of CNY, led by KinGary Capital(Chinese:熙诚金睿) in July 2022. The company focuses on the research and development of 3D vision technology, providing integrated solutions of 3D vision cameras, AI algorithms and robot vision for customers in various industries.

Orbbec (Chinese:奥比中光) is an industry leader in 3D vision technologies. It launched an IPO worth over CNY 1.24 billion in July 2022. The company has established a 3D vision technology system with full-stack research and development capabilities and various technological routes. It has made efforts in the development of depth engine ASIC chips, photosensitive chips, special optical systems, and SDKs, aiming to design an affordable 3D camera with the best accuracy, range, resolution, and responsiveness.

For more than ten years, Scibold (Chinese: 施博尔) has been committed to the development and manufacture of valve actuators. It has developed numerous series of valves, such as SIBL5, SIBL3, SIBL2, SIBL1, SND, and SD series, each containing electric, pneumatic, hydraulic and hybrid valve actuators and supporting devices. They are widely used in petrochemical, mining, metallurgy, natural gas, electric power, cement and building industries all over the world.

Founded in June 2014, Tianjin T.Crystal Actuator Co.,Ltd (Chinese: 天津特克执行器有限公司) is a high-tech enterprise integrating research, development, production and sales of electric actuators. The company has successfully developed electric actuator series, such as Basic ON/OFF, intelligent ON/OFF, intelligent modulating, BUS type and so on, which are widely used in a variety of fields like metallurgy, chemical industry, water supply, and pharmaceuticals.

Topband (Chinese: 拓邦) is a high-tech company specializing in the development and manufacture of intelligent controllers, high-efficient motors and lithium batteries for the household appliance and power tools industry, as well as for technology-related markets like IoT, robotics, energy storage batteries, and automotive electronics.

CRP Robot (Chinese: 卡诺普) is a high-tech enterprise, specializing in the R&D, production and sales of collaborative robots, industrial robots and core components, such as control systems, servo systems and intelligent sensors. In 2020, it attained CNY 200 million in Series B. After 9 years of development, CRP has become the largest supplier of domestic independent industrial robot controllers, and its market share in subdivisions such as domestic welding and domestic spray robot control has reached nearly 90%.

The robotics industry is an emerging trillion market you should not miss. Hope you’ve found something useful in the 30 players mentioned above. In the following passages, robotics companies specializing in production and integration will be introduced. Stay tuned.