On September 1, 2022, Pinduoduo’s cross-border e-commerce platform Temu was launched in the United States. 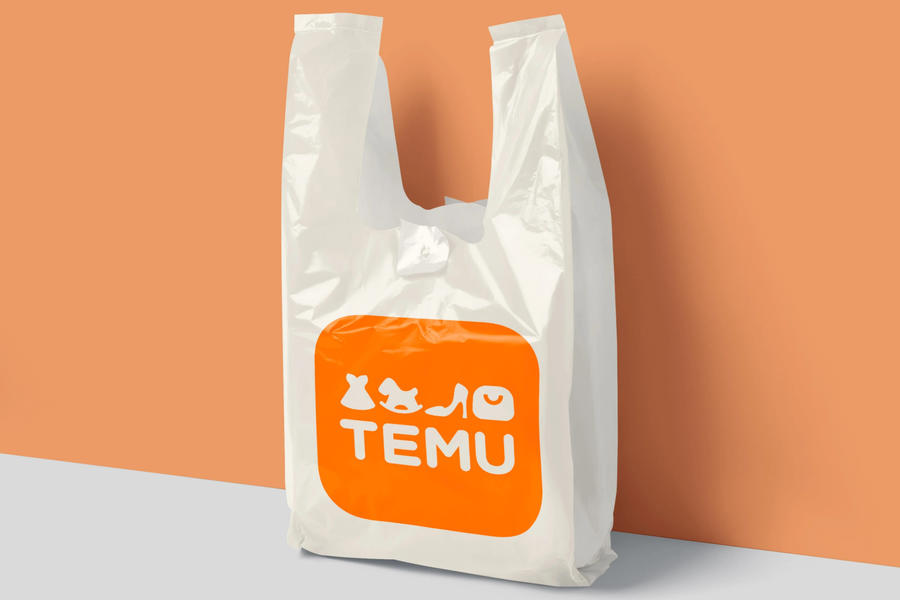 Under the dual test of geopolitical conflict and distressed economies world-widely, China's Internet giants, such as Ali Group and Tencent, all rethink their overseas expanding plans. However, during that time, Pinduoduo (PDD: NASDAQ), in contrast, has been accelerating its path of expansion. On September 1, 2022, Pinduoduo’s cross-border e-commerce platform Temu was launched in the United States. Choosing the challenging United States market, which is developed and competitive, which shocked my peers, especially the giants. This is by far the most aggressive overseas expansion of Pinduoduo, and it still targets lower-tier markets, and every good it sells are steals.

The expansion plan seems to have been ready for four years since its first attempt in 2019. Its goal, for this time, is to build 100 overseas brands and support 10,000 manufacturers to build connections with overseas markets. For these manufacturers, the platform promises to adopt a long-term zero-fee policy. Notably, the overseas expansion of PDD is relatively late compared with the pioneers such as LightInTheBox (2007), SHEIN (2008), and even Kaola backed by Ali Group (2015). 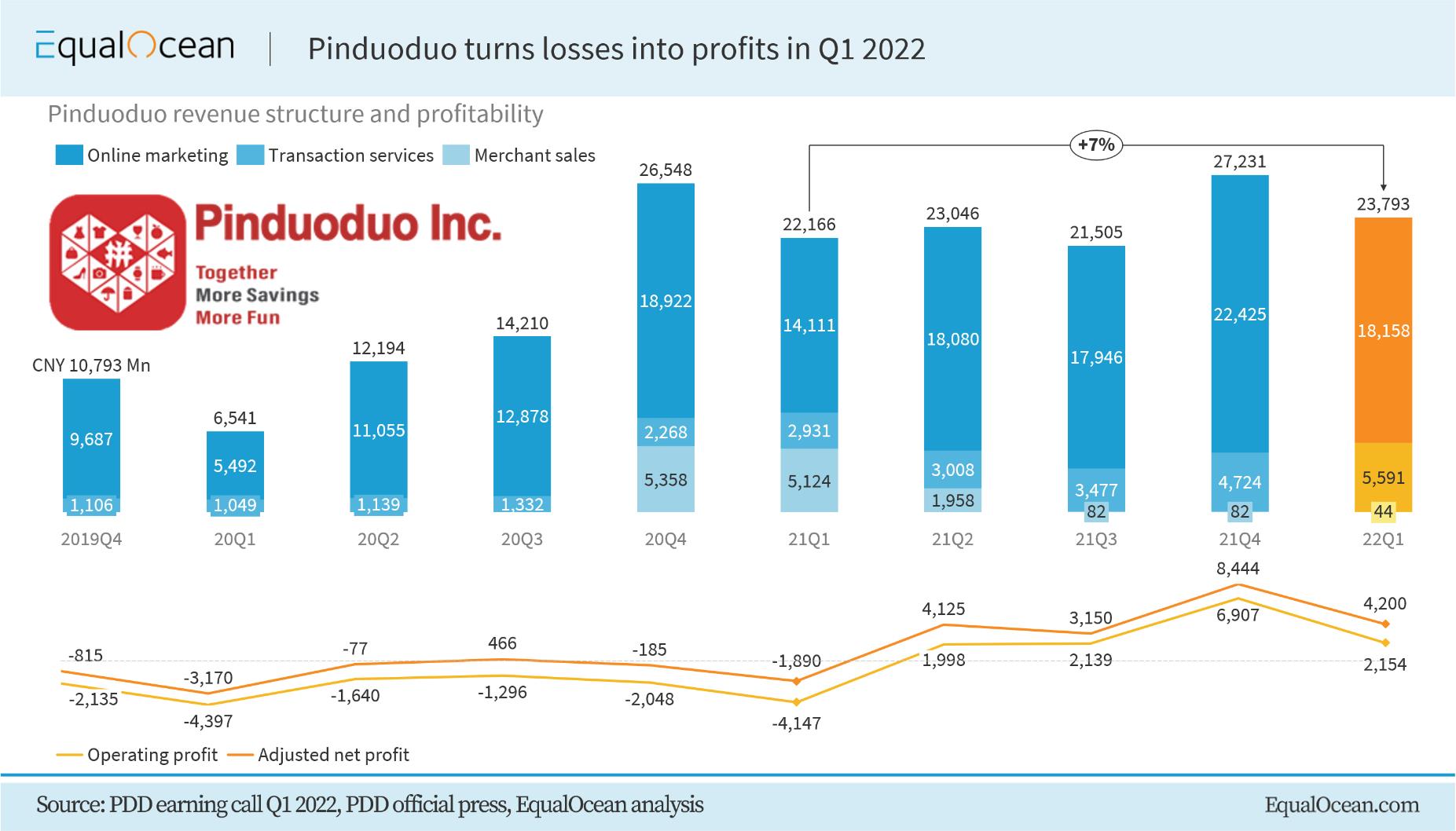 It is understandable that Pinduoduo insists on expanding overseas business. On the one hand, Its customer growth in China is the ceiling. In the second quarter of this year, Pinduoduo's online marketing services and other revenues reached CNY 25.17 billion, up 39% yearly. Among the segments, the revenue from trading services reported CNY 6.21 billion, rocketing 107% year on year, while its commodity sales revenue plumbed 97% to CNY 50.7 million compared with the same period last year. At the user level, in the first quarter of this year, PDD reported 881.9 million MAU. It is worth mentioning that from September of last year, the giant only added 14.6 million users, a sharp decline in growth compared with 151 million in the second half of 2020. Pinduoduo is not the only one facing such troubles. The MAU of Alibaba's C2M platform (Taote) reached a peak of 175 million in March 2022 but experienced three consecutive months of decline in the second quarter (-6.1%, -8.8%, -14.2%, respectively). JD only brought 10.8 million new users to its platform, compared with the previous quarter, with a monthly growth of 1.9% merely. 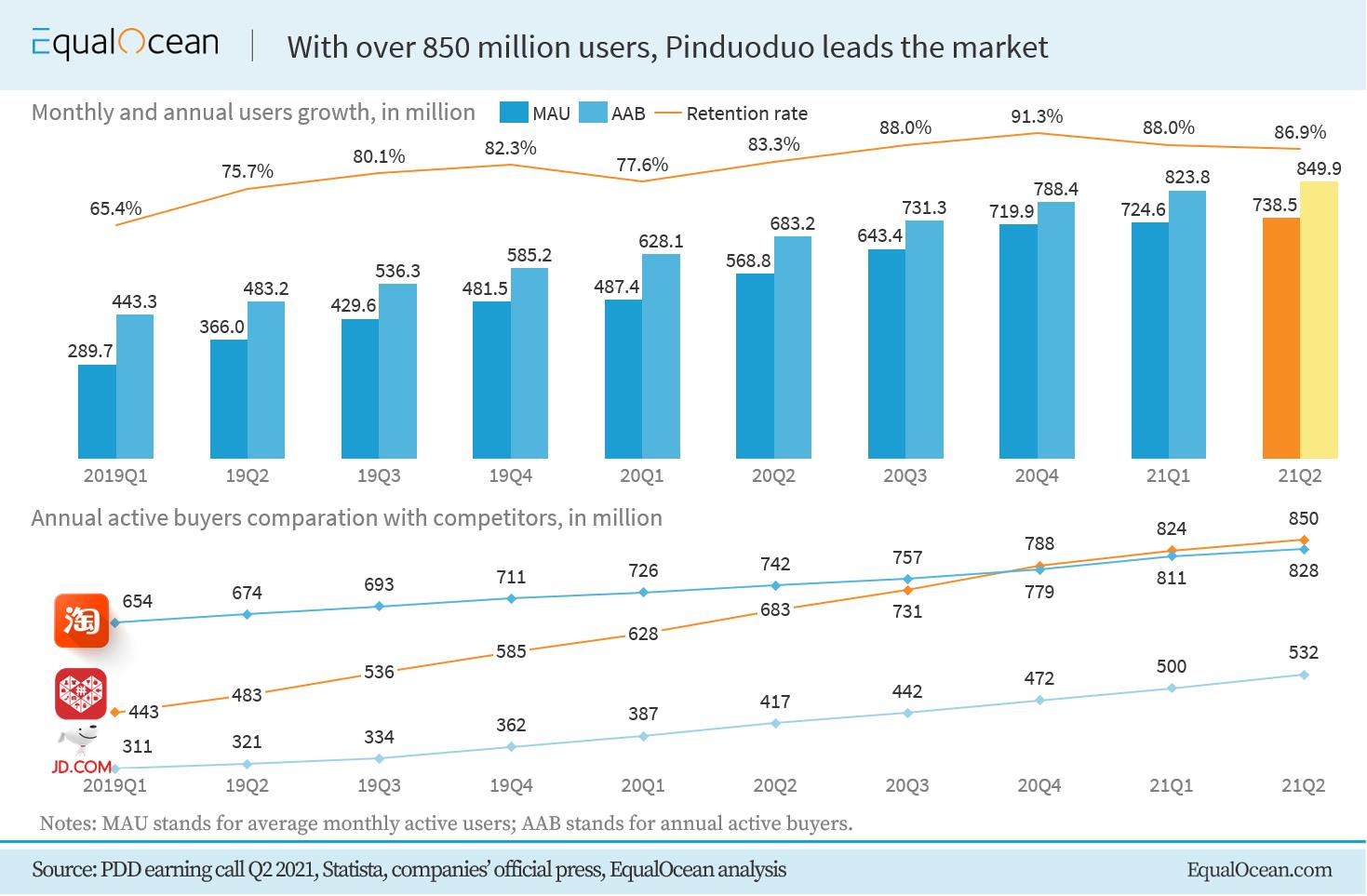 On the other hand, huge business opportunities cannot be missed in the cross-border e-commerce field. In 2021, China's total import and export trade scales reached CNY 39.1 trillion. However, the penetration rate of cross-border e-commerce in exports is only 6.6%, and imports are only 3.1%. More importantly, e-commerce giants have not yet appeared in the lower tier market (low price goods) of many major markets in the world. Moreover, global consumption is degraded due to inflation, which coincides with Temu's pricing strategy

In addition, the language and the transparent level are also important considerations. For Pinduoduo, it obviously costs less time and money to develop the American market than to enter the Southeast Asian or European markets with various languages and opaque rules. At the same time, about 70% of Amazon sellers come from China, thanks to its outstanding industrial chain. However, since last year, many businesses have experienced a trend of closing stores, and Pinduoduo provides a solution opportunity for sellers. It was just the right place at the right time

From our analysis, Pinduoduo seems to be helping China's manufacturing industry digest inventory. The company always leads the trend. For example, in China's agricultural sector, under the influence of Pinduoduo, Alibaba, Meituan, Jingdong, and Tiktok have successively launched agricultural festivals. Agriculture is the main focus of its domestic business, while manufacturing is the main focus offshore. The low-SKU mood can help inventory clearance and popular products quickly gain market access and create brand recognizability globally, many of which are high-quality hidden champions in the industry. As for the overseas intellectual property protection issues that manufacturers are concerned about, TEMU also provides strong legal support with the help of Pinduoduo. It can be said that TEMU is built for factories with overcapacity that want to sell their products to the world.

It is obvious that Temu has targeted SHEIN's market shares in the United States. SHEIN has long been linked to low prices among consumers. In the first half of 2022, the sales of SHEIN reached USD 16 billion, with a year-on-year growth of 50%. In the second quarter, the downloads came to 6.8 million around the country, up 13% month on month, even surpassing Amazon and winning the top for a while. With such a rival company in the market, it could be difficult for Temu to win the battle.

However, by comparing the differences between the two models: Temu gathers goods from various brand merchants; SHEIN focuses on its own independent brand (combining rapidly updating products). In terms of the supply chain, SHEIN adopts a more flexible model, that is, the platform designs goods according to user consumption preferences and then sends orders to the source factory for production and delivery. Therefore, the problem of long delivery time often occurs. Temu does not have a self-built supply chain plan, and TEMU chooses the way that the goods are first put on the shelves by the merchants and then purchased by the platform, so the delivery time could be favorable.

At the same time, according to the survey of EqualOcean, in order to support Temu, Pinduoduo continuously moved employees from other departments to join Temu. According to some people familiar with it, Pinduoduo also dug people from Alibaba and even SHEIN with much higher salaries, indicating that the Pinduoduo team splashed out on overseas markets this time.

TEMU's two-month-long achievements in the North American market are also very impressive. According to Diandian Data, as of October 27, TEMU currently ranks No. 2 in the Google Play download list and No. 6 in the apple store download list.

We have no doubt that Temu will become a sought-after app now and in the near future, but in the long run, we also noticed three fatal defects behind.

First of all, TEMU, like PDD, has been criticized of the unfair treatment of businesses. It is very convenient for users to shop on Pinduoduo, and consumers can apply for a refund with no reason and even without returning the products sometimes, and the platform will hold income that merchants in such cases. That means for the dealers and manufacturers, this means there is a certain probability that they cannot get the income or get delivered goods back. TEMU replicates these rules. The platform chooses the merchants who are willing to reduce the profit margin to the extreme and let them stock products within several days. And when consumers would like to return some products, two ways are available: pick-up and delivery. Notably, the expenses incurred in the process shall be borne by the seller. Tolerance, favoritism towards users, and strictness towards merchants inevitably cause dissatisfaction with the latter. It seems to need disruptive innovation to survive in the long term. We think that it may be helped by establishing a long-term relationship with the top 10% to 20% of merchants when Temu gets a firm foothold in one or several markets.

Second, balancing the cost and efficiency in cross-border shipping is also a tough question for TEMU. Pinduoduo made its first bucket of gold utilizing low-cost logistics in China. However, the logistics cost in the U.S. market is relatively high, so even top player Amazon has chosen to build its own logistics networks.  At present, Temu only sets up cross-border warehouses for goods collection in China, and all its delivery and shipping rely on the third party J&T Express, which is a rising star in the logistics industry. Even though J&T Express has developed rapidly in recent years, it is difficult to compete with the local logistics network of the United States. After all, Temu shows that the arrival time is generally 5-15 days, while Amazon could do as less as one day. The solution to the problem is worth watching by investors and consumers because it decides if Temu can take shares from Amazon in the long term.

The third is policy risk and fair competition risk, which happened between merchants and Amazon. Since 2020, Chinese sellers have become the largest group of Amazon overseas third-party merchants. Low-price sales have attracted the attention and even complaints of some American businesses, who are worried about their business and profits being squeezed. Temu's marching may further deteriorate the local pricing system and intensfy the conflict, leading to a boycott by local merchant organizations or governments. Vova's expansion to the European market is a typical example.

Although there are many risks, we can also not ignore the major opportunities of the times. Zhao Chenxin, Deputy Director of the National Development and Reform Commission of China, stressed at the press conference of the 20th National Congress that China will unswervingly insist on acting on the reform and opening-up policy. The Congress also promotes and forces many Chinese companies to go abroad to find new market opportunities. According to EqualOcean's analysis, we believe that China will support the overseas expansion of Chinese companies in the long run, which brings huge opportunities for Times to companies like TEMU.

In sum, TEMU is a low-cost commodity platform worthy of trying by merchants and consumers in the short term. However, the long-term development of the platform will depend on how it solves the three key risk points and also depends on how the company makes better use of the opportunities from times brought by the national congress. It is like taking the light industry market shares from Amazon and SHEIN, but only if Temu can survive in the U.S. market for a long time.