Starting from September 2022, EqualOcean had been conducting deep market research and expert interviews aiming to select out 50 most representative Chinese SaaS companies that are with the most growth and development potential. It is finally officially finalized, and we give our deep and sincere congratulations to those 50 companies and wish them all the best in the future. 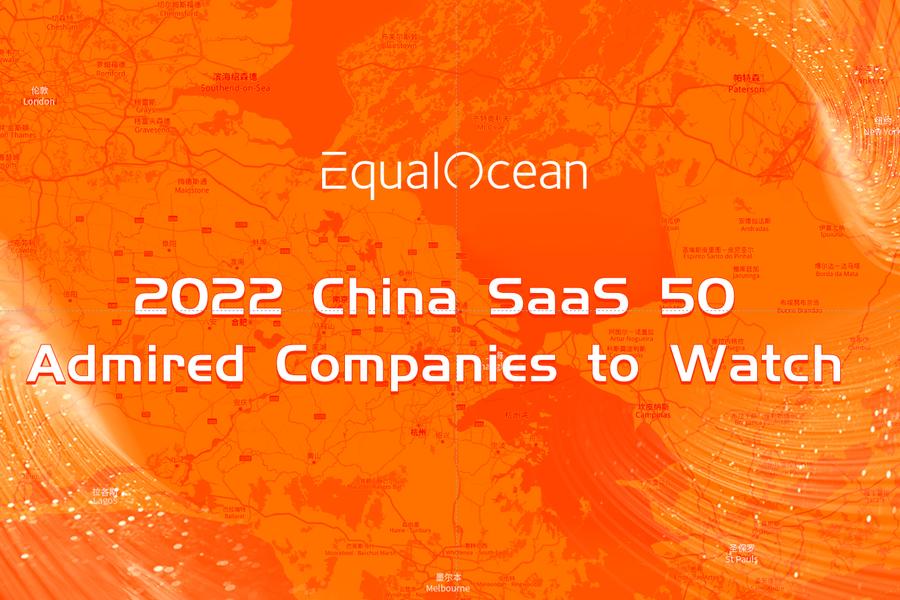 On November 8, 2022, the 2022 EqualOcean Summit for Globalization (ESG), hosted by EqualOcean and its newly-launched globalization think tank, was held in Shanghai China. It was EqualOcean's largest offline gathering of the year, bringing together a large group of high-level entrepreneurs, investors, academics and other related parties in the globalization process.

During the Summit, EqualOcean released the 2022 China SaaS 50 admired companies list, focusing on the development potential of Chinese SaaS companies and the future direction of the industry.

After more than two decades of development, the global SaaS industry has formed a hundred-billion-dollar market segment, and its advantages such as subscription-based, low-cost and rapid iteration contain huge business value.  At present, the Chinese SaaS industry is still in the process of rapid evolution and development. The continuous innovation of products and business models, as well as the rapid change of industry competition patterns and product application scenarios are all breeding new market opportunities.

EqualOcean believes that in a climate of uncertainty, digitization is still the biggest opportunity we know for sure right now. We are cautiously optimistic about the future of the SaaS industry.

We hope to take this opportunity to increase the visibility of Chinese SaaS companies in the global market, and to bring together all sectors of the industry to pool their wisdom and help each other.

Finally, EqualOcean selected the top 50 China SaaS companies in 2022 based on a combination of key enterprise metrics and expert judging scores (in no particular order): 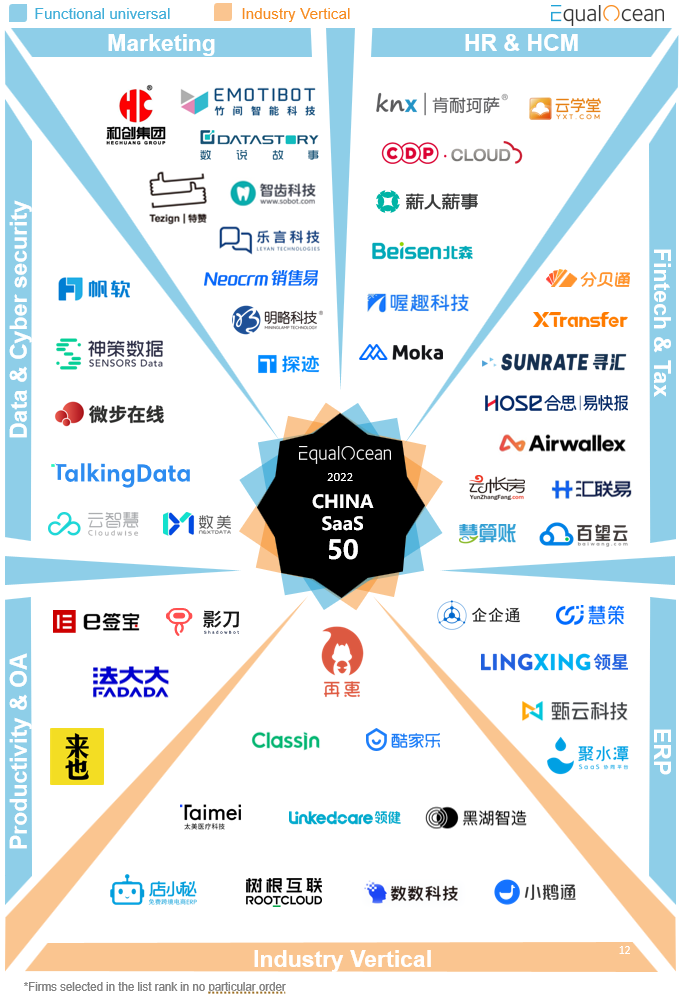 After analyzing these 50 companies on the list in terms of establishment  time, geographical distribution, fields of focusing, and investment performance, we found that:

In terms of domain, 82% of the companies belong to functional universal SaaS and 18% belong to industry vertical SaaS, which shows that general-purpose SaaS products are still the main force in the Chinese market.

EqualOcean focuses on serving Chinese companies on their road to globalization and helping overseas companies and organizations to grasp China's development opportunities. It believes in the value of globalization, with the mission of connecting China and the world.

EqualOcean continues to focus on globalization and invites professionals from various industries to provide valuable information and opinions by contacting nina@equalocean.com. Any ideas are always welcome.