Unicorns are not as rare as they were a decade ago, but it still takes a lot of hard work to join the herd. 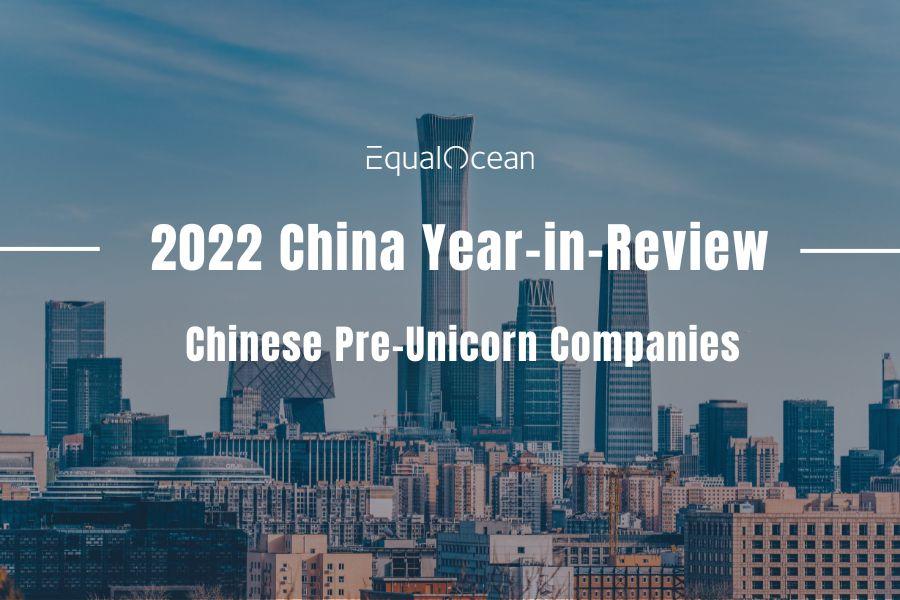 Venture capitalist Aileen Lee coined the term 'unicorn' in 2013 in her article to refer to private companies which have reached a valuation of at least USD 1 billion. With the Internet era and digital economy going on,  the birth of unicorns has increased at an accelerated rate and they are no longer so rare as the creature unicorn itself. As of October 2022, there are over 1,200 unicorns around the world.

However, being admitted into the unicorn club is never an easy job. In fact, a business only has a 0.00006% chance of becoming a unicorn, and it takes an average of seven years for nascent startups to grow into unicorns.

This makes finding and recognizing a pre-unicorn the same important — at least they have been infinitely close to it.

Generally, pre-unicorn enterprises are those that have been established for less than 10 years and are currently valued between USD 100 million and USD 1 billion. However, with the aim of hunting for more newly emerged stars, we EqualOcean narrow the criteira of foundation to the latest 5 years, ceteris paribus.

Different from unicorns, these early-stage companies are developing at a faster pace and have greater potential for future growth, and are expected to grow into unicorns within 3 to 5 years. Ant Group, ByteDance, CATL, and PDD … were all pre-unicorns at some point.

Most of these startups are in the vanguard of their industry, leading the way for the generation of new technologies, services, business activities and business models. They are trying to compete with the top players and expand their reach in the context of the new era.

Here is the roundup of a host of promising pre-unicorn companies we caught this year.

Hong Jing Drive (Chinese: 宏景智能), an autonomous driving solutions provider based in China, develops system solutions including high-performance computing platforms for autonomous driving vehicles. It partners with a number of automotive original equipment manufacturers (OEMs), focusing on developing advanced autonomous driving systems for both passenger cars and commercial vehicles, as well as for applications such as automated transportation and logistics. The company was founded in 2018 and is based in Hangzhou, China, with a valuation of over USD 100 million as of December 2022.

Previously in February, Hong Jing Drive announced that it had completed financing of over CNY 100 million, featuring exclusive investment from Prosperity7. In less than one year, Hong Jing Drive has successively completed three rounds of financing worth several hundred million yuan.

Revolution (Chinese: 于万智驾) is a two-year-old startup focusing on unmanned driving of sanitation vehicles. Founded in Shanghai, Revolution is one of the deeply engager in the autonomous driving sanitation field, and it is currently valued at USD 100 million or above. The company has a core management team of 10 people, with over 20 senior project operation managers and an experienced R&D team of more than 40 people. Revolution will rely on technology + operation value-added + service environment to create an integrated intelligent sanitation solution for customers.

A month earlier, on November 14, SENIOR announced the completion of its A+ round financing worth more than CNY 100 million (USD 14 million), which was led by Tsinghua Innovation Ventures and Winreal Investment, followed by Estar Capital, GF Xinde Investment, Shenzhen Zhiqing Corporation and Hubin Capital. As of press time, SENIOR is valued at CNY 1.5 billion (USD 210 million).

Founded in 2018, XYZ Robotics (Chinese: 星猿哲科技) is headquartered in Shanghai. As a leader in the 3D machine vision and robotic manipulation industry, XYZ Robotics develops AI-enabled robotic perception and manipulation technology for logistics and manufacturing automation, which provides products and solutions including depalletizing, mixed-case palletizing, piece picking and bin picking. The application industries span e-commerce, automotive, electronics, general consumer goods and beyond. Its global customer industry base varies from automobile, pharmaceuticals, electronics to e-commerce, retail, 3PL, and beyond. According to public data, the company has received over USD 100 million funding from the top VCs within the past four years.

Public data shows that ShadowBot has raised a total of USD 158.7 million over 5 rounds of funding since its inception, and it completed its Series C round of financing in April 2022 from Goldman Sachs and GGV Capital Partners.

Moxi Technology (Chinese: 摩西科技) is the first domestic technology company comited to empowering business growth with gamification. Founded in 2019 and headquartered in Hangzhou, Moxi has received several rounds of investment from Hillhouse Capital and Matrix Partners, with a total financing amount of nearly CNY 100 million.

The four-year-old startup has received hundreds of millions of investment in CNY from a host of top-tier domestic VCs such as Legend Capital，Green Pine Capital Partners, Cybernaut Capital and as well as listed company Ray-Cloud Technology.

Zhiyi Tech (Chinese: 知衣科技) is an AI-driven company committed to building a standardized quick-response fashion supply chain platform. Founded in 2018 and headquartered in Hangzhou, it bagged USD 10 million at ins inception; in 2021, it closed another USD 100 million worth of Series B funding, led by Hillhouse Capital, Zoo Capital, Xianghe Capital and CE Innovation Capital.

CONTACT US
Scan QR code to contact us for professional consulting services
Next article
Is Domestic Substitution the Future Trend for the Chinese Cell Culture Media Market?