We at EqualOcean tracked the major funding rounds or industry events that took place in China’s automotive market in December 2022. And the following is a list of deals that we have selected for you, based on a number of criteria, including the funding amount, the financial backers, and the segments in which the companies operate. 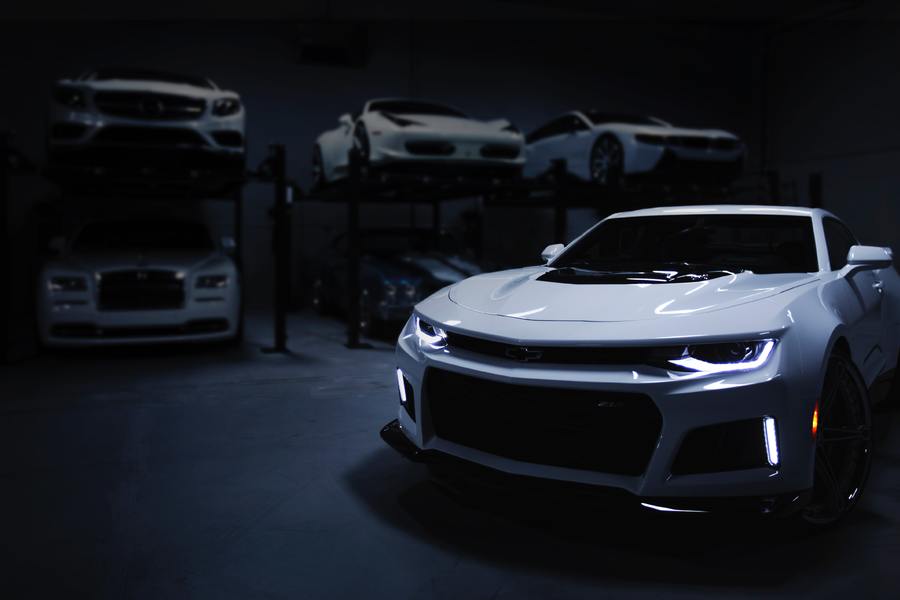 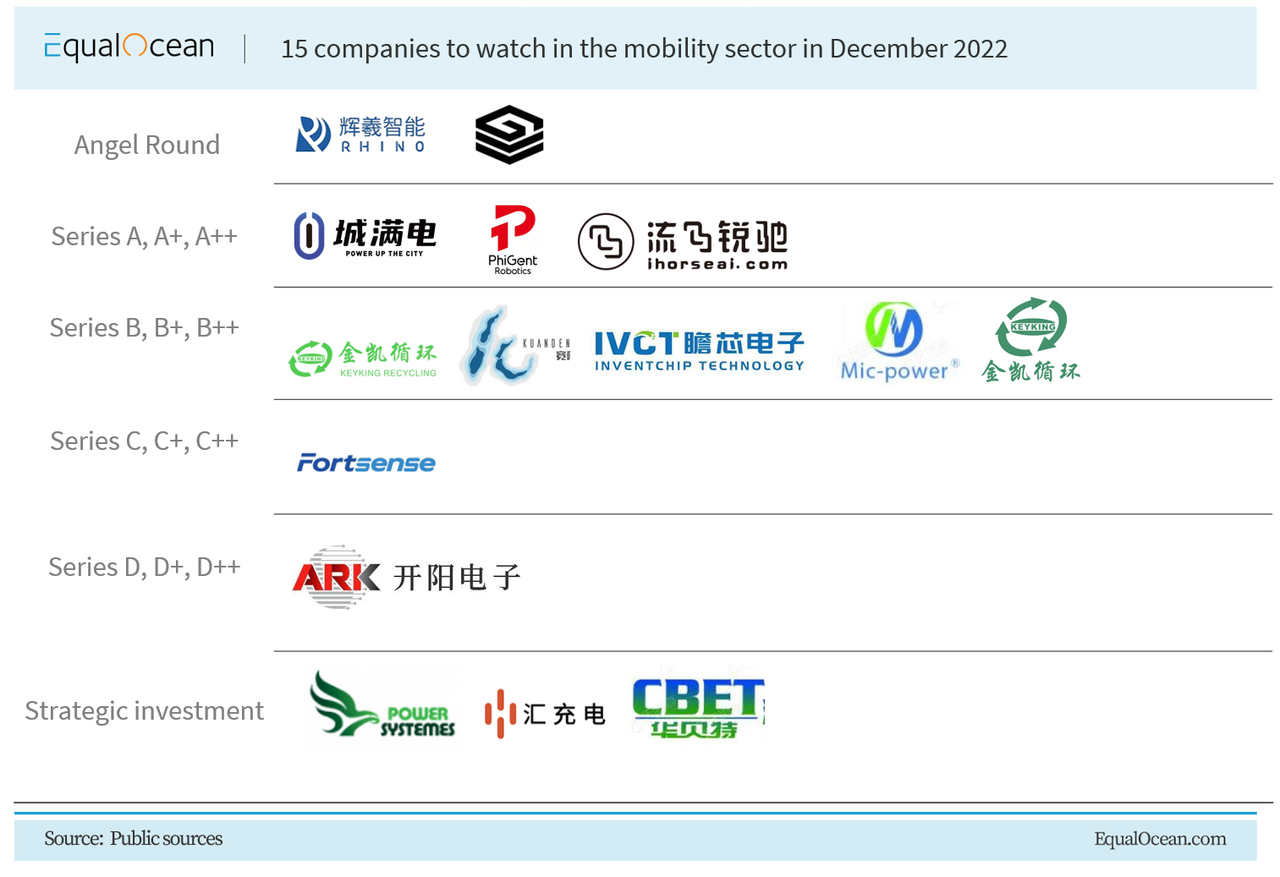 On December 15, Jingneng Microelectronics (Chinese: 晶能微电子) announced that it successfully completed its pre-A round of financing without specifying the amount raised. This investment was led by Walden International (Chinese: 华登国际) and followed by Vision Knight Capital (Chinese: 嘉御资本), Gaorong Capital (Chinese: 高榕资本) and Volfone (Chinese: 沃丰实业). The funds raised will be primarily used for the R&D of power semiconductor products, construction of product lines and hiring of Jingneng's technical team.

On December 2, PhiGent Robotics (Chinese: 鉴智机器人) announced the completion of its A+ round of financing amounting to tens of millions of USD, which was led by Xianghe Capital (Chinese: 襄禾资本), followed by its existing equity-holder INCE Capital (Chinese: 渶策资本). The fund will be used for product R&D, talent development and market expansion.

On December 16, autonomous driving solutions supplier iHorseai (Chinese: 流马锐驰) completed its A round of financing amounting to CNY 100 million (USD 14 million), which was led by the funder in the field of crucial technology, namely Beijing Zhongguancun Development Frontier Enterprise Investment Fund (Chinese: 中关村发展前沿基金). The fund will be primarily used for product R&D and mass production of high-level (above L2) intelligent driving algorithms and systems.

On December 7, NEV electric compressor provider Hunan CBET New Energy Technology Co., LTD (hereinafter referred to as CBET) (Chinese: 贝特新能源) announced the completion of its strategic round of financing worth tens of millions of CNY, which was invested by Shenzhen Chenfeng Private Equity Fund Management (Chinese: 深圳辰峰私募股权基金管理有限公司). The fund will be used for new product R&D and market expansion.

On December 5, auto-grade system on chip (SoC) provider Arkmicro Technologies (Shenzhen) Co., Ltd. (Hereinafter referred to as Arkmicro) (Chinese: 开阳电子) announced the completion of its D round of financing exceeding CNY 100 million. The investors include (Chinese: 盈富泰克) and Chinese: 杉杉股份). The fund will be used for product R&D, capacity building and market expansion, further strengthening the company's product and research advantages and also promoting the company's development in auto chips.

In December, Inventchip Technology Co.Ltd. (Chinese: 瞻芯电子) (hereinafter referred to as Inventchip) announced its completion of a pre-B round financing of hundreds of millions of CNY. This investment was led by SAIC Motor’s strategic direct investment fund and Shangqi Capital (Chinese: 尚颀资本), with Sungrow Power Supply (Chinese: 阳光电源), Huaqiang Venture Capital (Chinese: 华强创投), and others joining the round, along with existing investor Rockets Capital (Chinese: 星航资本). The funds raised will be primarily used for future capacity expansion, operations and R&D of the firm’s SiC wafer plant in Yiwu, Zhejiang.

In December, Mic-power (Chinese: 微电新能源) announced via its official WeChat account that the company successfuly raised funds from a B-round financing led by CITIC Goldstone (Chinese: 中信金石). The investment will be used for R&D and business expansion for Mic-power. As a technology-driven company striving to provide the world’s most advanced rechargeable batteries, Mic-power is a leading solutions provider of small lithium polymer rechargeable batteries used in smart wearable and TWS-class audio devices.