Editor's note: We at EqualOcean tracked the major funding rounds or industry events that took place in China’s tech space in Q4 2022. The following is a list of deals that we have selected for you, based on a number of criteria, including the funding amount, the financial backers, the activity level and the segments in which the startups operate. 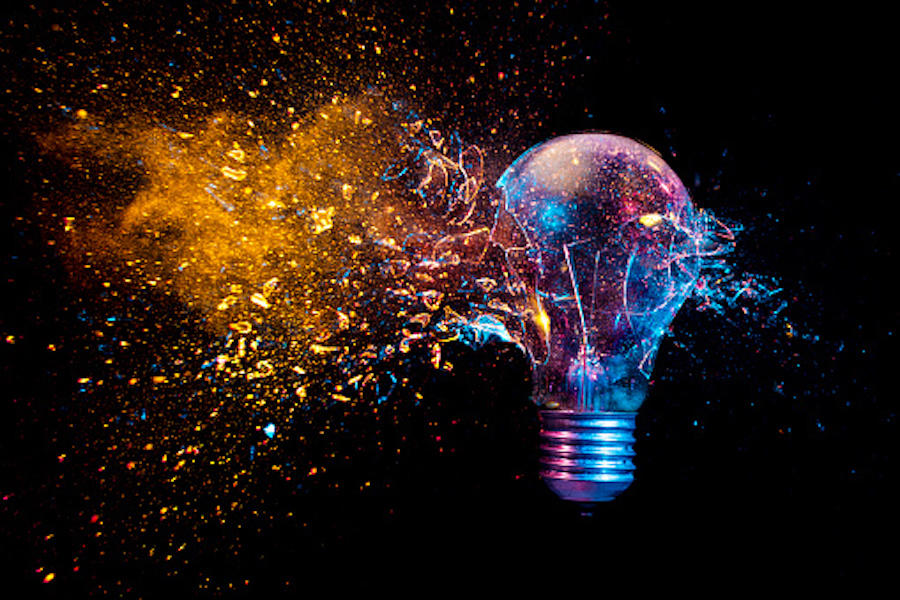 Dalezhuang (Chinese: 大乐装), a one-stop delivery platform for prefabricated buildings, completed the B-round financing of nearly CNY 100 million. This round of financing was led by 58 Shenqi Capital (Chinese: 58神骐资本), followed by Eastern bell Capital (Chinese: 钟鼎资本) and several industrial capitals. The funds will be used for supply chain construction and software development.

Dalezhuang was founded in July 2020, and previously completed the Angel round, Angel + round and Pre-A round of financing in August, September 2020 and August 2021 respectively. It is an industrial Internet company dedicated to "driving the industrialization of the construction industry with digitalization." In addition to laying out several component collaborative production factories in the Greater Bay Area, it also opens up the whole chain from prefabricated building design to production through the digital product matrix of cloud collaboration.

HAAWKING(Chinese: 中科昊芯), the digital signal processor supplier, announced that it has completed the A+ round of financing of nearly CNY 100 million, led by Skyworth Investment (Chinese: 创维投资). The existing shareholders Sequoia Capital China (Chinese: 红杉中国) and Jiuhe Venture Capital (Chinese: 九合创投) continued to raise their stakes, while strategic institutions such as Jinlong Technologies (Chinese: 锦浪科技) and Huajin Capital (Chinese: 华金资本) joined in. This round of financing will be mainly used for the production and stocking of Haoxin HX2000 series DSP chips and investment in continuous research and development.

Founded in 2019, HAAWKING’s founding team was born out of the Chinese Academy of Sciences. Since 2016, it has been investing in the research of RISC-V processors, mainly based on RISC -V instruction set architecture, focusing on the R&D of proprietary digital signal processors (DSP), which can be widely used in new energy vehicles, energy storage and photovoltaics, white goods, digital power supplies and other markets.

Fande Technology (Chinese: 凡得科技) raised CNY tens of millions of funding in an angel round led by Sinovation Ventures (Chinese: 创新工场), followed by Xingong (Chinese: 信公股份) and TusStar (Chinese: 启迪之星). The funds will be used to continue to improve products and build a market and technology ecosystem.

MyMRO was established in Illinois, USA in 1927 and entered the Chinese market in 2006. It works to connect with customers through digital tools such as API, Punch-out, and enterprise version, so that the customer's procurement process is online and systematized; in response to customers' individual needs for material requisition, unmanned warehouses, smart requisition cabinets and other solutions are implemented, to promote customers to achieve transparent management and convenient use of the entire procurement cycle.

Founded in 2017, Humi is committed to providing digital platforms and solutions for Chinese manufacturing companies, using big data intelligent innovation technology to eliminate the "digital divide" of Chinese manufacturing companies, and helping companies achieve transformation and upgrading. It is the first national cross-industry and cross-field industrial Internet platform in the midwest, and it is at the head of the industry.

Founded in 1996, it is a professional software service provider for integrated solutions for intelligent manufacturing in China. Kaimu adheres to the brand positioning of "software innovation and manufacturing” and uses industrial software as a carrier to provide enterprises with overall solutions for product innovation digitalization, process intelligence, R&D and manufacturing integration, and operation management informationization.

PaXini Tech (Chinese: 帕西尼感知科技), which focuses on the development and application of tactile perception, has completed CNY tens of millions in Pre-A round of financing. This round was led by QF Capital (Chinese: 啟赋资本), followed by Haofan Venture Capital (Chinese: 浩方创投).

PaXini Tech was established in 2021 and has received angel round financing from MiraclePlus (奇绩创坛) founded by Lu Qi. The core business of PaXini is the application of tactile digital sensor technology, and the company also involves in adaptive robots. At present, the company has launched a variety of industrial-grade tactile sensors.

The security Tanze (Chinese: 碳泽) has completed the A round of financing totaling CNY tens of millions. This round is led by Everest Venture Capital (Chinese: 朗玛峰资本), followed by LH Ventures (Chinese: 领航新界资本). After this round of financing, the company will continue to carry out product polishing and market expansion. 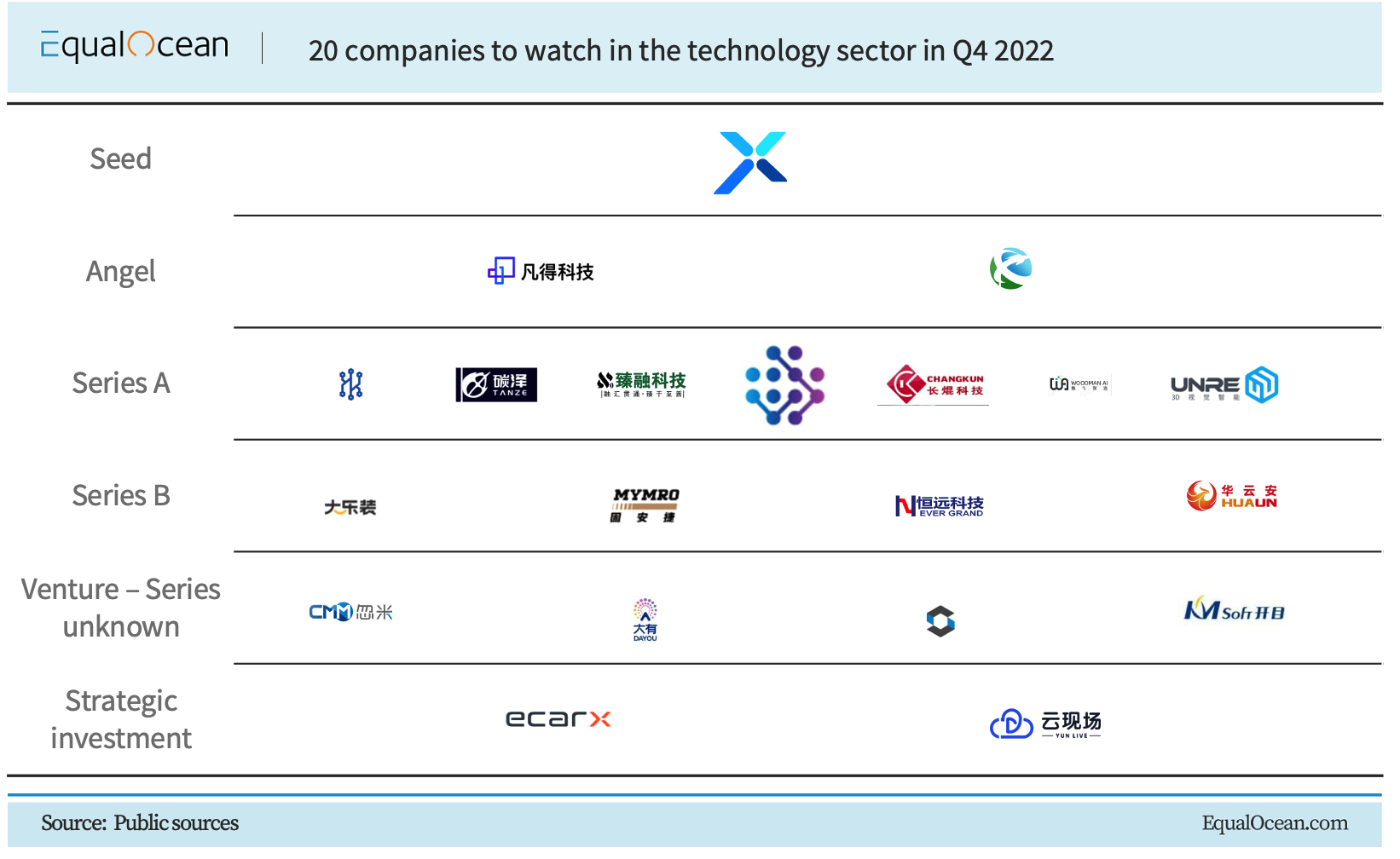 Hengyuan was established in 2016 and is headquartered in Yantai, Shandong. At first, the company mainly provided digital transformation consulting services for industrial manufacturing enterprises. With the accumulation of experience in the field of industrial digitalization, Hengyuan chose to enter the field of digital transformation of the equipment manufacturing industry, providing overall solution for manufacturing operations management (MOM platform) and the IoT solution based on data collection.

Zhenrong Technology (Chinese: 臻融科技) completed the A round of financing exclusively invested by Huaqiang Capital (Chinese: 华强资本). This round of financing will be mainly used for the R&D of core products, business promotion in industries such as automobiles and industrial Internet of Things, and team building.

HUAUN started by focusing on vulnerability management and intelligent offensive and defensive penetration products. Through continuous improvement of the product matrix, it was upgraded to ASM enterprise.

Anrui Technology was established in 2017, focusing on the R&D of software and hardware products for the digitization of architectural space. It is a company that uses 3D intelligent vision, IoT, AI, 5G/Beidou, cloud computing, big data and other technologies to build informatization and intelligence in the construction industry.

LiToSim (Chinese: 励颐拓) completed the strategic round of financing, invested by BYD company. The funds will be mainly used to enrich R&D capabilities, strengthen the independent simulation engine, and accelerate product development and promotion.

LiToSim was established in July 2018, and is committed to developing fully independent and controllable industrial simulation software (CAE software) with international advanced level, which is used in the fields of machinery, aerospace, transportation, electronics and energy. It provides users with a full range of services including overall solutions, customized development, and professional technical consulting.

Yun Live (Chinese: 云现场) announced that it has obtained a strategic investment from the listed company Meitu (Chinese: 美图). At the same time, Wu Xinhong, the founder and CEO of Meitu, will serve as the director of Yun Live. Yun Live is a cloud live platform that provides high-quality conference content. In addition to online events and Metaverse events, Yun Live also provides services including photo live broadcast, video live broadcast, and cloud connection for offline events.

Founded at the end of 2020, Xianlong Technology focuses on the R&D and sales of 3D measurement and inspection products, as well as machine vision, artificial intelligence and intelligent manufacturing solutions, which can be widely used in consumer electronics, auto parts processing, semiconductor production and other fields.