Here we present an exclusive interview with Mr. Geng, co-founder of ThunderSoft. 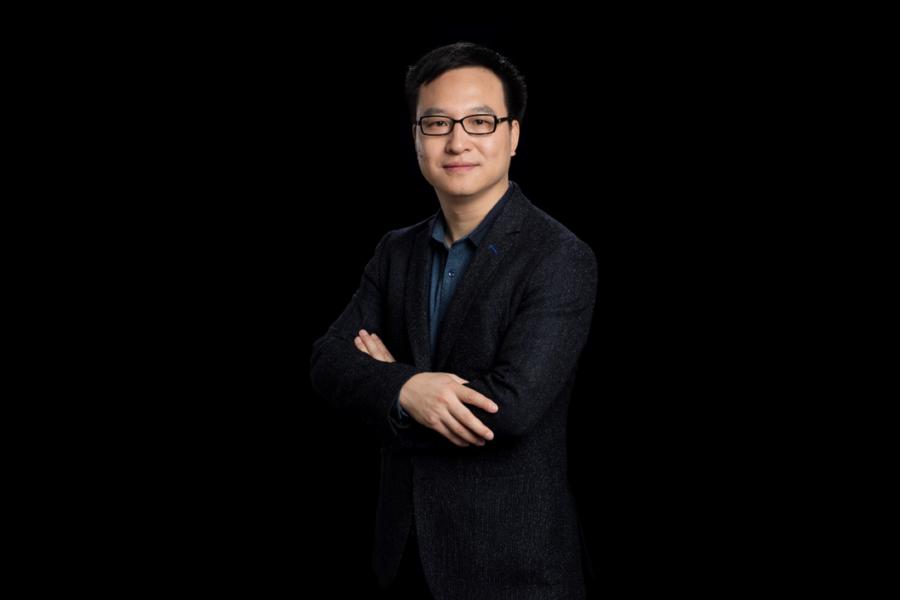 Consumer Electronics Show (CES) is the most influential tech event in the world, providing ground for breakthrough technologies and global innovators. This year's CES 2023 took place the first week of January in Las Vegas; from consumer electronics to automotive technology, new energy vehicles, represented by electric vehicles, have become the highlight of CES step by step.

The exhibition has more than doubled in size compared to 2022, with around 100,000 in-person attendees at the four-day event, more than 2,400 exhibitors covering 166 countries and regions, and over 480 companies from China. Chinese tech firms, electric carmakers, and even some upstream and downstream enterprises of the automobile industry chain actively displayed their latest technologies and products at the show, including world-leading China-born technology companies, represented by ThunderSoft.

ThunderSoft, a leader in intelligent operating systems, showed off its new lineup at CES, aimed at OEM/ODMs, tier1s and other industrial players who want to realize their digitalization and intellectualization functions through advanced OS technologies. ThunderSoft’s theme for this year’s CES was “Intelligence at Service” to show the latest technologies and solutions, covering UI design, edge AI and vision, IoT modules and devices, AIoT and edge solutions, system technology, and service and IoT platforms, as well as smart automotive, altogether six fields. 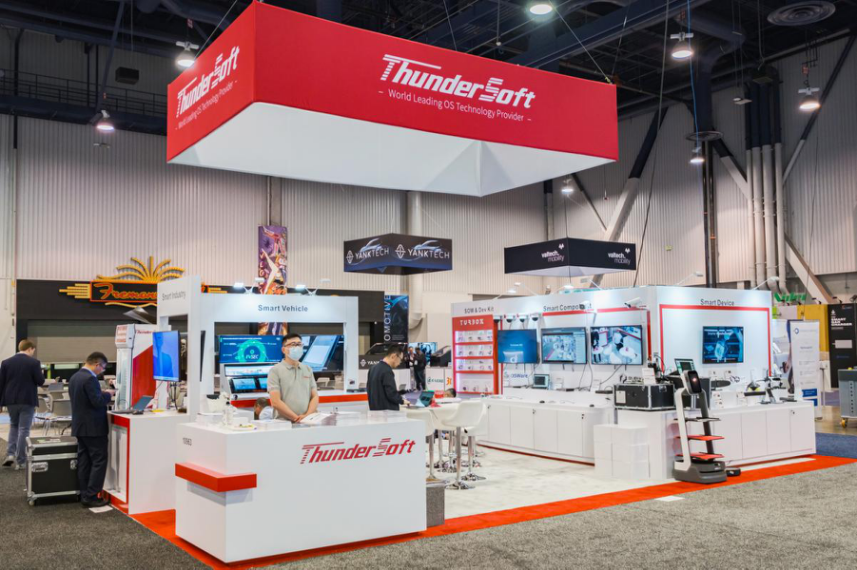 ThunderSoft's E-Cockpit 7.0, the seventh-generation cockpit product, was successfully launched this year. The new generation of the smart cockpit has made deeper upgrades in computing power, user experience and IoT capability, especially the first application of HMI 2.0, bringing unprecedented personalized intelligent experience for users. In addition, E-Cockpit 7.0 also provides applications and functions such as immersive cockpit games, intelligent assistants and scene engines, which can meet the market's expectations for intelligent cockpits. 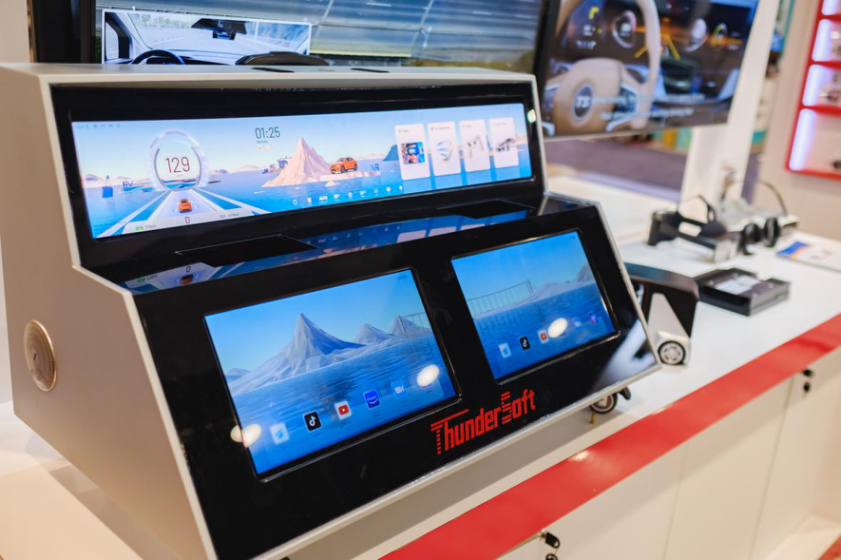 Moreover, autonomous driving domain controller has become one of the market segments with huge potential, driving the rapid growth of upstream chips, OS, middleware and other domain control-related software and hardware products. In light of this industry change, EqualOcean had an exclusive interview with Mr. Zengqiang Geng, co-founder of ThunderSoft, to share the company's progress in this specific market.

EqualOcean: What new products and technologies have been released at CES for ThunderSoft?

The first product is E-Cockpit 7.0, our latest cockpit platform. It uses Qualcomm's 8295 chip to bring the entire cockpit experience to a new level, and it's a huge performance boost for us, supporting many applications' interaction between screens, data interaction and personal data processing. The entire UI is customizable. It can support both the high-end car configuration, and also the mid- to low-end vehicles' configuration, demonstrating its strong application capabilities.

Our second product is RazorWareX 1.0, the first generation middleware product from ThunderX. This middleware product for autonomous driving can realize multi-domain communication, deterministic time delay scheduling and so on. These functions, coupled with the operating system, can ensure the quality of the upper layer algorithms of autonomous driving.

EqualOcean:  What are the major improvements in our intelligent cockpit compared to previous generations of products?

ThunderSoft: One is that it supports the latest Qualcomm 8295. Secondly, it implements a new HMI solution, making it more flexible to define software windows and applications. Thirdly, many smart functions have been greatly enhanced.

EqualOcean: What are the competitive advantages of our newly released CMS products in the international and domestic market?

EqualOcean: As a subsidiary of ThunderSoft focusing on the field of domain control, how is ThunderX's current business development shaping up?

ThunderSoft: ThunderX has only been established for one year, but has already received strategic investment from Qualcomm and Luxshare. We are doing research and development on both hardware and software, focusing on autonomous driving. This is a brand new field for ThunderSoft, so we set up a new company to conduct this business. After Qualcomm and Luxshare's investment, Luxshare will provide the entire supply chain production support, whereas Qualcomm will provide the entire chip technological support. Together with ThunderSoft's operating system technology, ThunderX has been enabled to create the most advanced software and hardware computing platform for autonomous driving. 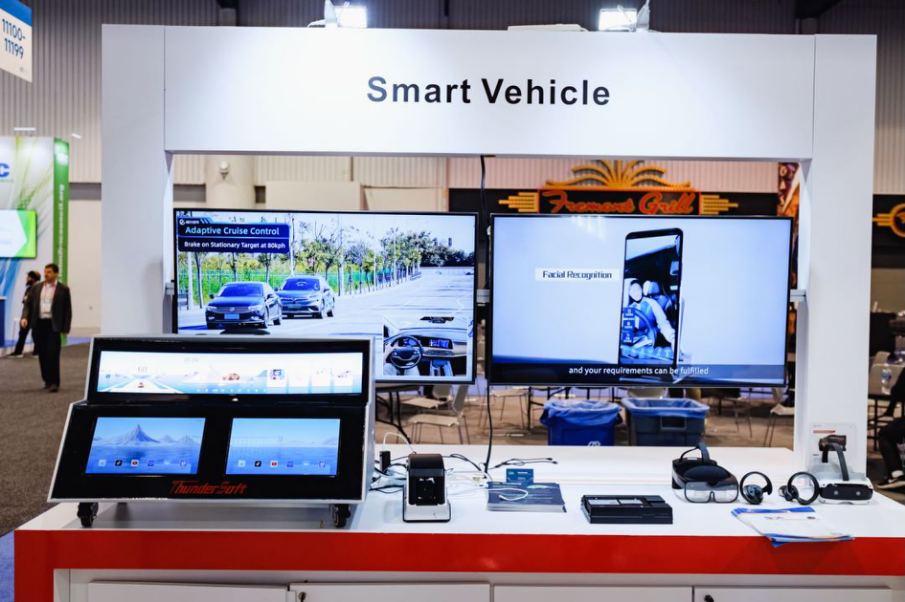 EqualOcean: Can you tell us more about ThunderX's latest product RazorWareX?

ThunderSoft: Autonomous driving places very high requirements for reliability, safety and implementation, so it requires a middleware operating system with a very high level of reliability, safety and implementation. For autonomous driving algorithm providers, an OEM may use different hardware platforms, but it needs to use the same set of algorithms, demanding a set of middleware to provide global scheduling and other substantive functions that are needed, to meet the requirements of dispatch order security. The set of middleware also makes the cross-platform development of algorithms easy. When changing the bottom platform, the hardware platform is easy to traction.

This all requires a good middleware platform, and RazorWareX is the set of middleware to complete these tasks. RazorWareX realizes the communication between different chips, real-time communication, and global scheduling, with an automatic code generation function.

EqualOcean: What is your major business focus, the domestic market or overseas?

ThunderSoft: We are doing our business in the global market, incorporating both overseas and domestic markets. Currently, all OEMs except for Tesla are our customers, and we rank No.1 in the Asia-Pacific region in the field of vehicle cockpits. Major automakers from North America and Europe are also our important customers.

About ThunderSoft and ThunderX:

ThunderSoft (Chinese: 中科创达), headquartered in Beijing and listed on the Shenzhen Stock Exchange (SZ: 300496), has deeply developed the automobile software market ever since 2013 and has accumulated abundant technology of operating systems, 3D engines, machine vision, voice and audio, automatic test, etc. of Smart Connected vehicles. As the provider of operating system technology and products being widely applied to the whole vehicle smart operating system in the global market, the company has established extensive and close cooperation with leading global partners, including chip and sensor manufacturers, Internet application and service providers and operating system providers.

Configured with a high-real-time and high-bandwidth communication backbone network between MCUs and SoCs of the domain controller, RazorWareX 1.0 can fully deploy hardware computing resources, share sensor data and provide AI algorithm with run time environment. In terms of functional safety, RazorWareX1.0 is satisfied with ASIL-D level, which means it supports FFI-Freedom from Interference for partitioning of modules at different level. Meanwhile, it can monitor the operation of modules as well as their inputs and outputs.

Mr. Larry Geng is the co-founder of ThunderSoft. He graduated from Tianjin University in 1996 with a bachelor's degree and got his postgraduate degree from the Institute of Software Research of the Chinese Academy of Sciences in 2000, with a research focus on operating systems. He has 15 years of working experience in software engineering and operating system development. Since 2009, he has been working for ThunderSoft, mainly responsible for group strategy, overseas market development, strategic cooperation and M&A, etc.