We at EqualOcean tracked the major funding rounds or industry events that took place in China's consumption space in January 2023. And the following is a list of deals that we have selected for you, based on a number of criteria, including the funding amount, the financial backers, and the segments in which the companies operate. 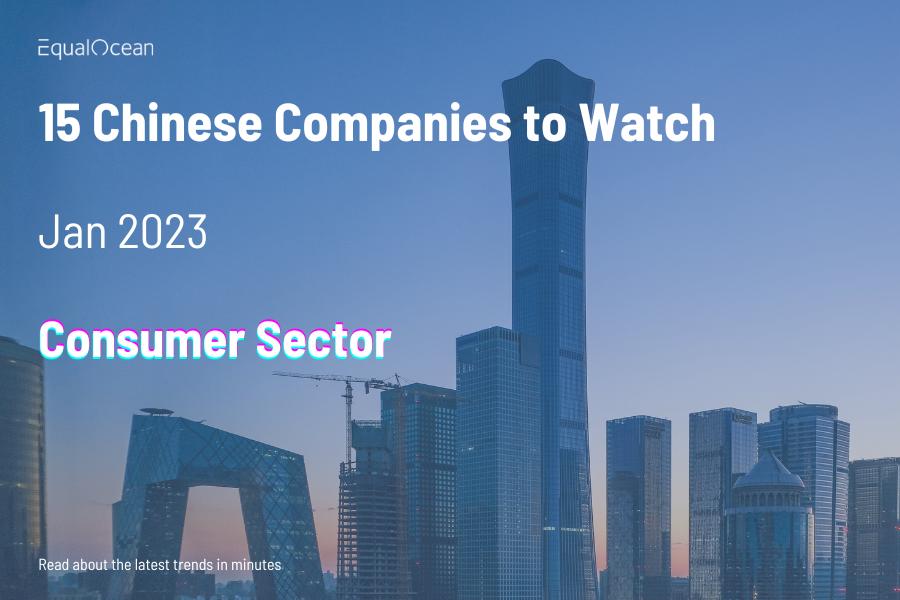 UGREEN (Chinese: 绿联科技) passed the listing hearing on January 6, scheduled to be listed on the Shenzhen Stock Exchange, with Huatai Securities (Chinese: 华泰证券) as the sponsor.

UGREEN completed a strategic financing of CNY 300 million in June 2022. GL Ventures (Chinese: 高瓴创投) was among the investors.

Fenbi LTD. (Chinese: 粉笔科技, HK: 2469), a Chinese career education institution, listed on the Main Board of the Hong Kong Stock Exchange on January 9 at an issue price of HKD 9.90 apiece. CITI, CICC and BAS were the joint sponsors.

The funds raised will be used to enrich course content, strengthen content and technology development capabilities, marketing, and expand the customer base.

MetteCashmere (Chinese: 羊绒世家) filed a prospectus on January 6, planning to list on the Shenzhen Stock Exchange.

MetteCashmere is an apparel company with cashmere, wool and other plush materials as its core, and its main businesses are apparel design, research and development, production and sales.

The proceeds will be used for product development, supply chain system improvement, and channel expansion for marketing and sales.

The mid-to-high-end brand was founded in March 2021 and specializes in the development of pet foods with an emphasis on gastrointestinal health, coat care, and postural care.

Chinese online learning service provider QuantaSing Group (Chinese: 量子之歌) debuted its stock on the Nasdaq under the symbol QSGon Friday, January 20th. The company raised about USD 40.6 million by offering 3.25 million American Depositary Shares (ADS) at an estimated range of USD 11.50 to USD 13.50 a share with underwriters Citigroup and CICC.

The funding will be used to improve the user learning experience and content development capabilities, expand services and overseas business, improve technology infrastructure, and marketing and branding.

In the last twelve months, QuantaSing Group Limited generated USD 403.2 million in revenue and had a net loss of USD 13.7 million.

FreeYond was founded in May 2022 and has launched 2 smartphones and 1 TWS headset. Its products are sold in Latin America, Africa, Southeast Asia, Central, and Eastern Europe, etc. The company's online channels include AliExpress, Mercado Libre, Jumia, Amazon, and Shopee.

Genderless apparel brand bosie (Chinese: 伯喜) closed a CNY 100 million Series B2 round of funding on January 17 from individual investors, and the use of the proceeds was not disclosed.

According to its official social media account, bosie is a gender-neutral clothing brand targeting the "Generation Z" consumer group born after 1995. Currently, bosie has 8 directly-managed shops and 24 affiliated shops in China, mainly in first-tier cities. 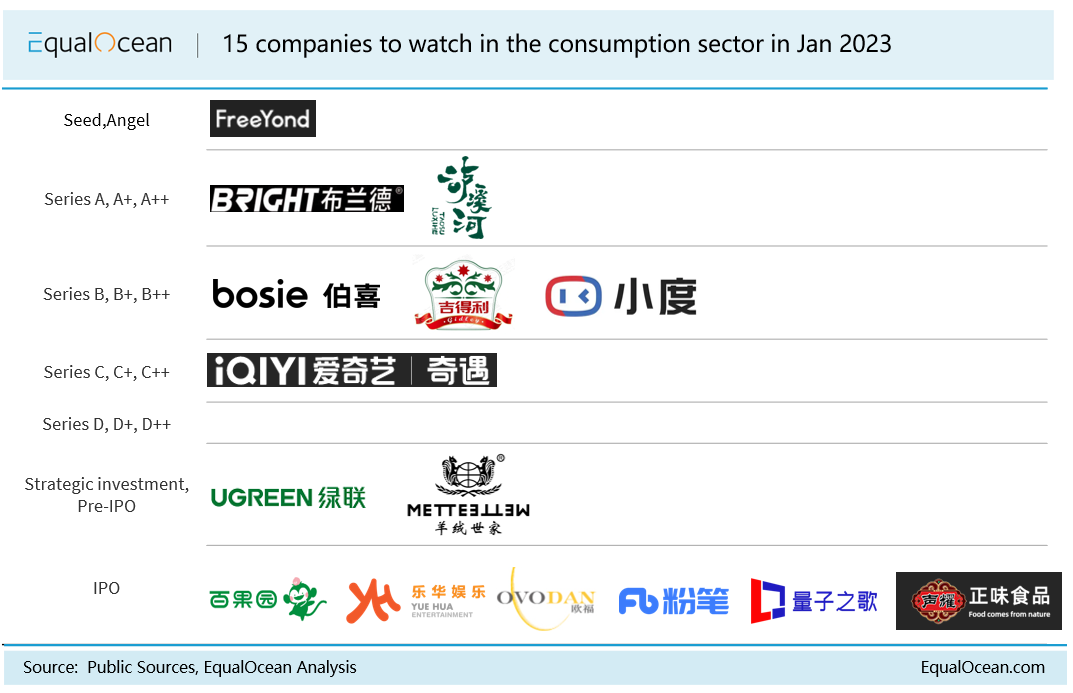 According to the firm's prospectus, it aims to get about CNY153.70 million to upgrade the assembly line, expand production, and add more liquidity.

The company will allocate CNY 63 million of those funds to upgrade the assembly line for egg products, CNY 60 million to the project of production expansion of 15,000 tonnes of egg products, while the rest will be used for working capital.

Chinese entertainment group and talent agency Yue Hua Entertainment Group (Chinese: 乐华娱乐集团, HK02306) went public on Hong Kong Stock Exchange (HKSE) on January 19. It opened at HKD 5.60 per share and closed at HKD 6.03 per share, up 47.79%, with a turnover of HKD 298 million and a market cap of HKD 5.25 billion.

With the funding from the IPO, Yue Hua Entertainment plans to invest in artist management, grow its pan-entertainment business, expand its music IP library, and promote the live performances of its artists abroad. The general corporate operations of the company will receive a share of the proceeds.

The entertainment agency was founded in 2009 and engages in artist management, music IP production and operation, and pan-entertainment business.

Xiaodu plans to set up Xiaodu Technology IoT headquarters in Wuxi Huishan Economic Development Zone. It aims to create integrated smart home systems based on the technology of DuerOS, and to help accelerate industrial clustering. Formed in 2014 and headquartered in Beijing, Xiaodu Technology is the developer of DuerOS, an AI-based voice assistant system that supports television, speakers, and other smart home appliances.

Proceeds from the round will be put into supply chain management and digitalization. Founded in Nanjing in 2013, Lu Xi He (Chinese: 泸溪河) is a bakery chain making Chinese pastries. It has over 360 directly operated stores nationwide.

Proceeds will be put into constructing a new factory and buying production lines, building up snack production capacity, enhancing marketing, and expanding sales channels, and some will go into business operations.