CCHT has formed the development platform for three industries including ge

Changchun High-tech Industry, founded in 1993 and was listed at Shenzhen Stock Exchange in 1996. It has established its industrial orientation with the biopharmaceutical industry as the primary and real estate industry as the supplement, has formed the development platform for three industries including genetic engineering pharmaceuticals, biological vaccines and modern traditional Chinese medicine. The main shareholders are Changchun Gaoxin Chaoda Investment Company, Jin Lei and Lin Dianhai. The company's direct and indirect competitors include Yongan Pharmaceutical, Da An Gene and Beijing Genomics Institute.

The official results of the French parliamentary elections were announced, and the ruling party coalition held a relatively large number of seats

The producer of long-acting growth hormone acupunctures, vaccines and other drugs, looks set to offset the effects of so-called “centralized procurement” on its product prices with more aggressive expansion into private hospitals. So far, its monopoly appears unshakable, but with more competitors upping the stakes, how long will it last?

Galaxy Securities: the penetration rate of assisted reproduction in China is expected to increase in the future

Guotai Junan: the floor washing machine industry is in the boom stage of high growth, and all brand participants are expected to fully benefit

Zhongda'an: Wu Junye, the controlling shareholder, plans to reduce his holdings by no more than 2%

He Chen, former producer of mango TV "Ming detective" and "sister Lang", left to start a business and was invested by Tencent

For half a day, the main funds increased their positions in construction stocks and sold off pharmaceutical and biological stocks

Opportunities and Challenges Hidden in the CGT Industry in China

CGT (Cell and Gene Therapy) is a sector with high growth potential. CAR-T, as one of the main CGT currently, presents great value for both doctors and patients. This article showcases the industry pain points and opportunities faced in the CAR-T sub-sector.

The market for cell therapy products such as CAR-T is expected to expand rapidly based on increasing investment from the industry and the implementation of advanced technologies.

JHM Biopharma Raised Over CNY 100 Mn in Series A+

Fuman micro collapsed in the afternoon, and the stock price was close to the limit 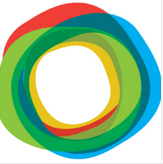 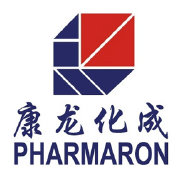